Review: How to choose between DJI Pocket 2 and DJI OM 4 smartphone stabilizer

The DJI Pocket 2 and the DJI OM 4 smartphone stabilizer are geared towards content creation, but which is for you?

Staying home, without a distinct separation between work and leisure, is doing my head in. Only times I disengage more than a few feet from my laptop is when I traipse to the food court and – you guess it – buy home some food or out for an evening run. And so, till we are liberated, to while away the hours, somewhere along the line, I tumble down the rabbit hole of YouTube.

A felinophile might relish a 5-minute video from MilkyBokiTan bunched together from footage from pet cams and smartphones. If you miss a long scenic drive across a picturesque milieu, you might enjoy a half-hour footage straight out of a mounted action or dash camera. For judges of production and entertainment value, a variety show channel such as Blimey is supported by a sizable crew.

One thing for certain is that higher production value doesn’t immediately translate into viewership. You don’t need professional grade equipment to produce fashion runway-worthy teasers to become a popular content creator on YouTube, even though you may reconsider upgrading when you make it into prime time.

A box of DJI products

When I was dispatched a box of review units by DJI, I had to envisage how this press review was going to pan out. I don’t have a mukbang fellowship to evaluate not only an embarrassment of flavourful instant noodles, but how the DJI Pocket 2 differentiates itself from the existing setup employed, for instance. There is one palpable reason I let written words be my voice for the verbal eloquence I sorely lack.

Short of a creator of video content, I find myself fiddling around with the DJI Pocket 2. The diminutive form leans itself towards spontaneity and it is fun to use. It is straightforward, and what it lacks in size, it compensates with imaginative features. An engaging gadget that works right out of the box from the moment you switch it on, it works so simply and intuitively, yet in no way, it feels inadequate considering it is about the size of a calorific candy bar.

Swiping the small but vivid touch screen, which doubles as the viewfinder, in all directions brings up a menu that facilitates the option to shoot in full HD HDR, 4K, slow motion, live streaming and more.

Counting photography as a pleasurable pastime, how can I not tap into the timelapse feature? Even though I don’t have a miniature tripod to mount the DJI Pocket 2 like I am supposed to, I manage to improvise and align the camera correctly for it to work behind the fully glazed bedroom window, looking out to a vast expanse. The tonality of images is natural and reflective of the actual scene. Kicking back and completing other tasks, I let the DJI Pocket 2 record the subtle to dramatic transition to the scenery, with minimal effort.

The DJI Pocket 2 can be adjusted to pursue the intended subject. The mode I find most useful, however, is FPV and coupled with 2x zoom, it closely replicates how my eyes perceive things in reality, while the built-in microphone doesn’t disappoint.

The DJI Pocket 2 comes with several practical accessories, allowing you to connect your smartphone, to transfer files, edit footage and act as a large viewfinder, via the DJI Mimo app.

The pairing of smartphones leads us to the next product in the box – DJI OM 4 smartphone stabilizer. Unlike the DJI Pocket 2 which functions independently of the smartphone, the DJI OM 4 forges a symbiotic relationship with your smartphone.

Latest top-of-the-range smartphones offer excellent optics and the images they produce are beyond satisfactory for amateur content creators and hobbyists. One aspect it can never circumvent, especially when it gets slimmer with each generation, is ergonomics and the advantage of a dedicated stabilisation mechanism. With the DJI OM 4, the smartphone can leverage on the stabiliser’s gimbal and battery for smoother and prolonged experience. With the innovative magnetic attachment, my smartphone just latches securely onto the DJI OM 4.

More than just a stabilizer, the accompanying DJI Mimo app adds a number of creative solutions, such as Spin Shot Gimbal Movement, Motionlapse, Hyperlapse and more.

Settling on a choice

What comes between the DJI Pocket 2 and the DJI OM 4? The former operates not unlike the smartphone. You can fish it out of your pocket and begin capture right away, recording precious, ephemeral moments before they dissipate. At the same time, if you gravitate towards conceptualisation and adding depth to storytelling, the DJI Pocket 2 is ably capable of that as well.

On the other hand, the DJI OM 4 could potentially entail a comparatively more elaborate setup. Because it is slightly larger than the DJI Pocket 2, you will need to consider how you want to store and transport it when you leave home. Especially if you own the best smartphone in the market, chances are you will want to harness all its might and pair the smartphone with the DJI OM 4 alongside a mini boom mic and ring light.

In lieu of investing in a full semi-professional rig which will no doubt add to the cost and bulk, the DJI OM 4 represents a palatable and attainable alternative. While I enjoy both, personally I am set on the DJI Pocket 2, chiefly because I can set the camera to timelapse while still be able to play with my phone.

All images and videos by DJI 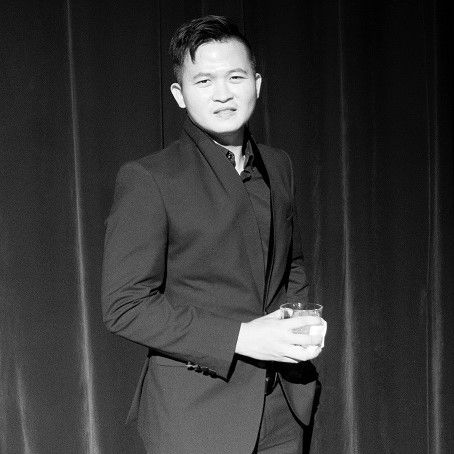