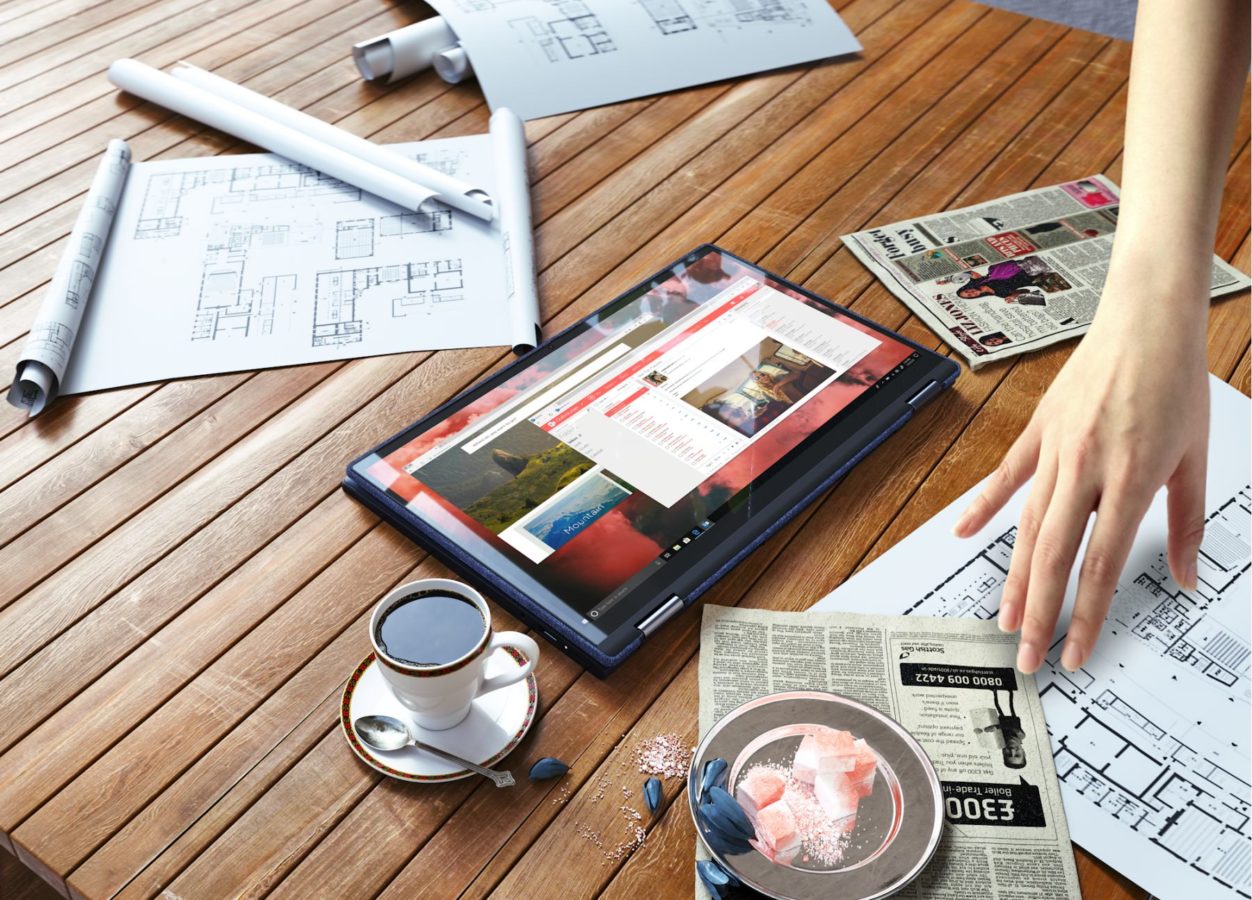 Review: Is the Lenovo Yoga 6 AMD as flexible for work and play as it sounds?

Gear
Review: Is the Lenovo Yoga 6 AMD as flexible for work and play as it sounds?
Share this article
Next article

After working from home for close to a year, is the Lenovo Yoga 6 AMD laptop the better colleague to have?

Sometimes, you just want a laptop that can do it all without bursting the budget. For that, the Lenovo Yoga 6 AMD may be the 2-in-1 option that can answer your problems. Lenovo recently released a whole range of Yoga laptops that fit every budget and every type of use. I got to take the Yoga 6 AMD for a spin on its cloth-bound back for two weeks, and here’s what I think of it.

Did I mention cloth-bound back? You didn’t read wrong. The Yoga 6 AMD actually has a stunning blue cloth cover. Now, you may think that a cloth cover may not be the most ideal for clumsy people. I thought the same too, but the feel of the cloth is surprisingly nice to have, made better by the fact that it’s water- and stain-resistant. There was one caveat; if you have a cat at home that enjoys sharpening its claws on things with fabric, you may want to give this a miss.

With 2-in-1 laptops becoming more of the norm these days, I was appreciative of how the Yoga 6 AMD had several configurations I could use: laptop, tent, tablet, and stand. The laptop and tablet configuration speaks for itself, but I particularly enjoyed using the stand mode (like a backwards-facing laptop) for watching Netflix.

Here’s where the Lenovo Yoga 6 AMD really gets to shine. The laptop comes with an AMD Ryzen 4000 Series Mobile Processor with optional AMD Radeon graphics, up to 16GB of DDR4 RAM, as well as up to 1TB SSD PCIe M.2 of storage. While upgrading it to the maximum specs will make it an overall better laptop than most in the market, it’s also going to cost a pretty penny. However, with these specs, you can be sure that what you’re getting makes for a laptop that’s equipped to do not just regular working tasks but also creative tasks and the occasional gaming.

What if you wanted to do all that but worried about the battery power? Worry not, as the Yoga 6 AMD boasts up to 18 hours of battery power. I easily powered through a whole day of work on the laptop with songs playing in the background and still had more than leftover to kick back and stream some Sex and the City after-hours.

Privacy is and always will be a top concern, now more than ever. Lenovo wants to help you be at ease with this by introducing a few features, like the TrueBlock webcam privacy shutter and built-in fingerprint reader. Gone are my days of using a piece of tape to cover the webcam.

Coming from someone who knows her way better with a Windows competitor, the Lenovo Yoga 6 AMD was easy enough to use. The interface is easy to navigate in laptop mode. Changing to tablet mode is also easy with just two clicks. However, the screen itself is a fingerprint magnet, which may irk some people.

It’s hard to find something to disagree with the Lenovo Yoga 6 AMD. It’s an all-round good 2-in-1 laptop to have with a starting price that doesn’t break the bank. If you, like me, have always wanted to get a tablet but don’t want to move on from a laptop, this gives you the best of both worlds for the price of one.

The Lenovo Yoga 6 AMD is priced starting at RM3,929. Find out more here.

lenovo lenovo yoga 6 lenovo yoga
PohNee Chin
Editor, Kuala Lumpur
Poh Nee is the editor and writes about travel and drinks. When she's not living out her holiday dreams via Google Earth and sipping on an Old Fashioned down at the local bars, you can find her snug at home bingeing on Netflix and mystery fiction.
Travel Drinks

How to find out everything that Facebook knows about you