Samsung only has two major keynote events in a year — the first usually happens between February and March where Samsung introduces its first of two flagships, the Galaxy S Series. The second usually occurs in August, and that’s what people look forward to the most. This is when Samsung pulls out all the stops like how it did this year for both the Samsung Galaxy Note 10+ and Galaxy Note 10 premium flagship smartphones.

Being all about smartphone innovations, every year it seems as though Samsung is raising the bar with its smartphones. This year marks the first time that two flagship Galaxy Note devices are released instead of one. With the Galaxy Note 10 already being a gargantuan beast, the Galaxy Note 10+ is on another level entirely.

At first glance, you will notice the obvious difference between the Galaxy Note 10 and the Galaxy Note 10+. The latter comes with a 6.8-inch AMOLED display, making it the biggest smartphone thus far. One of the greatest innovations Samsung has made on how we view smartphones (literally) was by removing the top notches entirely.

In its place is the Infinity-O display, which replaces the notch with a single circular cut-out for the camera. This acts as both the front-facing and face recognition camera while still giving you an uninterrupted view. To further sweeten the deal, the Galaxy Note 10+ has virtually no bezels on its display screen, meaning that you get maximum screen with minimum cutbacks.

The overall design of the Galaxy Note 10+ also doesn’t stray too far away from its predecessors. It’s ergonomic and lightweight, making it easy to rest on the palm of your hand. The sides of the smartphone are still curved, which may cause some accidental slips from your hands. Overall, it’s a fluid and sleek build that is capable of giving you the best of what it has to offer.

This is coupled with 12GB of RAM, making the Galaxy Note 10+ a versatile behemoth. This brings together the best of speed and performance in a single device. Pair that with Samsung’s very own One UI experience and you have got the near-perfect Android smartphone in your hands. 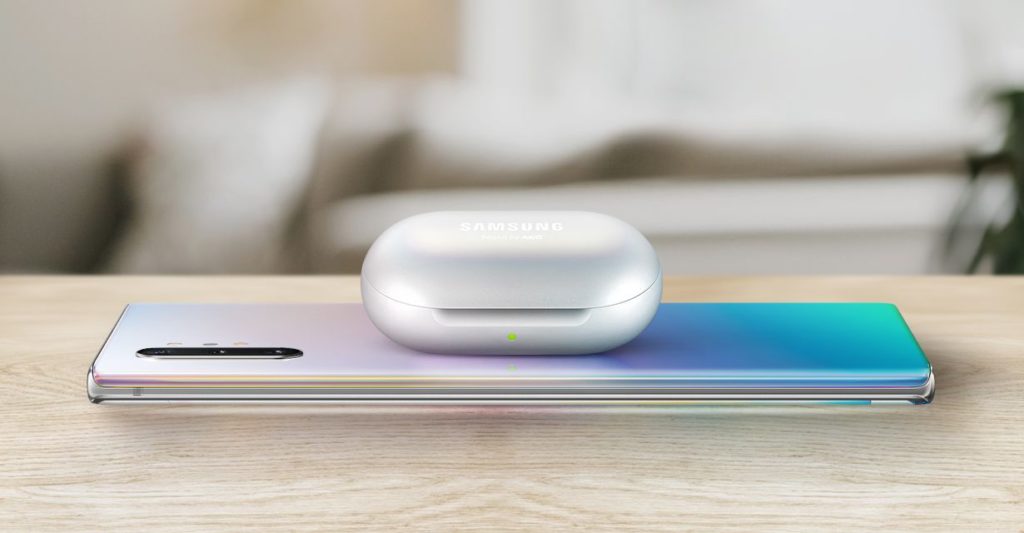 It also keeps up with the 2019 trend of having an ultrasonic fingerprint scanner hidden beneath the screen. While many other Android smartphones boast significant speeds when it comes to unlocking the device, the Galaxy Note 10+ slightly falters at this section as it takes a few tries before getting it right. Thankfully, it’s facial recognition software is top-notch, which evens things out in the end.

Gear
What are smart beds and why do you need one in your life?

Another way the Samsung Galaxy Note 10+ is keeping up with the times is with its all-new triple-camera system. Its placement also differs from the Galaxy S10+, which was horizontal while the Galaxy Note 10+ is vertical. It now carries a 12MP wide and telephoto lens while its ultra-wide lens stands at 16MP.

This powerful pro-grade camera system packs a punch, allowing you to shoot and edit on the fly with the Galaxy Note 10+. While Samsung’s cameras have always been good, it’s the video shooting department where it’s currently making strides. Videos can now be shot in 4K UHD quality with a super steady motion. This is thanks to the optical image stabilisation (OIS), which comes with both the wide and telephoto lens.

The wide camera lens also comes with an adaptive dual aperture feature allowing it to auto-adjust itself depending on the lighting situation. Now you can keep your shots sharp in the daylight and bring in more light in darker surroundings.

Augmented Reality (AR) is also a thing that Samsung is constantly pushing boundaries with and the Galaxy Note 10+ is the end product. You can now bring what you see on its display to life thanks to its DepthVision camera paired with AR intelligence.

The Samsung Galaxy Note 10+ comes with plenty of useful features that will make your daily life easier and smoother. One way it goes about doing so is with the latest edition of the S Pen. The design of the S Pen is slim and elegant with a unibody feel, allowing your fingers to wrap around it easily and effortlessly.

The S Pen can now act as a remote control as well. Whether you’re showcasing a presentation, watching a video, or even snapping a photo — the S Pen can help you achieve all that with a simple click of a button. It also responds to gestures known as air actions; rotate clockwise or counter-clockwise when the camera app is open to change angles, increase or decrease the volume with a simple swipe up or down, and even scroll through your gallery by swiping left or right.

However, one of the greatest updates to come to the S Pen is the ability to turn your handwriting into text instantly. Turn your mindless notes and ramblings into full-blown readable text that you can copy, paste, and share to your friends and family.

Samsung is known for setting the bar when it comes to Android smartphones year after year. It’s no surprise that it’s the number one smartphone manufacturer in the world right now given how much innovation goes into its devices. From its design down to its intuitive functions, the Samsung Galaxy Note 10+ is a shoo-in for the smartphone of the year yet again.

Samsung smartphones samsung galaxy note 10
Wi-Liam Teh
Senior Writer
Wi-Liam is a geek at heart with a penchant for tattoos. Never without a drink in hand (preferably whisky, gin, or Guinness), he is also a writer by day and a keyboard warrior by night. On his day off, he masquerades as a streetwear and sneakerhead enthusiast while his bank account says otherwise.
Tech Cars Watches Entertainment Food Drinks