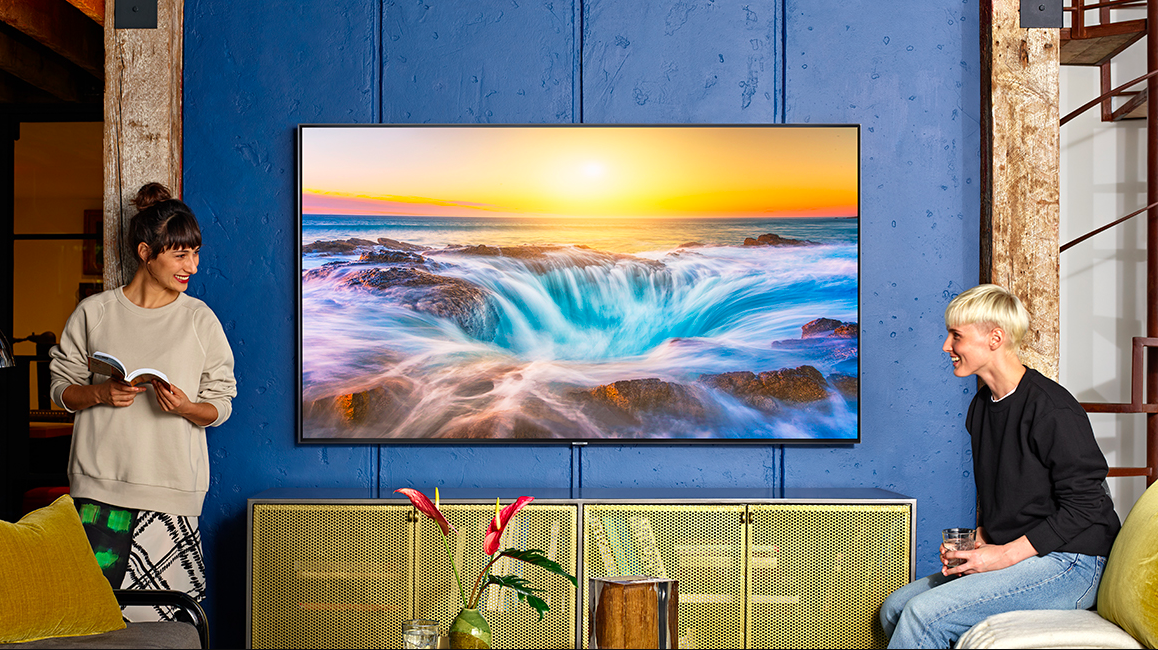 The world of technology is full of constant innovation, whether it’s with smartphones, televisions, or even smart home devices. There are plenty of tech juggernauts at the moment with the likes of Apple, Google, and Huawei hot on the heels of runaway leader of the tech world, Samsung. The Korean titan has already proven its mettle with its smartphones and its already planning to overthrow the consumer technology world of televisions with its Samsung QLED 8K TV.

Samsung televisions have long been known to pave the way for innovative technologies in televisions, much like its smartphones. It started out in 2006 with its Bordeaux LCD TV before moving onto LED TVs, being the world’s first edge-lit LED TV in 2009. However, it wasn’t until 2010 where it upped the ante with the world’s first smart TV with a built-in app store included.

2013 and 2014 were big leaps for Samsung as that was the first the world has ever seen a curved OLED TV as well as the first curved UHD TV. If being the groundbreaker in innovative television technology is not enough, 2017 was when it hit its stride with its QLED TV series.

QLED stands for quantum-dot LED, which is Samsung’s proprietary technology for its televisions. Quantum dots are there to enhance the overall performance of the television in terms of colour, brightness, clarity, and contrast. What this means is that Samsung’s QLED TVs will have the best possible picture to showcase at all times.

But what is it about the Samsung QLED 8K TV that makes it the best amongst a sea of competitors? For starters, it’s one of the few tech giants that are currently carrying 8K resolution televisions. While 8K may not be anything new by now, Samsung takes it up a notch with its Quantum Processor 8K. This allows the television to remaster any content, whether present or past into stunning 8K detail. It also optimises the sound level for each scene, ensuring that you will be able to pick up the most faintest of dialogues in the midst of the action. The Quantum Processor 8K is also capable of adjusting its brightness automatically to suite the room’s environment.

Samsung also ensures that 8K quality is readily available through its televisions, even if the content isn’t calibrated for 8K resolution. This is with the help of 8K AI Upscaling, which turns anything you watch into 8K. Now you can enjoy all your favourite movies from the past in the clearest picture quality imaginable.

The design of the Samsung QLED 8K TV is also one of stunning detail, capable of blending into the background while still being a statement piece. Its border-less, picturesque display is the pinnacle of technology, allowing you to fully enjoy your shows without any bezels in the way. Cable management is also something Samsung prides itself on; long gone are the days of cable clutter as everything is wrapped into a single white cable, which leads into centre console box.

This is known as the ‘One Invisible Connection’, which will create a clean, seamless, and minimalistic look. To complete the look, Samsung also throws in an easy-to-install ‘No-Gap Wall Mount’. This keeps the television close to the wall to create a clean line.

Another notable feature of the Samsung QLED 8K TV is its ability to adapt to its surroundings. With the help of its Ambient Mode feature, the television can now feature artworks, mimic your rooms décor, and much more. This gives the television a sleek and sophisticated look even when it’s not being fully utilised.

If you’re looking to invest into your home, the Samsung QLED 8K TV series is one you should consider. It’s beautifully designed while still giving you the greatest it has to offer in terms of picture and audio quality, performance, and design.

Samsung samsung tv samsung qled 8k tv
Wi-Liam Teh
Senior Writer
Wi-Liam is a geek at heart with a penchant for tattoos. Never without a drink in hand (preferably whisky, gin, or Guinness), he is also a writer by day and a keyboard warrior by night. On his day off, he masquerades as a streetwear and sneakerhead enthusiast while his bank account says otherwise.
Tech Cars Watches Entertainment Food Drinks