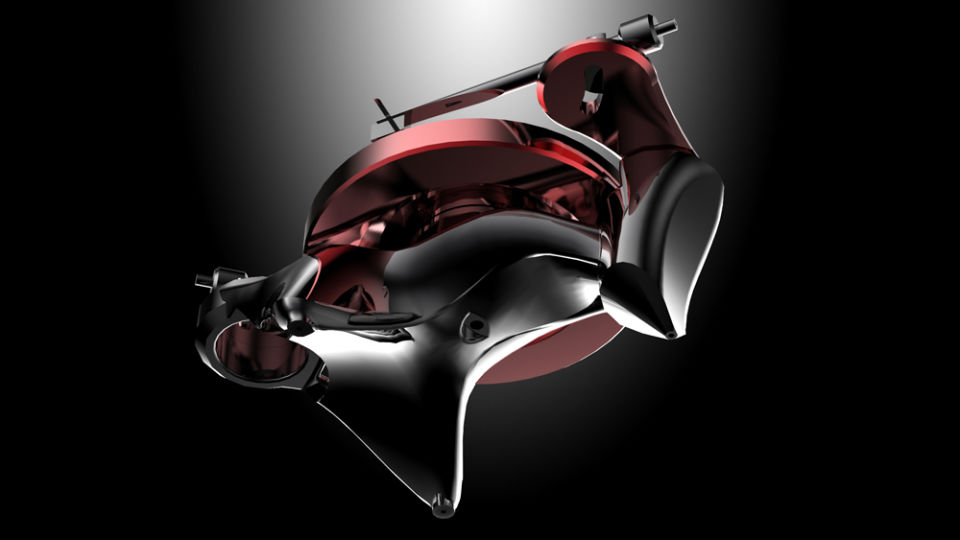 When you think of a turntable, chances are the image of a ‘basic’ metal-plated electronic comes to mind. While there’s absolutely nothing wrong with that, why settle for less when you can have something far sleeker to take centre stage when you spin a tune or two?

Enter the Phonographic Perambulator Turntable. It’s fashioned from a solid block of aircraft grade aluminium and titanium, with a ‘free-flowing’ form and crimson platter topped with an acrylic platter mat. It is also equipped with a tonearm of pure Sapphire tube and jewelled bearings and runs on a Swiss Maxon motor belt-driven system. The design is by Metaxas & Sins, a Netherlands-based audio company founded by award-winning designer and recording engineer Kostas Metaxas.

Gear
Splurge: Tear down the streets in this RM78,366 Cervélo P5X Lamborghini bicycle

The brand has been creating high-end hi-fi with the most futuristic designs. Other projects to have captured the public’s imagination includes the skull shaped Marquis Memento Mori headphone preamplifier which looks like it’s from a villain’s lair and the Siren speakers which has an organic, almost otherworldly aesthetic. Like any other of Kostas Metaxas’ creations, the Phonographic Perambulator Turntable is handmade by him and his two sons. It will debut at the Munich High End Show in May, but it’s available for pre-order now with only five sets made available.

Just the thing to kick-off your DJ career.

Music Tech Splurge Metaxas & Sins turntable kostas metaxas Phonographic Perambulator Turntable Munich high end show
Jolin Lee
Contributor
Unlike most modern-day millennials, Jolin does not need caffeine or alcohol to power through the day (and night). Her eye for beauty is as sharp as her eyeliner flick, and she can spot your unblended eye makeup from a mile away.
Beauty Fashion Style Jewellery