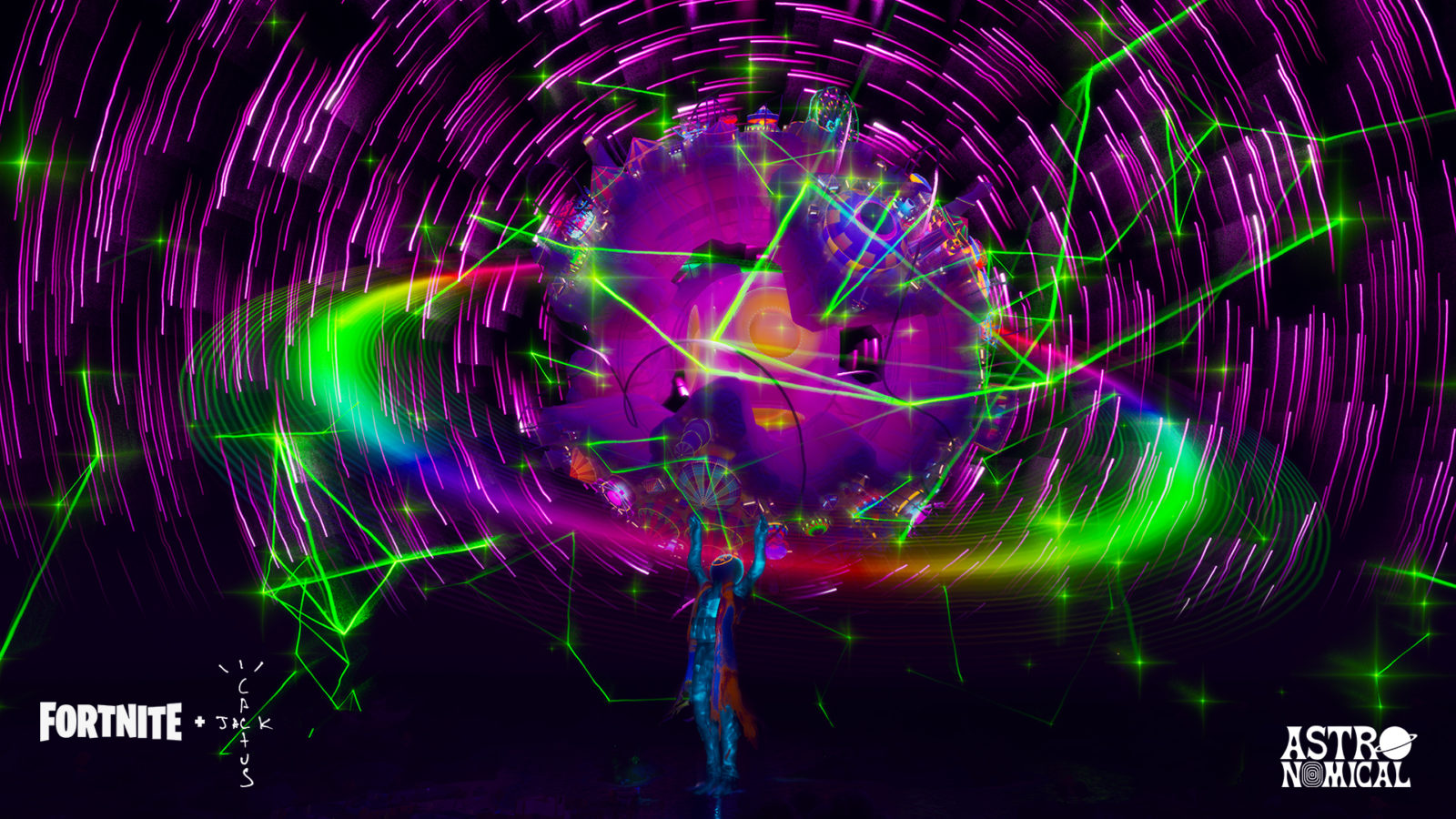 Are virtual concerts the way to go? Fortnite seems to think so

Gear
Are virtual concerts the way to go? Fortnite seems to think so
Share this article
Next article

Virtual concerts and Fortnite are soon to be a thing if its recent Travis Scott performance was anything to go by.

The battle royale online game known as Fortnite has been a trendsetter over the past couple of years. From weird dance emotes to overspending on in-game skins, the game has since become a platform for more than just gamers. Since its inception back in 2017, Fortnite and its creator, Epic Games, has been on everyone’s lips (and fingertips).

Its battle royale game mode has a vastly large player base, which grows on a day-by-day basis across both console and PC platforms. For the ‘Travis Scott Astronomical’ virtual concert, it brought in 12.3 million concurrent players while also pulling in over 27.7 million unique players, who participated 45.8 million times across five showings. To put it into perspective, Steam’s most popular game, Counter-Strike: Global Offensive hit only 1.3 million.

That just shows the influence Fortnite has over its players. It calls out to both millennials and Gen-Zs with its cartoon-like animations and easy learning curve. Unlike other battle royale games like PlayerUnknown’s Battlegrounds (PUBG), Fornite has also managed to stay relevant with plenty of collaborative work for its in-game skins. This includes partnerships with the NFL, Marvel, and even DJ Marshmello, who had a virtual concert in February 2019.

That virtual concert brought in 10.7 million players, which goes to show that Fortnite is on the right track. But it’s more than just the player count that matters most to Fortnite. Its Travis Scott Astronomical concert was also where Fortnite would eventually set the bar on what future virtual concerts would look like.

To achieve this, Fortnite had to come up with something that has never been done in online gaming before — bringing the atmosphere of a real concert to the virtual world. For those who have had the chance to witness Travis Scott live, one can attest to how much the atmosphere plays a part. It’s about creating an energy that can be felt by every single attendee.

How Fortnite achieved this was no mean feat; it required plenty of planning and hours of work. But the end result was worth it. When the concert began, a titan-like version of Scott appeared, so large that it could be seen wherever you were in the game. Throughout the 15-minute concert, Scott went through several changes in venue atmosphere and outfits. One saw players submerged underwater with a giant spaceman during one of Scott’s hits, ‘Highest in the Room’.

Given the number of players who were there to witness it, Fornite had quite possibly discovered the next best things when it comes to live performances. Seeing as the whole world is now stuck indoors, the next best way to allow others to congregate and socialise is via online games. Throw in an astronomical concert from one of the biggest stars right now, even better. While this would probably not catch on quite that quick, Fortnite is definitely on the right track when it comes to virtual concerts. And for the icing on top, Travis Scott also introduced his latest track, “THE SCOTTS”.

Even if the current MCO were to be lifted, things will never be the same again. We may well say goodbye to large group gatherings, concerts, and activities for the rest of the year or even the next if we’re not careful. Because of this, everyone is now turning to the internet for the next big thing. We believe Fortnite is spearheading it.

All images courtesy of Epic Games.

travis scott fortnite virtual concerts
You might also like ...
Style
Hublot collaborates with Yohji Yamamoto for an all-black Big Bang watch
Gear
Motorola goes sleek and sexy with the new Edge+ smartphone
Culture
Netflix releases a documentary on COVID-19 called ‘Coronavirus: Explained’
Gear
You can still date virtually during the MCO — Bumble shows you how
Wi-Liam Teh
Senior Writer
Wi-Liam is a geek at heart with a penchant for tattoos. Never without a drink in hand (preferably whisky, gin, or Guinness), he is also a writer by day and a keyboard warrior by night. On his day off, he masquerades as a streetwear and sneakerhead enthusiast while his bank account says otherwise.
Tech Cars Watches Entertainment Food Drinks

Review: 5 reasons why we love the Apple Watch Series 6 for fitness