From iPhone 14 to Apple Watch Series 8 launch, what to expect at Apple Event 2022

A series of new iPhone models and the next generation Apple Watch are among the products that fans expect to see at the Apple Event 2022 on 7 September.

The California-based company has always used its September event as the platform for its iPhone launches since 2012. This is why analysts agree that the company will showcase Apple iPhone 14 on 7 September.

Apart from iPhone and a new Apple Watch, the company might also release new AirPods Pro, an iPad Pro with M2 and the highly anticipated mixed reality headset.

What’s the tagline and how to watch Apple Event 2022?

The Apple Event 2022 has the tagline ‘Far Out’ with the Apple logo formed by a set of stars against a galactic background.

Apple has been airing pre-recorded videos for its launch events since the outbreak of COVID-19. In March, the Apple WWDC event had an in-person attendance but had no in-person presenters.

Now, for the first time since 2019, Apple will reportedly have an in-person component. According to Mark Gurman of Bloomberg, Tim Cook will be present for two in-person events on 7 September.

Certain media houses have already been invited to the Apple headquarters for the event.

Apple enthusiasts around the world will be able to watch the livestream of the event on the company’s official YouTube channel starting at 10 am PT / 1 pm ET (8 September, 1 am MYT).

What is going to be the most important product to expect at the Apple Event 2022? Of course, the Apple iPhone 14. Everything about the 7 September event revolves around the iPhone 14 line, of which four models are expected. Apple gets over half of its earnings from the iPhone range, whose first model was launched 15 years ago in 2007.

Some major retailers have reportedly been told to prepare for a major iPhone launch on 16 September, just about a week after Apple Event 2022.

According to a report by Bloomberg in August, the 5.4-inch iPhone Mini version will be discontinued and a 6.7-inch model will be introduced as a non-Pro iPhone — a first of a kind in its size. The other 6.7-inch model could be an Apple iPhone 14 Pro Max.

Reports also suggest that there could also be a new 6.1-inch screen variant in the Apple iPhone 14 range, which will come in both standard and Pro versions.

The Apple iPhone 14 might get a complete camera revamp. There could be a 48MP sensor for the wide-angle with two 12MP cameras for ultrawide and telephoto in the Pro Max model.

All Pro models might let go of the classic “notch” — the front-facing camera cut-out — and replace it with the hole punch, which is present on Android handsets. There could be a possible secondary “pill” design. This would ensure that the actual display area is even larger.

Like Android phones there could also be an always-on display for screen notifications for the Pro versions, which might also get upgraded A16 processor cameras. According to MacRumors, the Pro models might also see a return of the older battery and percentage indicators placed side by side. Apple’s new models have a battery icon but not percentage display. The company is also testing a display of the percentage indicator inside the battery icon in the iOS 16 beta.

All the Apple iPhone 14 models, however, will have the Lightning Port instead of the USB-C. In any case, it would be the last in the range to have this system.

As for the price, it is expected that the starting price of Pro models could be around USD 899 (RM 4,035) while that of the regular models could be USD 799 (RM 3,586). Pre-orders for the new iPhone are expected to begin on 9 September.

But what is almost certainly likely, as per several market observers, is the release of Apple Watch Series 8. It is expected that apart from the regular model, the company would also announce an Apple Watch ‘Pro’ model which would likely have a larger screen and placed at the higher end of the price spectrum.

The devices might get an upgraded S8 chip and have a longer battery life due to a new low power mode.

In September 2021, The Wall Street Journal reported that Apple is working on new features for its smartwatch. These new features include the ability to measure blood pressure and a thermometer that can help with fertility planning.

At the time the report said that many of the health-related improvements won’t be available till before 2022. Which is why many expect Apple to introduce most of those features at the Apple Event 2022.

Citing sources and documents that WSJ accessed, the report also said that Apple’s smartwatch will be able to detect sleep apnea and guidance on low blood oxygen levels “beyond next year.” It is not clear if any of these specific features would be announced at the upcoming event.

It is noteworthy that Apple Watch is the market leader among smartwatches. According to Counterpoint Research, Apple Watch held a 36.1 percent market share in Q1 2022 — three times more than second-placed Samsung.

Apple AirPods hit the market in 2016. Three years later, Apple introduced the AirPods Pro. Though updates have been frequent for the AirPods, the AirPods Pro has not received a major facelift since its launch. Upgrades to the AirPods Pro or even a new variant of it is, therefore, one of the most eagerly anticipated announcements at Apple Event 2022.

A second-generation AirPods Pro, which some have dubbed AirPods Pro 2, would be an entirely new gadget with a fresh redesign. Its features could include lossless audio and an upgraded H1 chip. There can also be the removal of the iconic clicking stem. There could also be a unique sound feature in the case.

Earlier in 2022, Bloomberg’s Mark Gurman said that Apple might introduce the over-the-ears AirPods Max in new colours and a lower price range. Currently priced at USD 549 (RM 2,464), there has been rumours since 2021 that Apple might bring in a low-end version AirPods Max at USD 399 (RM 1,791).

Also, in August 2022, Apple analyst Ming-Chi Kuo predicted that the new AirPods Pro would come with the same Lightning support charger as others. In a tweet, Kuo also said that Apple will switch to USB-C cable charging cases for all AirPod models in 2023.

I predict Apple will launch USB-C-capable charging cases for all AirPods models in 2023. However, the charging case of the new AirPods Pro 2 launched in 2H22 may still support Lightning.

Apple introduced an updated version of the mid-range iPad Air in March 2022. The tablet came fitted with an M1 processor, an upgraded 12-megapixel camera with wide angle lens and Centre Stage feature, and optional 5G support.

At the Apple Event 2022, the company may also introduce the M2 iPad Pro model alongside a completely new model of iPads at the event. But observers also believe that it is likely that Apple will hold another event before the end of the year holidays where it might launch the product with new Macs equipped with the latest chips. It is also likely that a redesigned version of the Apple Mac Pro is displayed at an upcoming event. 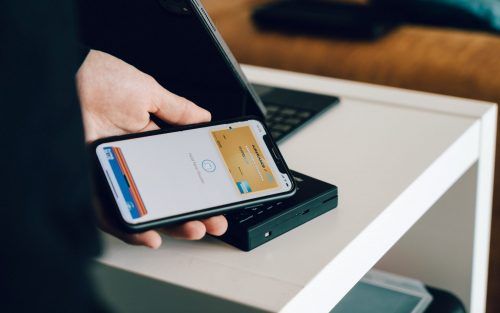 One of the biggest speculations around what Apple might present at the event revolves around the metaverse, where everything from gaming to fashion and movies to concerts are attracting a rising tide of fans.

Bloomberg reported in August that Apple filed trademarks for its highly anticipated mixed-reality headsets for three names — ‘Reality One,’ ‘Reality Pro’ and ‘Reality Processor’ — in eight countries and the European Union.

It is, therefore, being speculated that Apple might display a prototype of the product though it won’t be released in the market until 2023. A glimpse of the product at the Apple Event 2022 will be enough to excite both fans and encourage the company’s own developers working on it.

The mixed-reality headset will have features of both virtual reality (VR) and augmented reality (AR) devices.

Lensa AI: What is it and why is it so controversial?

From ‘Clock’ to Cryptopunks: The most expensive NFTs sold in 2022