‘Psycho’ to ‘Scream’: 12 horror movies based on true stories

Whether it’s Halloween or not, you can watch a horror flick any time. From a cosy movie night with friends to just a casual date – this genre can fit into almost any occasion and we often find ourselves tucked into bed with popcorn for comfort. Sure, horror movies are fun to watch – but it really does take a different turn when the movies are based on true stories or events. Knowing this makes them even creepier; and we often find our imaginations running wild. Be it flickering lights, a random phone call (re: The Ring) or the washroom on the other end of a long corridor, everything seems scary all of a sudden, and we hate venturing out alone.

Here, we have listed some of the best horror movies based on true stories and real-life events, which are perfect if you’re looking for a thrill.

Best horror movies based on true stories and events 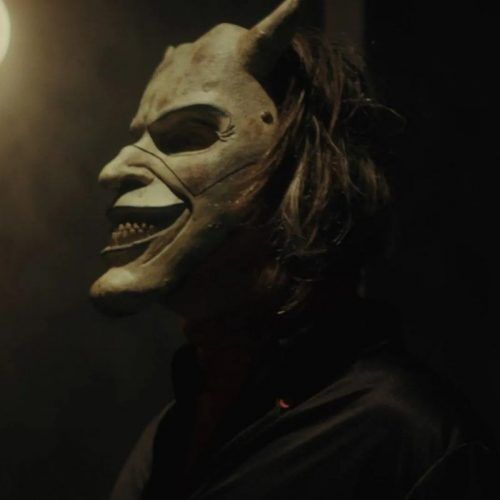 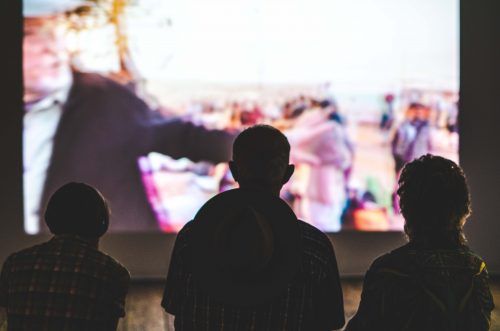 Directed by Stuart Rosenberg, this classic revolves around a newly married couple George and Kathy Lutz, and their three children, who moved into the house in Long Island, a year after Ronald DeFeo Jr. had murdered six members of his family. Soon, demonic forces play havoc in their lives and they are forced to leave within a month’s time. When a priest came to exorcise the house, the spirits allegedly asked him to get out. Well, they didn’t have to ask twice.

The story was based on the book of the same name written by Jay Anson in 1977, describing the experience of the Lutz family after they had moved into a new home in Amityville, New York, a year after the mass murders. Definitely one of the best horror movies of all times.

This chilling movie directed by James Wan and written by Chad Hayes and Carey W. Hayes tells the tale of Harrisville. The Perron family, Roger and Carolyn had moved into a farmhouse in Rhode Island with their five daughters and dog, Sadie. Soon after, paranormal activities follow, the dog is found dead (never a good sign, is it?) and things start getting spookier. To relieve them of the situation, Roger and Carolyn call upon paranormal investigators Ed and Lorraine Warren who are faced with a horrifying case. The horror story was based on true stories, experiences and case files of Ed and Lorraine Warren while they were investigating the Perron family.

The Exorcism of Emily Rose

Directed by Scott Derrickson, a courtroom drama doesn’t exactly spell horror but wait – the story is about a 19-year old woman, who dies during an attempted exorcism, and the priest in question, Father Richard Moore is charged with negligent homicide and the case is investigated into via his trail.

The story was based on Anneliese Michel, a German woman who although was diagnosed with epilepsy and schizophrenia had to undergo 67 Cathothic exorcism rites before she passed away. Her ‘very’ religious family believed that she was possessed and a local pastor was allowed to perform an exorcism twice a week. She eventually died of starvation at 23. Most definitely one the spookiest horror movies based on true stories you’ll see, that’s guaranteed. 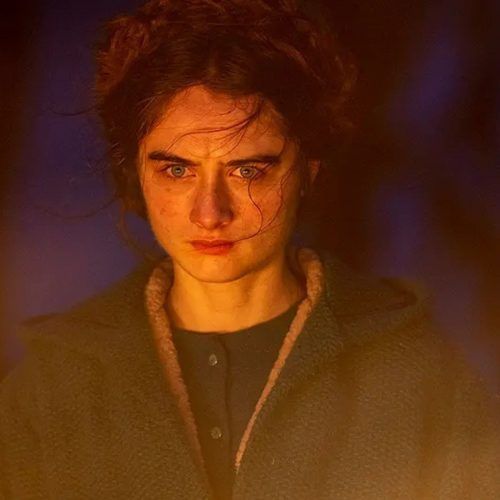 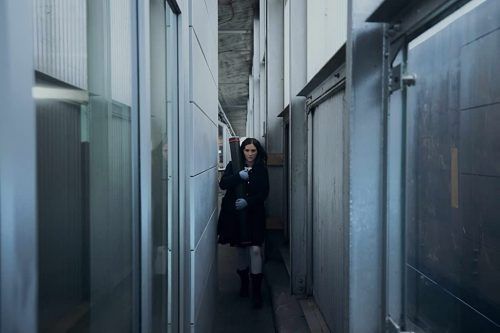 Written by Juliet Snowden and Stiles White, The Possession is a story about a 10-year-old girl Emily, who discovers a dybbuk box dating back to the 1920s at a yard sale and soon becomes obsessed with it. Showing signs of possession, she gets aggressive and visibly upset when the box is taken away from her. After suffering a seizure, Emily is taken to the hospital where after a forced ritual, the dybbuk named Abyzou is locked back into the box but not before surviving a car crash that kills Tzadok, who performed the ritual.

Directed by Ole Bornedal, the movie was supposedly based on the real dybbuk box owned by a Holocaust survivor Havaleh, who escaped Poland and purchased the box from Spain before entering the United States. The box ended up in the possession of Kevin Mannis, who bought it at an estate sale in 2001.

Based on a novel written by William Peter Blatty that goes by the same name, The Exorcist is one of the scariest movies that give us the chills to this day. Directed by William Friedkin, this tells the story of a young girl, Regan who is possessed by a demon, and two priests who are tasked with the exorcism.

The movie was based on the true story of Roland Doe, a 13-year-old boy raised in a German Lutheran family who experienced weird happenings after his aunt Harriet, who had taught him about the Ouija board, passed away. It was Father Walter H. Halloran and Rev. William Bowdern, from St. Louis University who performed an exorcism on him after Roland was found with marks on his body that spelled ‘Louis’. Creepy, isn’t it?

Directed by Wes Craven, Scream is the iconic meta-horror slasher film whose success led to multiple sequels. Written by Kevin Williamson, the movie revolves around a high school student and her group of friends who become the target of a psychotic killer who seems to have a knack for ominous phone calls, horror movies and shows up on a Halloween (clearly satirising the movie Halloween) costume to execute them.

The movie was based on the true story of the Gainesville Ripper, aka Danny Rolling, who killed eight people when he broke into several apartments and stabbed five students in Florida. According to his claims, he was inspired by Ted Bundy and was sentenced to death in 1994. 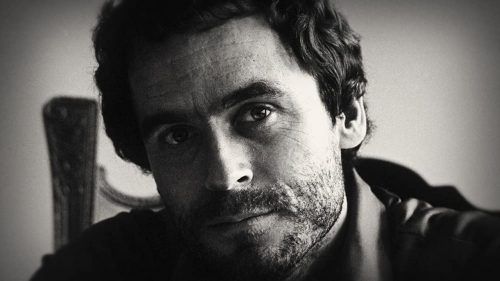 Culture
10 best true-crime podcasts you should be listening to 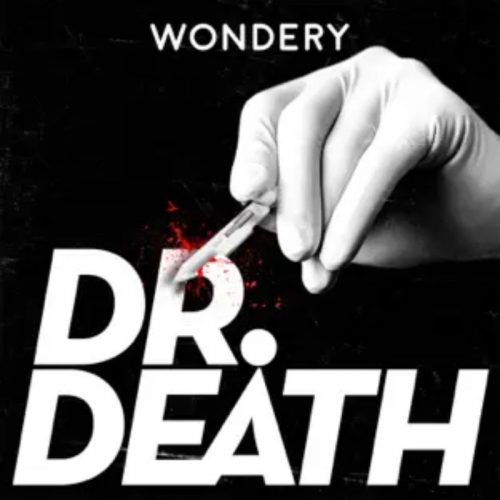 While vintage porcelain dolls are pretty to look at, Annabelle is no belle of the ball. Directed by John R. Leonetti, Annabelle was first introduced in The Conjuring and if that wasn’t enough, this movie is a spin off focusing on the origins of the haunted doll. Written by Gary Dauberman, the story is based around a couple, John and Mia who are expecting a child. John gifts a rare vintage doll to Mia as a gift for their first child. Soon after, their neighbours, the Higgins are murdered; the killers are their daughter Annabelle and her boyfriend who both die in a gruesome manner. A series of paranormal events follow and the couple reaches out to Father Perez who seeks out Judy Warren’s parents for help.

In reality, Annabelle the doll is now owned by the estate of Ed and Lorraine Warren. It was originally gifted to a student nurse in 1970. As the story goes, the doll was inhabited by the spirit of a dead girl named Annabelle (well that checks out) and has been responsible for many evil scares over the past 30 years. We’re positively petrified.

A Nightmare on Elm Street

With Director Wes Craven’s favouritism towards the horror genre, he made this classic after he was inspired by a piece that came out in the LA Times about a family who survived The Cambodia Killing Fields. In the movie, four teenagers living in Springwood, Ohio, seem to be having a nightmare in common – about a disfigured man wearing a blade-fixed glove, about to kill them. It is then revealed that this man in question is Fred Krueger, a child murderer who was burned by the victim’s parents and is now haunting them in their dreams for vengeance.

The story was inspired by the real life incident of the Hmong refugees, who fled Laos, Cambodia and Vietnam due to war and genocide. They suffered from ghastly nightmares and refused to sleep.

Produced and directed by Alfred Hitchcock, Psycho is a story about on-the-run Marion Crane who stole a cash payment of USD 40,000 that was entrusted to her for deposit and is off to her boyfriend’s house. However, she stops at Bates Motel for the night where she meets Norman Bates who asks her to dinner. Norman soon gets into a fight with his ‘mother’ and later apologises to Marion for the outburst. This is where things get sketchy as Marion is murdered by a shadowy figure in a dress soon after. An investigation follows revealing that Norman killed his mother and her lover out of jealousy and recreated an alternate personality of his ‘mother’.

The story was inspired by the real-life killings of Wisconsin serial murderer, Ed Gein which is also reflective of Norman’s character and drew inspiration from the novel that goes by the same and was written by Robert Bloch in 1959.

Culture
‘Dawn of the Dead’ to ‘Train to Busan’: Watch the best zombie movies from around the world 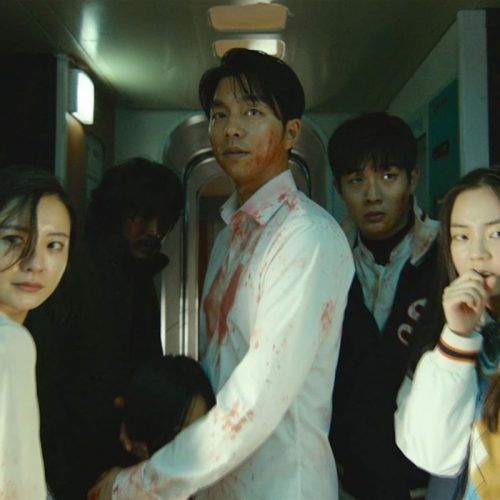 Gear
10 most engaging psychological horror games of all time 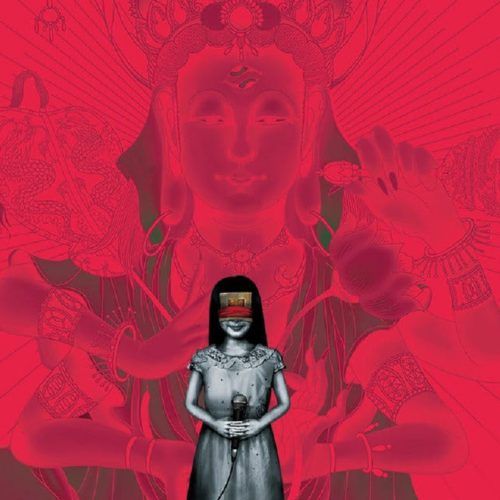 Directed by Tobe Hooper, Poltergeist is a story about Steve and Diane Freeling who live in Cuesta Verde, a California-planned community that was, by the way, built on a former cemetery. Their 5-year-old daughter Carol Anne seems to be conversing with the television set and things start getting eerie as bottles move about the household, furniture moves on its own, and a glass of milk shatters. These are followed by more sinister activities, and Parapsychologist Dr. Martha Leash arrives on the scene to investigate the situation.

Written by Steven Spielberg, Michael Grais, and Mark Victor, this story was based on real-life incidents from the Herrmann House in 1958 where a mysterious case of popping bottles had been troubling the owners – including the bottle of holy water. Go figure.

The Hills Have Eyes

Written, directed, and edited by Wes Craven, this movie tells the story of the Carters, a suburban family who after getting stranded in the Nevada desert are ambushed by a family of cannibals. The family stop for gas at Fred’s Oasis who requests them to stay on the main road and warns them about Papa Jupiter (his son) who was left to die in the hills because he killed the family’s livestock and murdered his sister. Incidentally, he survived and had children with an alcoholic, and is now rearing a full-fledged family of cannibals who attack travellers. Clearly, ‘run for the hills’ is not always advisable.

The story was based on the legend of Alexander Sawney Bean, a 15th-century cannibal who along with his family murdered over 1,000 people in the Scottish Highlands.

There’s a certain creepiness about haunted dolls and this one is no different. Directed by Tom Holland, this movie is the first instalment in the Child’s Play series and features the creepy doll Chucky. His signature, “Hi I’m Chucky, wanna play?” is spine chilling for a double take. The story is about the 6-year-old Andy who wants a Good guy doll for his birthday and as fate would have it, he gets one. The doll calls itself “Chucky” and reveals that his real name is Charles Lee Ray, a fugitive serial killer who was shot by Detective Mike Norris. Soon enough, he goes on a killing spree to extract revenge and plays havoc in their lives.

The story draws inspiration from Key West painter and author Robert Eugene Otto who claimed to have a doll named Robert that was cursed. The doll would allegedly move about the house and have conversations with Otto. He was left in the attic until Otto’s death in 1974, and when new owners moved into the house, they reported mysterious events.

‘Bloodhounds’ to ‘Sweet Home’: Korean dramas releasing on Netflix in 2023

7 new movies and series to check out on Netflix, Apple TV+ and more in February 2023