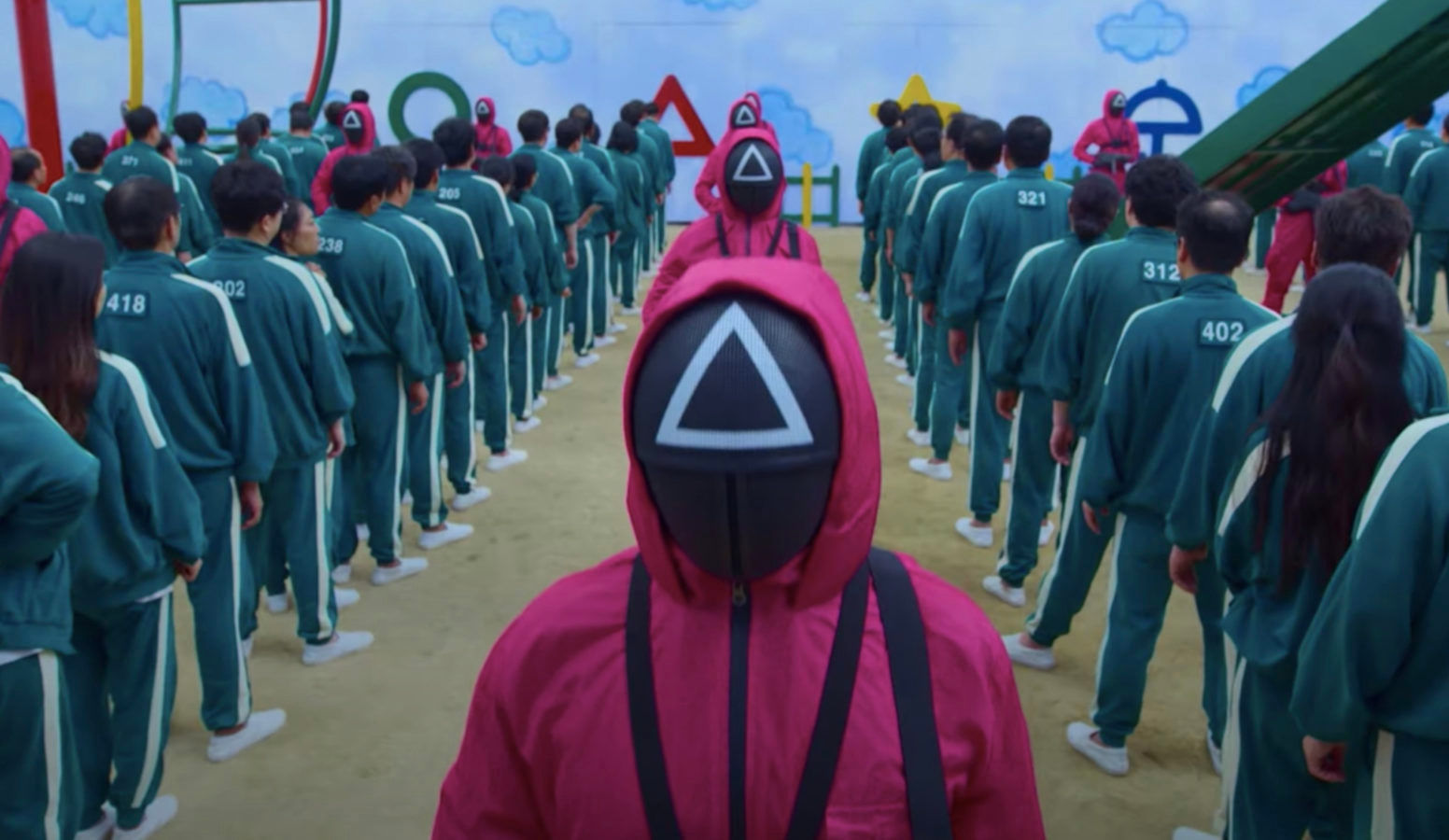 Still obsessed with Squid Game? Check out these other survival game-themed shows to watch

Living
Still obsessed with Squid Game? Check out these other survival game-themed shows to watch
Share this article
Next article

With a Rotten Tomatoes rating of 95 percent, the first season of the K-drama Squid Game surpassed the ranks of popularity swiftly and topped the global Netflix chart. The 2021 survival drama series went on to become one of Netflix’s biggest shows ever.

The show’s immense renown led Netflix to confirm the news of season 2 on 12 June 2022. Ever since, Squid Game fans have been eagerly waiting to know what lies ahead. The doll getting a boyfriend, some of the main characters reprising their roles, new survival strategies and much more have already piqued the interests of the global audience.

If you have already seen the first season of the show and enjoyed watching the players fight it out in the TV series that decided their fate, there are other survival game-themed shows that are surely going to keep you glued to the screen. But before we get to that, let’s look at what ensued in the first season.

Squid Game depicts a group of poverty-stricken people — 456 to be precise — who are invited to play a number of popular children’s games, albeit with mysterious twists and deadly outcomes. Participants are expected to risk it all as they set out to win 45.6 billion won (about US$ 38.4 million). Where each of the psychological survival games lead every contestant will keep you guessing.

The point is simple: if you win, you gain; if you lose, you die. Giving a deadly spin to the Japanese game show Takeshi’s Castle, each round leaves piles of dead bodies behind. Though the players have the option to quit with mass consensus, only time can tell if they will all agree. 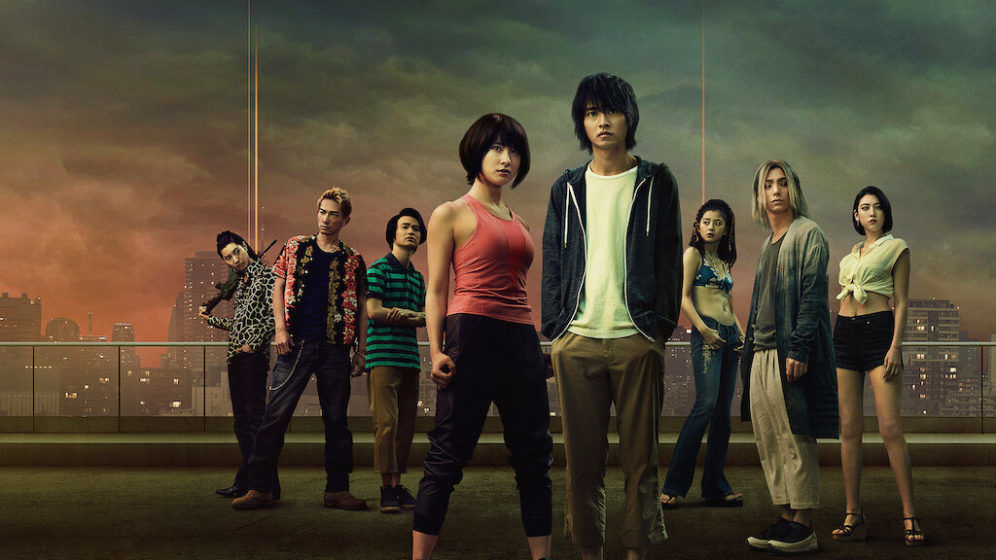 Based on the Japanese manga series by the same name, the live-action series Alice in Borderland on Netflix is a sci-fi thriller that will blow your mind.

Starring Kento Yamazaki, Tao Tsuchiya and Nijiro Murakami in pivotal roles, the series has a Rotten Tomatoes score of 83 percent.

The dystopian series revolves around a group of friends who are forced to play a deadly game of cards. But here lies a deadly twist — each game ensures that the winner gets a little more time to live, and any player who runs out of time is killed by laser beams. Even though the deadly games are scary and brutal, the series will keep you glued to the screen.

Playing cards has never been as risky as this. 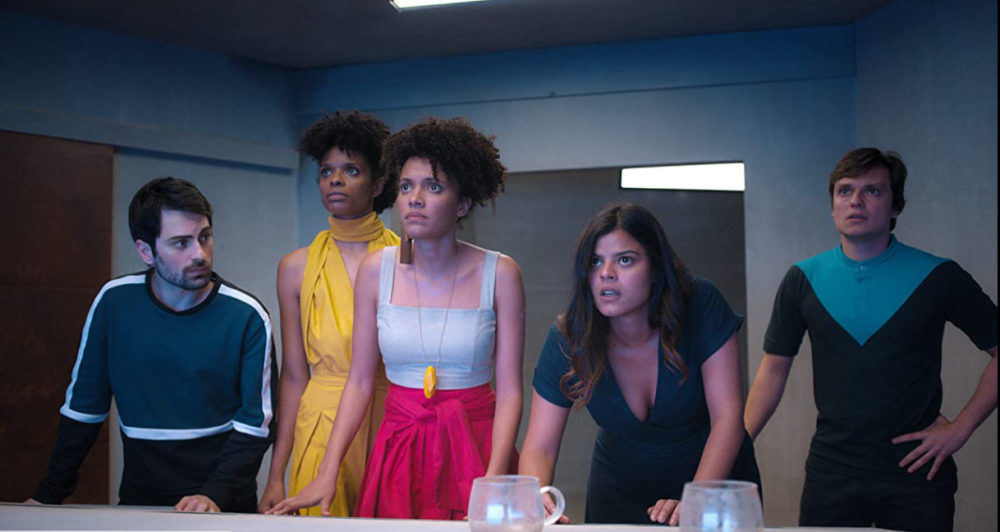 Starring Bianca Comparato, Vaneza Oliveira, and Rodolfo Valente, 3% depicts a future where more than half of the world battles with poverty and lives in a place called Inland. The affluent, on the other hand, live in the idyllic land of Offshore.

The only way the youth of Inland can build a better life for themselves is by competing in The Process — a deadly game where 20-year-olds are pitted against each other. Out of them, only three percent will win a chance to live in Offshore. Just like Squid Game, this game, too, gives a ray of hope to its contestants but comes at a high price.

With an IMDb rating of 7.3, 3% is one highly recommended survival game-themed show. 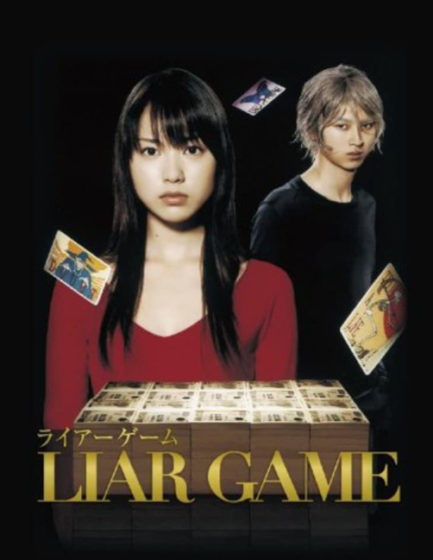 Finished watching Squid Game? Here’s another binge-worthy show. Based on a popular manga series of the same name, the plot of Liar Game is quite similar to that of Squid Game. The three-season show will keep you on the edge, as you watch a group of players take part in a psychological survival game.

The Japanese television drama series comprises three seasons and follows the journey of a young woman, Nao (Erika Toda), who finds herself drawn to the dangerous Liar Game.
Each participant in the game is given a huge sum of money and is tasked with manipulating the other into handing over theirs. However, unlike Squid Game, where the games involved both strength and brains, here the games are based mainly on logic and reasoning. The mystery and intrigue of what comes next increase as each episode unfolds.

With Erika Toda, Shôta Matsuda and Michiko Kichise in the main roles, Liar Game has an IMDb rating of 8.1. A South Korean version of this show by the same name was released in 2014. 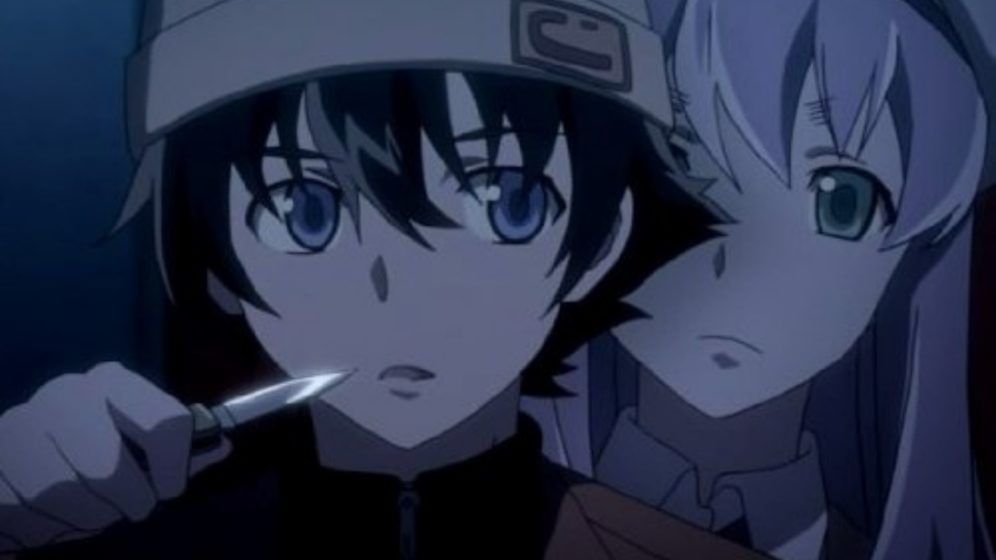 Mirai Nikki or The Future Diary is an anime series that shows Yukiteru Amano (Misuzu Togashi/Josh Grelle) as an introvert who spends his day journaling on his phone. One day, a god named Deus Ex Machina (Norio Wakamoto/Kent Williams) pays him a visit, which leads Yukiteru to participate in a deadly game. Here, he becomes one of the holders of a “Future Diary”.

Yukiteru soon realises that 11 others possess future diaries and are competing in a survival game, where the winner will be crowned as Deus’s successor. And to win the game, one must obviously kill all the other competitors.

The 27-episode series has a 7.5 IMDb score. Many viewers also believe that this one trumps Squid Game in terms of pace. 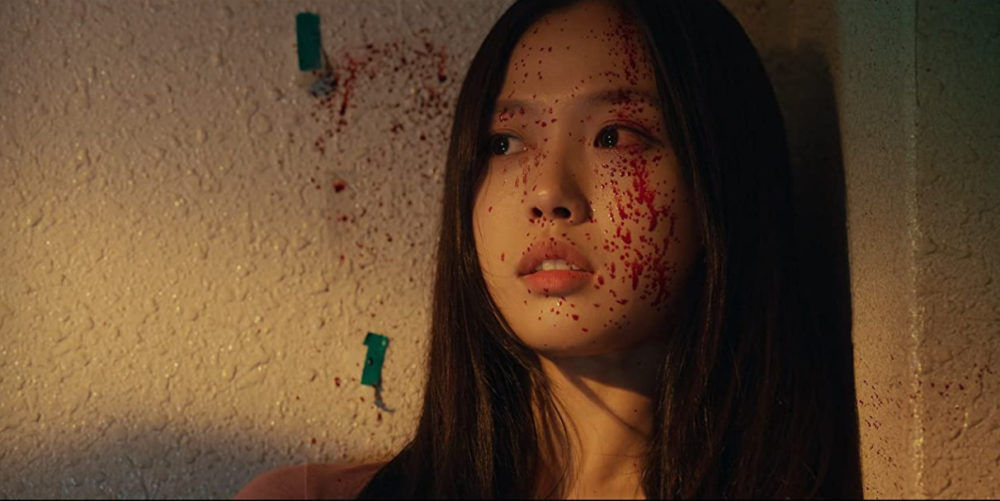 Based on an eponymous webtoon, Netflix’s Sweet Home is a fantasy horror action-adventure series. Song Kang, Lee Jin-uk and Lee Si-young are cast in primary roles in this Korean drama.

Its Netflix synopsis reads, “As humans turn into savage monsters and wreak terror, one troubled teen and his apartment neighbours fight to survive — and to hold on to their humanity.”

The series entails individuals transforming into monsters that depend upon their heart’s innermost desires. With danger waiting to pounce upon them from every corner, residents of the teen’s apartment are left to defend themselves and survive.

Rated 83 percent by Rotten Tomatoes, the 10-episode-long series is a must-watch for those who enjoy survival-themed shows. 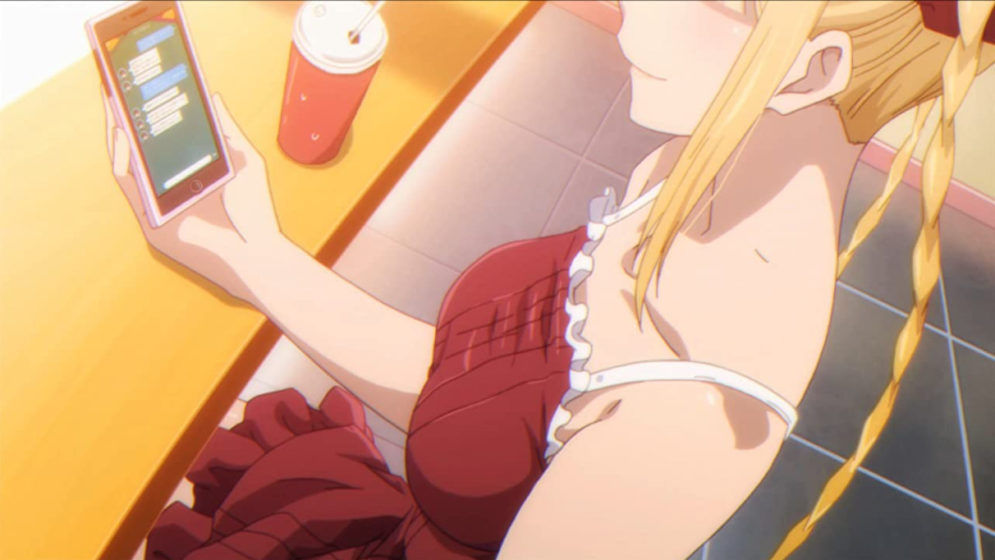 Darwin’s Game is based on a Japanese manga series written and illustrated by FLIPFLOPs. In this anime series, Sudou Kaname (Yûsuke Kobayashi) starts playing a mysterious mobile game only to find out that he can’t quit it no matter what.

This series showcases the protagonist’s detestation of the game master’s ways. The 12-episode season has an IMDb rating of 7.2 and is one of the most thrilling shows that you must watch if you are a fan of Squid Game. 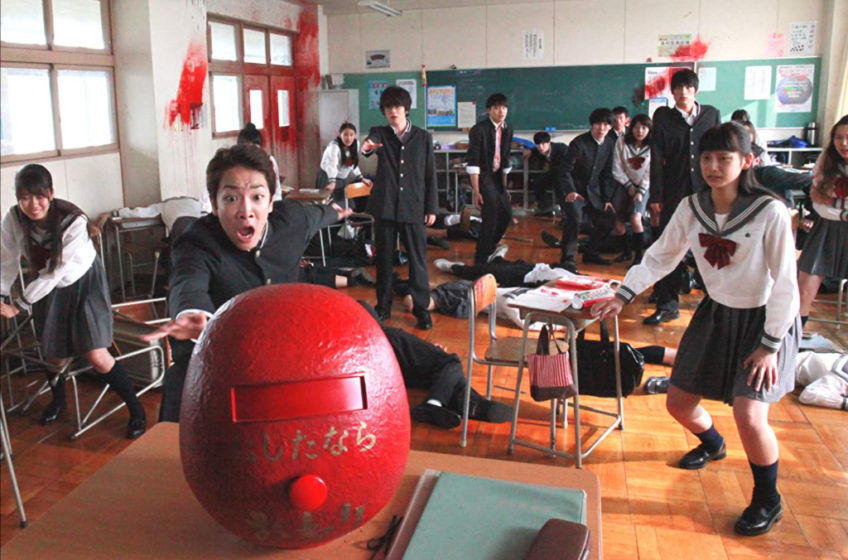 Like Squid Game, the intense survival game-themed series draws inspiration from children’s games as well. Based on the manga series Kamisama No Iu Toori, As the Gods Will revolves around a group of high school students who find themselves trapped and forced to play a game that will only lead to their destruction.

Starring Nijirô Murakami, Ryûnosuke Kamiki and Nao Ômori in prominent roles, the psychological thriller-survival series has a Rotten Tomatoes rating of 57 percent. The survival game show was also adapted into a movie.

Image: Courtesy As The Gods Will/ IMDb 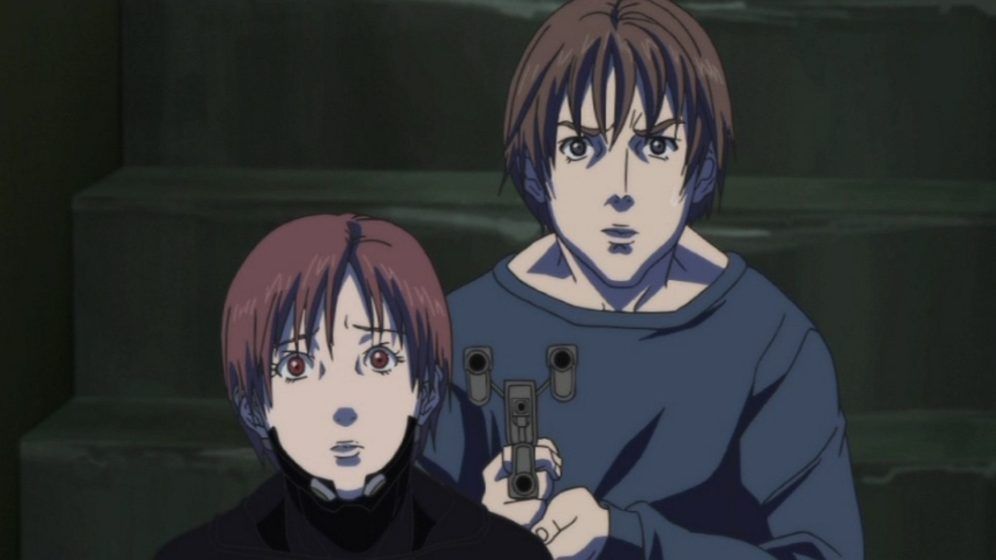 Setting the mood for what to expect in this anime series, the Netflix description of Gantz reads, “After their deaths, two teens are transported to an apartment with an ominous black sphere and must participate in a gory alien-hunting ‘game’.”

With a 7.2 IMDb rating, the anime series, based on a manga of the same name by Hiroya Oku, revolves around the experiences of Kei Kurono who suffers an untimely death in an accident and then finds himself trapped in a game.

The two-season series introduces viewers to the battle royale sub-genre and becomes extremely intriguing with every passing episode. Unlike Squid Game, Gantz makes minimal effort to justify the actions of the characters; instead, it portrays the vicious side of human beings, making it an interesting watch not for the faint-hearted. 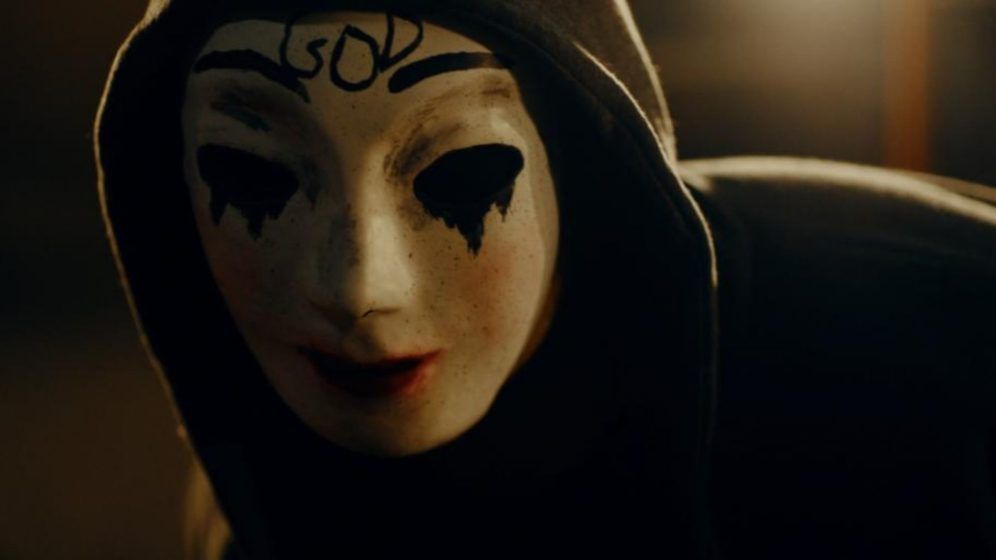 Similar to Squid Game, The Purge revolves around a bunch of seemingly unrelated strangers who try to survive in an altered US where all crimes, including murder, become legal for 12 hours.

These people have to find ways to survive the night. As the clock ticks and the end draws near, they will also have to revisit their past for the ultimate showdown. The series further bridges the gap between mythology and world-building as depicted in the films and goes beyond the realms of what survival games films and series usually depict. It explores the psyche of the characters and shows the severe consequences of their actions in dire situations.

With an IMDb rating of 6.5, The Purge stars Gabriel Chavarria, Jessica Garza and Amanda Warren.

Watch now
Entertainment New on Netflix What to stream on Netflix K-drama Squid Game Netflix new series
Priyanka Lamba
It was while pursuing her degree in computer applications, when Priyanka decided to set her sights on content writing (talk about realisation and serendipity). In her spare time, she is either found immersed in books or movies.
Food Entertainment Culture Travel
Sign up for our newsletters to have the latest stories delivered straight to your inbox every week.

10 heartwarming K-dramas that celebrate the magic of friendship

Blade Runner to 24 City: 10 best movies that every architecture fan should watch

What you need to know before watching ‘She-Hulk: Attorney at Law’