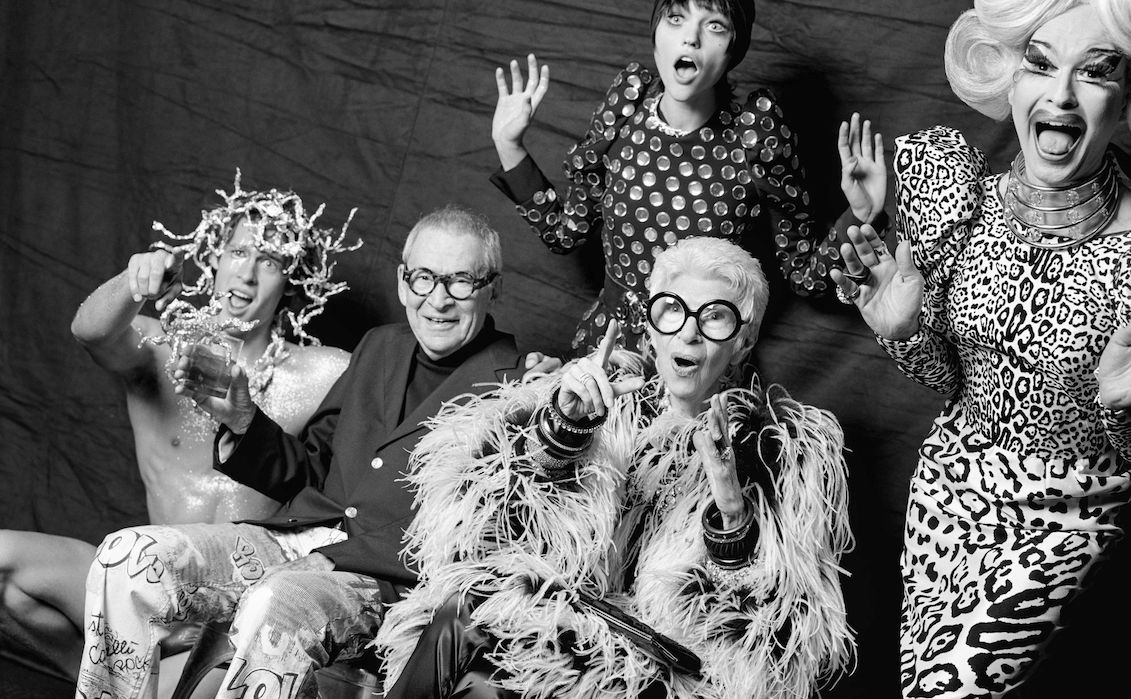 6 female design legends who changed how we see the world

For many years, women have been struggling to find a voice. In the early 1930s, mankind witnessed a paradigm shift in the context of women’s rights and gender equality. It was a special time in history when women were allowed to have proper education, go to work and be treated with equal rights. Notable figures such as Billie Jean King, Maya Angelou and Audrey Hepburn were just a few of many women who defied all odds to stand up for a greater cause and make a difference.

In the cutthroat world of fashion, design and architecture – which is heavily dominated by men – women have been fitting in bigger shoes and changing the world that we are living in today. We wrap up 6 legendary design stalwarts in the realms of architecture, fashion, automotive, industrial and interior design whose contributions and creativity should continue to be an inspiration to everyone. 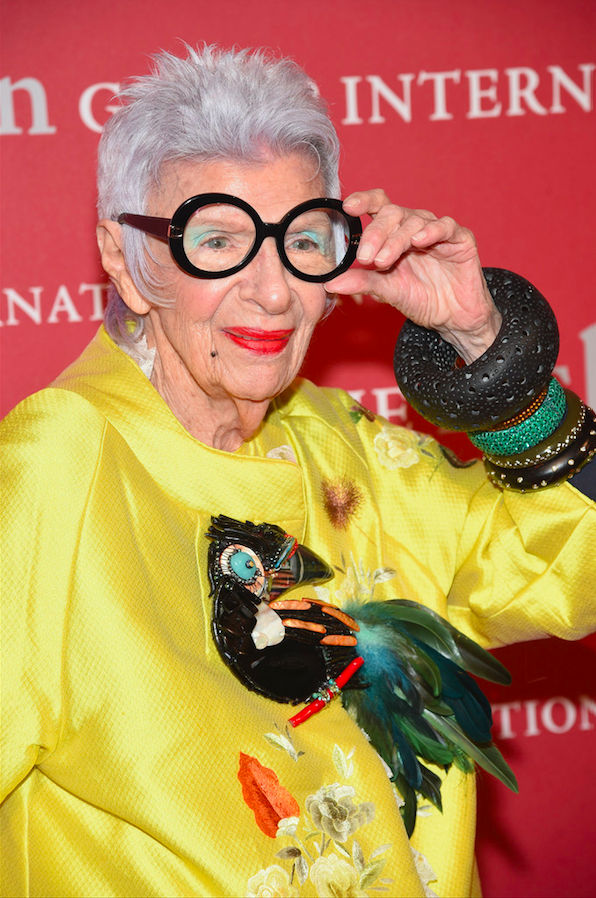 With her oversized glasses, chunky bangles and over-the-top brightly coloured accessories, Iris Apfel is one lady that can leave you thunderstruck by the way she puts an ensemble together. Born and raised in Queens, New York, the American interior designer and fashion maven has been dubbed the ‘accidental icon’ with her first big gig in beauty and fashion only starting at the age of ninety. She has been defined by the Met (Metropolitan Museum of Art) as “one of the most vivacious personalities in the worlds of fashion, textile, and interior design, and over the past 40 years, has cultivated a personal style that is both witty and exuberantly idiosyncratic.” Credit: Getty 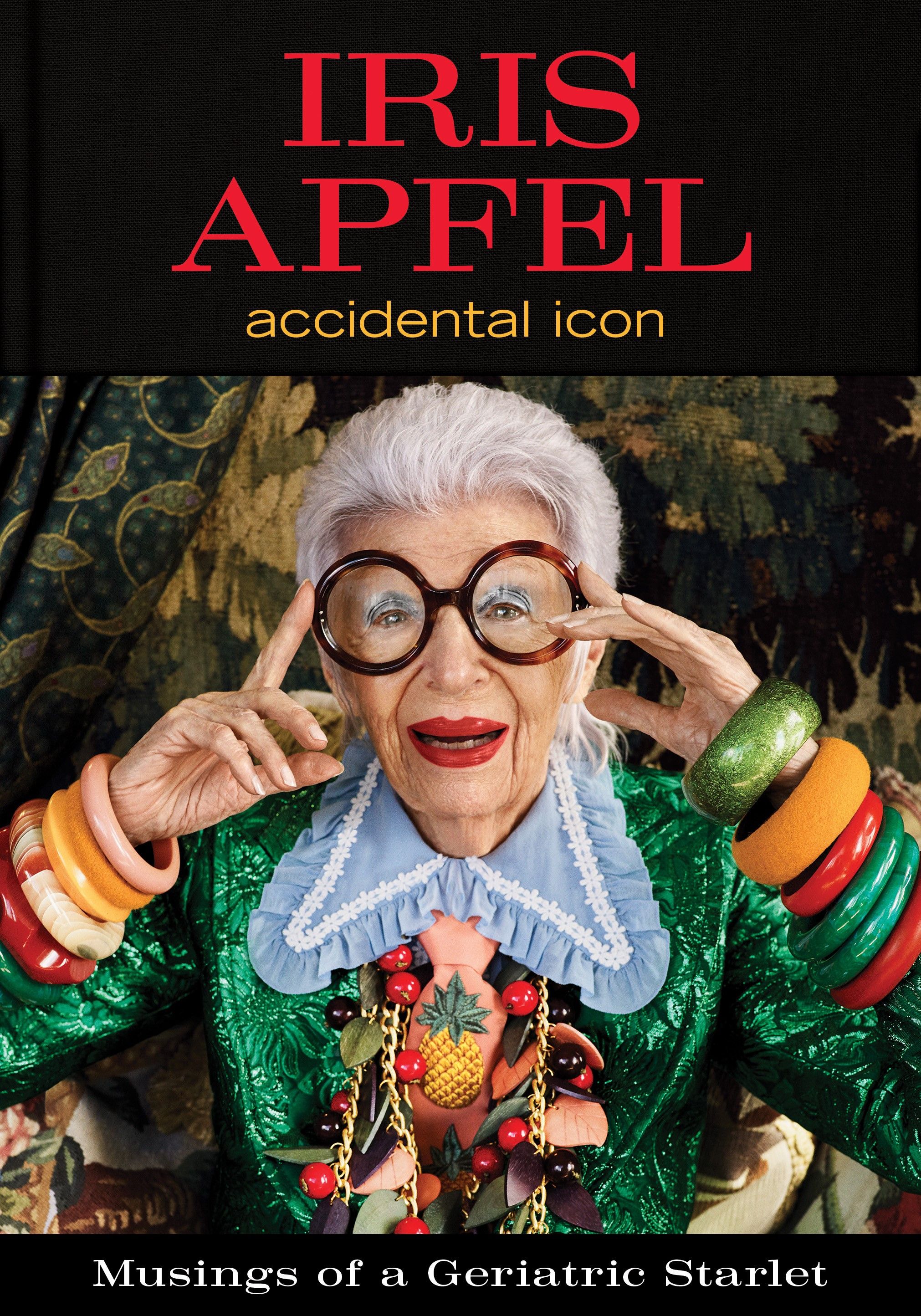 The recently published Iris Apfel: Accidental Icon tells the story of how the geriatric starlet rose to stardom. 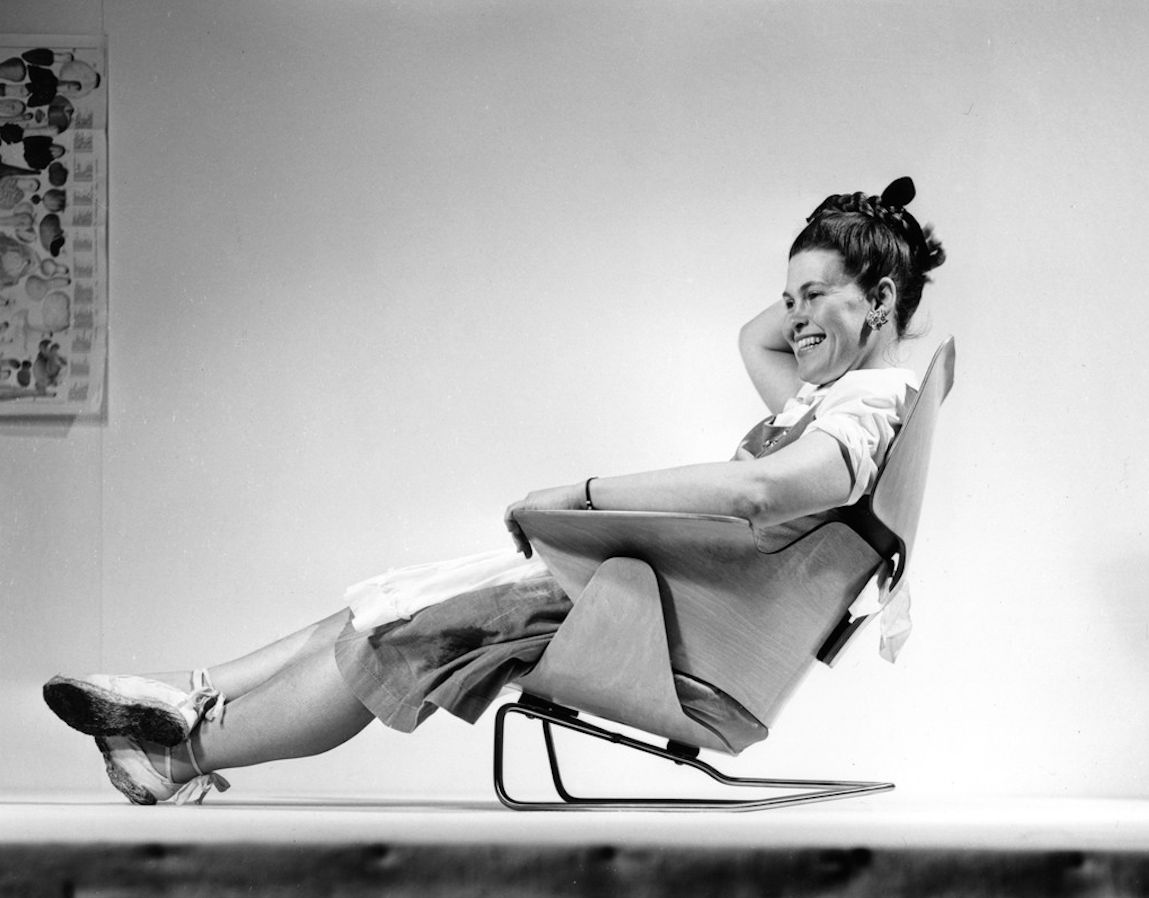 After almost 80 years, the Eames Lounge Chair Wood remains an icon in modern design and the most retailed chair in the industry. And the mastermind behind its design is Ray Eames, a design maestro who in a time when gender equality was lacking proved that women could do better. Her husband, Charles Eames once noted: “Anything I can do, Ray can do better.” The husband-wife duo worked together to create high quality objects at reasonable cost by exploring new materials and technology. At their office, they employed locals, war veterans and housewives; creating a unique and diversified workplace. Some of their famous works – now reinterpreted in modern-day contexts – include the Eames Lounge and Eames Shell Chair are available at Herman Miller stores worldwide. 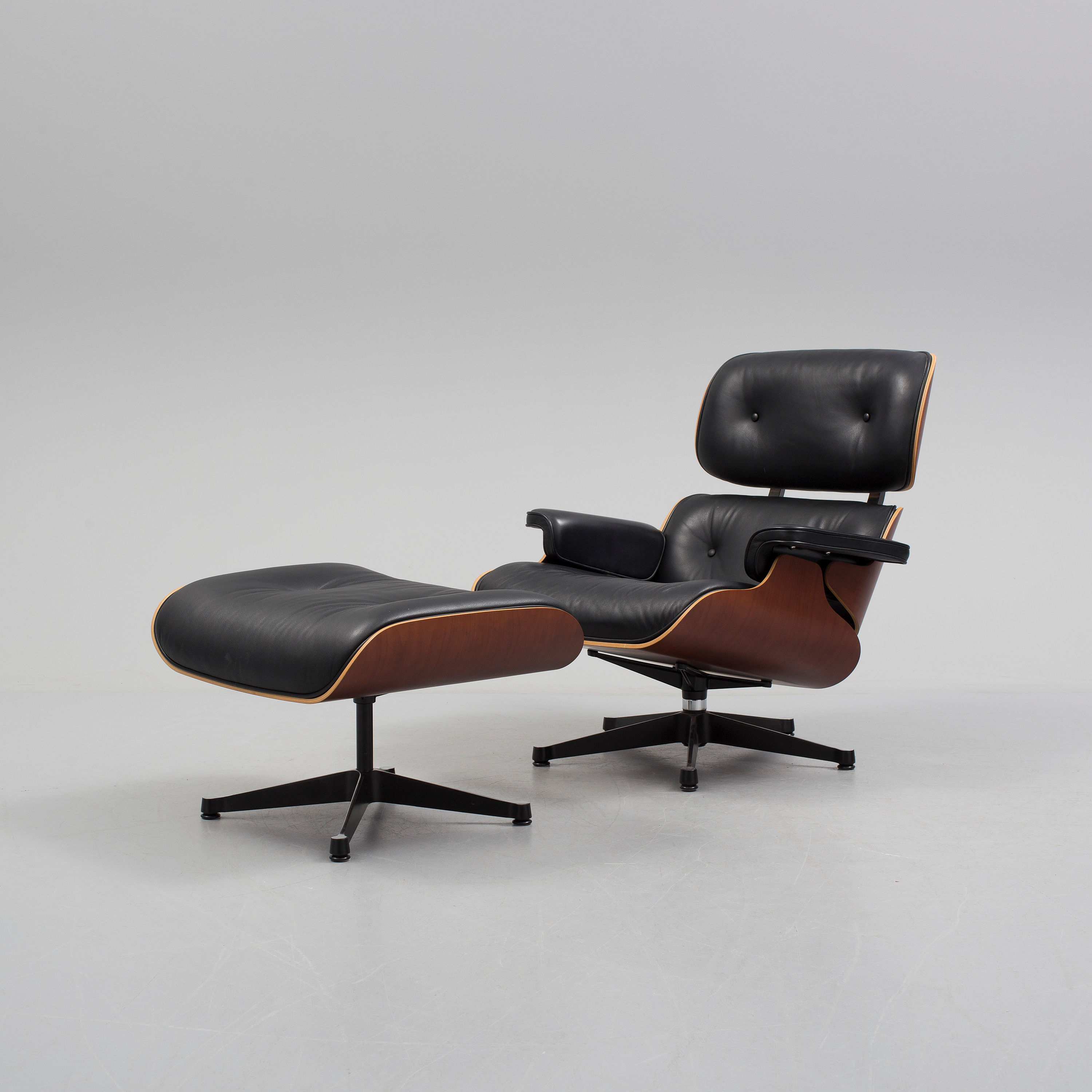 The Eames Lounge Chair and ottoman originally designed by the Eameses in 1956 has been reproduced in various colours and finishes. 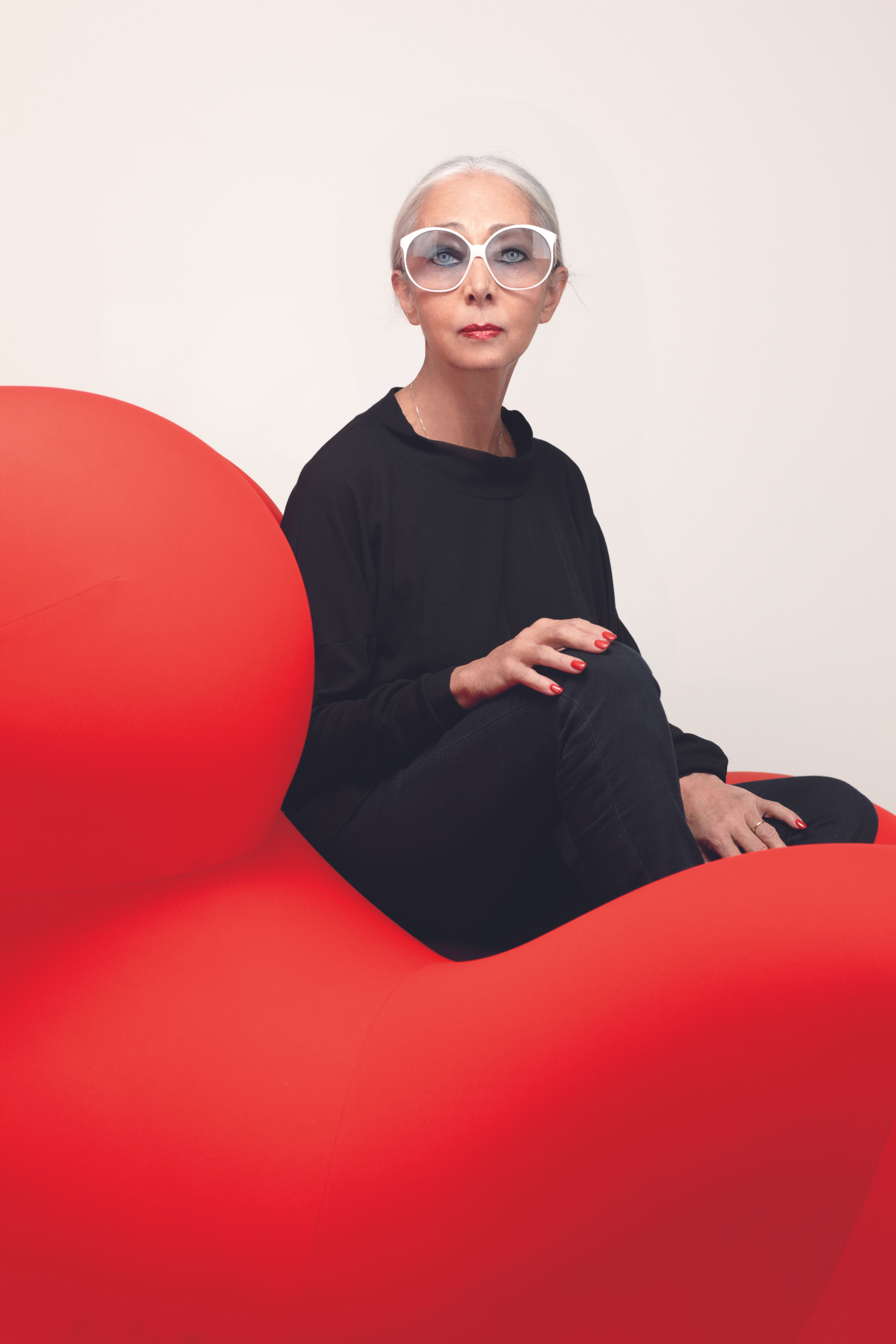 Rossana Orlandi has an eye for spotting design talents. The petite doyenne of Italian design is quickly identified by her signature look: pulled-back gray hair with huge white vintage spectacles framing her tiny face. At 5-foot-3, she is a definite force to be reckoned with. Orlandi exudes a no-nonsense attitude with an eccentric sensitivity to style and design. Walking into her gallery in Milan is quite the spelunking, with a medley of colourful wickered lamps, electric blue pigs and a giant white gorilla on a pedestal. Over the years, she has been associated with leading designers including Tom Dixon, Marcel Wanders and Studio Job, and worked as a consultant for fashion giants such as Kenzo, Jean Paul-Gaultier, Vivienne Westwood, Issey Miyake and Giorgio Armani. 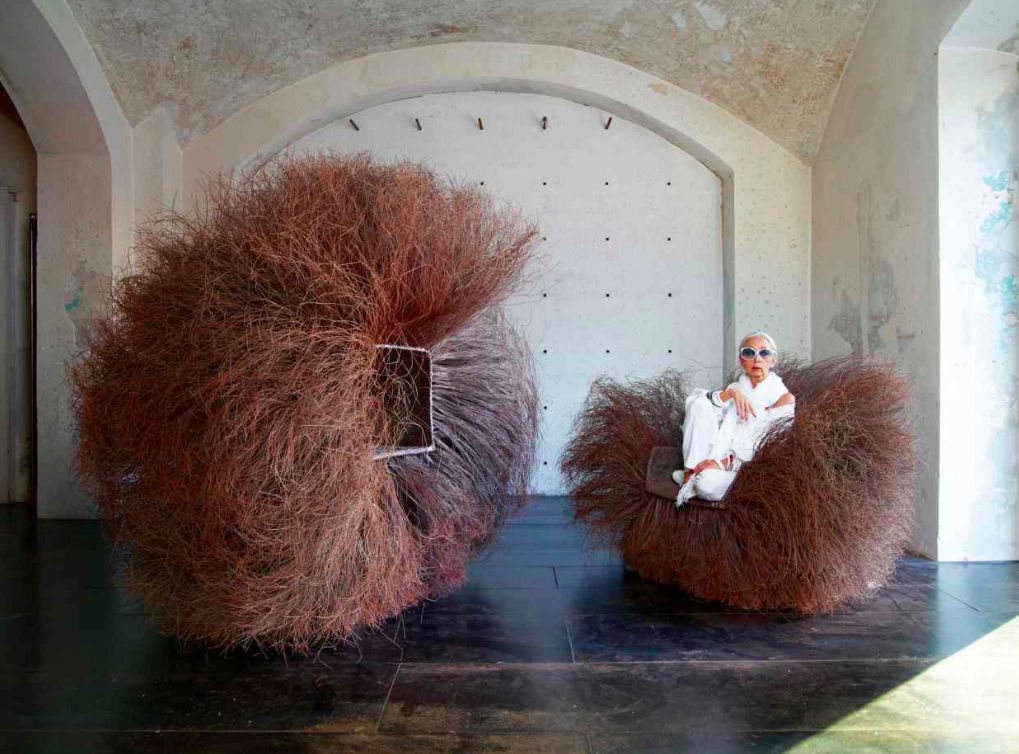 Orlandi nestles on the raw steel Bush of Iron chair by Nacho Carbonell that values at €90,000 (RM 425,000). Credit: Guido Castagnoli 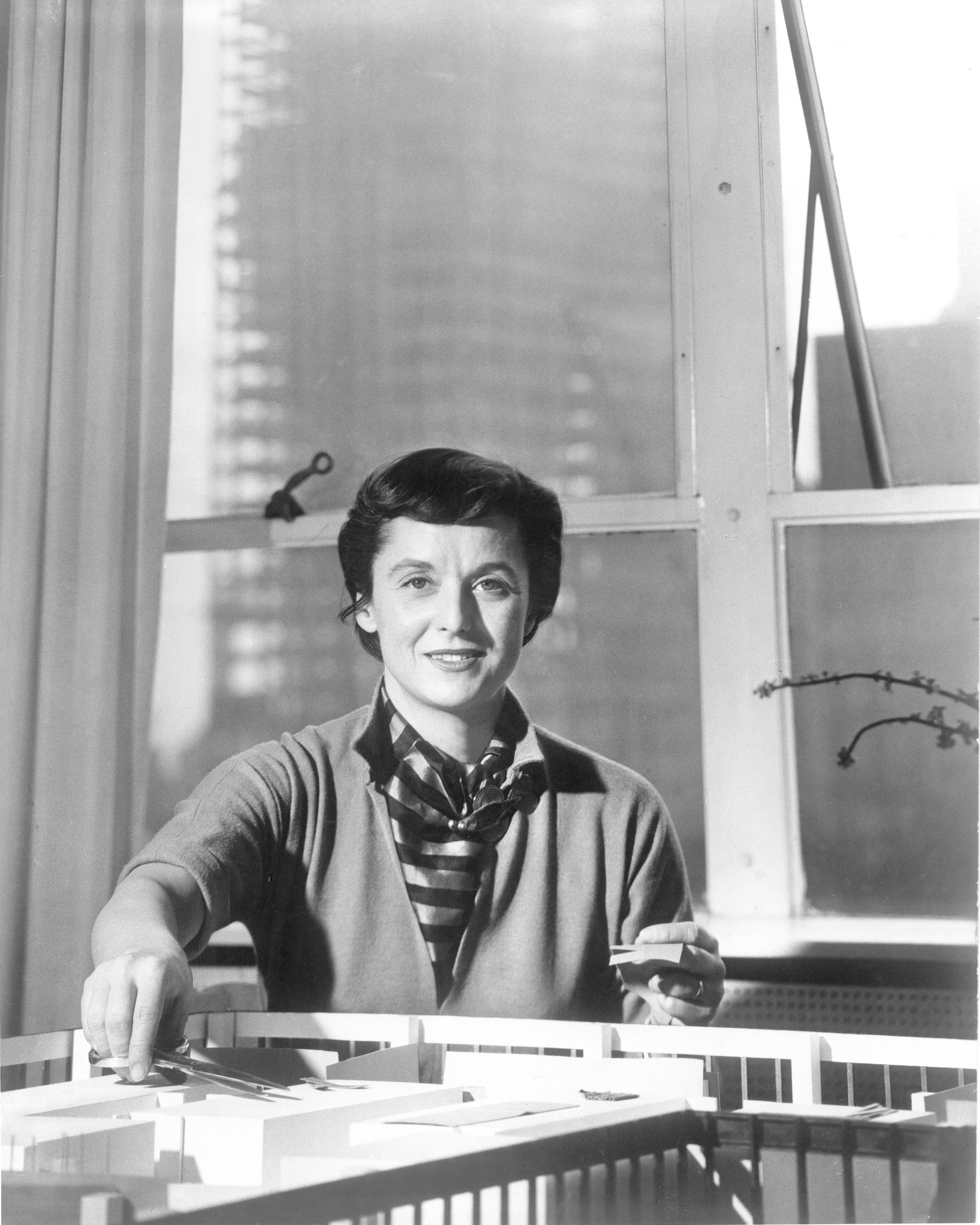 Florence Knoll has always been in the company of veritable legendary architects from Eliel Saarinen to Alvar Aalto, Walter Gropius to Ludwig Mies van der Rohe. Her contribution to design and architecture is unquestionably stratospheric, but much remains untold. In creating the revolutionary Knoll Planning Unit, Florence Knoll introduced modern notions of efficiency, space planning and comprehensive design to office planning. She then moved into designing showrooms to give solutions to spatial constraints and conceiving spaces that were highly practical and aesthetically pleasing. Her particular method of functional analysis was eventually termed “spatial planning”; something that we all have been familiar with. Knoll always approached furniture design with the larger space in mind. In the rise of modernism, she was also known for designing some of the most iconic furniture pieces, many of which are available today under the brand Knoll. 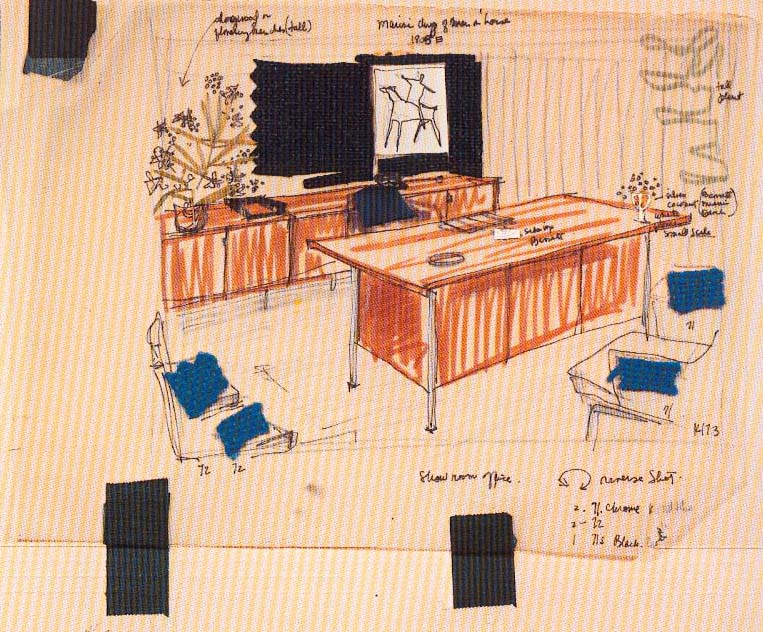 As seen in one of her original sketches, Florence Knoll is best known for her restrained, geometric approach to furniture that complements modern spaces with a ‘human’ touch. She would often design furniture when she, “needed the piece of furniture for a job and it wasn’t there.” 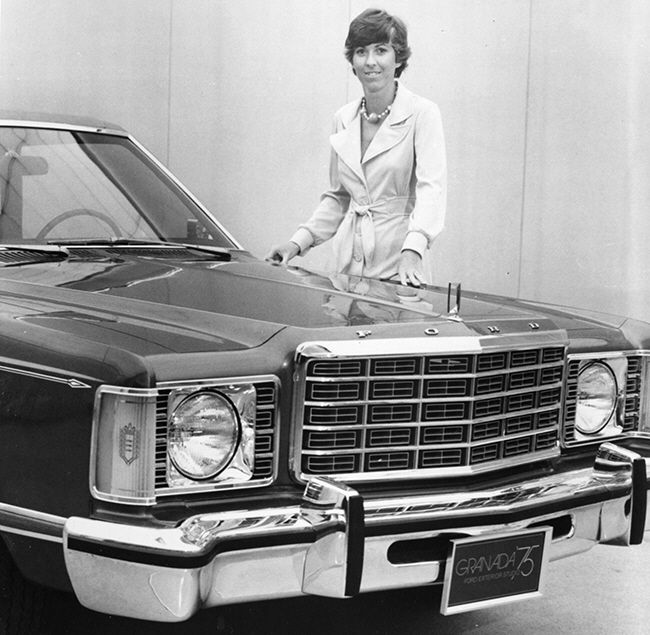 Mimi Vandermolen was the first woman to graduate with an industrial design degree in 1969. Vandermolen – Ford’s first female designer – pioneered the tactile controls on the steering wheel that are recognisable by touch, replaced the typical climate control push-pull switches with rotary dials and created an optional digital instrument panel for a futuristic flair internally – pretty much what you see now in a dashboard. However, many of her user-friendly interior innovations we now take for granted. The Dutchwoman is also credited with creating the use of ergonomics in vehicle cabin design, which is one of the first things you hear about when purchasing a car today. 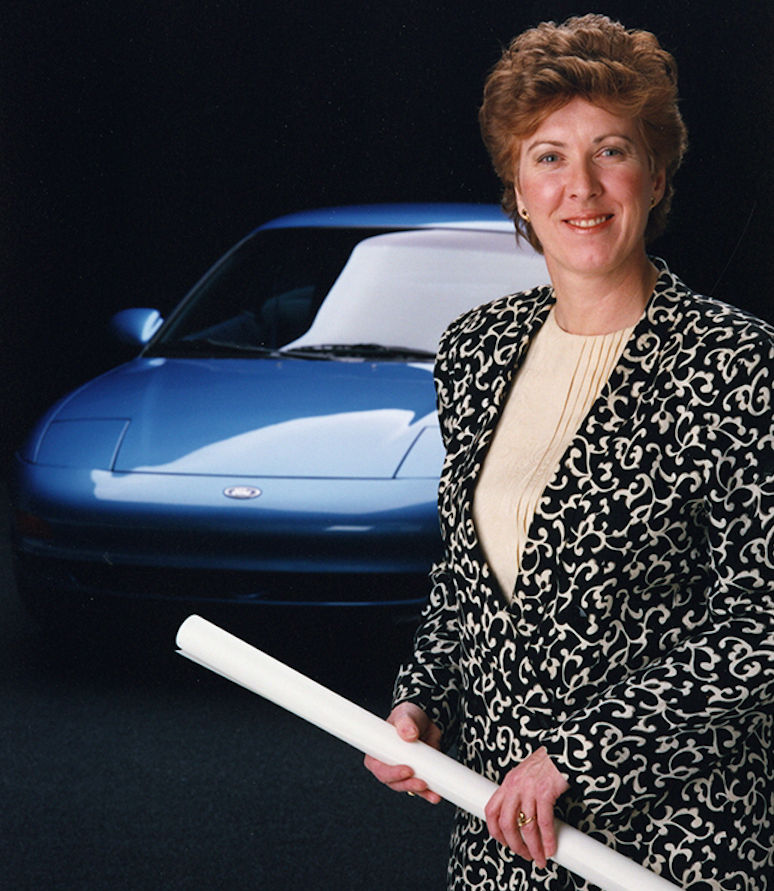 Her focus on women drivers also helped in leading the interior designs for cars with ultimate comfort as Vandermolen once said: “If I can solve all the problems inherent in operating a vehicle for a woman, that’ll make it that much easier for a man to use.” Credit: Ford Motor Company Archives 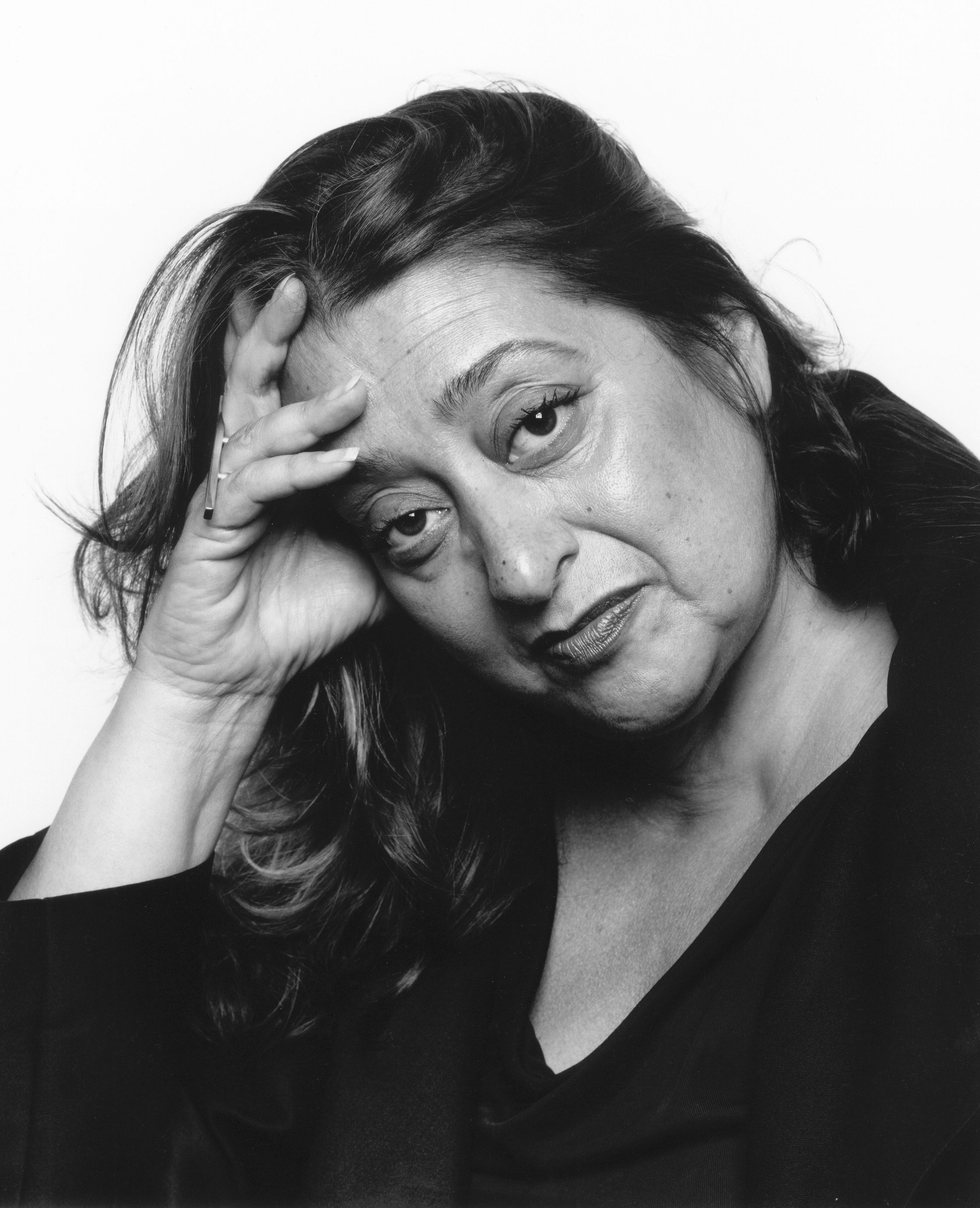 Dame Zaha Hadid was the first woman to win the Pritzker Prize award, which is equivalent to a Nobel prize in architecture, back in 2004. As one of the most notoriously nonconformist contemporary architects in the early 2000s, Hadid redefined the landscape of architecture with her forward design schemes and her famous catchphrase, “Poetry in Motion”. Her untimely demise in 2016 at the age of 66 left the design and architecture community shocked. The queen of curves leaves behind an endless portfolio of product designs including 3D-printed footwear, furniture, lightings, home accessories and even yachts, which have redefined her unique code of aesthetics. Credit: Valerie Bennett 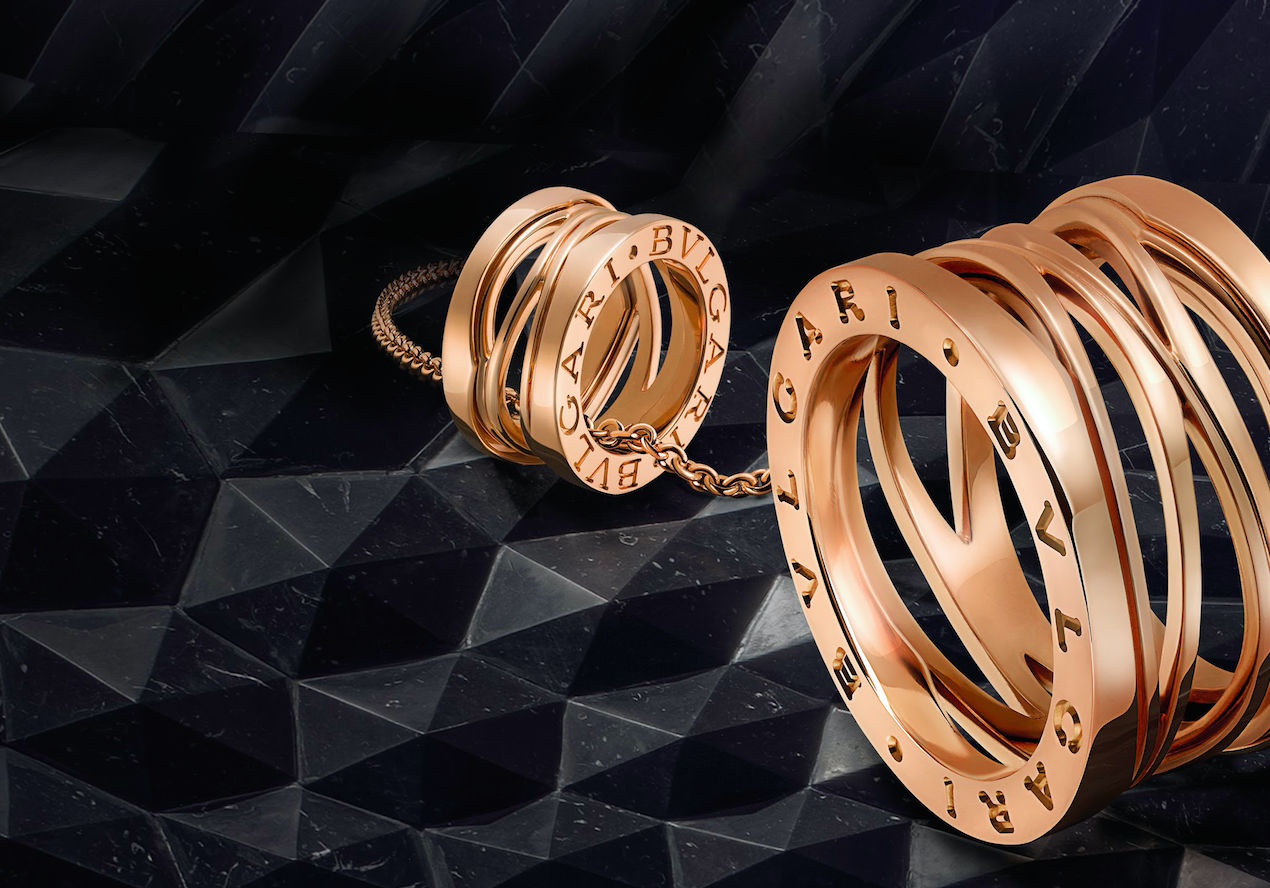 Her legacy continues to live in some of her final remaining blueprints including Leeza Soho (Beijing) and Morpheus Hotel (Macau) as well as her last jewellery collection for Bulgari, the B.Zero1. Credit: Bulgari

Fashion Furniture Interior Design Architecture Design Bvlgari Women Iris Apfel Zaha Hadid Herman Miller Design icons legends mimi vandermolen rossana orlandi ray eames florence knoll knoll automotive female designers
Martin Teo
Editor
Martin has a bent for history and food culture, especially of the Peranakan heritage. Since the pandemic, he finds joy in plant parenting and continues to expand his collection of Philodendrons, Anthuriums, and Syngoniums. He's now on a lookout for the elusive Philodendron Florida Beauty to add to his urban garden.
Dining Living Style
Sign up for our newsletters to have the latest stories delivered straight to your inbox every week.