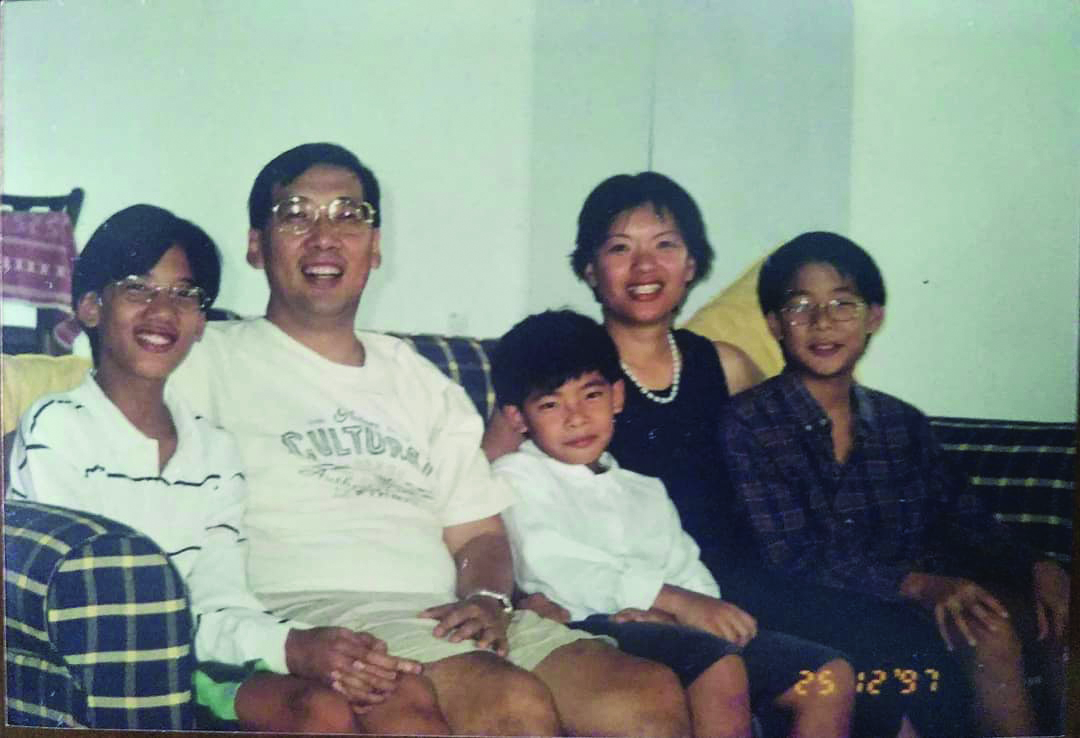 John-Hans Oei, co-founder of Cultiveat, speaks about rediscovering faith and making peace with himself.

In our Father’s Day series, Lifestyle Asia KL reaches out to entrepreneurs whose candour and generosity allows us to be the audience, as they recollect memories of their fathers. In honouring their lasting legacies, these entrepreneurs open up on confronting the pain of bereavement and share their own journey in overcoming grief.

“My dad passed away when I was 11 from a very rare heart condition,” John-Hans Oei opens up on losing his father at a young age. His older siblings were 13 and 16 years old respectively at the time.

Such an exception was the circumstance plaguing the elder Oei that corrective surgery was not a possibility in Malaysia. Back then, it could only be performed in the US. According to John-Hans, the incision carried out on his father was then one of the longest in medical history. Despite its precarious nature, the surgery was a success.

What didn’t go as planned, however, was during recovery. While on a stroll with his wife, the heart of John-Hans’ father gave way. Mere 14 days after the surgery; having spent 9 days in the hospital and 5 days after discharge.

“He was quite a brawny person. At 6-feet-1, he used to play rugby for Perak, and so he had a presence about him,” John-Hans describes his father, adding that despite his towering stature, the disciplinarian was a gentle giant.

When his father flew over to the US, accompanied by his mum, uncle and auntie, John-Hans remained hopeful at home. A man of faith, as John-Hans paints his father, he too inherited his father’s pious side. To wish for his father’s good health, he would recite prayers.

It was 6.30am, on the first day of the end-of-year exam. The brothers were up early, in preparation of the schooling commitment. The phone rang out and the eldest brother was on the receiving end of the distressing message. The remainder of the day was a haze to John-Hans. Remarkably he went to school and tried to complete the exam. Halfway through, he was whisked home by his second brother. “There was no point in continuing the exam,” he says.

What would transpire for the next few years as John-Hans Oei experienced puberty and adolescence stemming from the passing of his father was a descent to resentment. His faith in God wavered. “It was a shock to me,” he says of the bereavement. “I suffered for years from anger, bitterness. I was angry at God.”

Why, he asks rhetorically, because God took away my dad. “We were brought up believing in God and everything would work out by itself,” he says.

For several years, John-Hans found himself languishing. He sought comfort in cigarettes, lighting up the fuel of grudges he holds and puffing the painful memories away in vain. He thought they would vanish into thin air – except they never did go away like a nightmare.

“My mum was a homemaker for 14 years. She was very hospitable, the livewire of the community,” John-Hans describes his mother who was left to pick up the pieces. It was a tight-knit community with various groups and people regardless of their differences would come together.

Now a breadwinner, the mother of three boys had to work so her young family could stay afloat. In her, he sees resilience and courage. “Witnessing her, it translated into how we do business and approach life,” John-Hans says.

Without a father and with a mother who had to work, it created a void. John-Hans missed seeing his parents at school, while other children had their parents present to cheer them on. It taught him a lot, but perhaps none was more important than to be fearless.

“My mum always says, you have one life, you have to make the most of it. What’s the worst that can happen,” he continues.

While he wasn’t deprived because of poverty, if he yearned for pleasures in life, he would have to hustle for it. “I started working when I was 16. It wasn’t like we suffered; we had enough,” John-Hans recalls his teenage years. If he wanted something his pocket money couldn’t afford, he had to work for it. Through it, he learned about independence and money management. It helped him to shed his baggage which he had been carrying all the while, as was growing up. Meeting his wife, then girlfriend, proved to be a revelation for him.

“When my dad passed away, we were fortunate to have a very close community consisting of my aunties, uncles who are my dad and mum’s siblings,” he says.

“They became my fathers and mothers. They were so generous with me and never held back.”

He expressed gratitude to his football coach, who he says without whose intervention, he might have wound up dead.

Though he was temporarily lost in the aftermath of his father’s passing, John-Hans rediscovered faith. “Now that I’m older, I understand that. I know these things happen,” he admits of the circumstances beyond his control.

“I often think to myself, if my dad didn’t pass away, would I be where I am today? We would have been more comfortable, in that sense, having a normal life. Maybe if he was still around, I wouldn’t have done this (referring to being an entrepreneur). But I believe he would have been very proud of us siblings and our businesses. Me and my brothers are a team; we are partners.”

Today, John-Hans Oei sees a lot of his father in him, remarking, “I’m 32 years old now and I find myself enjoying the same foods that he did when he was my age.”

Father's Day Entrepreneur
Justin Ng
Digital Content Director, Kuala Lumpur
Often think of myself as a journalist and so I delve deeper into a range of topics. Talk to me about current affairs, watches, travel, drinks, new experiences and more importantly, the business, economics and dynamics behind it.