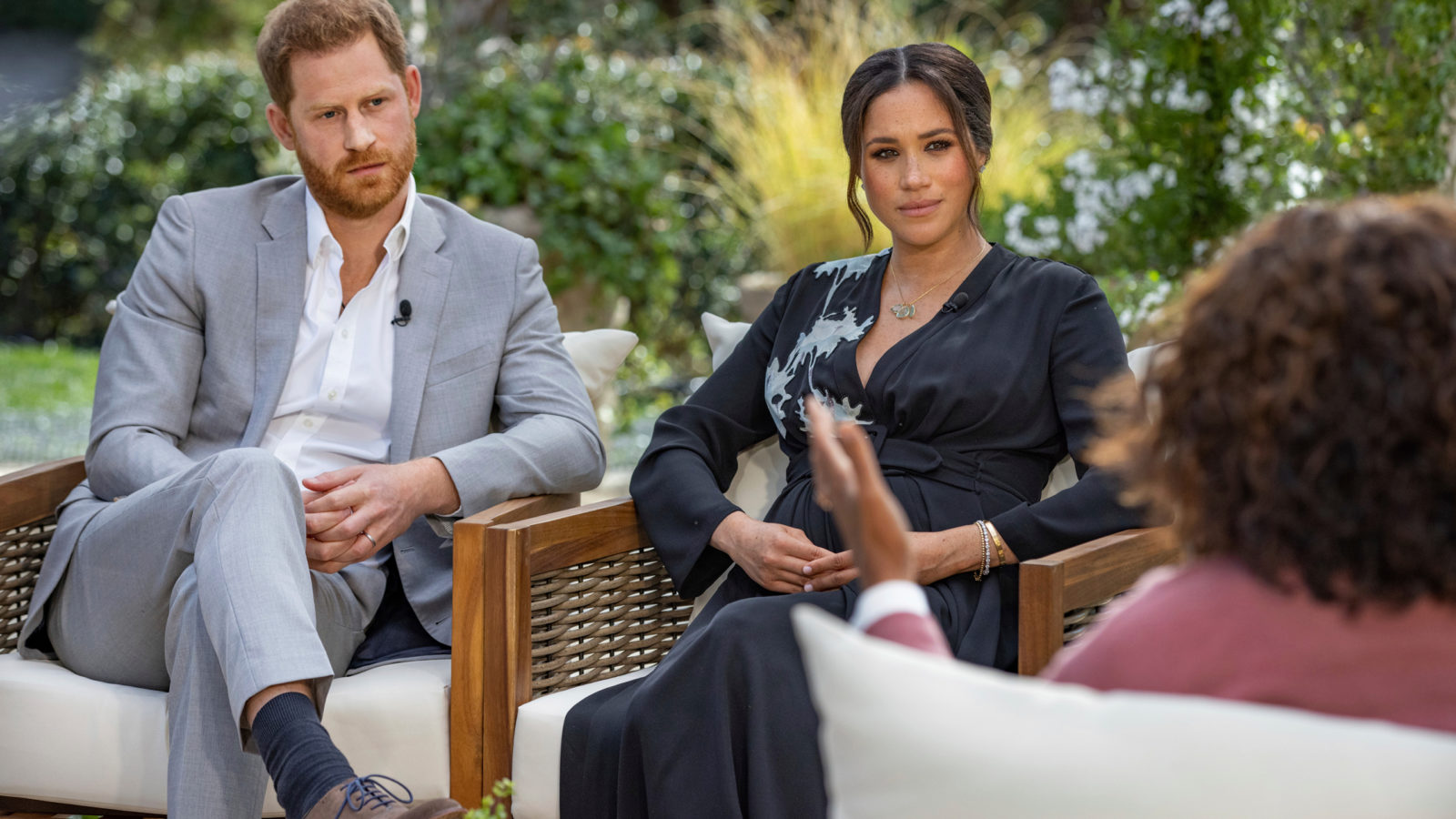 After a week of digs at Britain’s royal family, just how far will Prince Harry and Meghan Markle go in their hotly anticipated interview with Oprah Winfrey?

Millions of people tuned in to CBS Sunday evening to find out, and if that trickle of excerpts is any indication, they have scores to settle with Buckingham Palace a bit over a year after giving up frontline duties as royals and moving to southern California.

In one of them, Meghan, a former TV actress who is pregnant with the couple’s second child, referred to the royal family as “the Firm” — an insider nickname she used with a little hint of endearment as she accused it of “perpetuating falsehoods about us.”

Meghan, 39, is also facing an internal palace investigation into claims that she bullied royal household staff during her time in Britain. The Times reported accounts of former staffers, saying the allegations dated back to October 2018, a few months after the couple’s fairytale wedding.

A spokesman for the Duke and Duchess of Sussex responded saying: “Let’s just call this what it is — a calculated smear campaign based on misleading and harmful misinformation.”

“It’s no coincidence that distorted several-year-old accusations aimed at undermining The Duchess are being briefed to the British media shortly before she and The Duke are due to speak openly and honestly about their experience of recent years,” the representative said.

The couple has often said they left Britain to get away from the country’s media, but they also made it known they were unhappy as royals. The crisis has echoes of one that led to the divorce of Harry’s parents, Prince Charles and Lady Diana, and a famous interview that Diana gave to the BBC in 1995 in which she admitted to cheating on him with army officer James Hewitt.

“My biggest concern was history repeating itself,” Harry told Winfrey in another interview excerpt released ahead of its broadcast. He was referring to the death of his mother in a high-speed automobile crash in Paris in 1997 as her driver tried to escape the paparazzi who were chasing them.

In another chapter of the transatlantic drama leading up to the chat with Winfrey, the Daily Telegraph reported Saturday that a probe is underway into a foundation that the couple created, then dissolved, in July. It also ran an article with highly critical accounts of Meghan as headstrong, calculating and spoiled.

After confirming to Queen Elizabeth II that they would not resume frontline royal duties after a one-year review period, the duke and duchess lost their last royal patronages and military titles last month. From Britain, they had moved to Canada and then California. They lived first in Los Angeles and since July in Montecito, a small and affluent seaside city 100 miles (160 kilometres) up the coast.

They have sought to present themselves as a modern couple concerned about humanitarian issues, in a country where public opinion of them is much more favourable than it was in Britain. When many British observers of the royal family criticized the couple as reckless and selfish, some in America saw in this hints of racism towards Markle, who is mixed race.

Since arriving in America the couple has created a charitable foundation called Archewell and signed a deal with Netflix to produce documentaries, feature films, children’s programming and other content. Add to this a partnership with Apple TV+ in collaboration with Winfrey.

The queen of US talk shows sold the much-anticipated interview to CBS for $7 to $9 million, according to The Wall Street Journal. But she retains international rights to the juicy chat, with so many people around the world wanting to hear what Harry and Meghan have to say.