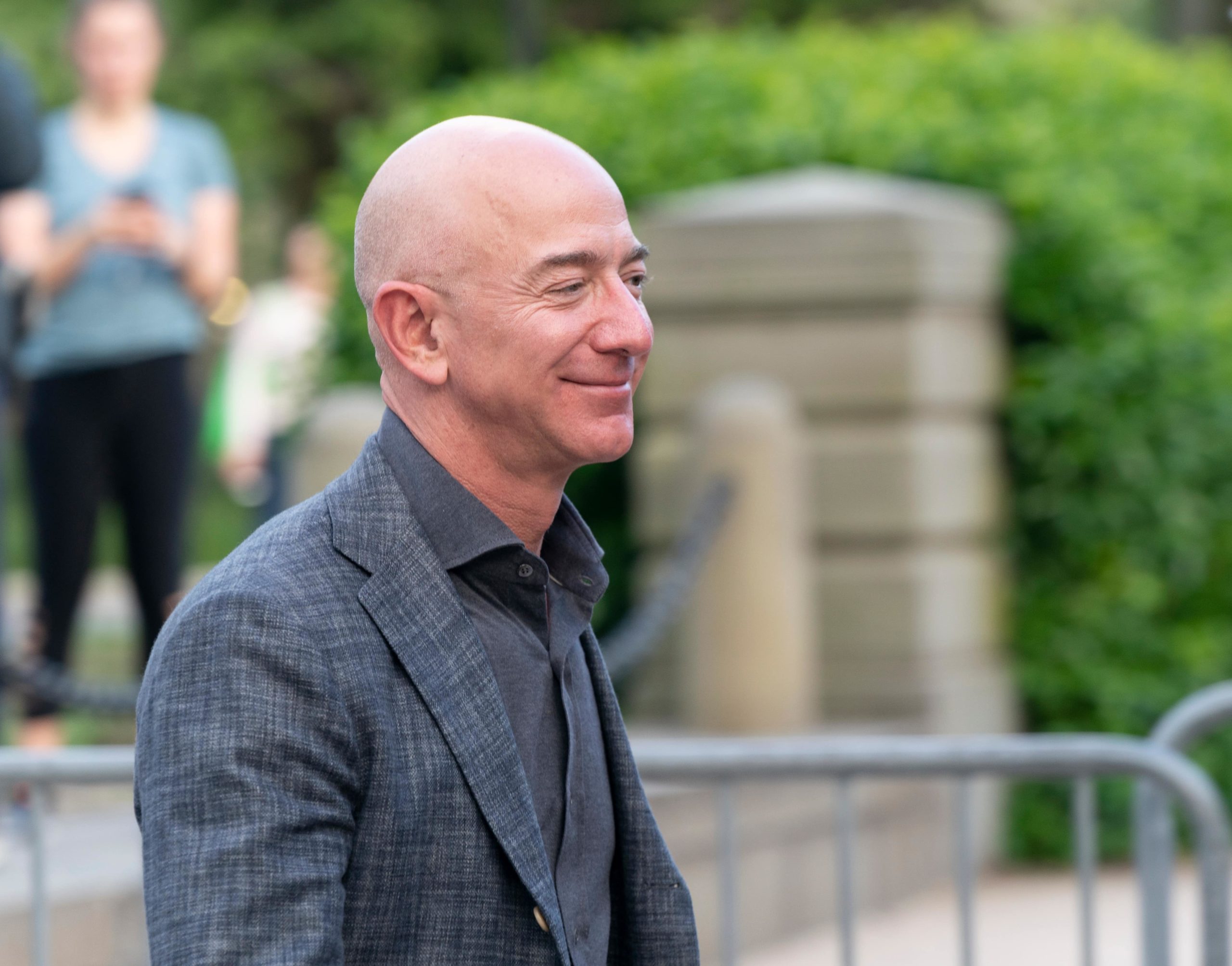 There are 9 people belonging to the world’s richest club. The entry criterion? A mere US$100 billion, or RM420 billion.

With Microsoft’s ex-CEO Steve Ballmer joining the roster of the centibillionaire club, the list of the US$100-billion club has now grown from eight to 9 members. And it is no surprise that the billionaires with a wealth of over US$100 billion are mostly US-based. Jeff Bezos is the richest of all with over US$210 billion (RM880 billion) wealth, followed by Elon Musk, Bernard Arnault, Bill Gates, and Mark Zuckerberg. The Facebook CEO is followed by Google Co-founders Larry Page and Sergey Brin, and Warren Buffett ranks eighth. See the full list of the richest people of the US$100-billion club here.

With a net worth of US$210 billion (RM880 billion), the Amazon founder leads the pack and is currently the wealthiest man on the planet. Bezos had rather humble beginnings. He founded Amazon out of his garage in 1994. Since then, Amazon has become the largest e-commerce website in the world. Amazon is also a dominant force in the streaming business, thanks to Prime. Bezos made big headlines during the pandemic as his wealth grew exponentially due to the online shopping surge. Bezos is an avid philanthropist. Synonymous with large donations, last year, Bezos gave away a whopping $10 billion to launch the Bezos earth fund. In fact, he stepped down as the CEO of Amazon to devote more time to philanthropy and other projects. Amongst other things, Bezos owns The Washington Post and Blue Origin, an aerospace company that is currently into making commercially viable rockets. In 2019, his divorce hit global headlines, after he transferred a quarter of his stake in Amazon to his wife Mackenzie.

Europe’s richest man helms the legendary fashion group LVHM ( Louis Vuitton Moët Hennessy). The group owns luxury labels such as Fendi, Christian Dior, and Givenchy. The rise of the fashion industry in China significantly boosted the revenue of LVHM in the first quarter of 2021. In January 2021, LVHM signed a deal with the American jeweller maker Tiffany & Co worth US$15.8 billion (RM66.2 billion). It is believed to be the largest luxury brand acquisition in history. Bernard Arnault got into fashion by raising US$15 million (RM63 million) from his dad’s small construction business. From the money earned, he bought Christan Dior in 1985. In addition to being a fashion tycoon, Arnault is also an art enthusiast. He is known to have several rare paintings from Pablo Picasso, Damien Hirst, and Jean-Michel Basquiat.

Musk loves innovation. The founder of Tesla and Space X is currently the third wealthiest man in the world with a net worth of US$160 billion (RM670 billion). Tesla is revolutionising land transportation with its range of high-tech, eco-friendly cars and with Space X, Musk has never been shy of exploring the outer universe. He was born in South Africa and later moved to Canada before settling in Los Angeles, US. He holds the citizenship of those three countries. Interestingly, this Stanford drop-out centibillionaire is also a bit of a TV personality having made cameos in shows like The Big Bang Theory, The Simpsons, and South Park.

Bill Gates is a name long been associated with wealth and charity. The co-founder of Microsoft has a net worth of US$129 billion (RM540 billion), making him one of the richest people in the world. He is also the co-chair of the Bill & Melinda Gates Foundation, one of the world’s largest charitable foundations. Gates first wrote a computer program at the age of 13, and in 1975, he founded Microsoft. Bill Gates is not a person you often see in the public eye and is known to live a relatively simple lifestyle. In March 2020, Gates stepped down from the Microsoft board, amassing 1% of the company’s shares. In May 2021, Bill and Melinda Gates announced their divorce, but the couple has pledged to continue co-chairing the Bill & Melinda Gates Foundation.

The Facebook founder has a net worth of US$126 billion (RM528 billion). By his sophomore year at Harvard, Zuckerberg had already found expertise in computer programming. He had developed two softwares – CourseMatch and FaceMash. In 2004, he founded Facebook and today, along with Instagram, which it owns, Zuckerberg runs two of the most powerful social media sites in the world. In 2015, Zuckerberg and his wife Priscilla Chan pledged to donate 99% of their net worth during their lifetime. Zuckerberg was caught in the eye of the storm in 2018 when it was alleged that Facebook had shared users’ data with the political consulting firm Cambridge Analytica.

Larry Ellison is the chief technology officer and co-founder of Oracle. He commands a net worth of US$110 billion (RM460 billion). A leader in Customer relationship Software, Oracle is amongst the most illustrious names in the technology space. In March 2018, Ellison founded Sensei, a wellness startup. In the same year, he was named to the board of Tesla. Unlike some of his more humble billionaire contemporaries, Ellison is known for his extravagant splurges. However, he does not ignore philanthropy. He has announced that he would give away 95% of his wealth through a private trust.

Larry Page co-founded Google with Sergey Brin in 1998. Page held the CEO position of Google till 2011, before becoming the CEO of Google’s new parent company, Alphabet. He stepped down as the CEO of Alphabet in 2019 but remains a controlling shareholder and board member. Page is a founding investor for Planetary Resources, a company that specialises in space explorations. He has also entered the flying car business by investing in two related companies – Kitty Hawk and Opener.

The Google co-founder, like Larry Page, stepped down from Alphabet in 2019 from his role as the President. Though, he remains a controlling shareholder and a board member of the company. Sergey Brin met Larry Page when he was pursuing his PhD at Stanford University. The duo built a search engine as a part of their PhD requirement, but it ended up becoming so popular on the Stanford campus that the two left their PhD aspirations to devote time to their start-up Google. In 2017, Brin caught the media attention by participating in a protest against Donald Trump’s immigration policies at the San Francisco International Airport. Speaking of his current business ventures, Brin is reportedly working on an advanced air-ship project.

Warren Buffett is widely believed to be the most successful investor (also among the richest people) in the 20th century. With a net worth of over US$101 billion (RM423 billion), Buffet is at the helm of Berkshire Hathaway, a group encompassing more than 60 companies from diverse lines of business. Buffett started at the tender age of 11, and he started filing taxes at the age of 13. Buffett is big with charity. He has given more than US$41 billion (RM172 billion) to various foundations, including Bill & Melinda Gates Foundation. He has pledged to donate 99% of his wealth to charity. In 2010, Buffet and Bill Gates launched “Giving Pledge”, urging the ultra-rich to donate at least half of their wealth to society.

All images by Shutterstock, unless stated otherwise