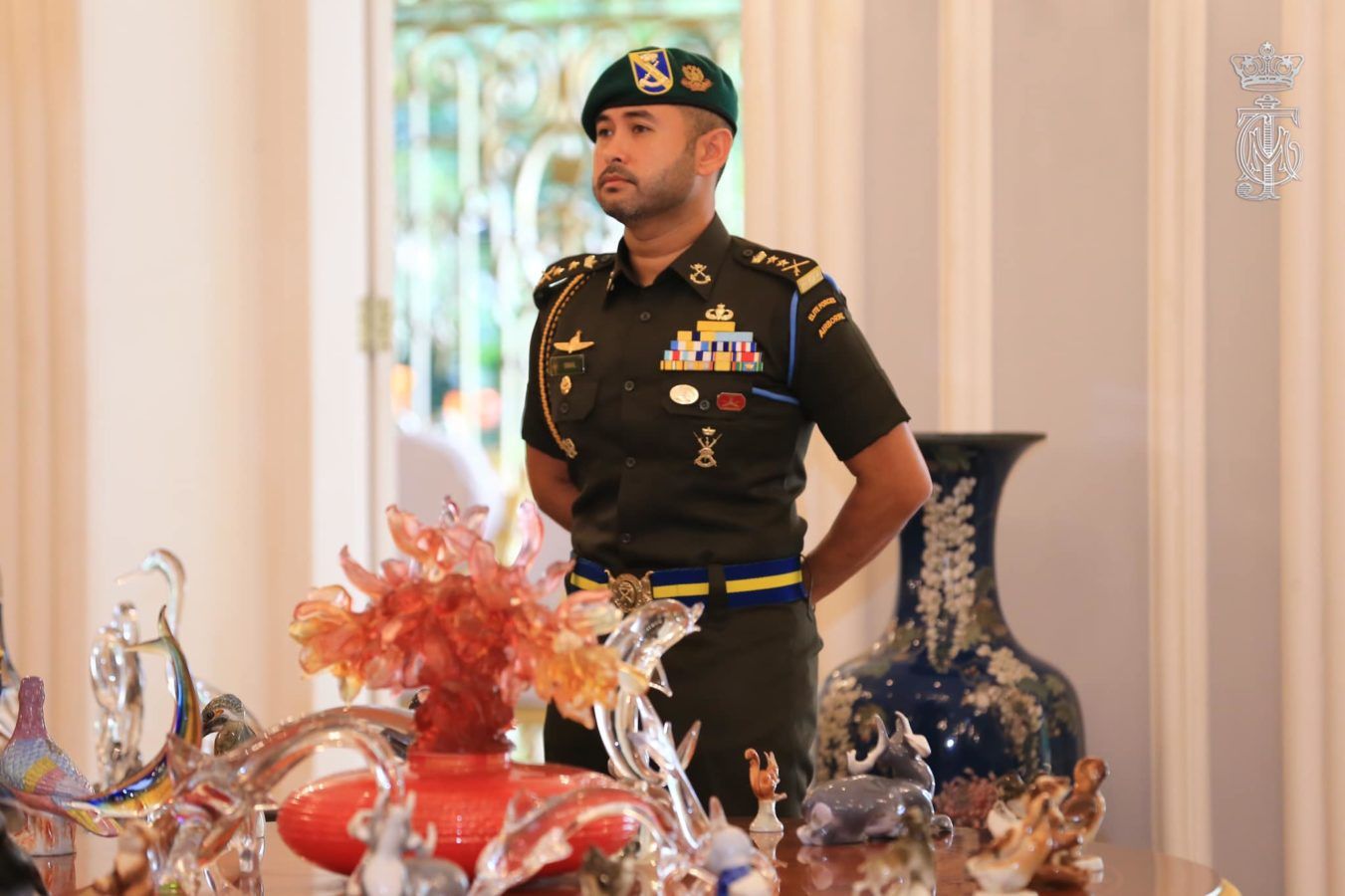 Keeping up with our Asian royals.

If the weddings of Kate Middleton and Meghan Markle are any indication, people are fixated on royalty. Luckily for fans of the blue-blooded, Instagram has made keeping up with their lives just a tad easier. Welcome to the world of modern royalty, where younger generations have no qualms about sharing the ins-and-outs of life as society’s upper crust. Ahead, we beckon you to take a tantalising glimpse into the lives of the most talked-about Asian royals, then hit the ‘follow’ button. You know you want to.

The words ‘crazy rich Asians‘ have nothing on Ezurin Khyra — once married to Tunku Dato’ Yaacob Khyra of Negeri Sembilan royalty, the socialite lives a life largely by way of high fashion. Her feed is a treasure trove of glamorous #ootds — the princess of our hearts is bold in her wardrobe choices, mixing the work of emerging designers and big-name fashion houses.

Of course, a woman so glamorous is blessed with an equally elite social circle of other blue bloods, celebrities — she counts Lionel Richie and Kim Kardashian among her friends — and fashion designers. What might also surprise you is that Ezurin is a proud mother of five, all of which she has enviably close relationships with.

While they might be friends, Filipina social media star Samantha Richelle keeps a relatively low profile next to Princess Ezurin — it’s not widely known that she is the daughter of Brunei’s Prince Jefri Bolkiah. The down-to-earth beauty is known for her edgy style that’s amplified by her tattoos, and sometimes suggestive photos.

But despite your initial impressions, Richelle is a family woman who’s not shy to share about her devotion to her family. She frequently posts about her partner Anton Del Rosario, a famous sportsman with whom she has a son named Myles that they both publicly dote on.

The daughter of the Tengku Mahkota of Pahang is a classic beauty; she’s blessed with an impressive height and modelesque looks of large doe eyes and long raven hair. Her feed is a combination of photos at family gatherings, her appearances at charity events and outings with her equally beautiful sisters. As a young and modern princess, Tengku Iman proves that she’s adept at balancing her royal duties with the trimmings of modern life.

Unfortunately for fans of Princess Sirivannavari, she does not have a public page on Instagram — you can, however, get to know her more through this interview with Prestige Thailand.  The Princess is vocal about Thailand being rich in resources and creatives. As the designer of her popular namesake label, she herself is one of them. While you won’t be able to follow her personal page, following her label’s feed gives you an inside look into her personal style and creative process.

Asia’s answer to Prince Harry is no stranger to the world. The blue-blooded bachelor has a loyal following online (he now has 2.3 million on Instagram) and in real life. The fourth son of the Sultan of Brunei by his second wife Puan Mariam Binte Abdul Aziz, Prince Mateen shares about his royal and military duties, holidays in tropical destinations and fitness regimes. A lieutenant in the Bruneian army, and has a Master of Arts degree in International Studies and Diplomacy from the University of London. Follow him to see how he lives life as a young royal, with a pet leopard by his side and in immaculate suits, no less.

The 303rd descendant of the royal family of Jaipur is a young maharaja, and a dapper one. The 22-year-old gained global fame when he accompanied Ava Phillippe, the daughter of Reese Witherspoon, to her debutante ball. As a national polo player, Singh is lauded for being the one who revived the sport. He was captain of the Indian team and competed against England for the first time in over sixty years. A regular face at elite events all over the world, Singh became the first Indian royal to walk for a big name label when he modelled for Dolce and Gabbana’s Spring/Summer 2019 show.

Princess Hayu of Yogyakarta is not your average princess. For starters, the fourth daughter of Sultan Hamengkubuwana X of Yogyakarta is part of what the international media are calling “the feminist revolution”. Her eldest sister is said to be the next in line to the throne, a shocking possibility for a monarchy that has seen generations of male rulers.

A look at her Instagram profile will confirm this, as she writes “helping ancient traditions going high tech” in her bio. Princess Hayu is a symbol of Java’s changing gender roles, as she was a game producer for GameLoft and serves as chief of the IT and department affairs department in the palace. Her active career and role in royal affairs is an inspiration for women in the kingdom, who’ve traditionally taken a backseat to men.

Widely known across Malaysia as TMJ, the crown prince of Johor is one of Malaysia’s most notable royals — topping off the list with the most followers at 2.6 million and counting. He’s known for being outspoken in the media and unafraid of speaking his mind. TMJ is the husband to Che Puan Khaleeda Bustamam and doting father to three young children. His Instagram account gives the nation glimpses of his life as the boss of Johor FC, his lavish home and collection of cars.