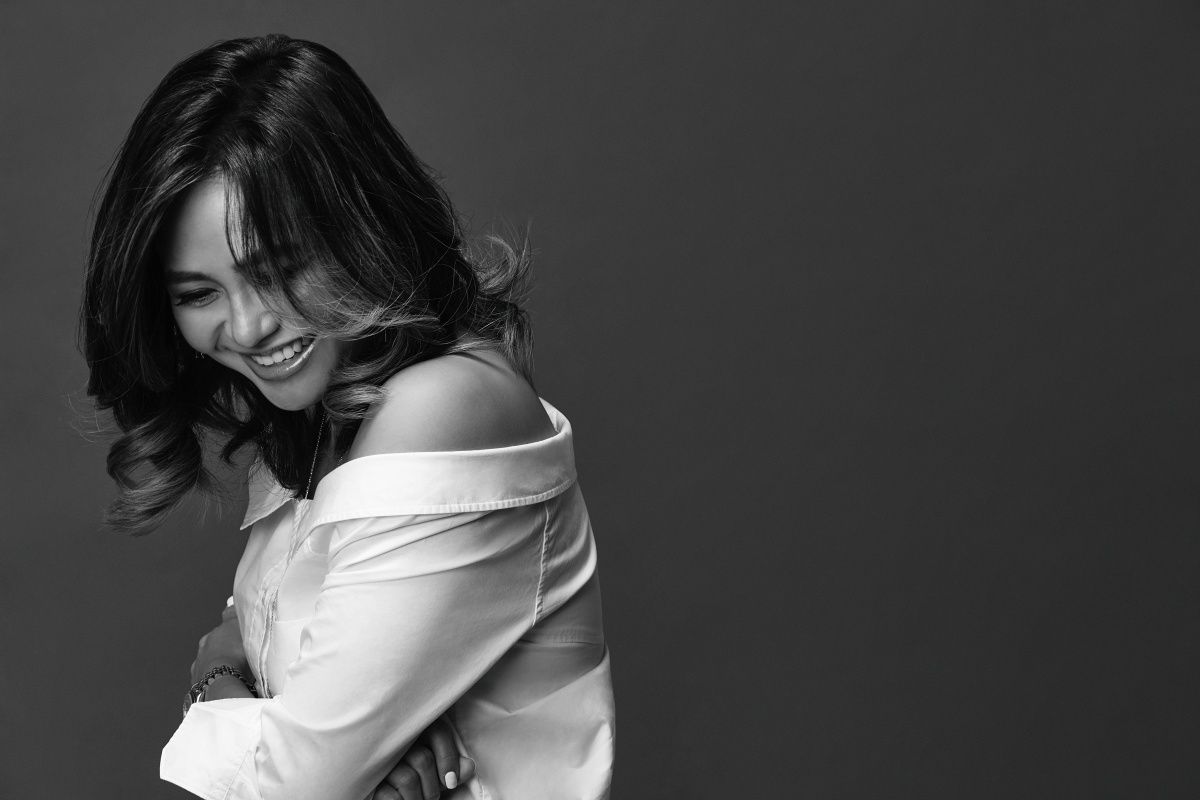 When Jenn Low found out that she was pregnant, she was prepared to juggle motherhood and Wanderlust + Co, her fashion jewellery business. Both were equally as important to her, and her business was starting to peak and expand internationally. But now with her daughter Olivia turning two in December, she hums a different tune.

“Multitasking is a little overrated,” says Low. “Being mindful and present wasn’t something I would have anticipated when I was pregnant. But now that Liv (Olivia) is here, I know for a fact that it’s the key for me to stay positive.”

As a young, first-time mother, juggling a full-fledged business and motherhood can be daunting. Low soon found out in her own way that listening to her own intuition has been the most effective way in learning to be a better mother and entrepreneur. “Someone else might be able to say that they did this or that, and it worked for them. But you have to do what’s right for yourself,” she muses.

Low started off Wanderlust + Co in 2010 back when she was still in Australia, before moving her HQ to KL. The brand was conceived as a solution to fill a gap in the market, as she felt that most fashion jewellery brands were either from the high street, fast-fashion brands or premium upmarket ones from designer labels. “There wasn’t anything in-between; hence I thought that there was an opportunity to fill the gap for an affordable, designer-looking fashion jewellery brand that is designed for today’s global, digital girl.”

The start of a new chapter

It was six years after the debut of Wanderlust + Co that Low became pregnant with Olivia. Unbeknownst to most, it was not actually her first pregnancy – she had, in fact, conceived a year before but lost it in a sudden miscarriage.

Before that happened, Low had been unsure of how she was going to juggle motherhood and her business. “I do feel at times that running a business and being responsible for the team and growth of the brand is a high-pressure role,” she reveals. “I wanted to give it my best and I wasn’t sure if motherhood and doing that would be too much for me.”

After the miscarriage, she felt a shift in her own perspective – instead of looking at her responsibilities and challenges as a burden, she decided to think of it as a blessing and urged her fellow female entrepreneurs to look at it in a similar way. To her, it was fortunate to be able to create something and be responsible for its growth, both in the context of owning a business and being human. Having that change in perspective made all the difference towards how she viewed motherhood as well as running a business.

Being a mother with a business mind

With a big event in one’s life – the addition of a new family member – lifestyle changes would need to be made. As the founder of her own business, Low has more freedom to make her own call when it comes to adapting her business to her new lifestyle as a mother. One of the key things that have changed for her is definitely the way her day-to-day is scheduled. As a general rule of thumb, she tries her best to not schedule anything before 9.30 in the morning.

“I love watching the sunrise and having some quiet time to myself where I do a bit of meditation and some reading,” she shares. Olivia then usually wakes at about 7.30 a.m. – “I love spending my first hour of the day with her. I hope that it subconsciously tells her that she’s so important to me and she definitely is my first priority on top of everything else.”

But when it comes to deciding which one of her two ‘babies’ (Olivia and Wanderlust + Co) would need her immediate attention, Low confesses to sometimes struggling with her decision. “That’s just the truth!” she laughs.

Other times, she practises two key moves that help her prioritise and get things done. First, she says, is to calendar in her priorities and manage that well. Secondly, is to be decisive, pick a path and then stay on it. Focusing on small, continuous improvements with a bigger picture goal in sight is her way of managing the chaos. To her, it’s also important to be able to be in touch with yourself as a business person.

“You get a lot of messages and cues from different people, but it’s so important to be able to take in everyone’s feedback while also listening to yourself and intuitively know what’s best for everyone, and especially for the business,” she expresses. Then, you make your decisions from there.

Most mothers will know this all too well: the “mum guilt”. It’s a form of guilt that accompanies every decision you make (or don’t make) for your child. For working mothers, the guilt of working and leaving your child at home or putting your career on hold to be a stay-at-home mother is both equivalently difficult to be reckoned with. It doesn’t elude Low too, as she has had her fair share of ‘mum guilts’ thanks to the travelling that comes as part and parcel of the business.

She shares: “As women, we can be so hard on ourselves as well as each other. These moments are real and will happen, but let them come and experience it fully. Share them with your family or whoever you feel comfortable speaking with. Know that the moment will pass, and know that you are setting an example for your children on commitment and passion when it comes to your career.”

Of course, no man is an island – help is always welcomed. To that, Low feels that it’s important to have a solid infrastructure set up at home. She cites the support from her husband and nanny as indispensable – without them, she wouldn’t be able to do the many other things she’s doing right now, “Having open conversations with your family about what you need to do and making sure they’re on board is crucial for a working mother.”

Learning along the way

Not everything is bound to go as planned, but that’s not necessarily a bad thing. For Low, she was prepared to juggle more responsibilities and having to multitask, because Olivia and Wanderlust + Co are equally as important to her. After giving birth, she realises that things don’t always work out the way you would want it to.

For most business owners, work doesn’t just stop once you leave the office. In our world of connectivity, most can’t help but bring their work home. With Olivia around, Low finds that she would want to give her daughter her 100% attention whilst at home and try not to think about work or be on her smartphone or laptop. “I want to be fully present and mindful with her,” she elaborates.

The same theory applies to the workplace – Low says that while at work, she trusts that her nanny at home has got things covered, so she’s able to be fully present in a meeting and concentrated in any workplace discussions without having to worry about Olivia at the back of her mind.

Low concludes: “I realised that it’s just the best way for me – we don’t need to be anywhere else but where we are right now.”

Food & Drink
Sip on tea like a lady at these 6 tea houses in KL
Mother's Day Wanderlust + Co. Jenn Low mother's day 2018 mothers in business jenn low wanderlust + co fashion jewellery brands working mothers career mothers young mothers
PohNee Chin
Editor, Kuala Lumpur
Poh Nee is the editor and writes about travel and drinks. When she's not living out her holiday dreams via Google Earth and sipping on an Old Fashioned down at the local bars, you can find her snug at home bingeing on Netflix and mystery fiction.
Travel Drinks
Sign up for our newsletters to have the latest stories delivered straight to your inbox every week.