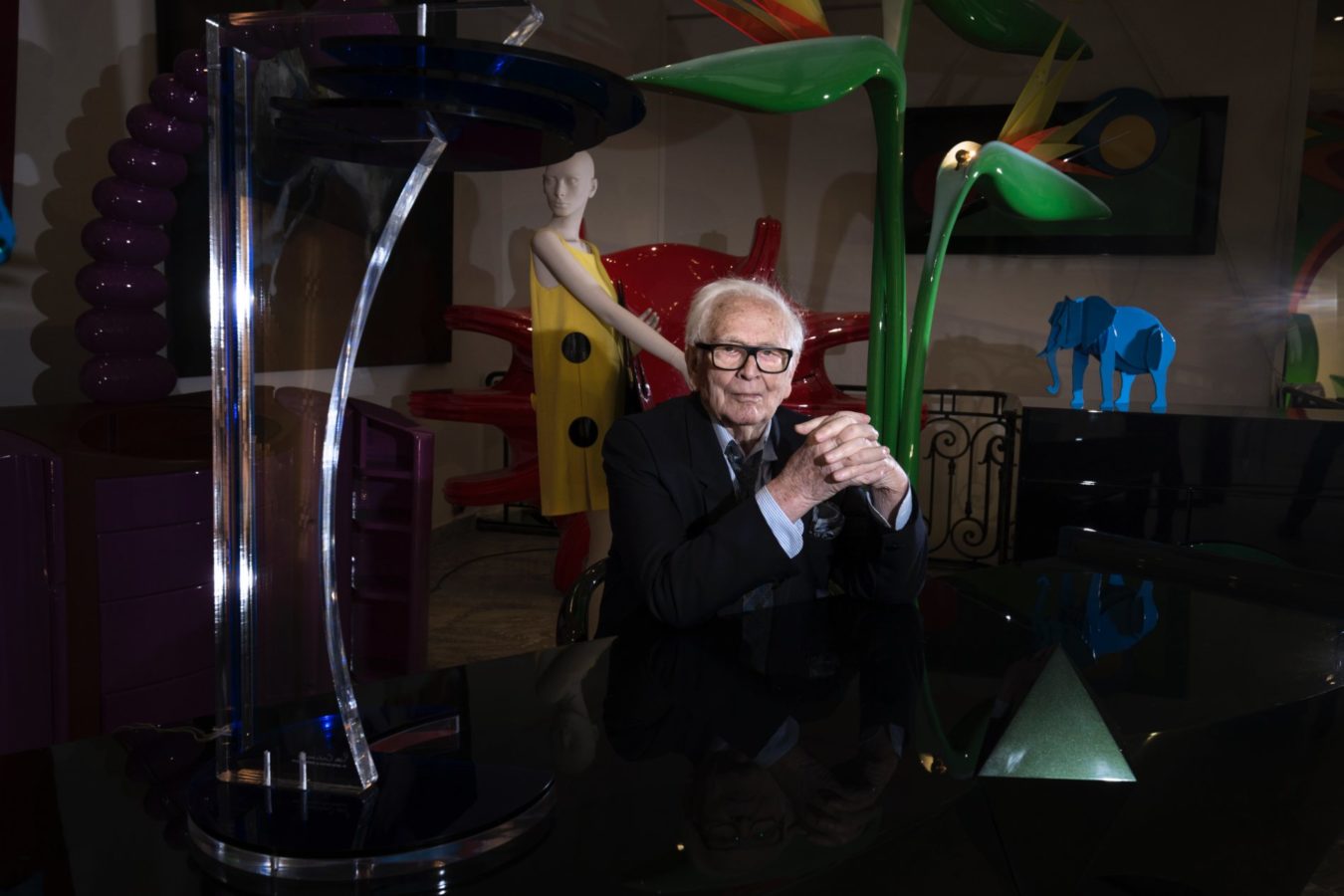 Pierre Cardin passes away at the grand old age of 98

Pierre Cardin, who died Tuesday aged 98, was a man of many paradoxes — a designer who sought flamboyant yet simple styles, an aesthete with a head for business, and a futurist now associated with retro.

He rose to the pantheon of France’s post-war fashion giants only to shake it all up by leading what was in the 1950s a revolutionary concept — designing “ready-to-wear” collections for the high street. A savvy businessman, he expanded his empire globally, moving into once closed markets and selling hundreds of licences to make himself the undisputed king of designer merchandising — and being slammed by the fashion elite for selling out.

Cardin’s 1960s “Space Age” collection is among his most legendary, and his designs such as the men’s collarless “cylinder” suit inspired the early look of the Beatles.

Cardin entered the Parisian fashion world in the aftermath of World War II, training with the likes of Christian Dior and Elsa Schiaparelli. In the 1950s, as he began to branch out on his own, he soon established a name as an innovator with the now legendary bubble dress in 1954.

Throughout the 1960s, as one of the most influential creative forces, he turned out collection after collection featuring an array of original ideas, and with his penchant for geometric shapes and motifs, he frequently ignored the female form altogether. It was this disregard for femininity which led him to be credited with creating the “unisex” look.

Although he was gay, he had a four-year affair with the French film star Jeanne Moreau. She wanted to have a child with him but could not after suffering from uterine cancer.

‘Beauty and the Beast’

Cardin was born into poverty on July 2, 1922, near Venice in northern Italy. His family emigrated to France when he was a child, and he grew up in the dour French industrial town of Saint Etienne. At the age of 17, he was apprenticed to a tailor in Vichy where he soon specialised in women’s suits.

In 1944, after the liberation of France, he cycled all the way to Paris where he studied architecture before starting to work in fashion houses. He began designing costumes and met the poet, artist and director Jean Cocteau, for whom he designed the mesmerising sets and outfits for the classic film “Beauty and the Beast” in 1947.

In his heyday, Cardin boasted of having some 1,000 licences and franchises, from fashion and food to cigarettes and furniture, which generated hundreds of millions in annual sales and made him a household name around the world.

He headed a global empire with a strong presence in Japan. He also signed production deals with the Cold War-era Soviet Union in 1978, then became the first French designer in 1979 to cement links with China.  He was also the first designer to hold a fashion show in Red Square in Moscow in 1991, drawing a crowd of 200,000.

“I cover the entire world, except perhaps North Korea, and I could go there too if I chose,” he told AFP in a 2010 interview. Cardin’s empire also included hotels, factories and boutiques. Among his many acquisitions was the upscale Paris restaurant Maxim’s, which he turned into an international chain.

But the much-used and franchised Cardin brand later showed signs of wear. In 2011, he put his fashion label up for sale saying he hoped it would fetch up to a billion euros. It failed to sell. And Cardin’s purchase of a castle in Provence that once belonged to the Marquis de Sade, and dozens of houses around it, angered locals who complained the buildings were left empty and wrecking the life and economy of the village.

In 2014, inaugurating a small Paris museum for his work, he said he had built up quite a “legacy for a couturier who came from nothing”.