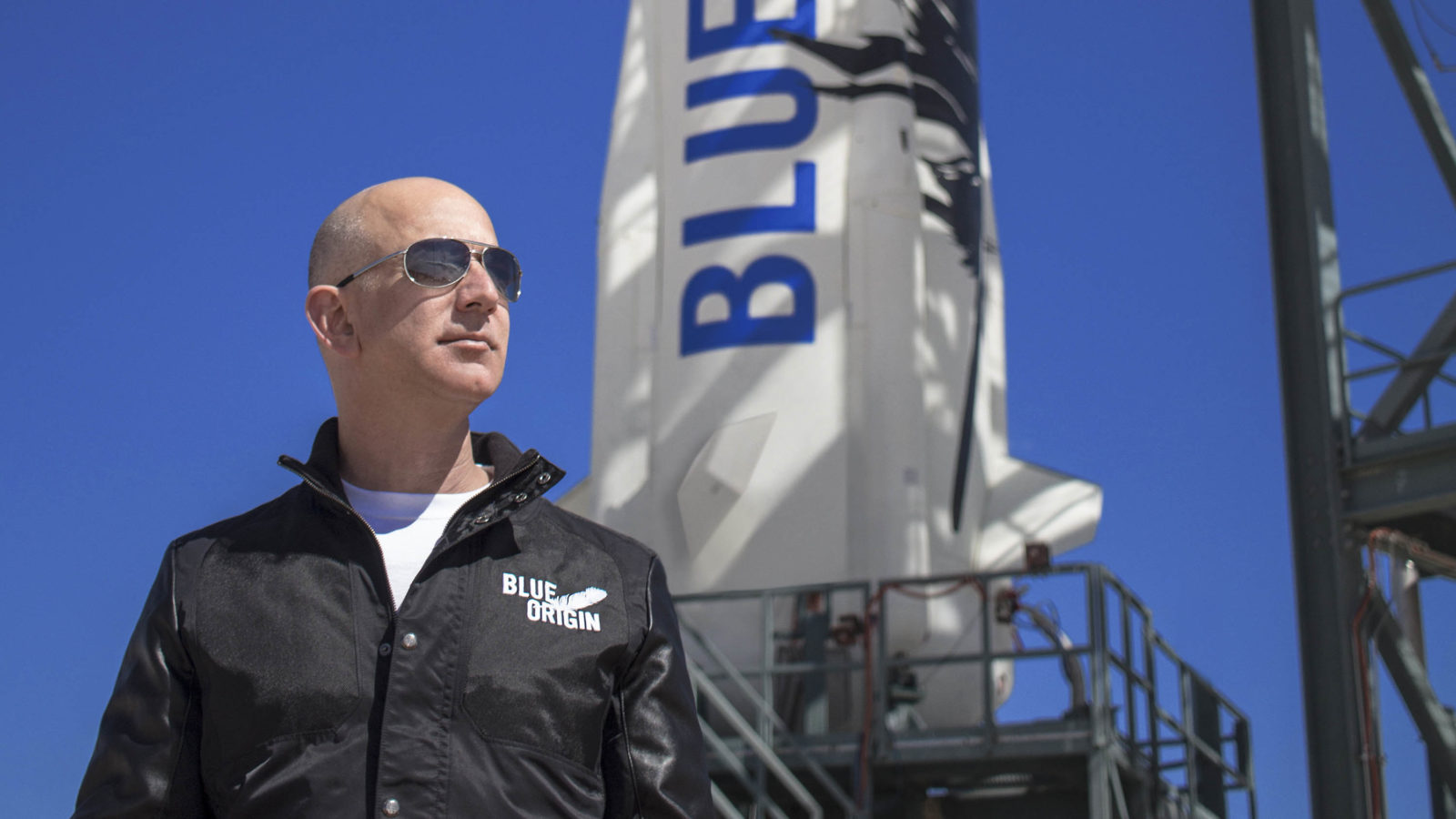 When you’re the world’s wealthiest person like Jeff Bezos, the world is your oyster.

Jeff Bezos is the world’s richest man. According to Forbes, his net worth is US$200.3 billion (or RM840 billion as of 14 September 2021). Best known as the founder of Amazon, Bezos owns the e-commerce behemoth, which started in 1994 from a garage in Seattle. Besides Amazon, Bezos also owns other businesses. The most notable among them are aerospace company Blue Origin — founded in 2000 — and one of the world’s leading newspapers, The Washington Post, which he bought in 2003 for US$250 million (RM1.05 billion).

You might like this…
Gear
From ‘Solaris’ to ‘Eclipse’, comparing Roman Abramovich’s yachts by size and amenities
Gear
From Porsches to private jets — automotive toys owned by billionaire Bill Gates

Although Bezos doesn’t own swanky cars and has only one private jet, his interest seems to lie in land and buildings. He is one of the biggest private landowners in the US. From one of the world’s fastest private jets to his many properties, we take a look at some of the things owned by billionaire Jeff Bezos.

Former Amazon CEO Jeff Bezos is the world’s richest man and thus, he definitely has the money to own one of the world’s most luxurious and fastest private jets.

According to Business Insider, Bezos owns a Gulfstream G-650ER through his holding company Poplar Glen. The aircraft reportedly cost him US$ 65 million.

The Gulfstream G650ER is the epitome of luxury in the skies. Spacious interiors decked with some of the choicest amenities and handcrafted seats that convert into comfy beds. Between three and four living areas can be configured for seating up to 19 passengers.

On 20 March, 2018, Amazon founder Jeff Bezos posted a photo of himself walking with his dog at Amazon’s MARS conference in Palm Springs, California, US. Nothing unusual, right? But it was!

His ‘dog’ was a machine — a four-legged robot known as SpotMini (now renamed Spot), created by prestigious robotics company Boston Dynamics which is owned by Hyundai Motor Group.

Taking my new dog for a walk at the #MARS2018 conference. #BostonDynamics pic.twitter.com/vE6CXrvV3o

The yellow-painted robo dog is designed for inspections and data capture. According to Boston Dynamics, it can carry up to 14 kg of equipment and can avoid obstacles using a 360-degree perception that maps terrain. It can open doors and even get you a drink.

The robodog is customisable according to mission needs and comes in two models — Spot Explorer and Spot Enterprise.

Clock of the Long Now

On 20 February 2018, Jeff Bezos posted a tweet announcing the start of the construction of the Clock of the Long Now, which some also call Millennium Clock.

Besides the size, the clock is also very unique in terms of functionality and purpose. The giant clock is meant to run for 10,000 years. It will tick only once a year and the cuckoo will come out only once in a millennium. Its chime generator will create a different tune each day.

Installation has begun—500 ft tall, all mechanical, powered by day/night thermal cycles, synchronized at solar noon, a symbol for long-term thinking—the #10000YearClock is coming together thx to the genius of Danny Hillis, Zander Rose & the whole Clock team! Enjoy the video. pic.twitter.com/FYIyaUIbdJ

The idea of the clock was first proposed by computer scientist and entrepreneur Danny Hillis in the late 1980s. Bezos says he has been helping Hillis for “the last half dozen years.” The Bezos-funded project is being constructed inside the Sierra Diablo mountain range in Texas, US.

The Wall Street Journal, in February 2020, reported that Jeff Bezos had purchased the Jack Warner Estate from David Geffen for US$165 million (RM690 million). The sale was a record for LA County. The Spanish-style mansion was built in the 1930s by Jack Warner, the co-founder and one-time president of Warner Bros.

The estate is spread over 3.6 hectares of land. Warner used to throw lavish parties here which were attended by the likes of the who’s who of Hollywood.

According to Business Insider, the property has two guest houses and a 13,600-square-foot mansion, which houses eight bedrooms, nine bathrooms and a huge swimming pool.

Medina is a small, peaceful town on a peninsula of Lake Washington near Seattle. It has the homes of some of the world’s richest people, including Bill Gates, most of whom have mansions on the Evergreen Point Road.

An estate spanning over 2 hectares in Medina is owned by Jeff Bezos. It includes two houses, together measuring around 29,000 square feet. The property has a boathouse and shoreline of 200 yards. The estate was bought by the Amazon founder in 1998, a year after his company launched its IPO. At the time, Bezos spent US$10 million (RM41.8 million) for it. In 2010, it underwent renovation costing US$28 million (RM117 million).

Posh apartments in the Big Apple are among the properties owned by Jeff Bezos.

In June 2019, The Wall Street Journal reported that Bezos had bought three condos, including a penthouse.

According to the media house, Jeff Bezos purchased the property for US$80 million (RM335 million). The three condos combined have 12 bedrooms and measure more than 17,000 square feet.

In 2020, he bought another apartment adjacent to the condos for US$16 million (RM67 million). Measuring 3,000 square feet, this apartment includes three bedrooms and three and a half baths.

In 2021, the New York Post reported that he had bought another unit in the building for US$23 million (RM96 million).

A palatial mansion that was once a textile museum

Jeff Bezos owns a house in the Kalorama area of Washington DC, which was once the Textile Museum. The world’s richest man bought the property in 2016 for US$23 million (RM96 million) and then spent US$12 million (RM50 million) on its renovation.

The mansion measures 27,000 square feet. According to The Washingtonian, the property has 11 bedrooms, 25 bathrooms, and five living rooms. It also has a ballroom measuring 1,500 square feet.

In January 2020, The Washington Post owner bought a four-bedroom building for US$5 million (RM21 million) across the street to ensure more privacy for the textile museum-turned-house.

The Corn Ranch is Amazon founder Jeff Bezos’ biggest property by area. Located in Van Horn, Texas, the ranch was purchased by the billionaire in 2004. It is at the heart of the ambitious space travel missions of Bezos’ aerospace company Blue Origin.

The massive land measures 66,773 hectares. It sits almost in the middle of nowhere with salt lake beds, desert and flat terrain for miles around.

The Guadalupe Mountains National Park and its world-famous mountaineering hotspot — the 2,464-metre-tall El Capitan — are visible from Bezos’ ranch.

In 2015, the New Shepard rocket of Blue Origin had its maiden flight designed for space travel from here. On 20 July, 2021, the world’s richest man created history when he went to space in a New Shepard rocket launched from the Corn Ranch, with his brother Mark, 82-year-old aviator Wally Funk and 18-year-old Dutch teenager Oliver Daemen.