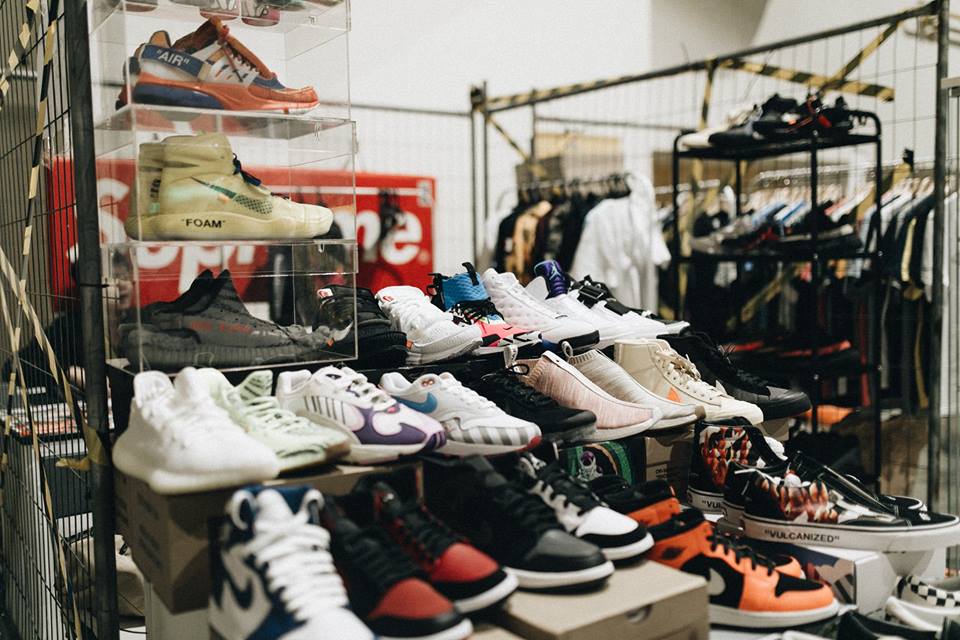 Q&A: Bryan Chin opens up about SneakerLAH, streetwear, and all things local

Living
Q&A: Bryan Chin opens up about SneakerLAH, streetwear, and all things local
Share this article
Next article

Modern-day millennials in Malaysia are pretty big on both sneakers and streetwear. The past couple of years has seen a huge spike in both categories as more and more millennials are spending way too much money on the latest sneaker and streetwear label drops. As of five years ago, all this culminates to the yearly event known as SneakerLAH.

What started as a simple get-together for the sneakers and streetwear community has since grown to become more than just that. Of course, there is plenty to look over when it comes to organising an event of this magnitude and the brain behind the operation is Bryan Chin, the co-founder of SneakerLAH.

Heading into its fifth year and its second stint at the Mid Valley Exhibition Centre, we got a chance to sit down with Bryan to pick his brain on what it takes to organise an event of this scale, his thoughts on the current streetwear scene in Malaysia, and more.

What is SneakerLAH all about?

BC: Basically, it’s an annual sneaker event that happens during the first weekend of October. It’s a place where you can buy, trade, and sell sneakers while also checking out the various brands who will be exhibiting what they’ll be pushing out soon. We are now in our fifth year of SneakerLAH and it’s anything and everything to do with sneakers.

What are the differences you’ve seen from the first year of SneakerLAH until now?

BC: Definitely the turn out; it has doubled since our first year so there’s that. On top of that, it’s also the content. Last time, it was slightly more focused towards reselling but now there’s a more balanced approach to it with 50% focused towards the brands as well instead of just reselling.

A lot of brands want to be part of SneakerLAH because the target market is there. They want to show what they will be pushing out in the next year or so. Essentially, SneakerLAH is a mix between ComplexCon and Sneaker Con.

And how did the idea of SneakerLAH come about?

BC: To be honest, it was all a fluke. We were doing an event for Hundred%, who was our client and they wanted to organise an event as they have not done so in a while. We pitched the idea of a community-based, buy-sell-trade event and tried to keep the list to a maximum of 10 different vendors. It was meant to be a small-scale event but it eventually grew to 38 tables in just a matter of weeks. On the day of the event, 17,000 people showed up, which was quite a surprise for us because we weren’t expecting that many.

Did you expect the hype of SneakerLAH to be this huge?

BC: Honestly, never. Even with the first edition, we never expected it to be that crazy. I guess one of the reasons why is because of a few good friends of mine like Nabil Raja Lawak, who was one of the first celebrities to come by SneakerLAH in its first edition. Noh Salleh also dropped by and posted about it on social media. Even guys like Joe Flizzow and SonaOne, they’ve been supporters since the beginning and it’s because of these guys who have been giving us shoutouts and support to promote the event.

What can we expect from SneakerLAH’s fifth year?

BC: So this will be the first time we’re remaining in the same location because it’s suitable for our crowd. What we’ll be focusing on this year is content as we’re bringing down Brendan Dunne and Matt Welty from the YouTube series, ‘Full-Size Run’. We’re also bringing down a deconstructed sneaker artist from Korea, Rudy Lim a.k.a @rudyindahouse, and even Chinatown Market will be making an appearance. Last but not least is, of course, our ‘Nasi Lemak’ ASICS collaboration.

Style
The ultimate guide to buying a blazer, according to SACCO’s founder Alexander Hascher

Touching on that, how did the whole idea of creating a sneaker inspired from a local dish come about?

Well, ASICS has been around for quite some time now and then they disappeared. It was only available in Malaysia via a distributor but now ASICS has its headquarters here and it’s now solely run by it. They approached Hundred% — one of the few shops to carry their products — to do a special collaboration. After discussion, we were brought in as another collaborator, making it a SneakerLAH collaboration and released during the event.

The planning of it was pretty hectic by the way; the country manager was flying back to Japan in early December and we only had two weeks to get it done before he left. By the time it was done, it wasn’t even a shoe design; it was just a concept that we wanted to do. We decided to talk about our national dish, nasi lemak and showcased the colours we were going to use.

What do you think of the shoe?

I like the colourway, which was done by my designer. I think it’s very loud and although the colours are bright, it blends quite well. Funny enough, on paper, the design have much of a wow factor but it was the best colourway we got from that combination. What’s great is that the colour blocking is proportionate to the exact ratio of how nasi lemak is.

Speaking of sneakers, in your own words, how would you describe the entire sneaker and streetwear scene in Malaysia right now?

I would say, it’s very different now and I can’t compare it to how it was back in the days. Everyone has to start somewhere and for me, the trending shoes were New Balance and Nike SBs. It’s the same with the current era; Yeezys, Ultraboost, and many others are the one that started it off for these kids.

In the end, you need hype and clout chasing for more people to know about sneaker culture. Now, you can see that there has been a huge burst in terms of the younger generation and their connection towards sneakers. Their gateway: the hype and the clout chasing that come with Yeezys. But eventually, they will start to learn and change. If that is what they’re interested in, I’m good with that. At least they know that there is a sneaker scene in Malaysia and it slowly grows from there. When it comes right down to it, everybody wants to flex on social media because that’s what it’s for. That is why we need physical events. The sneaker scene is more than just showing off on Instagram; it’s about meeting up, creating a bond, and appreciating the culture more.

And what do you think about the emergence of luxury brands going into streetwear?

BC: It’s good; they validate us. Last time, they would always look down on us but now, they’ve come down to our level and in the end, they are finally admitting that streetwear is here to stay.

For the young people, what advice do you have for those hoping to get into the sneaker game?

BC: My advice, don’t clout chase. But the sad reality is that everyone does it. We live in a digital world where everything is documented on social media. If you can’t afford a hoodie or a pair of sneakers that are way out of your budget, then don’t. The main focus of streetwear is not about the brand, it’s about the look.

Looking good is always better than rocking an expensive brand. I’ve seen people dressed in head-to-toe in branded outfits and they don’t even look good whereas there are other people dressed in clothes from a thrift store but they look amazing. Streetwear is an attitude and a lifestyle. You wear the brand, never let the brand wear you.

Lastly, what is your favourite pair of sneakers for 2019?

Oh god, this is a tough one! There’s just so many releases this year, it’s hard. I think one of it would be the Stray Rats 990v3 New Balance. This is what I call a proper limited-edition piece, you don’t see it everywhere. It’s pretty rare. You can try finding it on the resale market but it’ll be hard to find one in a good condition. I think New Balance and ASICS have been killing it this year with its new releases.

SneakerLAH will be happening from 5-6 October. To find out more info on schedule and tickets, be sure to check out the website.

Sneakers streetwear sneakerlah bryan chin
Wi-Liam Teh
Senior Writer
Wi-Liam is a geek at heart with a penchant for tattoos. Never without a drink in hand (preferably whisky, gin, or Guinness), he is also a writer by day and a keyboard warrior by night. On his day off, he masquerades as a streetwear and sneakerhead enthusiast while his bank account says otherwise.
Tech Cars Watches Entertainment Food Drinks

Q&A: Andrew Poh on creating HiBlendr from his dorm room