Home > Living > People > The Z List: Elica Paujin on raising the bar and reaching back to her Dusun roots 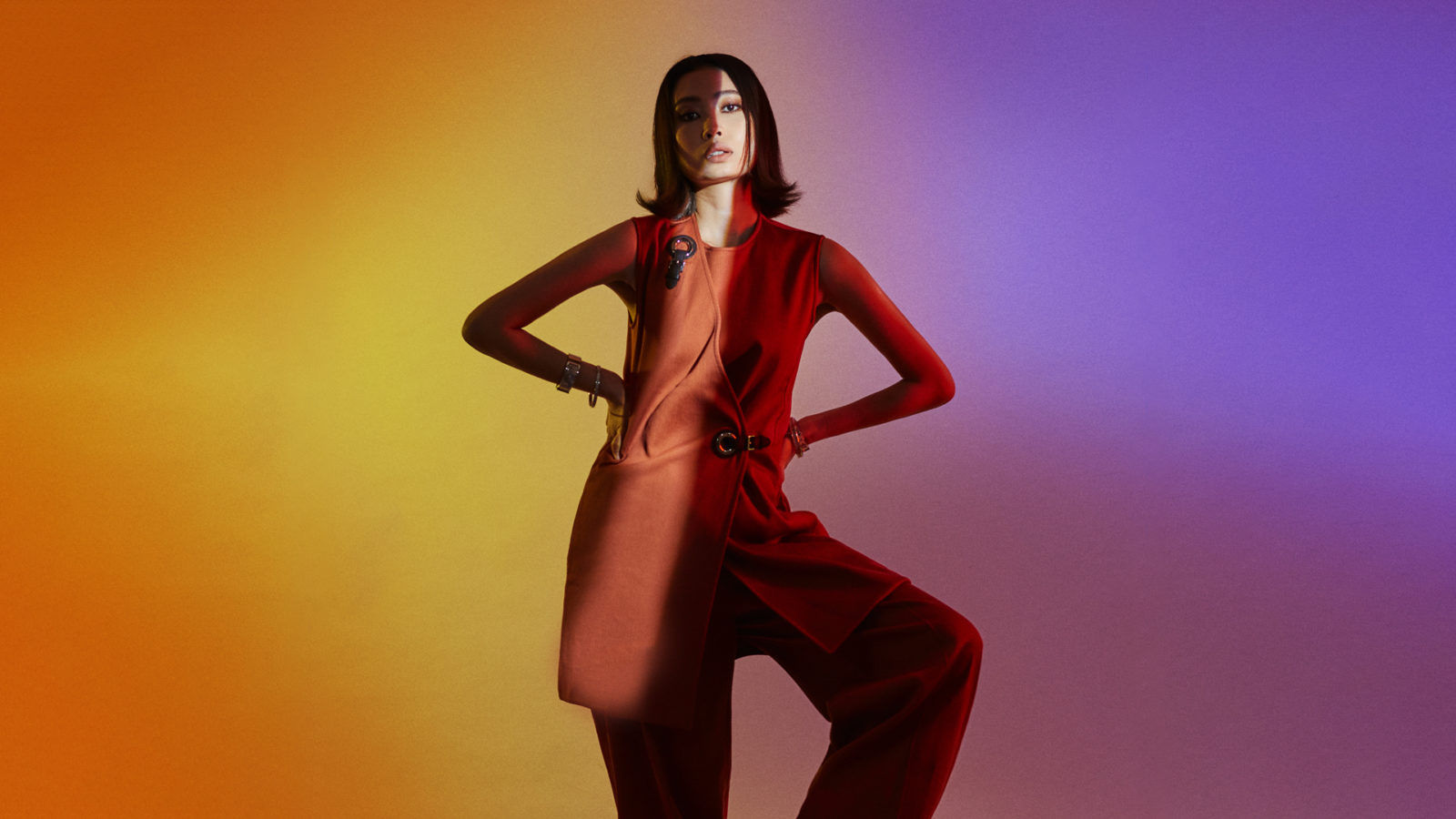 The Z List: Elica Paujin on raising the bar and reaching back to her Dusun roots

Living
The Z List: Elica Paujin on raising the bar and reaching back to her Dusun roots
Share this article
Next article

Since her recent win at the Big Stage 2022, she has garnered local attention as one of the few Dusun singers in the country, and is currently setting out to make a name for herself in a fresh light. Meet The Z List 2022, the unparalleled vocalist Elica Paujin.

Hailing from the small town of Tambunan in Sabah, Elica (also known as Angelica) is accustomed to living life lowkey. Which is why when she took part in the Big Stage 2022 held on this side of the country, she never quite anticipated the change that was about to come. Elica completed the competition in first place, and since then her career skyrocketed.

“I feel really blessed about all of it,” says Elica. “People have really started to recognise my talent after Big Stage, and I hope that they’ll still be able to support me in the future.”

Elica cites Jake Zyrus (born Charice Pempengco) as her biggest musical inspiration, admitting that she first fell in love with the artist’s voice when she started watching his videos a while back. If it wasn’t for Zyrus, Elica might not have pursued singing seriously in the first place. She also admires that Zyrus began his career from the ‘bottom’ as well, and climbed up the career ladder to earn his stardom — much like herself.

Currently, Elica is juggling both singing and her studies. She’s pursuing music at Sabah Institute of Art, and career-wise she teases two singles that are due to be released soon — one in Malay, and one in her native Dusun language.

“It doesn’t matter whether I’m home in Sabah or here in Semenanjung, everyone has been incredibly supportive so far. And because of that, I’ll never stop singing wherever I am.”

On keeping in touch with her culture

Elica is one of the few Dusun singers who have made a name for themselves in this country, and it’s truly refreshing to see it come from someone so young. Although hesitant to branch out at first, Elica expresses her gratitude to fans and friends alike for their support when she eventually did decide to explore her audience over at the Peninsular side.

“The response here [in Peninsular Malaysia] has been just as enthusiastic as it had been back home,” says Elica with a warm smile. “It doesn’t matter whether I’m in Sabah or I’m here in Semenanjung, everyone has been incredibly supportive of my career so far. And so, I’ll never stop singing, wherever I am. Before I joined Big Stage, I also had some experience with reality TV before joining Big Stage, so it does help that I’ve already kind of built an audience for myself. Big Stage actually felt more like a comeback for me because of it.”

On her experience at Big Stage 2022, Elica recounts that the good times are what take up space in her memories: “It was really fun. I got to meet a lot of new people, make new friends, and I had a lot of time to experience more of what I never got to before. But at the same time, the struggle was very real, because we really needed to prepare ourselves and to make sure we had enough rest, while still undergoing rehearsals and such. The experience as a whole was very good for me, I felt like it was a good opportunity for me to learn from as I grow in my career.”

What sets Elica apart from other multilingual artists is her fluency in her native Dusun language, and her ability and preference to sing in the language, too. She is evidently proud of her ethnicity and she expresses it through her music including her singles, “Araatan”, “Momuhobo” and “Agabku.”

“As a singer, the biggest challenge for me is dealing with the haters. But I overcome that by focusing on my own career and not caring what others think.”

On creating a brand new standard for herself

Though Elica is perfectly content with the way she’s progressing in her career right now, she is keen to explore different genres that she has never dared to try before. Thanks to Big Stage, Elica has been exposed to various musical genres and it has certainly sparked her interest. Just like her idol Jake Zyrus, she also tends to lean more towards slow ballads, but as a closet K-pop fan, Elica would love to try her hand — or voice! — at tackling more upbeat songs and dance music that carry the same tune and rhythm of the K-pop genre.

“I want to be able to create new unique types of music, to add to the ones I have,” says Elica. “I want to create my own genre that people will struggle to achieve out of intimidation, and will have a hard time imitating. I want to invent something new that’s just for myself.”

One of the biggest challenges that come with being an up-and-coming singer in Malaysia is having to deal with the haters. It’s a tiresome attitude, Elica points out, and it’s something that creeps up on you when you least expect it. The internet is usually a good place for haters to hide themselves and present an online persona instead. So, the way that Elica deals with them is by reminding herself to focus on her career. The support she gets is an added privilege — and she’s extremely grateful to her fans. But according to Elica’s philosophy, those who don’t support her are also good to go, with no demand for closure or an angry, emotional response. Sometimes no response is a response in itself, and always trust your heart in whatever you do.

Elica believes that the local music scene has undergone a very dramatic shift — but definitely for her better. “Malaysian music has definitely improved a lot over time. I think everyone who makes music in this country has a universal kind of sound now; very adaptable with other countries. So, we can only hope that Malaysia will continue with this sort of standard in the future, too.”

On standing toe-to-toe with the ‘Gen Z’ers

At this point, there’s really no way for you to be able to think about ‘Gen Z’ without also picturing the vast technical issues. They’re synonymous at this point — ‘Gen Z’, ‘digital’ and ‘virtual’, but Elica admits that she herself is not as savvy when it comes to technology.

“A lot of people assume that all ‘Gen Z’ers are completely dependent on social media. I’m not saying there aren’t any who completely rely on their devices and think life is totally impossible without social media, but not all of us are ‘addicted’ to it, so to say. ‘Gen Z’ is really not at all the way that most other generations think we’re like. For myself, I’m definitely not obsessed with social media — I don’t rely on it much, even when it comes to my career.”

The world of ‘Gen Z’ is both simple and difficult to navigate. From the pressures of social media that can get overwhelming fast and the lack of privacy that follows it, to how easily the ‘real’, larger-scale issues such as those related to mental health can be dismissed, Elica counts on her own self-judgement and experience to make the call.

Moving forward, Elica aims to branch out in terms of the musical genres, whether it’s going from ballad songs to pop music, or even the energetic, upbeat world of K-pop. For now, we’re definitely anticipating her two upcoming singles, set to be released soon!

Singer Sabah The Z List Elica Paujin Dusun
Puteri Yasmin Suraya
Brand & Partnerships Writer
As a literature buff, Yasmin has a deep love for fiction and poetry. When she’s not writing or café-hopping, she enjoys binge-watching period romances, (badly) belting out show tunes, and curating Spotify playlists to match her mood for the week.
Sign up for our newsletters to have the latest stories delivered straight to your inbox every week.