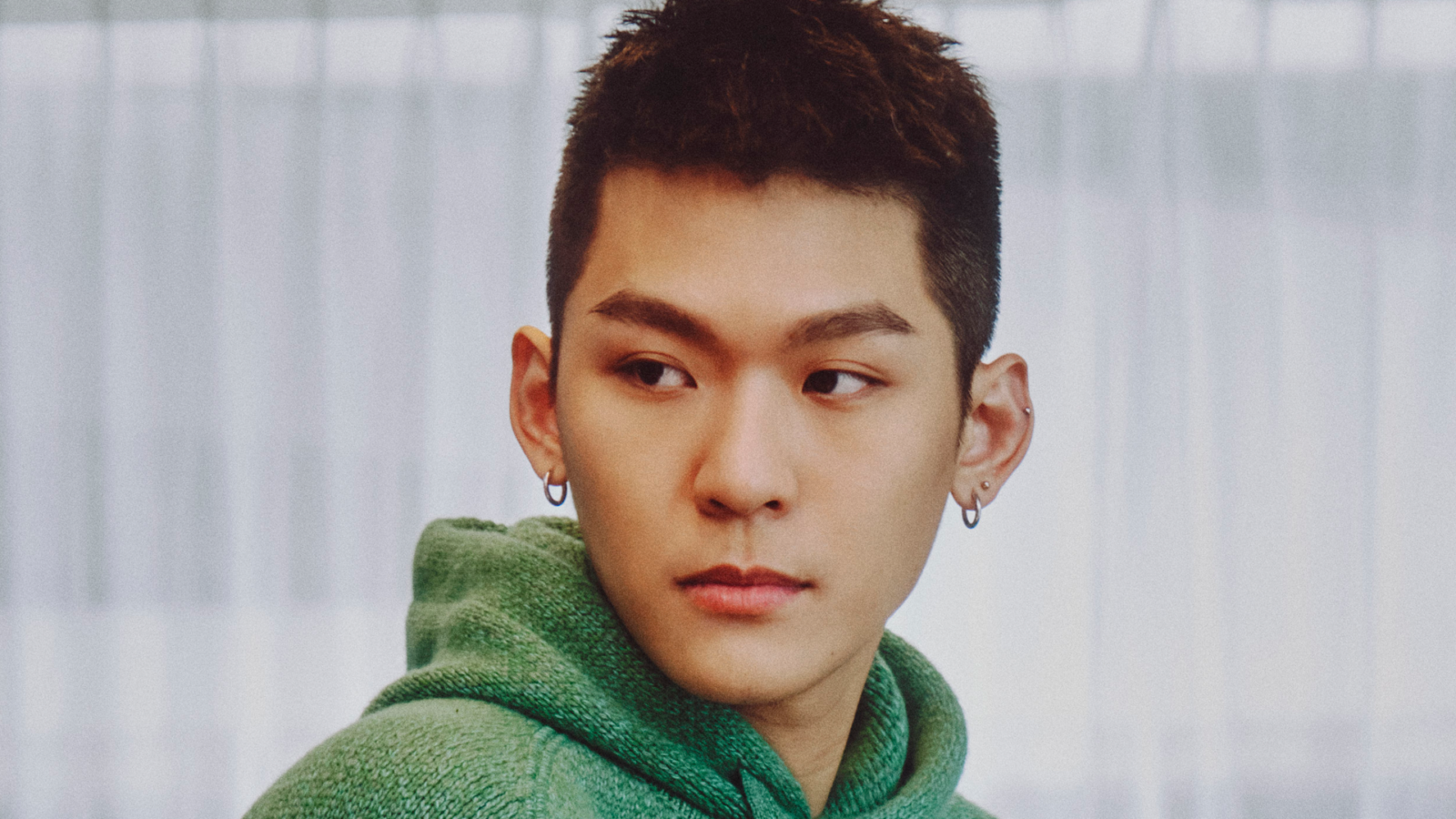 Living
The Z List: Irvine Quek highlights the importance of education within the coffee industry
Share this article
Next article

Two-time World Latte Art champion Irvine Quek believes that coffee can be a means of connecting with people, and so the message should be conveyed from the heart.

Strutting into the studio with an iced Americano in hand, Irvine Quek has the easy gait of someone so cool and collected. Which is why it came as a bit of a shock to learn that the 23-year old is a self-proclaimed introvert, and is actually shy when it comes to addressing a crowd. Despite preferring his own company most of the time, Irvine finds great joy in making people happy with his coffee, and revels in seeing the look on their faces as they savour his creations.

As the youngest barista and first Malaysian to win two World Latte Art competitions in 2018 and 2019, Irvine is no stranger to success. His next goal that he wants to see through is being able to pass on the torch and educate up-and-coming baristas that can go on to compete internationally just as he has.

“Many people believe that being a barista means you’ll just be making coffee forever, but it’s not true,” Irvine says. “There are a lot of different paths that you can choose from, like entrepreneurship. It’s a niche industry, but it’s not that niche. I want to be able to encourage more young baristas to pursue their dreams.”

We sit down with the young coffee connoisseur on the importance of educating the public about the appeal of being a barista, and little-known facts about the coffee world.

How exactly did you get into making latte art?

When I started at about 15 years old, I didn’t actually like coffee at all. I only got a part-time job as a barista while I was doing my studies. I was very lucky to have met my boss then; he’d just opened up a new coffee shop, 103 Coffee Workshop, which is where I’m working today. So, I learned to make coffee, but even back then I never saw it as anything more than a job. It was only after two years did I realise I actually really loved my job, and making latte art. I also heard about the World Latte Art Championship and made it my personal goal to compete.

So, your thoughts about coffee definitely changed — you’re a coffee expert now?

Yes, of course! (laughs) I especially love the world that comes with it —  exploring more about the coffee’s origins, and meeting new people around the globe. I’ve met many good baristas from other countries, and I always get impressed that there’s so much to discover and learn about coffee. I really want to bring what I’ve learned to Malaysia and share it with our coffee drinkers here.

Do you do other forms of art outside of coffee?

I really loved drawing as a kid, but I never went for any professional art courses for it or pursued it further. I just did it out of my own passion. As an introvert, I loved spending time alone, and so I spent a lot of time drawing.

As a barista who prepares coffee day in and day out, how do you keep yourself motivated to do what you do every single day?

I do get frustrated sometimes, but it’s only because I want to make sure that I’m good. I always need to have a goal in mind and know that it isn’t meant to happen tomorrow or next week, or even next month — maybe it might take years before I achieve it. With these things, I need to remember why I started. That’s what motivates me. Like, right now I’m running an online training platform, which is still super new to me. But I have a goal that I want to reach with it.

Tell us more about your online training platform.

When I first started learning latte art, there wasn’t any proper training available. The only source of learning was YouTube and social media, where I watched latte art videos and learned on my own. But the thing is, with videos, you might think it’s easy until you actually try it, and you fail. That’s because they don’t tell you exactly what it is you should or shouldn’t be doing. It’s all trial and error, and in the end you waste a lot of coffee, and time.

My goal in starting my online training platform is to solve this problem. As a two-time World Champion, I felt that I could convey my knowledge to future baristas. I found out that there are actually a lot of people who want to bring their barista skills to the next level. I’m also able to reach a lot of people through the platform, even outside of Malaysia. So far, we have students from 49 countries on the platform, which is amazing.

So, how did you learn to make coffee on your own besides YouTube?

I joined as many competitions as I could. Competitions are the only platform where I feel I can really learn something. The judges give me very detailed comments and advice on what I should be doing, or where I went wrong. After that, I would know exactly what to improve on instead of practising blindly.

What’s the best and worst kind of coffee drink that you’ve made so far?

If we’re going by time of day, I’d say that the best cup of coffee I make is the very first one in the morning. As a barista, we need to make sure that the coffee is prepared to perfection before we serve it to the customers. The first cup is pure goodness — we don’t try to do too much with it, and we brew it with our own feelings. It’s when we get to appreciate the craft without overthinking.

And the worst one… (laughs) I would say that it’s the cup of coffee right after lunch. It’s when we’re a lot more tired. Being tired affects the palate, so the coffee starts tasting more bitter and not as good as it was in the morning.

What is your favourite drink to make for yourself?

An iced Americano. I love a good Americano. I can have 4–5 cups a day. Besides that, I also like creating beverages that are more creative — not just coffee with milk, but also with other interesting ingredients like fruits or florals, which make up a kind of signature beverage. For example, if I like pineapples, then the coffee would have some hints of pineapples. I think making signature drinks can get us to really connect with customers, because most of them don’t really understand much about specialty coffee. But they recognise latte art, and they appreciate the taste. A good coffee is a good coffee.

What are some of your personal goals you want to achieve?

Right now, I want to focus on my online training platform. I really want to educate and train more baristas who want to dedicate themselves to the craft the way I do. A goal I have is to be able to train a champion in every country. I really want to use this platform as a tool to motivate young baristas to chase their dreams. I’ve seen a lot of people who want to pursue this, but they give up halfway because of the low salary and long working hours, or from lacking a clear direction for their future. Many believe that being a barista means you’ll just be making coffee forever, but that’s not true. There’s so much more to it. So, I want to be able to show people that.

What are your thoughts on the coffee scene in Malaysia?

I think the coffee or café scene in Malaysia is okay. The biggest problem usually comes from the café owners and baristas. Because they don’t have the opportunities to explore the coffee scene outside of Malaysia, they may not understand what the rest of the world is doing with specialty coffee. It’s all very black-and-white; someone tells them to do it a certain way and they do it. And so, they don’t bring any unique elements to the coffee.

Another thing is the public’s view on coffee itself. Most of them think good coffee is pretty much available everywhere, which is why they choose to go for Starbucks since it’s cheaper, bigger and branded. People just think of coffee as a daily essential.

So, what do you think should be done about that?

Education, definitely. We baristas need to ensure that we deliver the best experience to our customers, which would spark their interest and let them discover specialty coffee as a new, different thing. Explain to them why we have the variety that we do in the café, and why the price range is as it is. Education is truly the most important thing in life, for the customers and baristas alike.

Lastly, what advice would you give to budding baristas like yourself?

I’d tell them not to be like me. (chuckles) It’s really tough. The main thing is not to care about how people look at you or think about you. For example, back then I used to hear a lot of things from people — that I’m just a waiter, a ‘coffee boy’, and that I’m just an uneducated guy working in a café. But I didn’t care at all about what they said, because I knew that deep in my heart, I loved my job. It’s not anyone else’s business. I think this kind of criticism comes into play in social media too. I’m not super active on social media, but when I do post, I like to make it meaningful and inspire others around me.