Home > Living > People > The Z List: Jaymond Tan on the merits and misadventures of an entrepreneur’s life 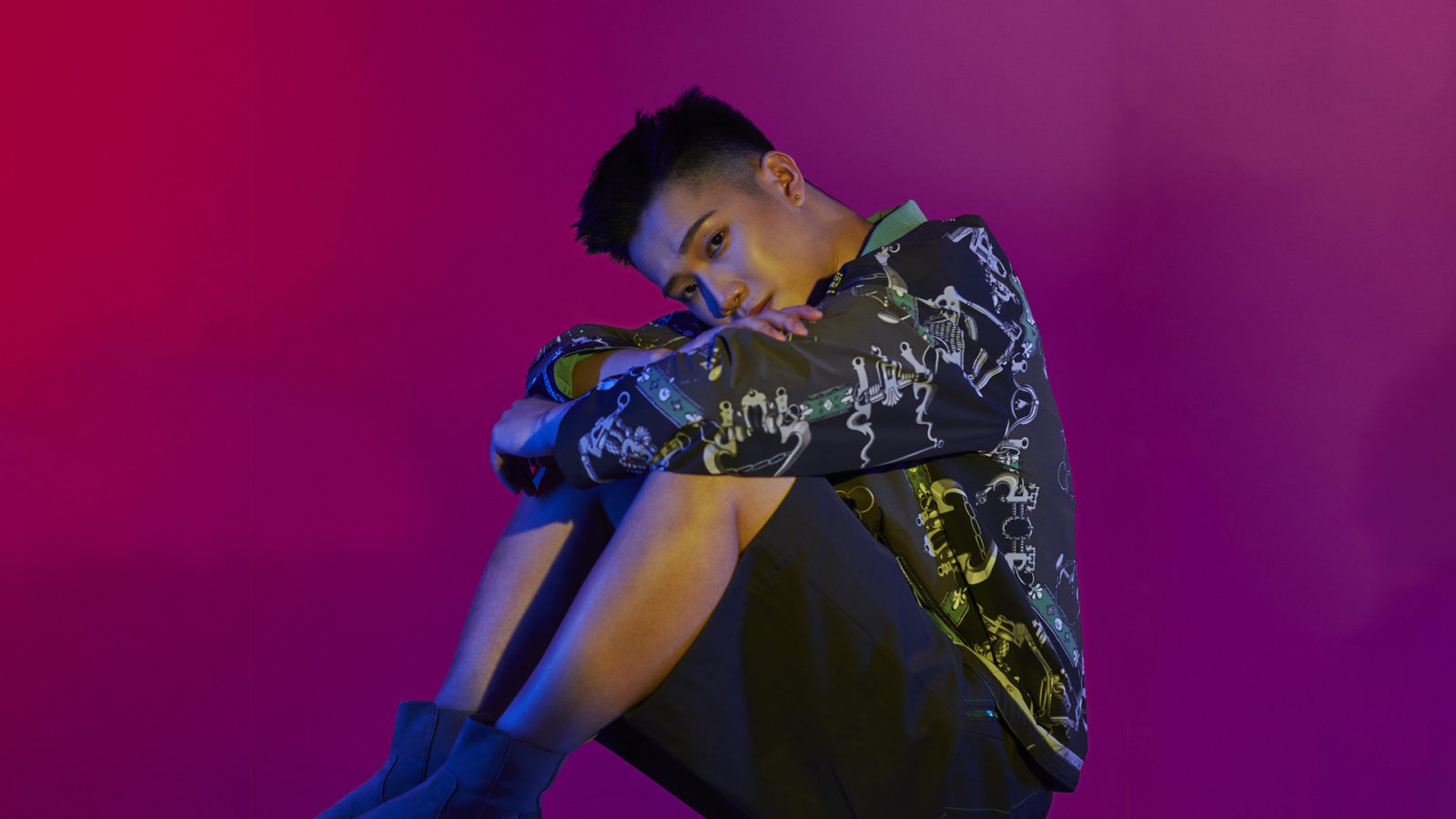 The Z List: Jaymond Tan on the merits and misadventures of an entrepreneur’s life

Living
The Z List: Jaymond Tan on the merits and misadventures of an entrepreneur’s life
Share this article
Next article

At 24 years old, he helms Rollney, a dessert business that has expanded from a niche treat to a full-fledged franchise, and he does it with genuine passion to succeed. Meet The Z List 2022, the discreet yet driven entrepreneur Jaymond Tan.

If you had told a young Jaymond that he would one day grow up to found a successful business and expand it all across the region before the age of 24, he probably would’ve believed you. In fact, he would’ve wondered why it hadn’t taken him sooner. That’s the kind of hunger for success that had been instilled in Jaymond since a young age, and that he has carried with him, even until today.

“I’ve just always been this way for as long as I can remember,” he says. “I’ve always had this dream of wanting to earn something that belongs to me, and to have it for myself. It has always been about the achievements for me.”

Haven’t been acquainted with Rollney yet? We implore you to head to any of the ten outlets located in malls across the region — Sunway Pyramid, Berjaya Times Square, IOI City Mall, Setia City Mall, i-City, Mid Valley, 1 Utama, Ansa Bukit Bintang, Pavilion Bukit Jalil and SkyAvenue in Genting — and try it for yourself. Rollney specialises in the Hungarian dessert ‘Kürtőskalács’ or chimney cake, known to be crispy on the outside with a soft, fluffy interior.

“When we were on a trip to Hungary, we randomly came across this dessert,” elaborates Jaymond. “And we thought it was interesting. We wanted to bring it back to Malaysia. And since we’d already gotten the feel of the idea, we wanted to make it localised in our country. So, we learned everything during our trip there and we came back to start our business journey.”

It had been love at first bite with the Kürtőskalács, and so for the next three months, he stayed in Hungary to fully understand the culture and master the baking process before bringing it back to the country and reshape it to fit the mould of the Malaysian taste buds.

“In business, it’s really important that you’re able to stand up for yourself, and not be afraid to face your problems.”

On his business ideals and achieving the dream

A self-proclaimed neat freak, Jaymond has an irrational need to keep things organised, and he approaches everything — from his business to his personal life — with a well-thought-out plan. It’s probably starting to make sense now how he’s able to get to where he is, isn’t it?

“I set a goal for myself,” says Jaymond. “And every day, I would look at the progress. I think this is one of the things that keeps me going everyday, so I can achieve my target. Because in business, we always think about our goal direction: where we are right now, and then we work toward that. It’s definitely the thing that motivates me to continue doing this till today.”

Jaymond embarked on the Rollney business back in 2017, just after he’d completed high school. He didn’t continue his studies in college because he’d had a vision then — and it pointed him straight to this business. It became his calling of sorts, and he knew it was his opportunity and his alone.

“When I was in high school, I had already started doing some kind of online business,” he adds. “I guess you can say that I’ve always known I would be doing this as a living.”

As we all do in life, Jaymond finds its parallel in business — he looks for the small improvements that play a part in moving the business forward. “It’s how we measure ourselves in terms of how far you’ve come. If you can’t measure yourself, then you can’t control your journey. And so, you won’t be able to improve yourself over time. It’s like a cycle, really. You find the areas to improve and you work on them, before you find something else that needs to be improved.”

When it comes to the challenges, Jaymond says it’s not the ‘what’ that matters but ‘how’ you face them. Essentially, the biggest challenge about being an entrepreneur are the challenges that you’ll be going through. And as the boss, Jaymond has certainly come into all sorts of challenges — and they all go back to him whether he wills it or not.

“You just have to face it no matter what,” he says of the entrepreneurial life. “You have to make a move from there, because nobody else is going to help you. Sure, you’ve got your team with you, but when it comes to solving problems that are related to you alone, you’re really the only one who would know what to do. So, you have to control how or where it goes from there.”

“Taking that first step is the most important. Sometimes when we get the perfect idea, we spend too much time overthinking. Why not just go for it, and worry later?”

On the hustle culture of ‘Gen Z’

Anyone can point out that the stark difference between ‘Gen Z’ers and the generation that came before them — the millennials — is the way they view work. While millennials have become more disillusioned and altogether jaded about finding meaning in their jobs, the ‘Gen Z’ers have doubled down on the work culture, and seemingly created a ‘hustler’ mindset that they live by.

“When ‘Gen Z’ers put their mind to something, they work really, really hard,” says Jaymond. “And I think it stems from their past experiences, too. Maybe they were bullied by the other kids in school, or maybe they have something they want to prove to someone — either way, they want to sort of take control of their life again.”

A word of caution from Jaymond, though: as a ‘Gen Z’er entering the world of business, you’re almost always guaranteed to be working with people who are a lot older than you. And that in itself is a challenge of its own. “In business, you’re not really trying to make a lot of friends with everyone. So, it’s really important that you’re able to stand up for yourself, and not be afraid to face your problems when you find yourself in such a situation.”

Of course, ‘Gen Z’ers can be equipped with all the knowledge they need to overcome a situation, but what might hold them back is their lack of experience — something the older generations might have an upper hand in. According to Jaymond, one way to work through this is to simply take things as they come.

“It’s a lot more rewarding to learn about the process when it presents itself to you,” he elaborates. “Sometimes there’s a gap between what we want to achieve and what is the actual reality, so it’s good to pay close attention to these things as they come. Our vision may be way up at a particular level, but in reality we are far below that, so we need to take it step by step as we try to achieve our destination.”

On breezing through the business

Now with the key locations across Selangor and Genting covered, Jaymond expresses that they are looking to continue Rollney’s expansion across the country. With his admirable work ethic and a natural drive to succeed, there’s no doubt that he can achieve the brand’s targets that have been set for the year.

“I’ve always believed that if you want to start something, just go for it,” expresses Jaymond. “Taking that first step is the most important. Sometimes when we get the perfect idea, we spend too much time thinking and overthinking. Why not just go for it, and worry later?”

Entrepreneur Business The Z List Jaymond Tan Rollney
Puteri Yasmin Suraya
Brand & Partnerships Writer
As a literature buff, Yasmin has a deep love for fiction and poetry. When she’s not writing or café-hopping, she enjoys binge-watching period romances, (badly) belting out show tunes, and curating Spotify playlists to match her mood for the week.
Sign up for our newsletters to have the latest stories delivered straight to your inbox every week.