Home > Living > People > The Z List: Oskar Lee on carrying his family legacy on his shoulders 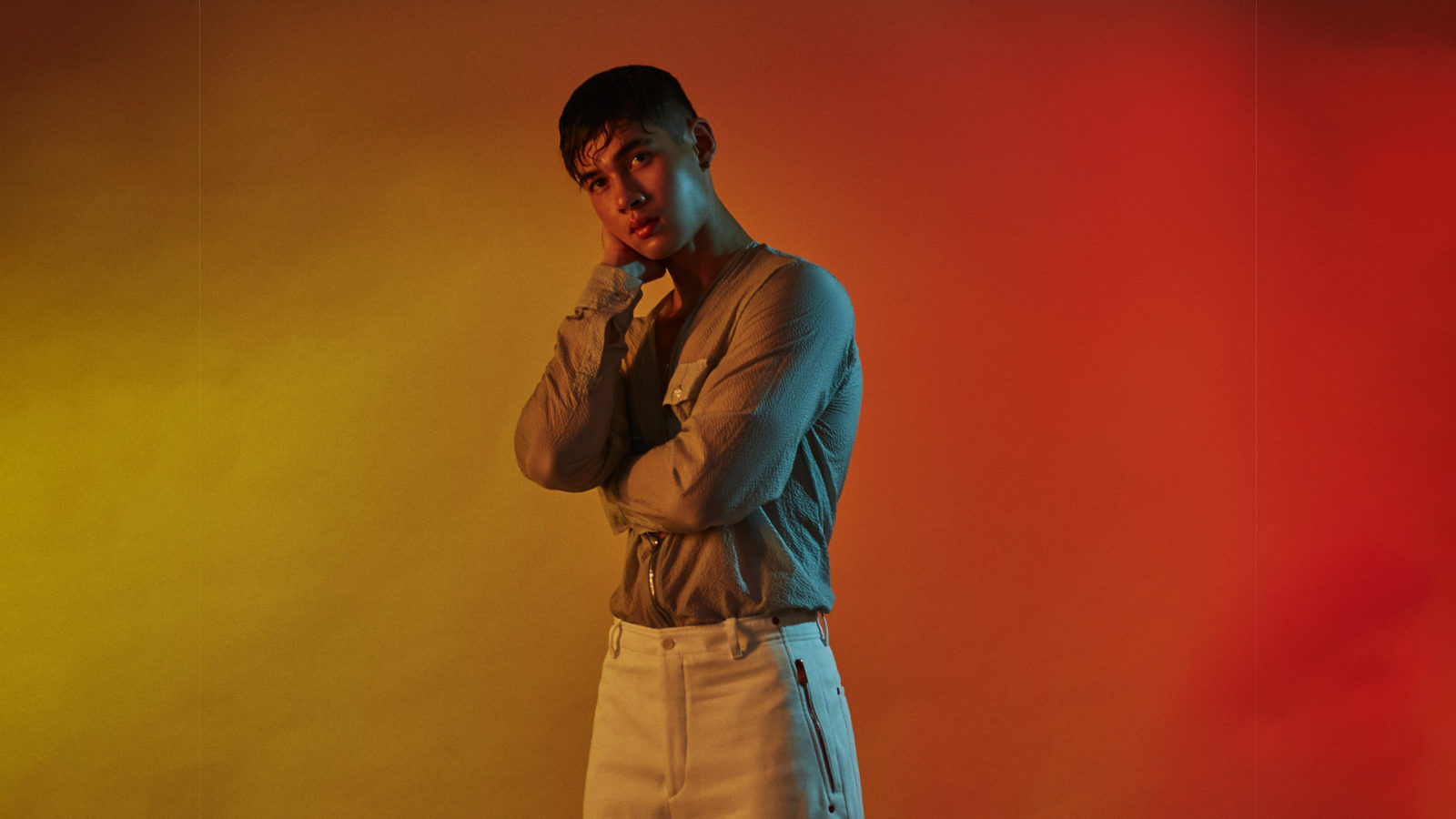 The Z List: Oskar Lee on carrying his family legacy on his shoulders

Living
The Z List: Oskar Lee on carrying his family legacy on his shoulders
Share this article
Next article

As the great-grandson of Tun H. S. Lee, he constantly feels the pressures of a lifelong family legacy to uphold, and seeks to find himself in these ever-changing times. Meet The Z List 2022, the soul-searching model and personal trainer Oskar Lee.

Take a quick stroll in Chinatown Kuala Lumpur, and you’ll eventually stumble upon Jalan Tun H. S. Lee, named after our first ever Finance Minister. This is how his great-grandson, Oskar first grasped the momentousness of Tun H. S. Lee and the legacy that he has left behind, and would live on for generations to come.

As a child when his father would take him downtown, Oskar hadn’t yet understood what lay beyond the name inscribed on the street sign nor its significance — only that it’s a neat piece of family trivia. Now at 22, he has not only seen the light about it, but also feels the pressure of his great-grandfather’s legacy weighing on him.

“I want to be known for something, too,” he confesses. “I mean, honestly, we all want to be the ‘next big thing’. But I also understand that it takes time. It needs a lot of love and hard work.” Currently, Oskar is still in university — pursuing film and television, where he dreams of going on the big stage or entering the TV realm to do things besides acting.

“I remember my parents telling me that I’m never going to go anywhere as an actor,” Oskar jokes. “What I’m really interested in is broadcasting, and maybe even talk show hosting. Even with social platforms like TikTok and YouTube, you have all kinds of careers. That’s what I see myself doing, becoming a spokesperson or presenter of sorts.” Oskar has dabbled in modelling, and he is also a personal trainer on the side. He views both jobs not only as a fun way to earn his keep, but also as a gateway to getting his exposure to the world. He is grateful they have at least given him a brand new purpose — something to look forward to every day.

“Overall, I think it’s about character-building,” says Oskar of both his modelling and personal training careers. “They give me something to work really hard toward. I believe everyone needs to go through some sort of hardship, or face a kind of struggle to be mature. Because age is just a number at this point, especially in my generation. True maturity comes in self-reflection.”

“There are a lot of important people in the world today. Just because you’ve got a name, it doesn’t make you any more ‘special’ or ‘important’ than others. Respect is something you have to earn.”

On displaced identity, and belonging

For someone so young, Oskar is refreshingly self-aware. He knows exactly the sort of presumptions people might have when they come to learn of his background — and he totally understands where they’re coming from, too. He’s not one to humblebrag or try to sugarcoat his lavish upbringing.

“Growing up, my family and I did travel around the world a lot, and I got to go to a bunch of nice restaurants — I was basically, like, a spoiled kid,” says Oskar with a laugh. “But I also realised at an early age that it gets you into the cycle of enjoyment and materialism. I know it’s said so many times already, but money can’t buy happiness. It is important, of course, but it can also lead you down a really dark path if you’re not careful, and especially if you’ve been blessed with it from the start.”

Having been born two generations too late, Oskar never met his great-grandfather — but he has certainly heard his fair share of the lifestyle that his family led when Tun H. S. Lee was in office. Because of this, Oskar is not only well informed about his own history, but also about how times have changed since. He says that the current young generation is a lot less concerned about who your parents are and more about what you bring to the table, as the true measure of success.

“There are a lot of important people in the country, and the world today,” Oskar says. “And you kind of learn that just because you’ve got a name, it doesn’t make you any more ‘special’ or ‘important’ than the others. You’re not more ‘worthy’ than others. Respect is something you have to earn.”

Generational dilemma aside, Oskar also often feels caught between two worlds when it comes to home. Oskar was born in London, but by 12 years old he had lived in four different countries: shifting between Malaysia, Singapore, Vietnam, the United States — where he attended boarding school — and finally moving back and settling in Malaysia. As a kid, he never really felt like he had a proper place to call ‘home’, but now he doesn’t hesitate at all with his answer.

“Malaysia will always be my home.” He continues: “I will always come back to Malaysia no matter what. Unfortunately, because I’ve been away for so long, I’ve sort of been indoctrinated a bit. The Western culture can be very powerful. When you’re there, it’s an entirely different environment. So, growing up I held these Western culture values in really high regard. But at the same time, I’ve also come to really appreciate Asian culture values.”

“We know we want success, and we want it fast. It’s natural for us to want to do our best — that’s honestly what keeps me going.”

On individualism as a hallmark of ‘Gen Z’

Another thing that might have totally shifted the new generation’s mindset from ‘family heritage’ to ‘individualist’, according to Oskar, is the presence of social media. Back then, the scope was very limited — you were only aware of those people around you, and so there wasn’t any room for healthy competition. You wouldn’t know what aspect of yourself to improve.

“Those of us in ‘Gen Z’ grew up having access to the whole world, and seeing how other people live in a completely different country,” adds Oskar. “And that can be both a good and bad thing. We compare ourselves a lot, but at the same time it keeps us hungry. We know we want success, and we want it fast. It’s natural for us to want to do our best — that’s honestly what keeps me going. When I don’t feel as motivated as I should be, I remind myself that someone in this world has it worse than me, and is working ten times harder than I am. After that I get off my butt, and back to work I go.”

Of course, with competition comes envy, Oskar notes — seeing someone live a better life than yours might set you off. But it’s also important to remember that most of the time, it’s a façade. And with things like vaping, recreational drug use in the Western countries, and even some choice music these days, he believes that his generation has the tendency to be a little ‘wild’.

“People act according to their own choices, which might sometimes seem sad or unfulfilling, but it isn’t necessarily a bad thing.” Oskar says. “I believe history repeats itself, so I think we’ll be fine. We just have to start facing our inner demons instead of trying to distract ourselves with worldly stuff.”

On creating his own legacy

With a rich family legacy hanging above your head, it’s easy to lose yourself in your own growth process. As Oskar continues to grow and learn about himself, he seeks to find out what it is that he wants to do, and what his true values for himself are — beyond the old money and the ‘brand’ of his family. Oskar is still looking for his calling in life, and hopefully his ‘true’ self will be able to shine through.

“I think with a lot of things, you have to go for it. I believe in high risk, high reward,” Oskar concludes. “And you need to fail, at least once or twice in life. A lot of people avoid trying new things because they’re afraid to fail, and so they stay in one place in life but I think sometimes you just have to try. Otherwise you’ll find yourself staying in one place. Maybe the risk might not be in your favour. But if it’s a 50/50 chance, I’ll take it any day.”

Family The Z List Oskar Lee Tun H. S. Lee
Puteri Yasmin Suraya
Brand & Partnerships Writer
As a literature buff, Yasmin has a deep love for fiction and poetry. When she’s not writing or café-hopping, she enjoys binge-watching period romances, (badly) belting out show tunes, and curating Spotify playlists to match her mood for the week.
Sign up for our newsletters to have the latest stories delivered straight to your inbox every week.