Home > Living > People > What is a twin flame relationship? 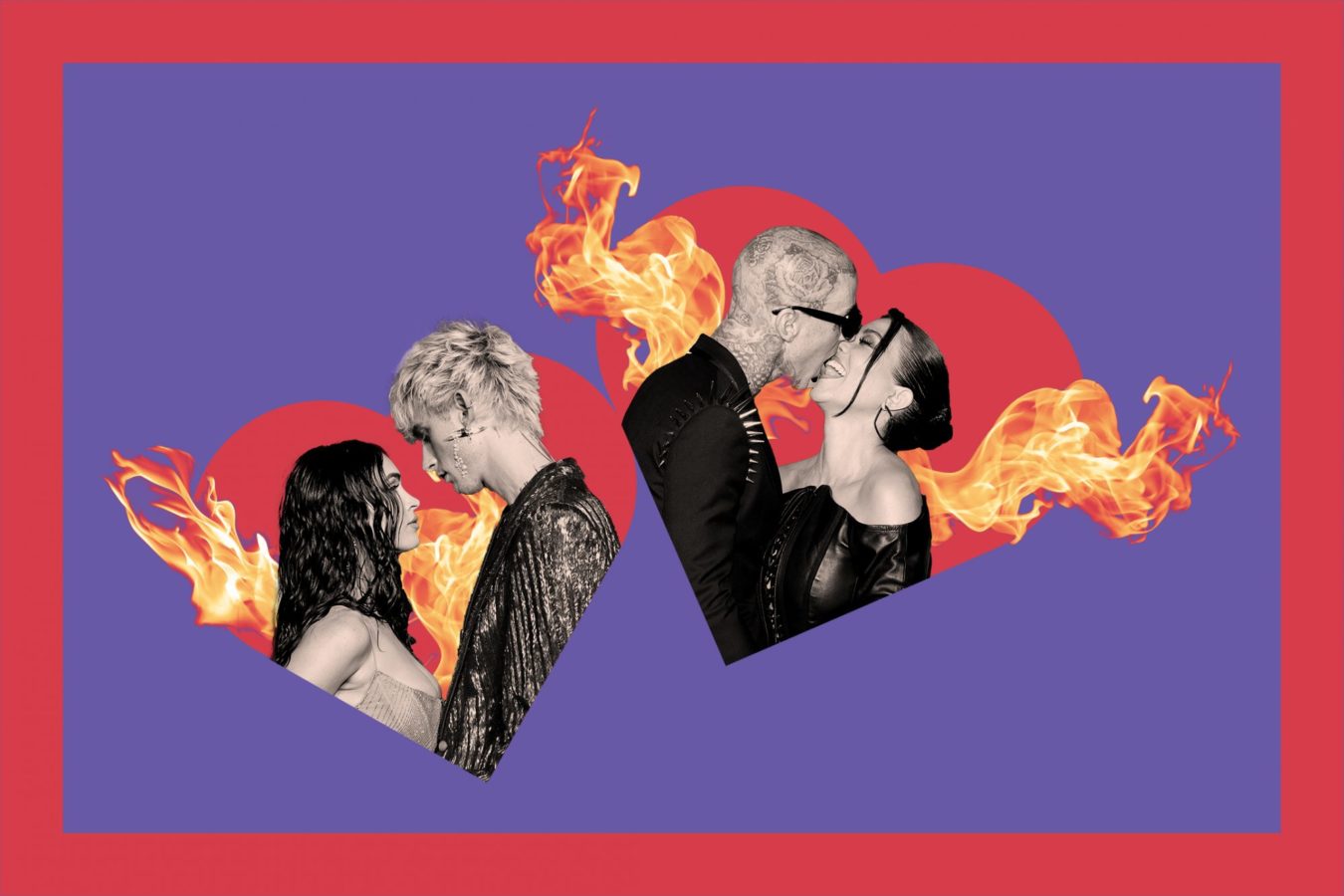 What is a twin flame relationship?

Living
What is a twin flame relationship?
Share this article
Next article

In recent months, two couples have been dominating the headlines. There is, of course, Megan Fox and Machine Gun Kelly and their over-the-top thirsty attempts to convince the world they’re basically having the best sex humankind has ever seen. And, on a more subtle (and adorable) note, there’s Kourtney Kardashian and Travis Barker who, no matter your feelings on the Kardashians or Blink 182, you can’t help but root for — there’s just something about them. Like, dare I say it? True love?

In this sea of love and lust, not only has the term “soulmate” been used by both couples to explain their connection, but so has “solar flare,” and “twin flame.” It sounds sexy and romantic and somewhat mythical — but what is a twin flame, exactly? And is anything that fiery bound to combust? Here’s the scoop.

What Is a Twin Flame?

“A twin flame is someone who has the same energetic vibration as you,” says Cindy Mckean, an astrologer, and owner of Kansas City Astrology & Tarot, LLC. “Their soul may or may not have crossed paths with yours in the past, but because you’re of the same energy set, you attract each other.”

Although the term “twin flame” may be relatively new in terms of modern-day pop culture, the concept of the twin flame love goes back to ancient times, with its origins in Greek and Egyptian mythology, according to Mckean. “Think of Isis and Osiris, the Goddess and God of ancient Egypt,” says Mckean. “Isis made it her mission to reunite with Osiris, even after death.”

Greek philosophers also spoke of twin flames. In The Symposium, a series of speeches and dialogues written by Plato, the philosopher examined the meaning of twin flame and the idea that “humans originally had four arms and four legs that were divided into two parts, thus implying that twin flames were the other half of the same person that would forever seek to reunite with each other,” says Mckean. The reason for the division of these OG human creatures was that Zeus apparently feared the power of this super-human, so in separating them, not only would their power be dismantled, but humans as — The Symposium states — would forever be condemned “to spend their lives in search of their other halves.” And, as humans, that’s indeed what we tend to do when it comes to love. For some, that search continues even after death, as seen in the love story of Isis and Osiris.

While “twin flame” might be (literally) hot right now, the word “soulmate” gets tossed around far more frequently. Perhaps even too frequently. Just last night, I looked lovingly at a pizza and called it my soulmate, and it certainly wasn’t the first (nor will it be the last) time I’ve said such a thing. I’m more likely to call pizza my soulmate than an actual living, breathing human being. But, for 60 percent of Americans, soulmates are the real deal and something they hope to find, according to a survey by YouGov. Believers in twin flames have yet to be accounted for.

“Soulmates are people your soul has crossed paths with in a very significant way at some point in your soul’s journey,” says Mckean. “It could be a mother-daughter connection, friendship, or two lovers. Your souls are energetically tied together and when life has its way, it intersects your paths again. Sometimes they’re not always for the better, as arch enemies can be soulmates.”

While the origin of twin flames goes back thousands of years, the term “soulmates” appears to be less than 200 years old. One of the most well-known and earliest uses of “soulmate” was in 1822 in a letter poet Samuel Taylor Coleridge wrote: “To be happy in Married Life… you must have a Soul-mate.”

Where soulmates and twin flames also differ is in how they affect their lives, as well as the lives — and life — around them.

“Twin flames are different than soulmates as you can have many soulmates in your lifetime that you meet to work out your karma with… but you only have one twin flame, as your twin flame is the other half of you,” says Erica Korman, a psychic medium/energy healer/spiritual expert. “Soulmates can be any close relationship that makes you evolve to learn lessons for your soul’s growth. Twin flames are on a whole other level of love and romantic relationships making you face yourself and have your darkness be mirrored back to you so you can see it, heal it, and heal the world through this connection, making the world a better place by coming together.”

What Is a Twin Flame Relationship?

Naturally, at this point, you might be thinking you want to get in on this twin flame thing. It certainly sounds more romantic and passionate than a soulmate relationship, even fierier too.

“Twin flame relationships are rare and we don’t all always meet them in this lifetime,” says Korman. “You have to reach a certain level in your ‘evolvement’ to connect with your twin flame. Even though this is rare, many twin flames are coming together now, at this point in time of our evolution as a species, to raise the vibration of the universe. When you are with your twin flame, you create so much love and so much transformation in the world.”

As Korman explains, the power of the twin flame relationship (remember Zeus feared this power!) and the strength of its love can sometimes lead to a tumultuous and difficult relationship. Because of this, some people may meet their twin flame and realise it’s too much, too intense, and too much fire to contain in a realistic and productive way. For these people, despite the deep connection and that energetic vibration, it makes more sense to walk away, perhaps find themselves with a soulmate instead, where things are less overwhelming.

But for those who take the risk in building a relationship with their twin flame, if they’re lucky enough to find them, it can be the “most rewarding and most beautiful relationships you can have, as you come together and literally face your own mirror as you are facing different parts of your own soul to work on,” says Korman.

What Are the Signs Someone Is Your Twin Flame?

If you’re looking for twin flame signs, a big one that’s a sort of neon light is that the connection between you and your twin flame is far too strong to ever be simply a platonic relationship.

“Not only do you both ‘click’ with each other, but you’ll find yourselves of the same mindset, ideals, and preferences without even needing to say a word,” says Mckean. It’s all about being on the same frequency and feeding off each other’s energy that makes it so intense and powerful.

“What appears as coincidence or synchronicity to a third party is really the non-verbal communication twin flames have with each other even if they are miles apart,” says Mckean. “Often, there’s also a physical resemblance. It could be just the hands, feet, nose, mole placement, or countenance of each other that are mirror images or identical. Twin flames also tend to come ‘on time’ in each other’s lives too. In other words, not while you’re fully committed in a relationship.”

With soulmates, you can sometimes say you got the timing wrong, or you were never in the same place at the same time — especially if the lessons from each other’s souls have already been learned. But twin flames — again, if you’re lucky enough to find yours — are exactly where they’re supposed to be when they’re supposed to be there.

Can Twin Flame Relationships Be Healthy?

While looking from the outside, the relationship of twin flames can appear off-putting — just think of that Megan Fox and MGK photo — it doesn’t necessarily mean it’s unhealthy. Whether we’re talking about those two or Kourtney and Travis (who just got engaged, BTW), we’re outsiders to their experience and any judgments we make aren’t valid.

As Korman explains, a twin flame relationship is about there being so much love that it becomes intrinsically powerful. The power of love (cue Huey Lewis and the News) and its positive effect can never be deemed a bad thing or an unhealthy thing to those who understand. It’s those who don’t understand who is likely to see it in a negative light.

“Being with one’s twin flame is very healthy as a relationship,” says Mckean. Not only do they get to eliminate all the stuff that lesser connected relationships have to deal with (ie, texting, making decisions, figuring out what to do on Friday), because they share the same frequency, but on a deeper level, they’re whole. Twin flames manage to pull off what the rest of us only wish we could: they found their other half.

Being complete is hardly a deficit in this complicated, and sometimes messy, life. It’s a good thing — no matter what the naysayers might preach.