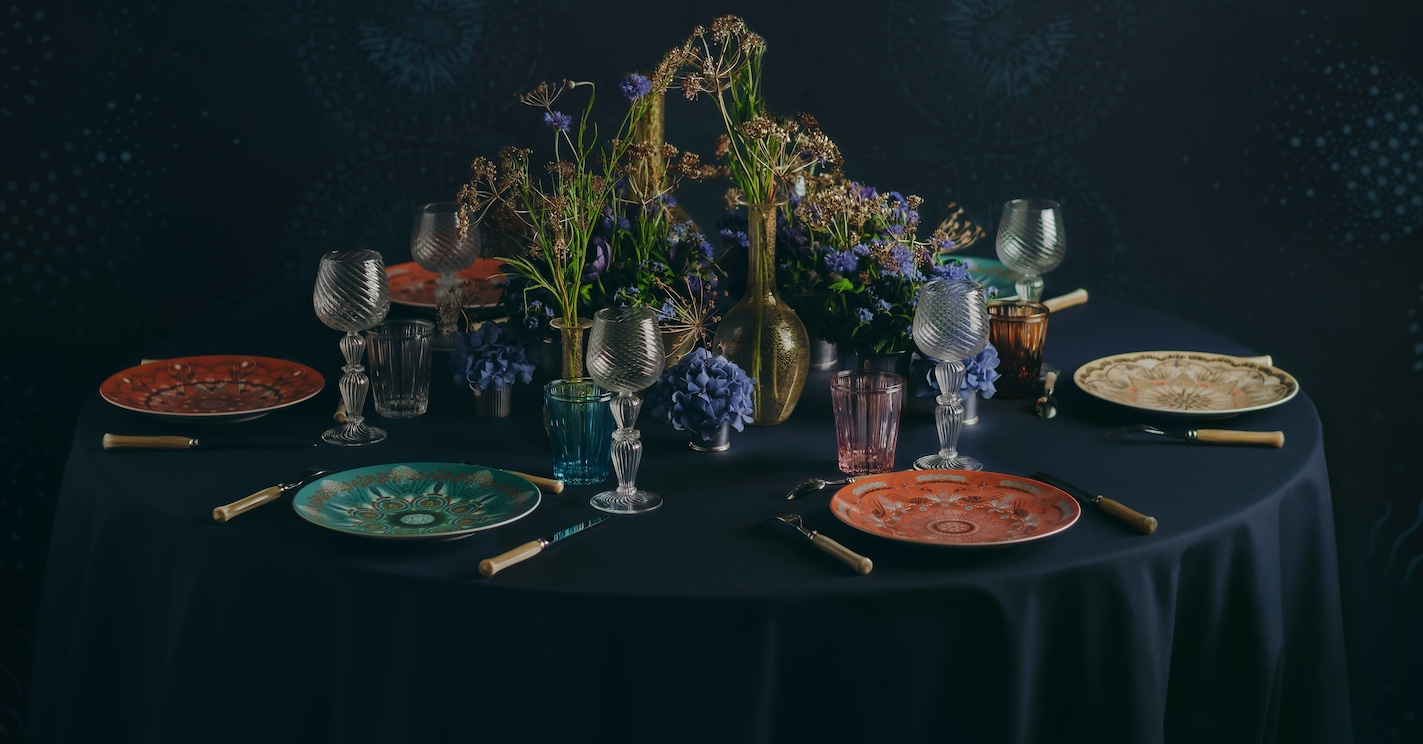 Because where better to spend Christmas than at home?

If you think that the Christmas lights around town are impressive, you should see the ones in Lecce.

That’s a city in Italy’s southern Puglia region, where you will still find 17th-century architecture in all its Baroque splendour. At night, the old buildings are brought to life with mesmerising light decorations known as Luminarie.

That dazzling craft, honoured for centuries in Lecce, set the scene for Dior’s Cruise 2021 fashion show in July. Now, it’s at the heart of the new Dior Maison collection for the holiday season.

The collection features an array of objects to spruce up your home with, all adorned with the same intricate, colourful patterns that illuminate the streets of Lecce. There are embroidered cushions to cosy up your living rooms with, elegant fans to display, and vases to store your blooms in.

The extravagant Luminarie designs also appear across an array of porcelain plates, valet trays and coasters. After all, the dining table, where we often gather with our loved ones, is the next best place for those psychedelic patterns. In Lecce, the Luminarie is rooted in the city’s sense of togetherness; each display is made possible through the teamwork of artists, carpenters and electricians.

It all feels very festive, something that Dior drives home with its line of sparkling Christmas glass ornaments. These are hand-blown and hand-painted, nodding to the artisanal tradition that the French brand was inspired by. You can already picture the special moments you’ll have putting them up on the tree with your family.

While we can’t fly out to Lecce just yet, it’s nice to be able to experience the magic of the Luminarie in our own homes. If you’re looking to add some charm to your celebrations this December, you’ll want to get your hands on Dior Maison’s new collection, now available in Dior boutiques and on dior.com.