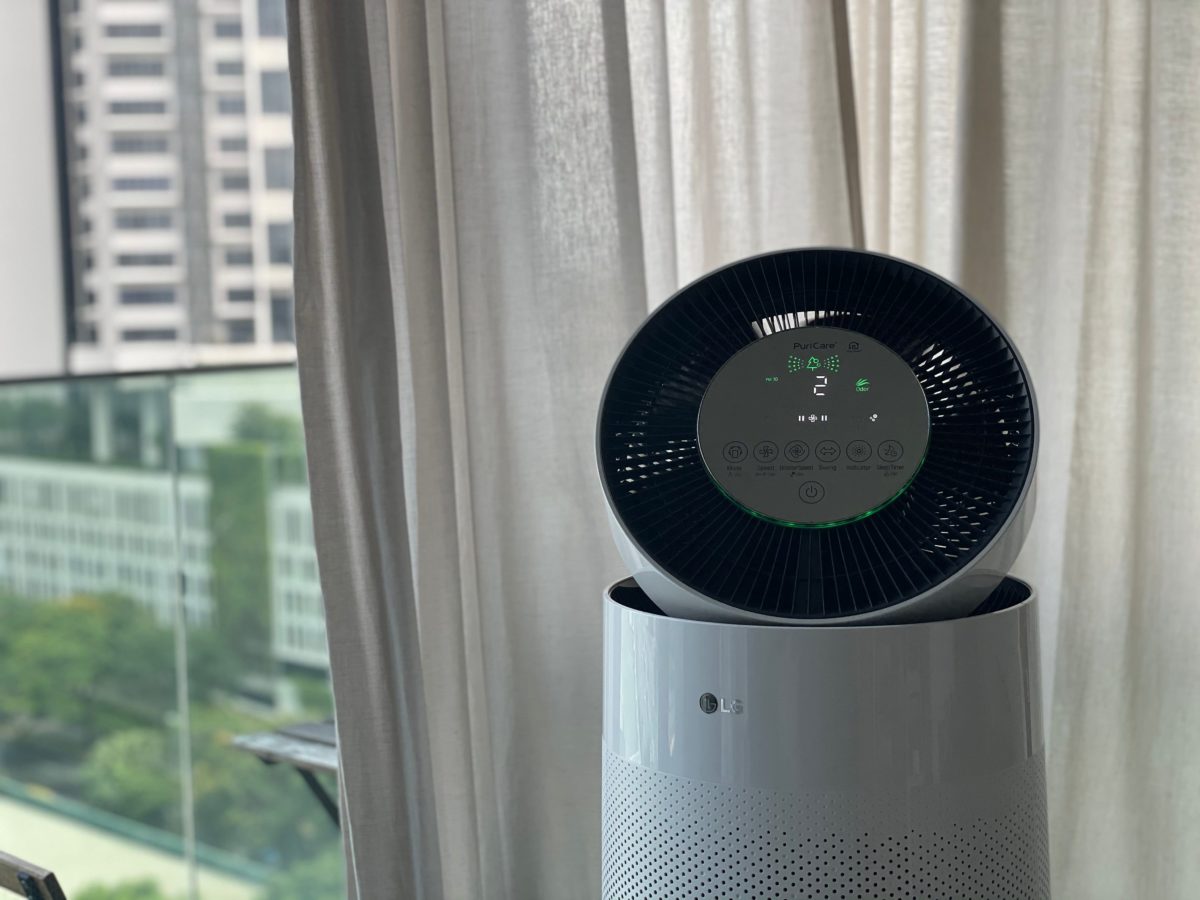 If you haven’t even begun to think of investing in an air purifier, you should.

After all, it looks like we’ll be staying at home for a fair bit of time. Going out and taking a breath of fresh air is seemingly an impossible task now when even crossing districts is illegal. In fact, you’re legally required to wear a mask in public, making breathing in the fresh air a little difficult. So why not make the air you have at home nice and clean?

You may not think that the air indoors is bad for you — after all, it’s not like you open all your windows and let the polluted outside air indoors, right? Wrong. It is precisely because of that, indoor air is extremely bad for you. It comes from unassuming things like your house cleaning products to more glaring instances like gas stoves and the air conditioning. Your furry pet also contributes to indoor air pollutants with their fur and dander. Thus, if opening the doors and windows in your home isn’t a feasible solution, getting an air purifier is.

With all the time I’ve been spending at home thanks to the lockdown, an air purifier was something I’ve been wanting to get. By a stroke of luck, I was offered the LG PuriCare™ 360º Air Purifier to try out. After a month of having it in my home, here are some features of the air purifier I can truly say I enjoy.

It has a sleek and minimal design

My beef with most air purifiers is the chunky, and quite frankly, ugly designs. Thankfully, the LG PuriCare™ 360º Air Purifier is not. The cylindrical design is futuristic and simple enough to match any interior style. The two-tower version is fairly large, but it’s perfect for the living room area in my apartment to cover more purification space — up to 100 sqm, to be precise.

Living
How effective are essential oils when it comes to your self-care routine?
Living
3 indoor plants that will boost your work productivity

However, unlike most air purifiers, I actually didn’t need to worry about how much area the LG PuriCare™ 360º Air Purifier would cover. It is, after all, in its name, which brings me to my next point.

Air purification from all angles — 360 degrees, to be exact

All the pinholes around the LG PuriCare™ 360º Air Purifier may look aesthetically pleasing, but they’re actually functional. This is where the magic happens — the holes are the filtration devices, sucking in air from all 360 degrees to filter back out from the fan above, aptly named the Clean Booster.

The Clean Booster, in fact, is an added feature the LG PuriCare™ 360º Air Purifier has to send clean air up to a distance of 7.5 meters. It’s nice to know that the wind coming my way is actually pure, clean air. But the Clean Booster is more than just a fan blasting out clean air — this feature works especially well to expel food smells and dust particles that come about post-cooking.

As someone who lives in an apartment where the kitchen and living room are part of the same area, I can attest that this feature is especially useful. How often have you cooked something strong-smelling – like kimchi fried rice, bacon, and most Asian food – only to have it linger in your apartment for at least a day after?

Other than cooking odours, there was another reason why I appreciated the LG PuriCare™ 360º Air Purifier so much: I have a cat. As much as I adore my pet, his fur constantly flying around in the air doesn’t bode well for my breathing. This air purifier works for pet dander, which is a great plus for me.

Within the LG PuriCare™ 360º Air Purifier is the 360° Total Care Filter System, which helps tackle problems like microparticles, harmful gases, and odour. How it works is the system uses specialised filters to remove dust from its surrounding environment, from large to ultra-fine particles. There’s also an additional filter that targets odour-causing problems including formaldehyde.

This is especially useful, especially considering how we Malaysians love our air-conditioning. They might be a nice and cool respite, but if not serviced often enough, your air conditioning unit could be a cause of not only dust but also a breeding ground for bacteria and mould. An air purifier will help sort you out.

Then, there’s also the advanced PM1.0 Smart Sensor to detect fine particles under one-micrometre in diameter. You can see all the info from the Smart Display it has six coloured lights so I merely had to glance over at the air purifier to see the quality of air. For even more details of the current air quality in my house, I can also view it from the app.

One convenient app for the LG PuriCare™ 360º Air Purifier

The air purifier is accessible via the LG ThinQ app, which you can also use for other LG smart home appliances. It’s great for when you can’t find the remote for the air purifier or don’t want to get up from your comfortable spot on the couch to turn it on.

But more than that, with the LG ThinQ app, I was able to monitor the air quality even outside of my home. The app shows all the details you need, including the overall air quality; the particulate matter (PM), which is the measure of dust particles in the air; and the odour.

With the app, you can also select what mode you’d like for the LG PuriCare™ 360º Air Purifier, the fan speed, and also if you want the ioniser and lights turned on or off. There’s even a scheduling option for you to turn on at particular times or days.

The LG PuriCare™ 360º Air Purifier is convenient, accessible, and an all-rounder for air purifiers in the market. At RM5,100, the price is on the higher end compared to others but rest assure that you’re absolutely getting what you pay for.

Want to experience the LG PuriCare™ 360º Air Purifier for yourself? Click here to get your own.

air purifier tech review lg puricare
PohNee Chin
Editor, Kuala Lumpur
Poh Nee is the editor and writes about travel and drinks. When she's not living out her holiday dreams via Google Earth and sipping on an Old Fashioned down at the local bars, you can find her snug at home bingeing on Netflix and mystery fiction.
Travel Drinks