Achieve zen and flexibility at these yoga studios in KL

For the busy city dwellers, yoga has long been touted as the cure-all to our stresses. Images of people bending in ways you never thought possible fill your head, while the promise of inner peace tempts your worn soul. Trust us—we want it too. While we all can’t nearly afford to take time off and check ourselves into a wellness retreat, the least we can do to calm this freneticism that is city life is to check into one of these yoga studios in KL perhaps once weekly.

This ancient Indian practice is actually a group of physical, mental, and spiritual practices that denotes one of the six orthodox schools of Hindu philosophical traditions. To delve into the full meaning of what yoga is would require a lot more work than just going for a class once a week.

The modern-day yoga that we know and love today is a modern form of Hatha yoga. Most of the postures that you learn in class are called “asanas”, a body posture that was originally a sitting position for meditation, which then evolved into lying down, standing, twisting, and balancing poses, and meditation seats.

But what makes yoga synonymous with inner peace? According to David Surrenda, CEO of Kripalu Center for Yoga and Health:

“The original context of yoga was spiritual development practices to train the body and mind to self observe and become aware of their own nature. The purposes of yoga were to cultivate discernment, awareness, self-regulation and higher consciousness in the individual.”

It was introduced to the Western world as a way to better health, including to reduce stress, increase the sense of relaxation, and also allow for greater flexibility for the practitioner. The breathing skills that come into play during yoga also helps people be more mindful and learn to relax by focusing on their breathing.

So, are you ready to practice your way into a calmer version of yourself? Read on to see which yoga studios in KL will be best suited for you. 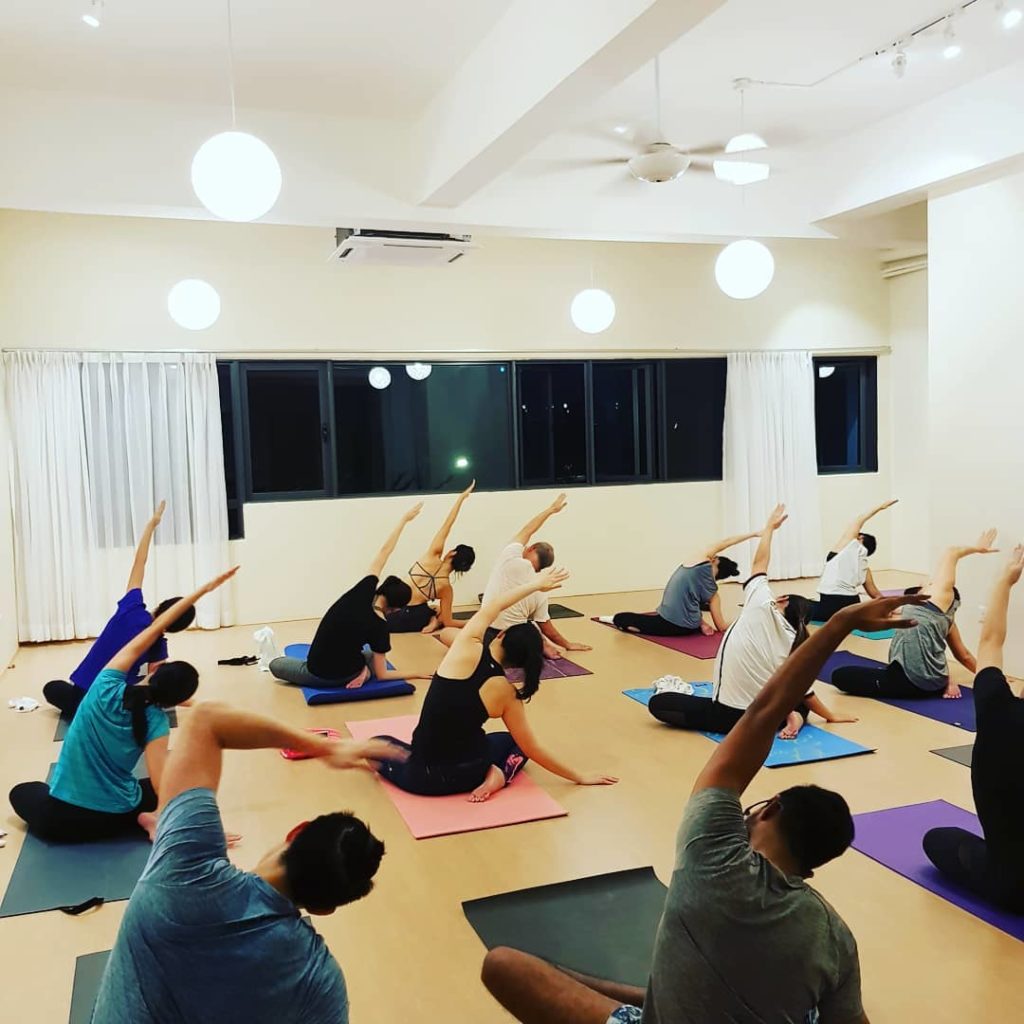 In this minimal, fuss-free yoga studio in Bukit Bintang, its teachers are dedicated to letting its students perfect each Asana pose. Here, students are encouraged to take their time instead of rushing each pose, whether they’re inexperienced students or advanced yoga practitioner. 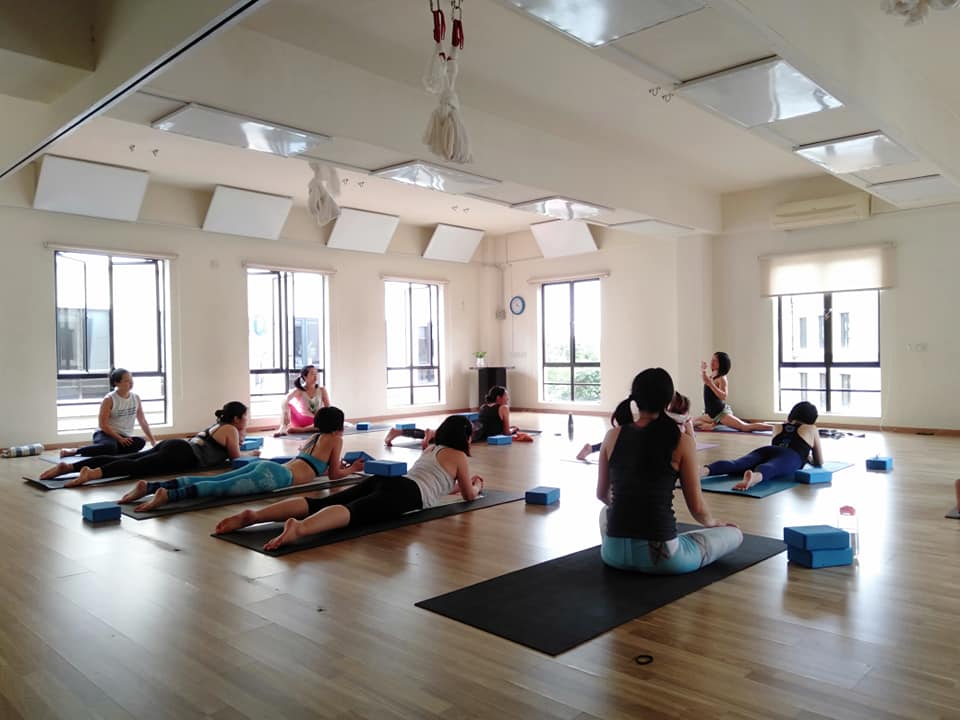 Get your basics right, and that include breathing, alignment, strength, and balance practice at Aravind Yoga. This studio’s classes focus on all that, encompassing Hot Hatha, Hot Basics, Aerial Yoga, and Power Yoga. 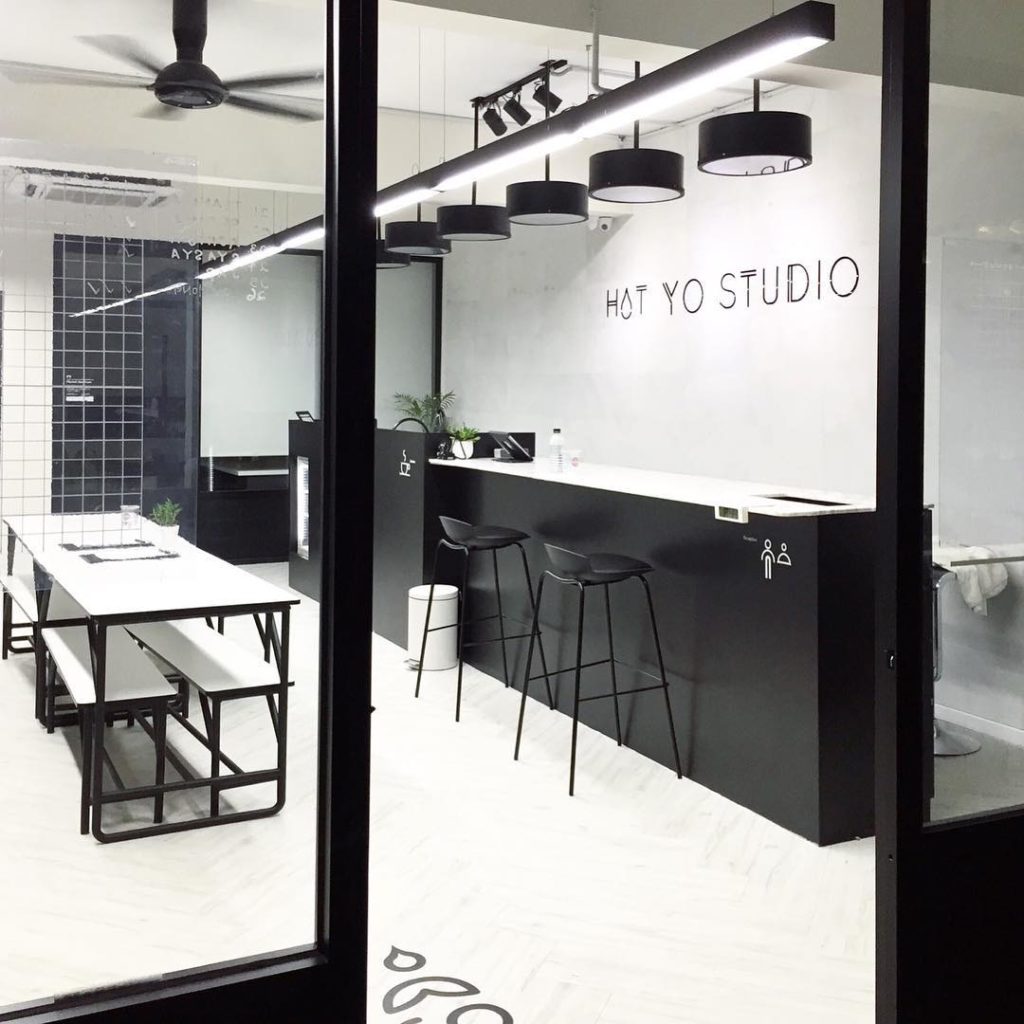 Minimalists at heart will love this monochromatic yoga studio. They call themselves “yoga by the millennials for the millennials”, so you know to expect a young crowd here. As its name suggests, Hot Yo Studio specialises in hot yoga—the studio is heated up to 36°C, which is hot enough to make you sweat by not too hot that you start feeling faint. The classes are suitable for both beginner and advanced yoga practitioners. The best part? Your first class with Hot Yo Studio is free. 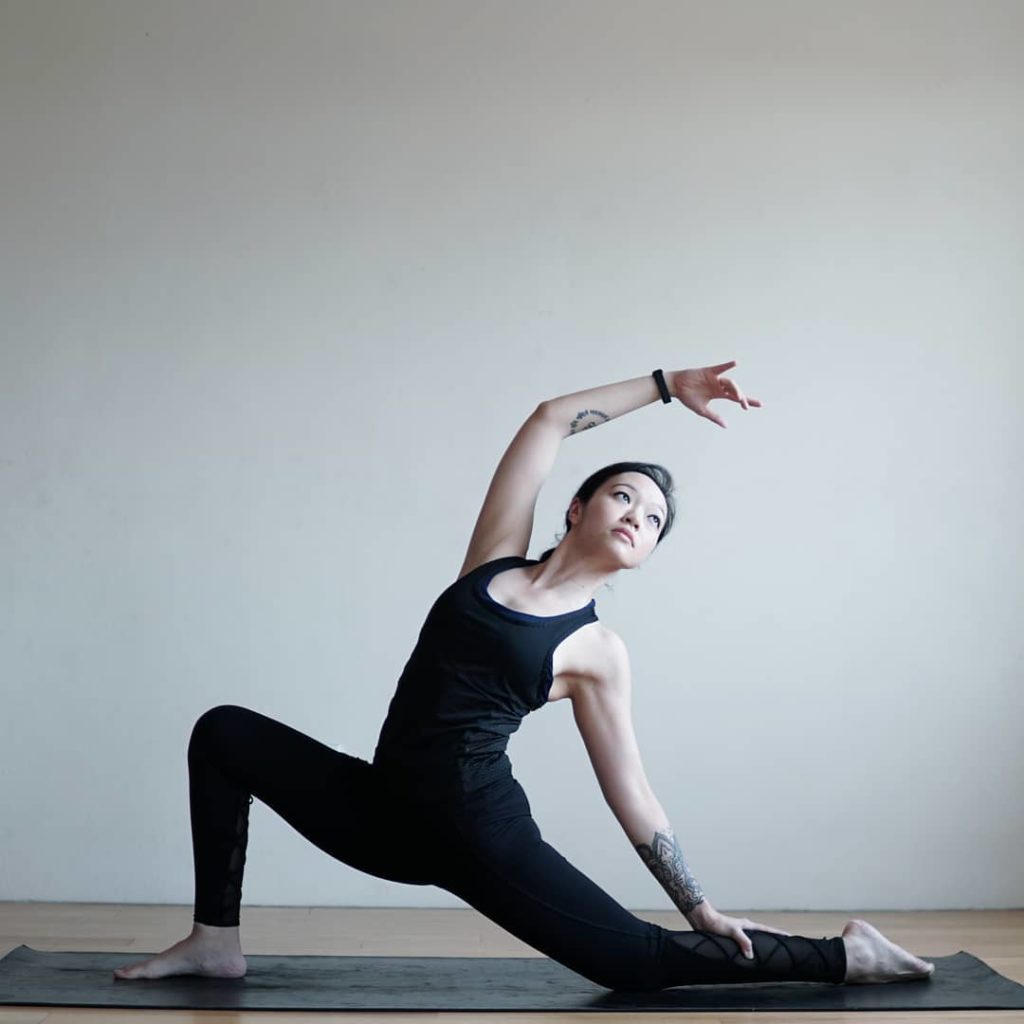 One of the newest yoga studios in town (they just opened on the 22nd of June), Nafas Yoga KL is a boutique yoga studio located in Taman Tun Dr Ismail (TTDI). It has over 12 yoga instructors for fun and non-competitive yoga classes including a quick, 45-minute Take-A-Nafas Flow which is known as its “lunchtime offering”. 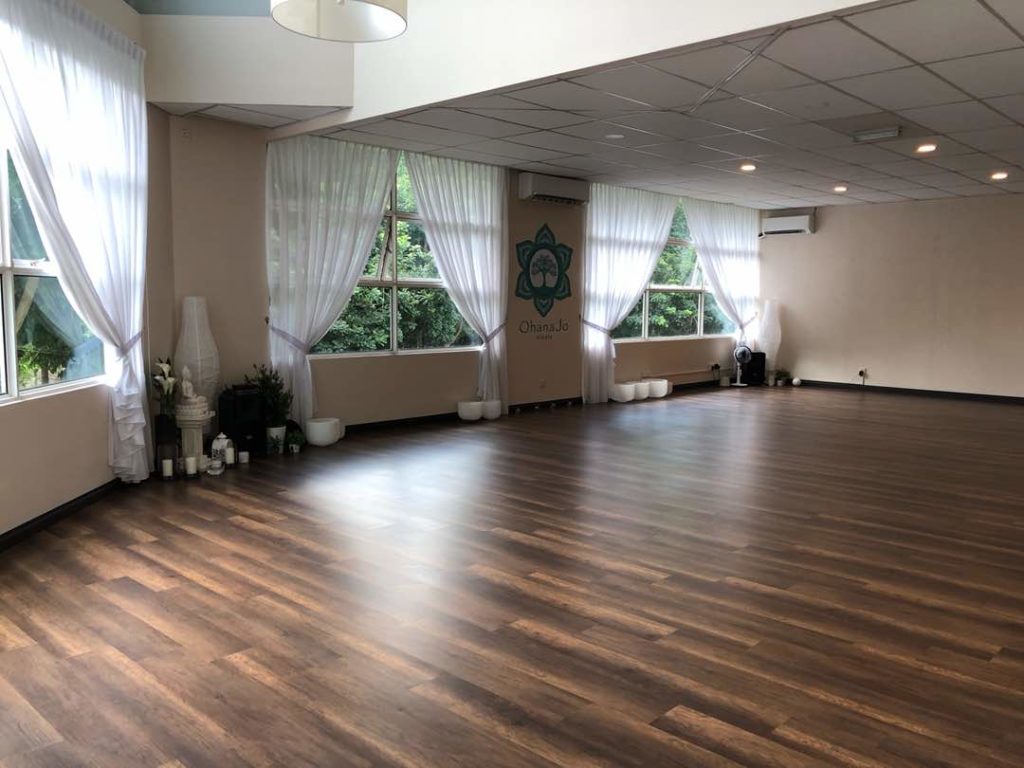 More than just yoga classes, OhanaJo Studio aims to be a co-healing space to experience mind and body healing over motivational talks, transformational workshops, and sound healing sessions. Like-minded souls are invited to join in this holistic healing experience, and OhanaJo Studio offers a wide variety of classes to both beginners and advanced students. 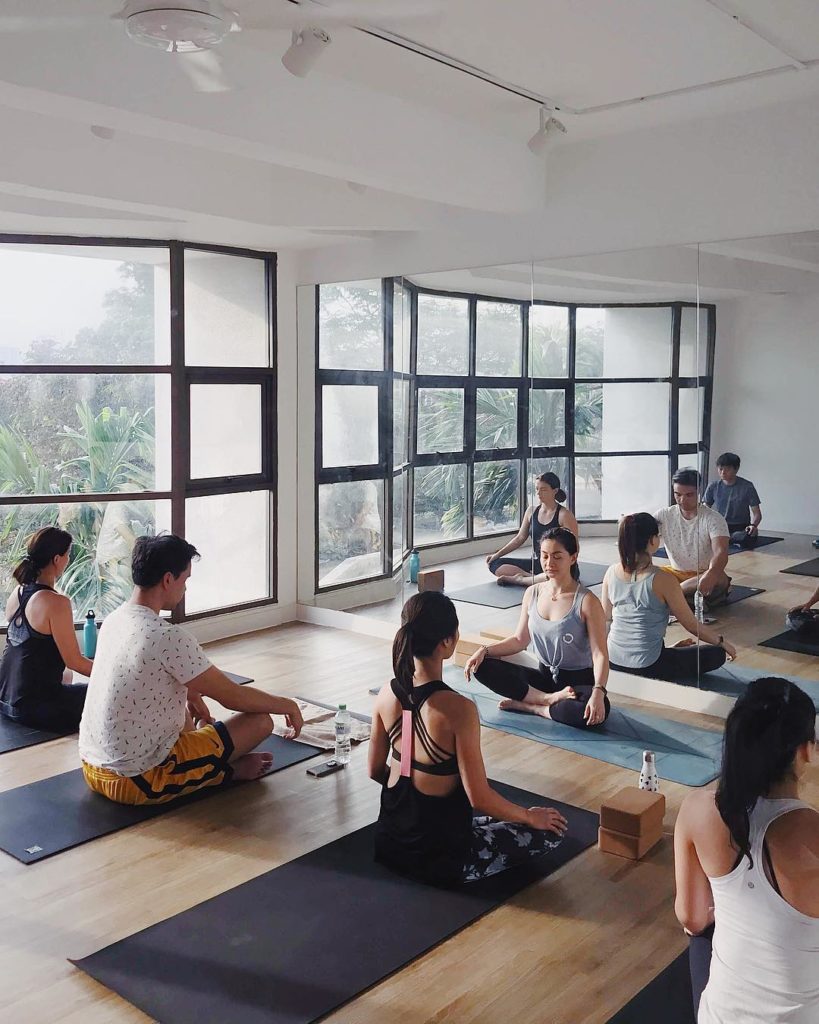 Not everybody’s journey in yoga is the same, and Omology Yoga understands that. This studio is made up of a community of teachers, students, and yoga lovers to create a welcoming space where students can come and explore the wonders of yoga in a safe environment. Most people go for yoga to get a sense of zen, but if you’re looking to heal specific areas of your body, then Omsphere Yoga is the studio for you. It has classes dedicated to certain health benefits, such as detox for blood circulation and a strong cardiovascular system, strength for healthy and flexible joints, or for a healthy digestive system and a strong immune system.

The Flow Studio is perhaps one of the most beautiful yoga studios in town, with its naturally sunlit rooms and airy space. But it’s not just a beautiful space—it has been thoughtfully designed to deliver both the practicality and functionality of a workout, merged with a calming environment and beautiful aesthetics. If you’re not sure of what classes you should try, speak to anyone on its team who is more than ready to recommend you classes based on your fitness goals and level of expertise. 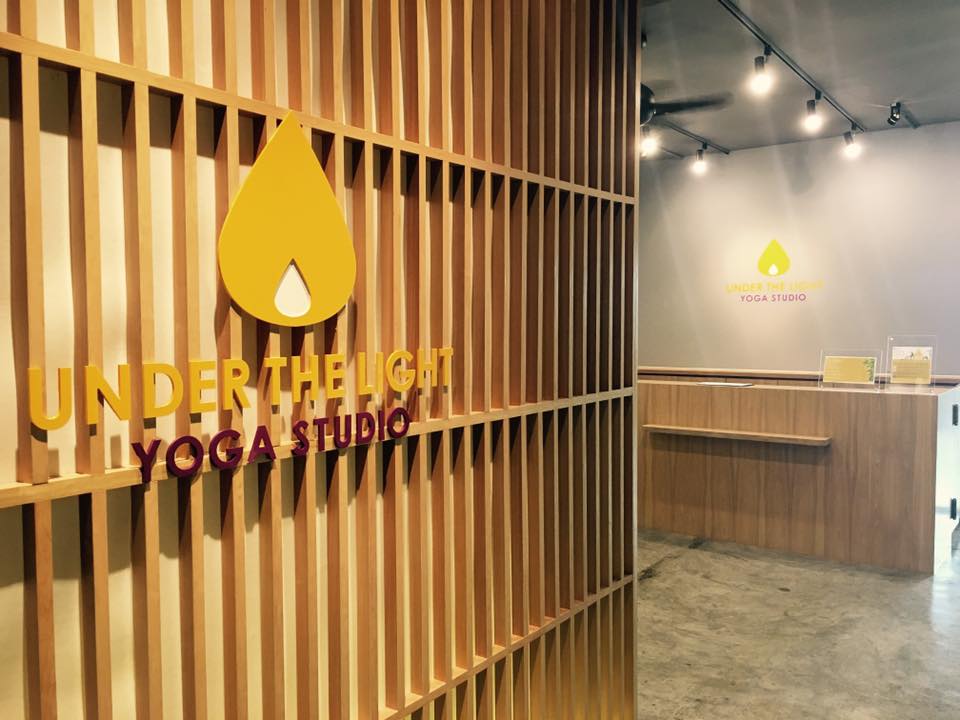 9
Under The Light Yoga Studio

Traditional and modern yoga styles come out to play at Under The Light (UTL) Yoga Studio, a cosy and comfortable space for yogis. There are many levels of classes available, and they are especially perfect for beginners. UTL actually started out in Yoyogi, Tokyo back in 2006. Now, it is the largest Yoga Alliance teacher training school in Asia with over 10,000 certified yoga graduates.

(Picture: Under The Light Yoga Studio)

Yoga Yoga studio yoga studio in kl
PohNee Chin
Editor, Kuala Lumpur
Poh Nee is the editor and writes about travel and drinks. When she's not living out her holiday dreams via Google Earth and sipping on an Old Fashioned down at the local bars, you can find her snug at home bingeing on Netflix and mystery fiction.
Travel Drinks

How to relieve your bad desk posture, according to a personal trainer

A complete guide to matcha, the ultimate Japanese superfood