If you could only run in the KL district, which places would you head to?

You either love or hate running, but we can all agree that it’s the safest contactless form of exercise anyone can get during the pandemic. You can do it alone and run at your own pace, plus get in a spot of nature after being cooped up indoors all day long. What’s not to like about it?

But while it’s great to head outdoors for a run, constantly going to your usual spots may also feel monotonous after a while. After all, running is an endurance sport — you’re going to need some different views and terrains to distract you while you’re trying to rack up your 10km.

To help you out, we’ve compiled a list of the best places to run in the KL district. Not only will you be adhering to the MCO rules, but you’ll also get a varied list of terrain to run in. There are parks, dedicated jogging tracks, and even some forest trails to really get your heart pumped up. Find the full list below. A fair warning: always be aware of your surroundings when running alone, run in broad daylight, and always tell someone reliable if you’re planning on running alone so you’re always accounted for.

In case you missed it, registrations for our #OnHerTeamRun is currently underway with the deadline on February 28th, 2021. The run will be in conjunction with International Women’s Day — all you have to do is find a team of three with at least one female member and together, achieve a goal of running 300km within the month of March 2021. You can run together or separately; just be sure to record those kilometres.

If you haven’t signed up for #OnHerTeamRun yet, do it here. 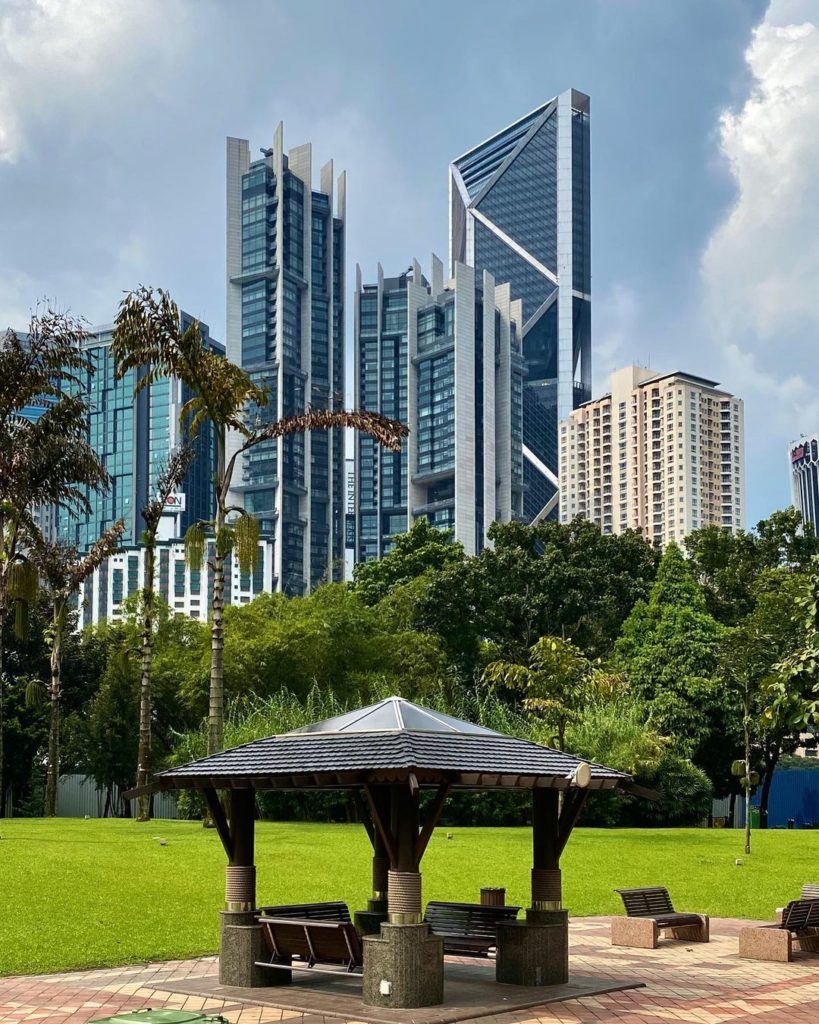 We’ll start with the most iconic one — KLCC Park. Located right in the city centre, it is one of the most accessible parks in KL that you can head to for your run. While the trail isn’t long – it’s just 1.3km of rubberised tracks – you do get to see gorgeous views of the Petronas Twin Towers with immaculate gardens. It’s also a good place to head to after work if you’re based in the city. 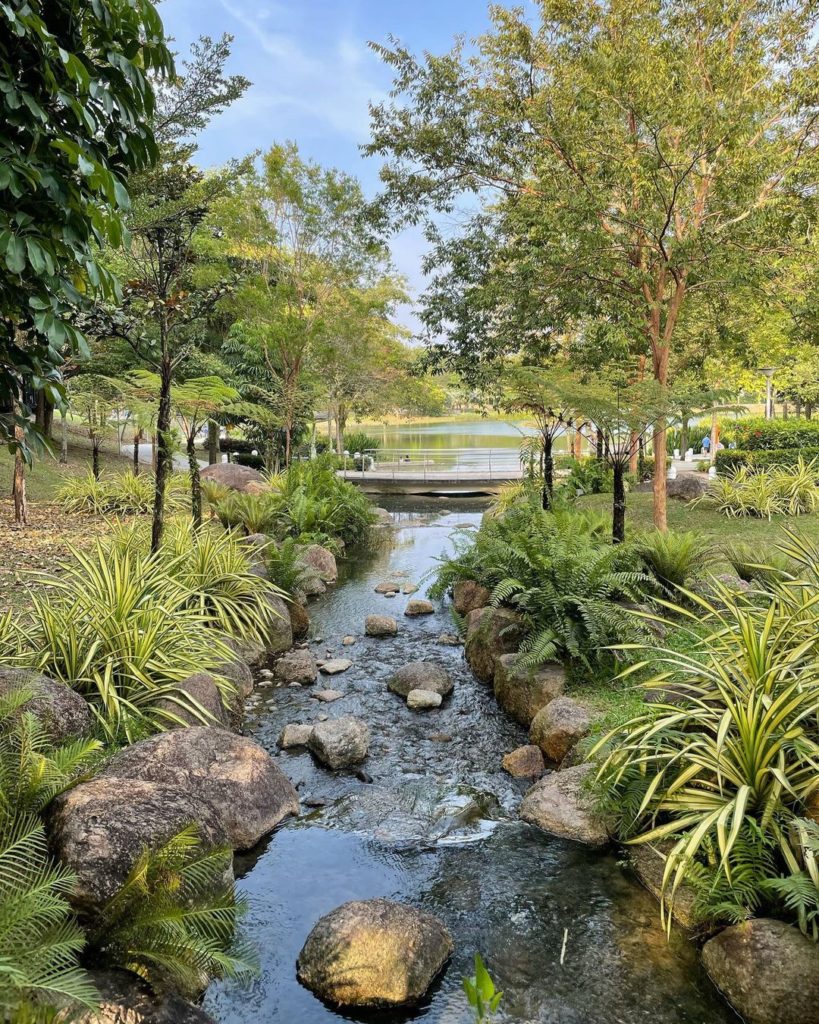 Come for the run, stay for the dogs. Desa ParkCity is one of the few parks in KL that allows dogs to roam about freely, which makes for great entertainment when you’re running here. The trail is 2.2km on flat ground and wraps around the lake area. Come here if you want to fuel up after your run — there are many F&B choices in the area. 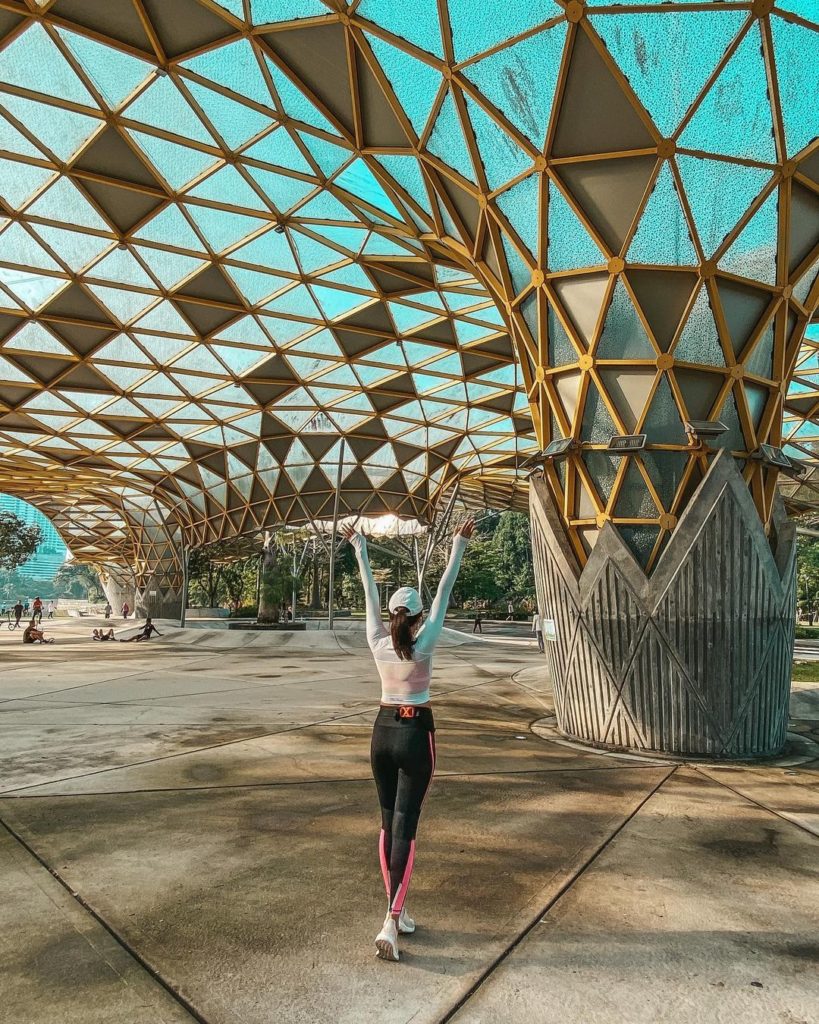 The Perdana Botanical Gardens is another popular haunt for runners. In fact, come here during peak running days and you’ll find a group of runners here. Formerly known as Lake Gardens, it’s a large area in the city with lush greenery. You’ll find running here to be an absolute breeze — not because it’s easy, but because all the trees and plants will make it breezy. There are also several canopied spots in the gardens that make for good resting spots and to take some pictures for social media. After all, did you really exercise if it wasn’t documented on Instagram? Jokes aside, there are several trails and plenty of kilometres you can rack up during your time here. 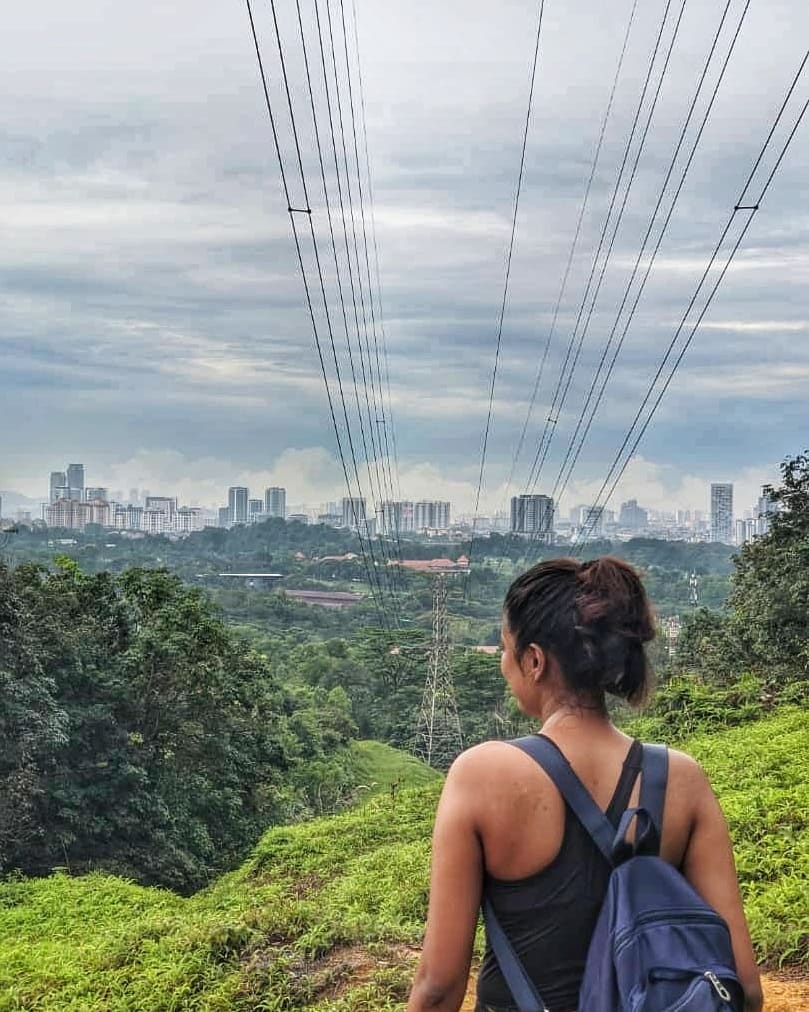 Want to really get a workout from your run? Make it a trail run at Bukit Kiara Park. Start at either the Mont Kiara entrance or the TTDI entrance and take your pick from several kinds of trails. There are flat grounds in the park area, but the real work comes when you head into the hills and try some off-road terrain. 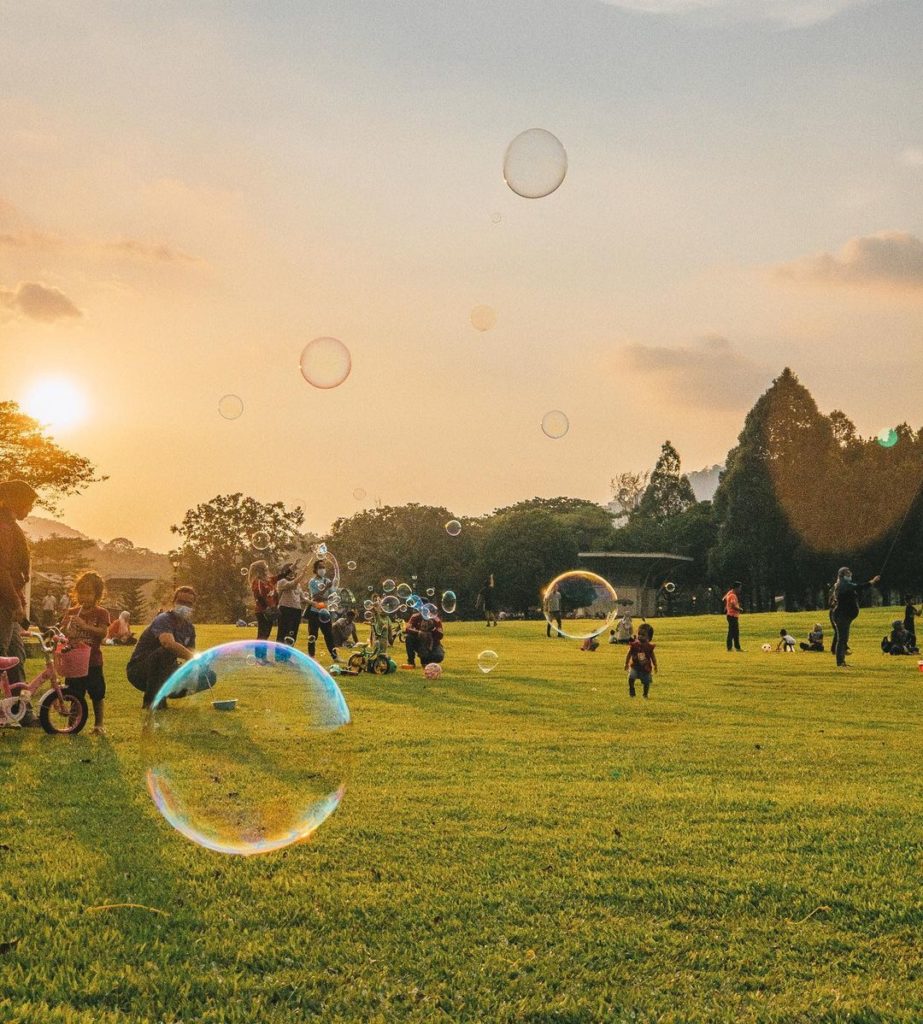 Here’s another gorgeous park where you can run in KL. Located in Kepong, you’ll find that the park is frequented by families in the evenings, which adds to the entire atmosphere. Seasoned runners will appreciate the specially dedicated running path in the park that extends over 3.8km in a loop. 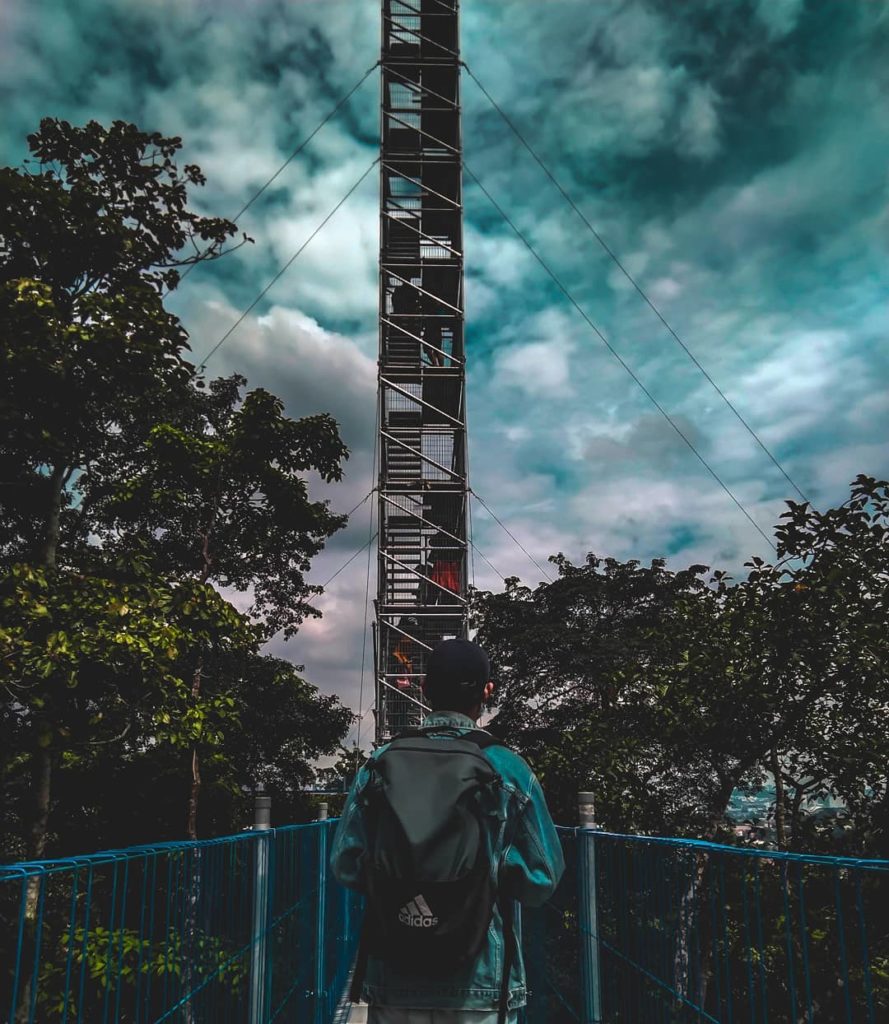 Want to feel like you’ve escaped the city? Escape into the jungle instead — FRIM, to be precise. This forest reserve has long been a favourite haunt for those looking to get some green escape, whether to picnic by the waterfall, hike or even do some trail running. If you’re not looking for hilly runs, you can also bring your running shoes on the main road, which will come up to roughly 7.5km. 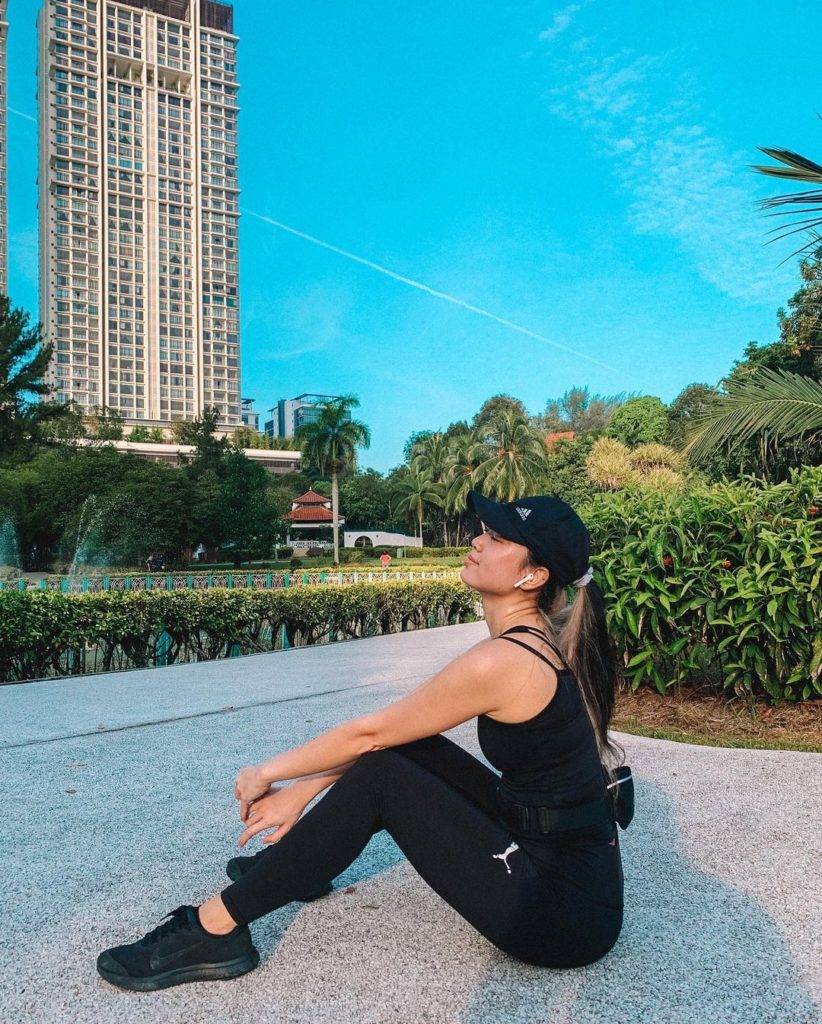 Bukit Jalil Park is a great place for you to try different sorts of terrains when running. The area itself was developed for the 1998 Commonwealth Games, and if you head to the International Garden you’ll see different areas specially designed to represent different countries. Stay on the tarmac trail or go a little off to rake in more kilometres.

Marathon Running parks in kl
PohNee Chin
Editor, Kuala Lumpur
Poh Nee is the editor and writes about travel and drinks. When she's not living out her holiday dreams via Google Earth and sipping on an Old Fashioned down at the local bars, you can find her snug at home bingeing on Netflix and mystery fiction.
Travel Drinks

These guided meditations will calm your background anxiety