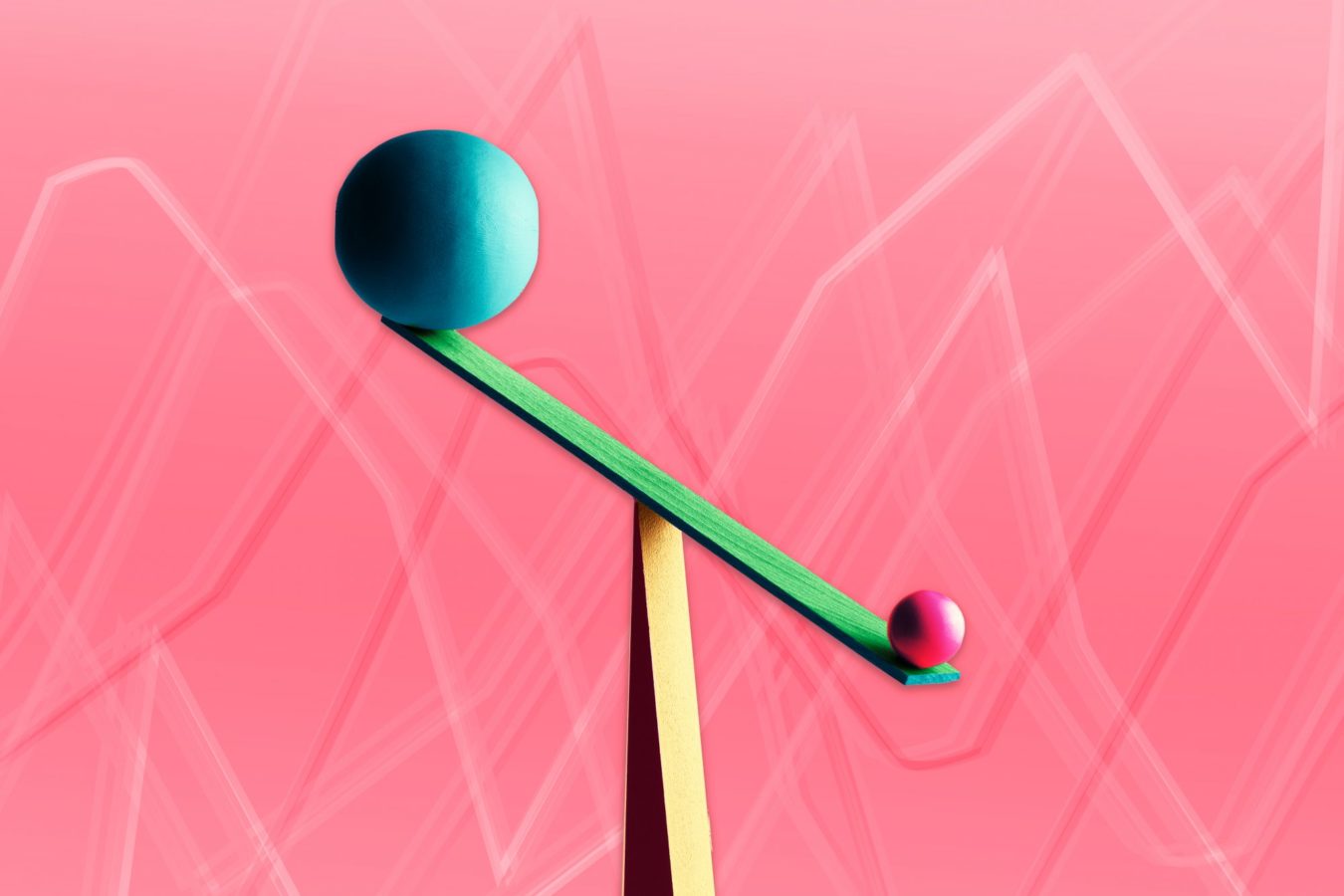 Imagine you’ve been hit with a work deadline that can be described as “challenging” or, more accurately, “freakin’ ridiculous.” What do you do? According to Amanda White, LPC, practice director and therapist at Philadelphia-based Therapy for Women Center, you’ll likely fall into one of two camps. Either: A) You’ll bust your ass so hard to meet the unreasonable expectation that you’ll succeed…and then feel drained and disgruntled when it’s done, or B) You’ll feel so overwhelmed by the prospect of tackling the stressful situation, you’ll totally check out…only to feel more overwhelmed by your own avoidance.

If any piece of that hypothetical situation sounds familiar, then you’ll want to hear more from White, who summed up her thoughts on what she calls “over-functioners” and “under-functioners” in an Instagram post. “When experiencing stress and anxiety, humans tend to cope by over-functioning or under-functioning. The over- and under- functioner enable each other,” the post reads.

That mind-blowing truth bomb is accompanied by a caption that explains that “over-functioners” are people who take control during a crisis and want to get everything done by themselves. They reduce their stress by feeling in control, but the result of all that initiative is usually burnout and resentment. Under-functioners, on the other hand, totally freeze. They get so freaked out by the idea of enduring something intense that they hand the responsibility off to someone else. That avoidance isn’t ideal either, and can often result in even more discomfort and frustration as the accumulation of all those avoided items pile up and the under-functioners feel unable to progress in their lives.

Why are these categorisations so important? Understanding common coping mechanisms can help you resist the harmful rhetoric that “self-discipline” or “doing more” to match others’ accomplishments will always pay off, says White. Doing “more” at any cost, isn’t necessarily the best way to reach your goals, she adds.

“Over-functioners are more likely to be parents, caretakers, or bosses because the buck stops with them in terms of accountability,” White tells Shape. “They are also more likely to be perfectionists and struggle to ask for help or set boundaries. If you think about it in the context of a group project, over-functioners are the individuals who lead the group and often end up doing most of the project themselves because they don’t trust others. Under-functioners enable this behaviour because they are happy to sit back and let someone else do most of the work.”

But under-functioners don’t just serve as enablers, adds White — they have their own host of issues that pave the way for over-functioners to swoop in and think they’re saving the day (often to both parties’ detriment). “Under-functioners avoid things as a stress response,” she says. “They delay going to appointments, avoid telling people when they’re struggling, and are often enabled by someone who will happily do the extra work or finds it more stressful to convince the under-functioner to take action rather than do it themselves.”

Living
These guided meditations will calm your background anxiety

So can falling into one of these two extreme categories exacerbate any current issues? “It can absolutely worsen your stress and anxiety,” confirms White. “For under-functioners, avoidance increases anxiety. They temporarily feel better when they put off doing something but then end up feeling worse as their tasks pile up. Over-functioners often feel resentful of others who are not contributing. They also can struggle to fully take a break and relax and feel as though they must constantly be doing something. This can hurt their relationships. They also feel a false sense of control that as long as they are doing things, they feel as though they can outrun their stress, without ever dealing with it or changing their life to prevent such stress.”

Alyssa Mass, MA, MFT a marital and family therapist based in La Jolla, California, says she hopes White’s post may open people’s eyes to their own patterns. “The bottom line here is more about awareness,” says Mass. “Most people exist on a continuum, so being aware of your reaction patterns is the first step toward creating a shift, or a change. However you categorise yourself, the behaviours are in reaction to anxiety and the question I would ask is, ‘is your behaviour actually moving you towards what you want and/or need?’ Sometimes we fall into behaviour patterns out of habit. Try some new coping strategies and see how they feel. These are just experiments! Ask yourself how you feel before, during, and after.”

Using that newfound awareness to make intentional decisions can lead to lasting behavioural changes, in White’s opinion. “The most important tip is to take opposite action than your tendency,” she says. “Over-functioners need to learn to ask for help, slow down, set boundaries, and not take over, doing everything. Under-functioners need to practise taking small actions. When they feel the urge to hide or avoid, they need to practise taking a small step toward their fears so they can overcome them and learn to trust themselves.”

So how can you start to make those moves in your own life? Mass says one quick, effective strategy for avoiding the over/under-functioning trap is to jot your feelings down on a notepad before acting on them. “This allows the anxiety to exist on paper rather than a feedback loop in your head,” she says.

“Also, engage your senses,” says Mass. “Self-care doesn’t mean just one thing. Playing music, painting, gardening — it’s not about being an expert at something; it’s about engaging, touching, smelling, etc., and activating other areas of your brain. For those who are near burnout, sensory activities can be a rejuvenating way to channel anxiety and for those who feel frozen they can be a way to ever so gradually re-engage.”

White says the main takeaway from her message is that pushing too hard on either extreme isn’t an ideal way to function long-term. “Neither response is better than the other,” she says. “The goal is to find balance for both.”

What to know about Malaysia administering Covid-19 booster shots?