Home > Living > Wellness > Learn the environmental impact of avocados; here are alternatives you can try 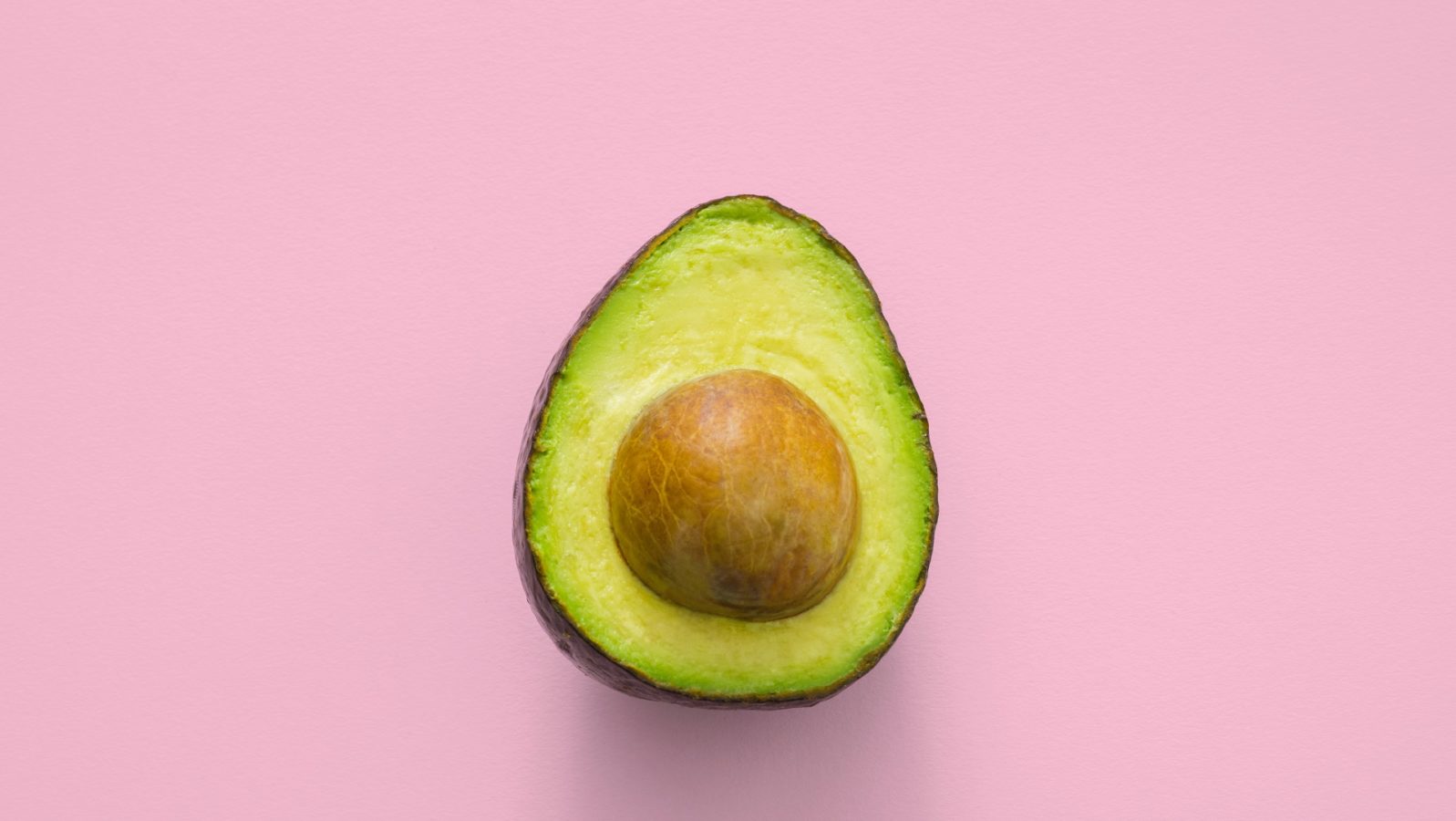 Learn the environmental impact of avocados; here are alternatives you can try

Living
Learn the environmental impact of avocados; here are alternatives you can try
Share this article
Next article

In 2018, Michelin-starred Irish chef JP McMahon removed avocados from his restaurants after calling them “the blood diamonds of Mexico”. McMahon’s label highlighted the danger that one of the most in-demand fruits posed not only to the country but also to the environment.

For those who are unaware of the term ‘blood diamond’, it is used to refer to a diamond that is mined in conflict zones by insurgents. It is also used for the continuation of violence against an internationally recognised government.

In the 1990s, many countries in Africa, including Sierra Leone and the Democratic Republic of Congo, were at the heart of the blood diamond extraction and trade at different periods of their respective civil wars.

However, countries, which were comparatively peaceful even in those tumultuous times in the region, such as Zimbabwe, also engaged in the trade of blood diamonds in international markets to fill the pockets of the corrupt establishment. Meanwhile, those who mined the diamonds were treated brutally.

Thus, McMahon’s comparison of a harmless-looking fruit to a type of precious stone mined under inconceivable horrors is certainly worth noting.

However, one ponders over the reason behind the renowned chef drawing such a comparison? Here’s why.

The high demand for avocados

Avocados (scientific name: Persea americana) are believed to have originated in Mexico and Central America.

According to the Food and Agriculture Organization of the United Nations, Mexico was the largest producer of the fruit in 2019 with 2,300,889 tonnes — a figure that was higher than the combined total of the next four countries, the Dominican Republic, Peru and Colombia. Therefore, the avocado industry is practically centred in and around Mexico.

Mexico has been consistent as the leading producer of avocados for a long time. But why is avocado production so disproportionate? One reason is Mexican topography offers the perfect conditions for avocado cultivation.

Avocados are a cash crop. Known as a “superfood” due to its numerous health benefits, its name comes from the Spanish word aguacate, which is based on the Aztec word ahuacatl. Evidence shows that avocado has been cultivated in Central and South America for over 3,000 years and people in the region have long been aware of its benefits.

Medical journals state that the usually pear-shaped fruit, which has a single berry at its centre, is of immense nutritional value. Avocados are packed with Vitamins B5, B6, C, E and K, besides folate. They also have magnesium, iron and zinc, among other nutrients, as well as antioxidants, potassium, fibre and oleic acid.

In short, avocados are excellent for your health. Its nutrients can improve heart health, lower cholesterol, protect eyesight, reduce osteoarthritis and even prevent cancer. Thus, they have become particularly popular among those who are health-conscious.

Avocados are not just used for the famous guacamole dip; they are consumed with milkshakes and are an essential ingredient in gluten-free and vegan cooking.

Its health benefits coupled with an increase in numbers of those opting for healthier lifestyles have given a fillip to the high demand of avocados. This rise in demand has further led to a steady increase in avocado production and its price.

Avocados and the environment

In any market, production has to meet demand. So, when there is high demand, production needs to go up proportionally. This means that more and more growers are enticed to cultivate avocados — this is where the healthy fruit becomes unhealthy for the environment.

Avocados require lots of water. Several estimates suggest that between 227 litres and 320 litres of water are required to grow a single avocado. This already poses a major water burden on local communities. However, it is compounded by the fact that most avocados are exported and not consumed locally, which means locals are further deprived of water that they could have fulfilled from eating avocados.

Deforestation is another problem, and environmentalists blame avocado plantations for the increased cutting of forests.

According to a 2019 report by Global Forest Watch, 98 percent of deforestation in Mexico was due to agricultural expansion. The report also said that in many states of Mexico, such as Jalisco, avocado plantations rose by 1001 percent in the past decade.

More and more forest cover is increasingly consumed by encroaching plantations, which has become a threat for the flora and fauna that survive in the ecosystems.

Avocado trees are not much of a help to the environment either. Native pine trees in Central America can absorb as much as four times more carbon than avocado trees per hectare, and the former consumes much less water than an avocado tree.

The environmental impact of avocados is huge, especially given the fact that nearly all of Mexico’s production is for just one country — the US, the largest importer of Mexican avocados.

Transportation of avocados to markets from the US also adds to carbon footprint — from packaging and storing the fruit at right temperatures to surviving long distances adds to the already high environmental burden.

The drug cartels of Mexico

Most of the avocados that come to the US are from a single Mexican state — Michoacán, which is evident because it is also the largest producer of avocados in the country. And this is where the cartels have established their hold.

For the cartels, avocado farming is a way to make money in a time when Mexico’s war on drugs has weakened them. The cartels engage in extortion of avocado producers, packers and transporters in the form of taxes for security. They also take over lands where avocado is grown, thus profiting from the sale of the fruit.

However, secretively created avocado farms and illegal logging threatens the reserve and all its inhabitants.

The activist, Homero Gómez González, who was the manager of the El Rosario sanctuary within the reserve, was campaigning against illegal logging.

According to NPR, González’s body was recovered at the bottom of a holding pond in an agricultural area. Within a week, in another incident on 1 February 2020, the bruised body of a guide, Raúl Hernández Romero, was found. His head showed trauma from a sharp object and the police launched a murder investigation.

The same year, an assistant political science professor at Barnard College, Eduardo Moncada, told wbur that cartels are able to make money from agricultural products, including wood, by illegally taking control of lands such as the reserve.

The threat of the cartels is so severe in this region that residents of some small towns in Michoacán had to form armed vigilante groups in 2013 to assist the police to save their avocado businesses. However, a 2018 NPR report suggests only the town of Tancitaro, at the time, had relative success.

The cartel presence in the avocado trade in Mexico is perhaps why McMahon’s “blood diamonds of Mexico” quote is relevant.

What are the alternatives to avocados?

Avocados may indeed be great for your health, but it comes at the cost of environmental degradation. So, dependence on avocados must be reduced, and we must find alternatives to the fruit that are equally healthy.

Having said that, since avocados are one of the main ingredients in many meals, like avocado salad and avocado toast, replacing it might seem difficult. But thankfully, it is not so.

Recently, #noavocado trended on Instagram with people sharing photos of dishes they prepared without using avocado. The dishes and the dips were not only beautifully presented but they were also equally rich in nutrients.

A post shared by Tlaloc at The Old Pier. (@tlalocbrighton)

So what can you use to wean off your avocado needs?

Try making guacamole with edamame. The whole immature soybean is extremely healthy for the body and supplies all essential nutrients, including vitamins, iron, magnesium and calcium.

Edamame is also the perfect substitute for avocados in terms of taste and range of use. Additionally, hummus can also be another good alternative to avocado dips.

Among other equally healthy options are chia seeds, which are high in protein, rich in fibre and contain omega-3 fat. It is extremely rich in magnesium and calcium. No wonder that its name means “strength” in the ancient Mayan language.

Mashed banana is also a great way to use as a spread in place of avocado. Other healthy substitutes include almond, cashew, peanut butter, crushed broad bean, virgin olive oil and olives.

Environment Mexico Guacamole edamame Avocados Cartel avocado cultivation blood diamond
Manas Sen Gupta
Manas enjoys reading detective fiction and writing about anything that interests him. When not doing either of the two, he checks Instagram for the latest posts by travellers. Winter is his favourite season and he can happily eat a bowl of noodles any time of the day.
Travel Culture Entertainment Food

Take the ‘Time to Walk’ with Prince William on Apple Fitness+

No time to spare? Here are the best 10-minute workouts you can carry out at home