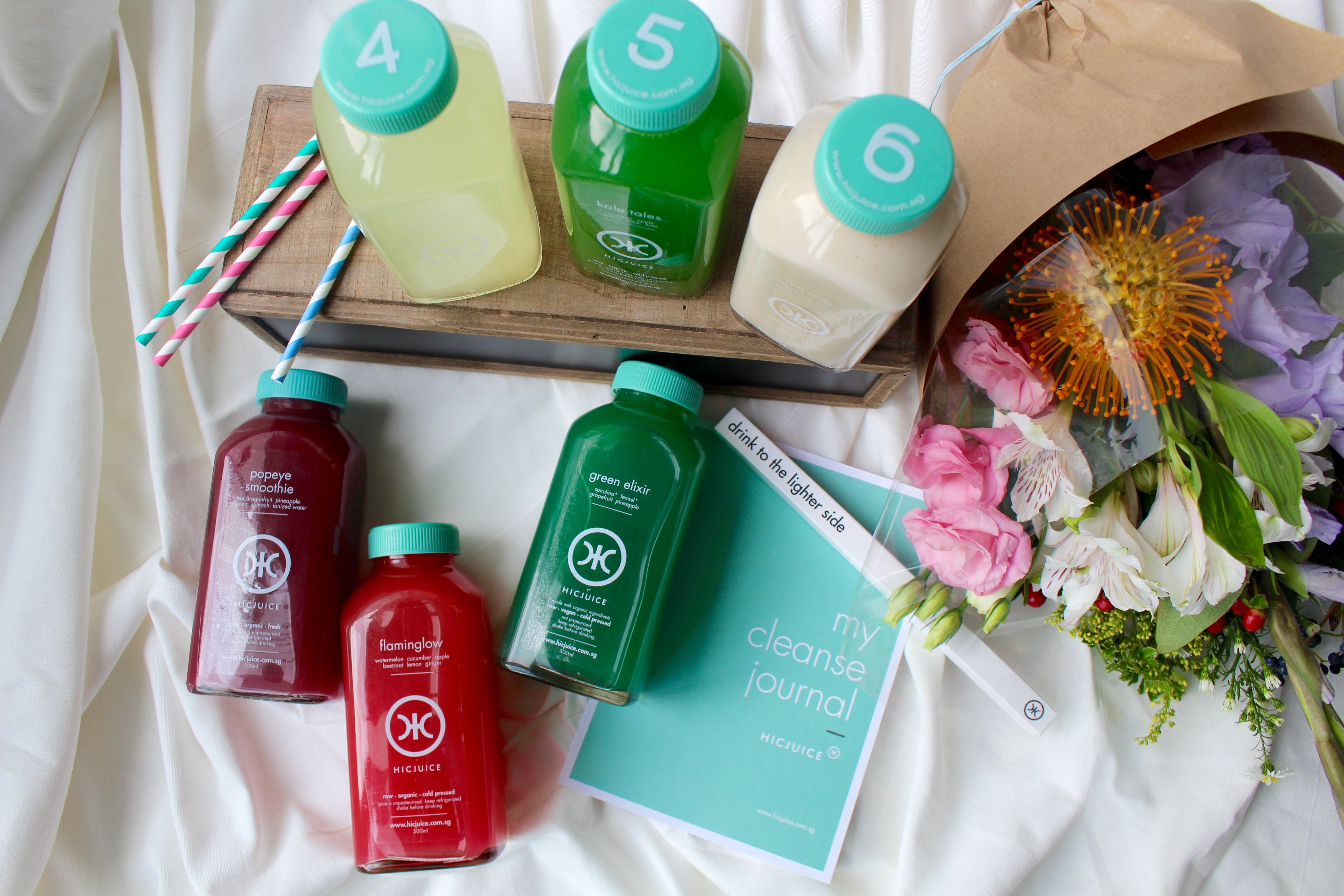 To start 2017 on a lighter note (post-Christmas and NYE celebrations), I accepted a review opportunity and signed myself up for a two week juice diet by HICJUICE. It was called the 5:2 juice diet, nestled under the juice site’s weight loss section. This diet was inspired by the 5:2 intermittent fast diet where calorie intake is limited for two non-consecutive days a week. The idea is to recharge, cleanse and boost fat metabolism through the intermittent calorie intake. I’ll be sharing my personal experience below, but if you’d like to read more details about how the 5:2 diet by HICJUICE works, click here.

I’ll try to make it easy to understand, because it took me a while to wrap my head around what I was supposed to do. Basically, I had to choose two non-consecutive days in a week, which were to be my juice days. During these two juice days, their advice was to only consume the juice portions prepared, and no other solids. For the other five days of the week, I could eat and drink as I normally would. So 5:2 — five days of normal eating and two days of just juice.

Once my order was placed, and my start date and desired delivery time specified, I waited for my first delivery of juices. Since I took the two-week package, the bottles were delivered per one week’s portion, twice. They arrived in a convenient cooler bag at the end of a working Monday and I brought them home to store in the fridge immediately. Given the nature of my job, I found planning juice days a little challenging as my week had events scattered throughout. Keeping in mind to avoid food reviews and weekend activities with food involved, I had to plan ahead.

For the 5:2 juice diet, the flavours were pre-selected by the experts to ensure they’d sustain energy levels throughout the day. They’re called sangria smoothie, nut milk, kale tales, citrus chia, liquid fuel and goddess green. The first juice day started well, since I don’t usually have breakfast, the first bottle felt like an extra meal. All was good until two hours after my ‘lunch bottle’ where I started to feel hungry. And the problem was, I wasn’t supposed to consume anything else besides water and maybe tea. Several hours of self-control and the ‘dinner bottle’ later, I went to bed feeling peckish.

All four of the juice days went the same — fine until lunch, then hunger would kick in till dinner and before bedtime. As warned in the 5:2 cleanse manual, there was a little light-headedness and lack of energy on juice days, but they were bearable. In terms of the juice flavours, all were reasonably tasty except Nut Milk, but only because I’m not fond of almond milk.

The result after two weeks? I lost approximately 1kg at the end of it, and my appetite seemed to have shrunk slightly. I required smaller portions to fill me up. It was an eye-opening experience filled with lots of discipline and mindfulness. However, if I were to go on another juice cleanse, I’d probably add-on the amount of juice to sustain me throughout juice days so productivity levels can be maintained as well as to curb the lasting hunger.

To discover more about HICJUICE, and the cleanse plans they have, visit www.hicjuice.com.my or follow them on Instagram @hicjuicemy.