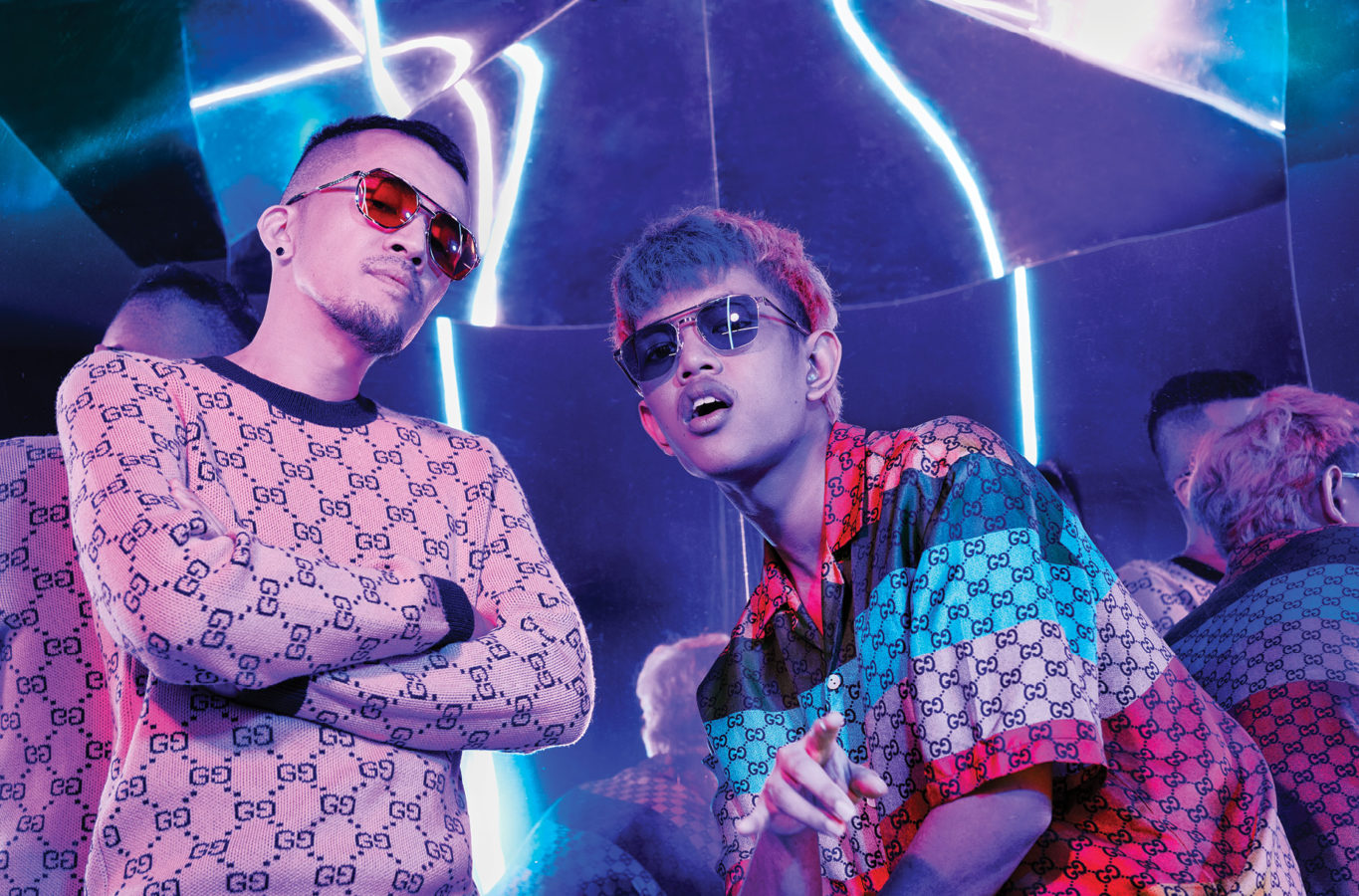 Introducing the GG Multicolour by the house of Gucci, a vibrant expression of its famed monogram.

Get a first look at the new GG Multicolour Collection by Gucci which reveals a colourful play on the house’s iconic logo —featuring graffiti and mural artist, Kenji Chai and rapper-songwriter, Yonnyboii. Check out some of their looks below, before we find out more about the collection.

Now let’s take a closer look at the collection itself.Vibrant and ostentatious colours seem to be a fashion favourite this summer. These shades give a sense of optimism while acting as a refreshing reminder that a new reality might emerge, taking cues from the previous tumultuous year. Besides, who would not want to be bombarded with hues of happiness?

Hopping onto the exuberant rainbow trend, Gucci has released a collection that showcases a motif inspired by its archive, celebrating its past, present and future.

“Gucci’s GG Multicolor play on the logo is part of Alessandro Michele’s design language, which he introduced in his first collection by mixing the GG pattern with flowers and has since combined it with Disney characters and other designs,” said the brand on its website.

The collection features the GG motif applied as a tessellation on colourful backgrounds — as seen on ready-to-wear and signature accessories such as the Marmont and key shoe styles including Rhyton and Tennis 1977.

This new range gives fashion enthusiasts a chance to experiment with vivid shades without looking like a rainbow fiasco. In Gucci’s campaign images, Chinese celebrities Lu Han and Guanlin are seen donning the ready-to-wear outerwear while accessorising with the flamboyant coloured bags. As summer is synonymous with vibrant hues and party dressing, the release could not have been more appropriate.

Jolin Lee
Contributor
Unlike most modern-day millennials, Jolin does not need caffeine or alcohol to power through the day (and night). Her eye for beauty is as sharp as her eyeliner flick, and she can spot your unblended eye makeup from a mile away.
Beauty Fashion Style Jewellery