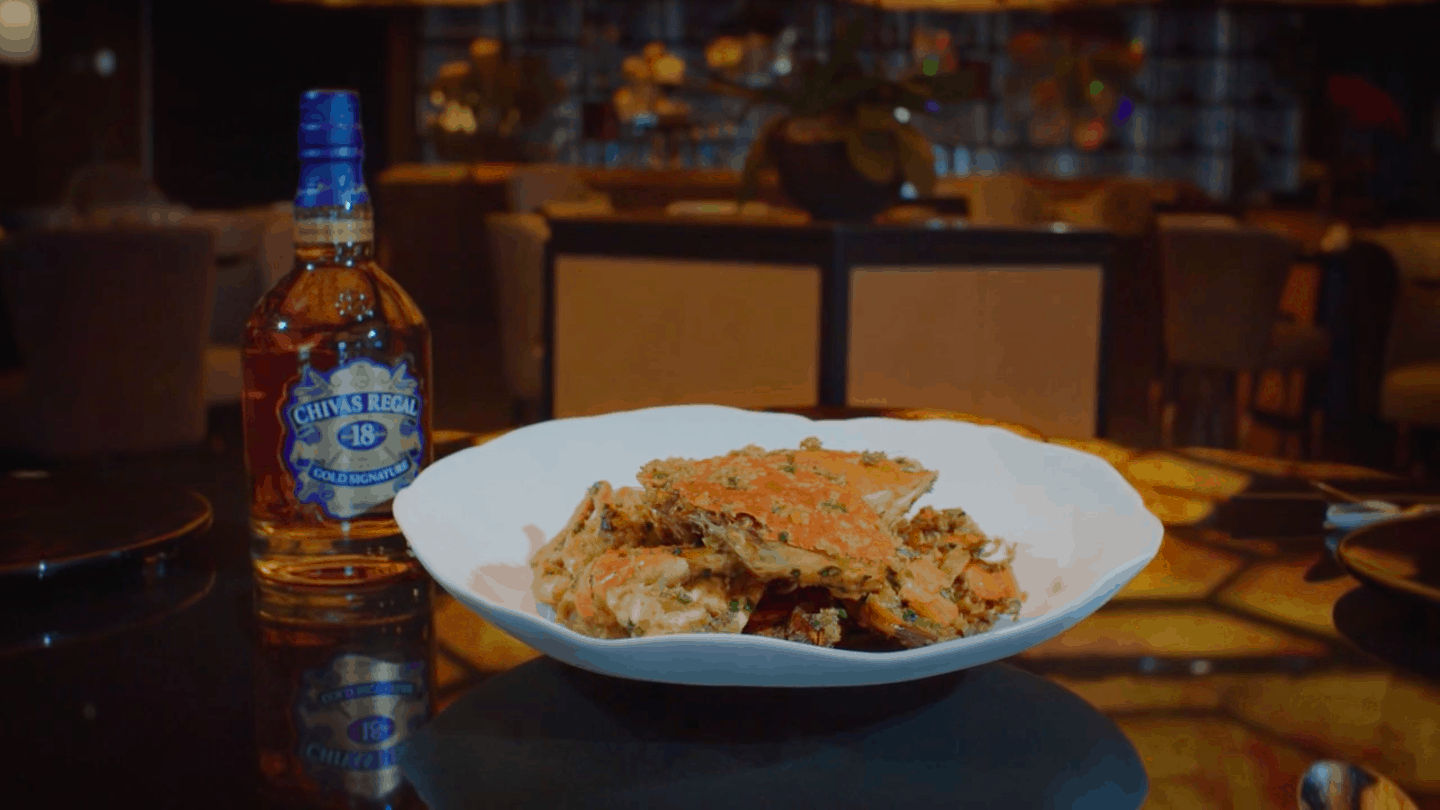 Some things cannot be simplified. No statement rings true than traditional Chinese dishes, which have been perfected over its many years of existence. Yen of W Hotel Kuala Lumpur however, brings haute Chinese cuisine to another level while still maintaining its flavour of home-style cooking, all thanks to the likes of Executive Chinese Chef Tan Kim Weng and his team.

Yen has been able to bring what many would consider simple Chinese dishes onto the main stage with elaborate practicality. Chef Tan harkens back to his days of travel as well as his past experiences cooking traditional Chinese dishes, which have inspired him to put his own interpretation on dishes that some would consider sacrilegious.

Not allowing his dishes to be known as “simple Chinese dishes”, chef Tan ensures that everything that goes out of his kitchen is prepared to perfection. The same can be said with the Chivas Regal 18 whisky, which blends 85 different flavours into a single bottle. Clearly, it was not born out of sheer simplicity. The complexity of the Chivas Regal 18 is only made for the most ardent of chefs to dive into, and that’s exactly what he did.

Chef Tan harkens back to his days of travelling, particularly to Fujian, China where he indulged in the local cuisine. One dish in particular stands out, which consisted of crabs cooked with yellow wine. This brought about the inspiration for the pan-seared crabs cooked with Chivas Regal 18.

It isn’t only with seafood that Yen of W Hotel Kuala Lumpur has decided to pair the Chivas Regal 18 whisky with — it also comes with a pairing cocktail. With the whisky’s velvety texture, it becomes the perfect base for the Canopy & Co cocktail, which is concocted using traditional Chinese Pu Er tea.

Check out the video below to see how chef Tan and his team went about creating pan-seared crabs with salted egg yolks, as well as the Chivas Regal 18 whisky.

Scotch Whisky Chivas W Hotel Pernod Ricard Malaysia Yen chivas regal 18
Wi-Liam Teh
Senior Writer
Wi-Liam is a geek at heart with a penchant for tattoos. Never without a drink in hand (preferably whisky, gin, or Guinness), he is also a writer by day and a keyboard warrior by night. On his day off, he masquerades as a streetwear and sneakerhead enthusiast while his bank account says otherwise.
Tech Cars Watches Entertainment Food Drinks
Sign up for our newsletters to have the latest stories delivered straight to your inbox every week.