New York Fashion Week may be in full swing, but that’s we’re not focusing on that right now — we’ll save that for the next one.

The 61st Annual Grammy Awards and 72nd British Academy Film Awards just happened a couple of days ago, so there’s bound to be fashion news from either — that we’ve included one down below. Read on for our current list of fashion obsessions. It’s always been a love-hate relationship with Celine but this time, they’ve proved us wrong. A loyal fan of Hedi Slimane, Lady Gaga wore a metallic asymmetrical dress with dramatic ruffles at the side. And with such a sparkly dress, it’s only appropriate to accessorise accordingly and she did it with jewellery from Tiffany & Co, including a 91-carat diamond necklace, that took over a year to make. 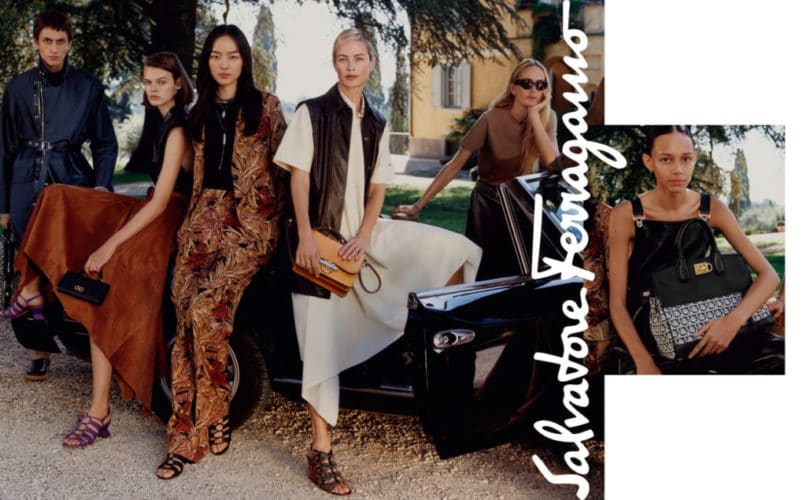 Sun-saturated, midsummer Italy is the main inspiration behind Salvatore Ferragamo’s latest campaign. Entitled, Patchwork of Characters, its Spring/Summer campaign celebrates diversity by uniting a group of individuals from across the world, which also reflects the brand’s diverse clientele. Shot in the lushly cultivated gardens of a privately-owned villa close to Rome, in the Tuscia Region, it reflects the designs of the collection, which is a specific lushly patterned palm print. When it comes to performance clothing, it has to be highly breathable, maintains body temperature and offers a perfect thermo-regulation against both cold and hot — which is exactly what Techmerino Wash&Go collection aims to give. A pure Merino wool is used and it gives the users the utmost convenience of just simply washing it in any domestic washing machine (with cold water and delicate wash setting), hang it and then wear. In the campaign for the collection, Z Zegna got German’s world ranking tennis superstar, Alexander “Sascha” Zverev, alongside model Jin Dachuan, to test it out. The Dior Saddle bag for men comes in different sizes and colours. Including this waist pack version.

It was 2000 when the Saddle bag was first introduced, to be specific during the Women’s Spring Summer Ready-To-Wear show. The saddle-shaped bag is instantly recognisable, which then became an iconic shape for the brand for the last decade. For 2019, now artistic director Kim Jones reinvented the bag and this time it’s for the gents. A new line of Saddle bags were introduced, with straps bearing the inscription “Christian Dior” and an industrial-inspired buckle which also spells out “CD”.

Fashion Style Dior Dior Homme Z Zegna Celine Lady Gaga fashion obsessions salvatore f
Jolin Lee
Contributor
Unlike most modern-day millennials, Jolin does not need caffeine or alcohol to power through the day (and night). Her eye for beauty is as sharp as her eyeliner flick, and she can spot your unblended eye makeup from a mile away.
Beauty Fashion Style Jewellery

Could pearl engagement rings take over diamonds as the new favourite stone?