The trophies are gold and the carpet is still red. But this year’s Golden Globe Awards took a dark turn when stars showed up in black tux and gowns. Instead of bold fashion statements, the leading ladies of Hollywood collectively made the sartorial protest in solidarity with sexual harassment victims.

Yes, there were few celebrities who didn’t get the memo to shun colours during the 75th Golden Globe Awards in 2018. But stars like Oprah Winfrey and Meryl Streep eclipsed them, championing #MeToo and Time’s Up campaigns on the red carpet. Actresses Emma Watson, Michelle Williams, and Laura Dern even brought women activists as their dates.

Just because the spotlight focused on the industry’s gender balance doesn’t mean style has been completely compromised this year. From the fashion perspective, it was quite refreshing to see an emphasis on silhouettes, trims, and intricate details of couture gowns.

It’s no wonder all eyes were on Kendall Jenner. As Moët & Chandon’s guest, the Keeping Up with the Kardashians star strutted down in an incredible Giambattista Valli gown. It had multiple mesh layers, making the all-black dress code more interesting. We’re also head over heels about Tracee Ellis Ross’ fashion choice, covering her hair in a black turban to match a Marc Jacobs bowed gown. Kendall Jenner (@kendalljenner) made a splash in her debut at the Golden Globes Awards ceremony in a strapless Giambattista Valli tulle dress with a dramatic train. (Image from Shutterstock) 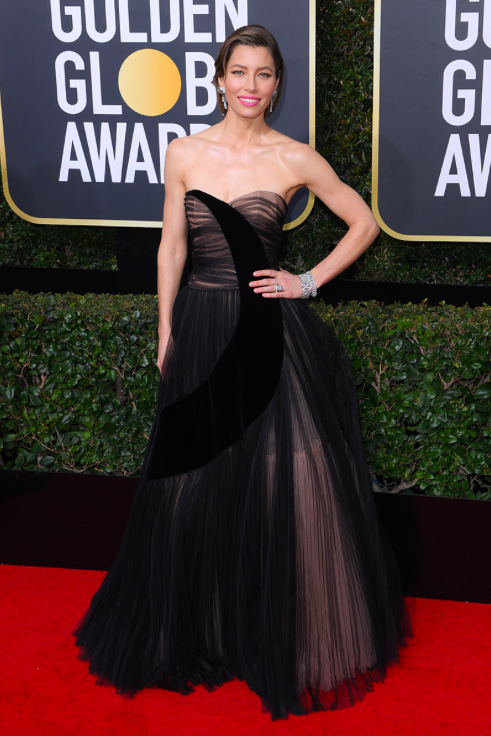 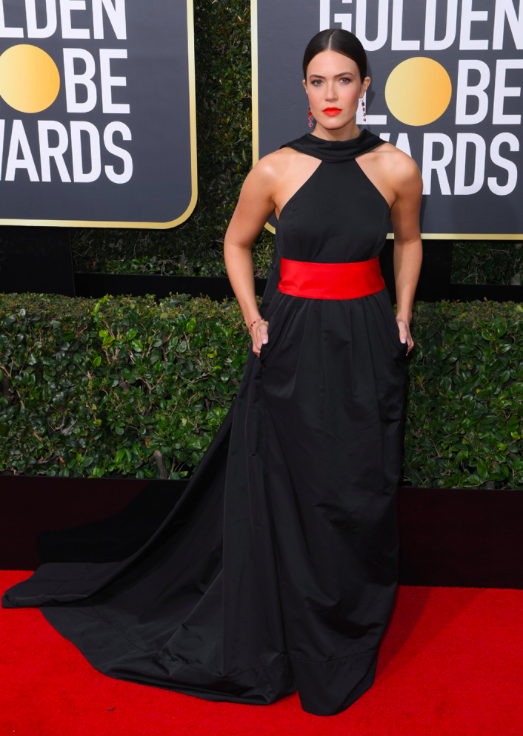 We’re loving the bold pop of colour — a red belt — around the caped Rosie Assoulin halter neck gown on This is Us actress Mandy Moore (@mandymoore). (Image from Shutterstock) 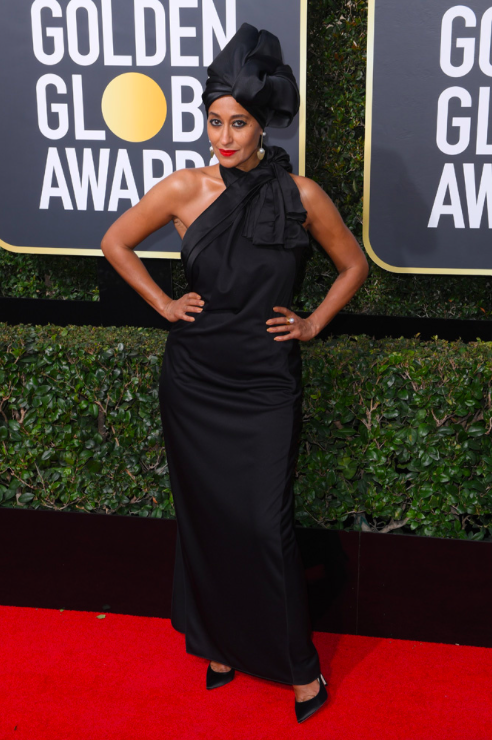 Tracee Ellis Ross (@traceeellisross), a founding member of the Times Up movement, showed off her quirky brand of glam, wearing a Marc Jacobs (@marcjacobs) gown and turban. (Image from Shutterstock) 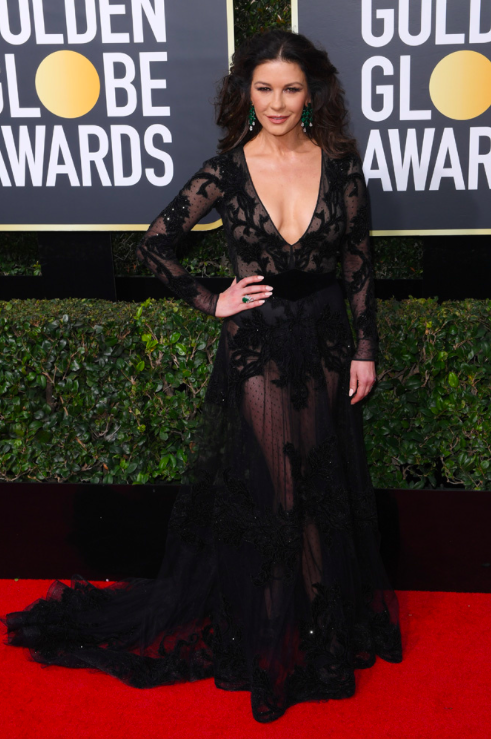 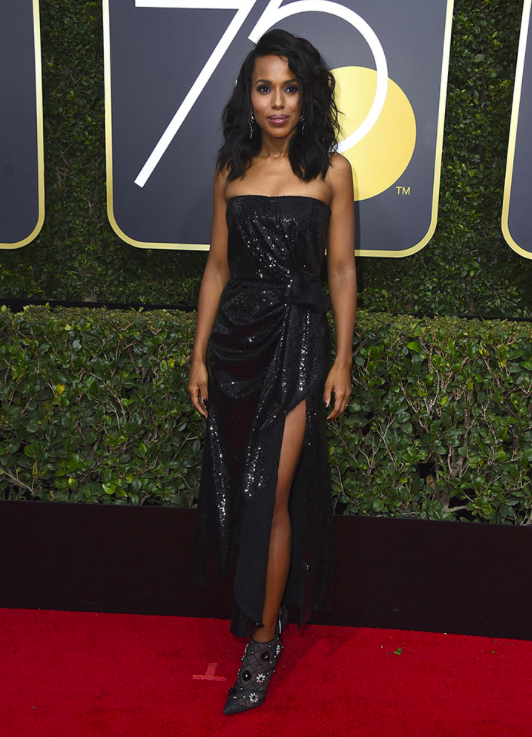 An effortlessly chic Kerry Washington showed up at the Golden Globes 2018 red carpet draped in a shimmering Prabal Gurung (@prabalgurung) dress with thigh-high side slits. 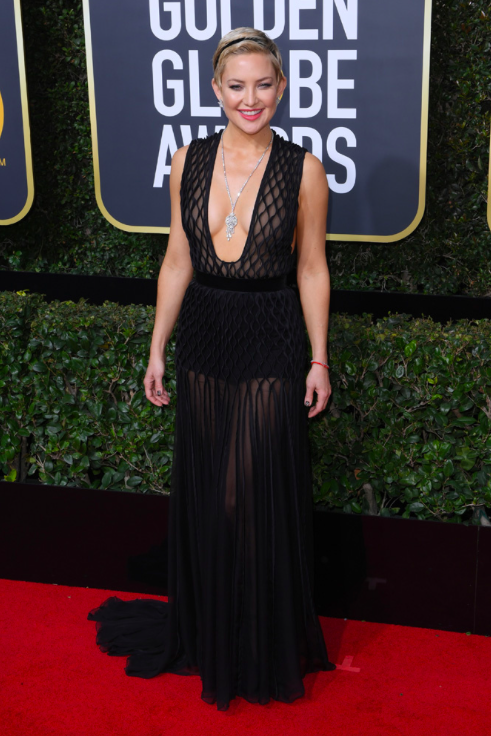 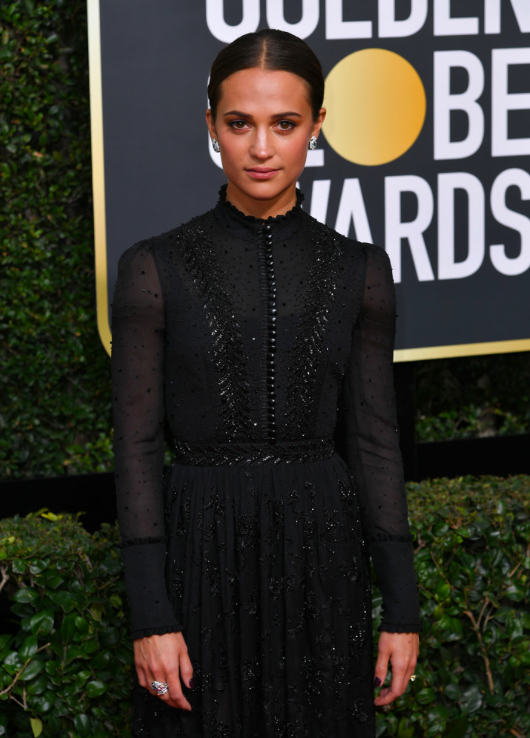 We’re getting classy vibes from Tomb Raider star Alicia Vikander (@aliciavikanderdaily), who showed up in a black Victorian-influenced dress from Louis Vuitton. (Image from Shutterstock)