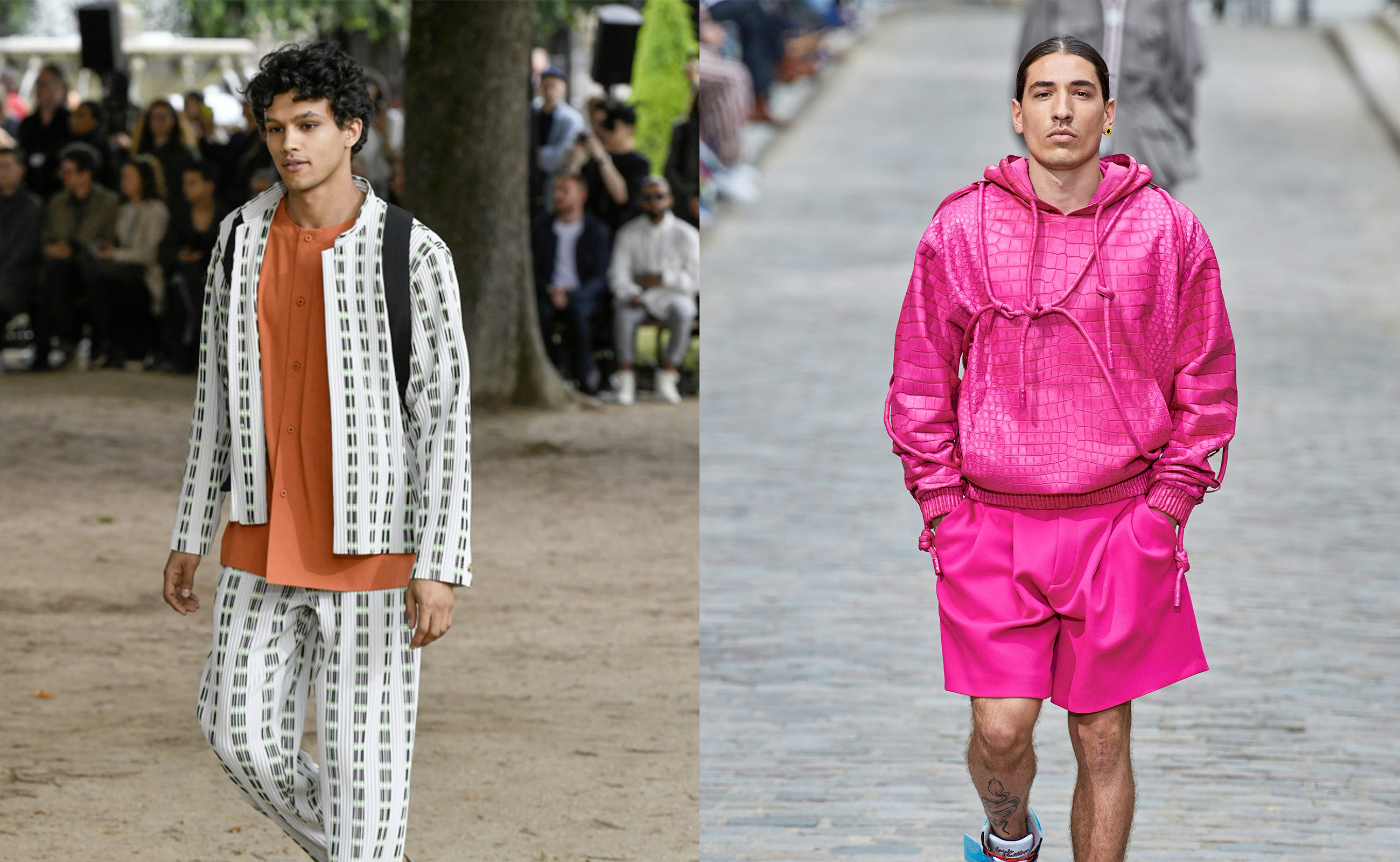 Bystanders stopped and gazed at the sheer spectacle. A bouncy castle, balloon sculptures, Louis Vuitton-branded flags and even a Louis Vuitton crepe stand populated the Place Dauphine — a normally quiet square that is well-known among Parisians as strolling territory. Yesterday Virgil Abloh turned it into a runway, showing of his latest collection. This season, Abloh’s theme was the blooming flower. He used it literally in flower garland accessories and in prints of flower bouquets on loose silk twill shirts and on silk hoodies with a street-wise edge. But he also used it metaphorically to produce a show that was, at its heart, all about growing up as a boy and developing a personal identity. “Through the stages of boyhood, young men’s encounter with clothes and fashion is yet to be influenced by societal programming. Our exploration of dress codes is still liberated… of social norms, gender conventions,” Abloh said.

Rick Owens said he was triggered on by U.S. President Donald Trump’s policies on the Mexican border wall to explore his own personal Mexican heritage in this season’s show. The references produced a typically funky and complex display, but one that seemed only very loosely based on the Mexican theme. A key look was the sharp-shouldered tailored silhouette, often against a bare chest. It featured sometimes with dazzling sequins that Owens said were “like the folkloric skirts my mom wore in school pageants growing up in Puebla, Mexico.” Long hair with a centre-parting, perhaps a nod to Native American styles, featured alongside large leather platforms, a bold take on the proportion of a cowboy boot. The logo of the migrant farmers, whose flag featured an Aztec eagle, was featured across overshirts and T-shirts.

Miyake’s party in the park

If the setting of one of Paris’ most beautiful squares seemed grand, the occasion — the runway debut of Issey Miyake’s newest line Homme Plisse — was an appropriate one. It was a show unlike any other. Models danced with umbrellas, ran, played soccer, tied ribbons around a multicolored maypole and, at the end, embarked on an all-out park carnival, replete with a musical band and drummers. Popping colours — cerise pink, bright medium blue, lavender blue, straw yellow and Venetian red — added a summer’s lift to simple silhouettes that let the pleats do the talking.

Bejewelled red loafers and shoes glimmering with silver leather tassels and speckles of paint were among the newest design ideas by famed shoemaker Christian Louboutin. The French fashion star showed off his spring 2020 designs during a celebrity-filled circus-themed soiree Wednesday night at Paris’ Funfair Museum. Guests were munching on popcorn and cotton candy and played wooden fun fair games. Some posed for selfies with performers on stilts, while others tried their best to avoid clowns who were juggling fire. Nineties pop singer Robin S of “Show Me Love” fame had revelers hitting the dance floor in a party that went way past already-fatigued fashionistas’ bedtime.