Fashion trends come and go, that is just how the world works. The same goes for beauty trends, usually occurs during fashion week as well. However, fashion trends are an integral part of society especially for fashion-forward people who are always looking for the next big breakthrough. London Fashion Week Fall/Winter 2019 had all the glitz and glamour of your usual fashion week looks, which is something many can look forward to in the coming months.

As its name suggests, the Fall/Winter 2019 collections for London Fashion Week featured plenty of muted colours. Black leather was a prominent piece, appearing on various runways throughout the week after spending some time in New York. Plaid also played an important role during the Fall period — further solidifying the Brit’s adoration for plaid.

These are some of the trends that made an appearance during the London Fashion Week Fall/Winter 2019.

Patchwork has been a constant staple piece for British fashion, especially during the Fall/Winter period. Because of this, it made appearances throughout London Fashion Week 2019 in multiple runways. Brands like Burberry, Molly Goddard, and Roland Mouret paid tribute to patchworks by featuring it in their respective collection. While many would slate puffer jackets due to its ‘fresh off the boat’ look, give it into the arms of a high fashion connoisseur and they would pull it off spectacularly. However, padded outerwear has been all the rage over the past few seasons with numerous showings on the catwalk. This time around, it becomes more of a statement piece with its abnormally large cutting. Burberry is one of the few to be able to pull it off alongside Christopher Kane and ASAI. Plaid has been a part of British culture for the longest time, making its first-ever appearance in the region of Scotland to differentiate between the various districts within it. Plaid kilts have long been a tradition in Scotland, which eventually boiled over the British high fashion over the years. The likes of Victoria Beckham, JW Anderson, and Alexachung pulled off the plaid look extremely well. Each piece breathed new life into plaids with good usage of colour contrasts. Black leather is one trend that never needs a resurgence because it has never died down. Whether its black leather coats or leather jackets, this is one fashion trend that isn’t going anywhere anytime soon. It made its way across the Atlantic Ocean from New York City and onto the runways of London. The likes of Simone Rocha and Preen by Thornton Bregazzi placed their own twists on a flowing black leather coat while Margaret Howell kept it clean and simple with your basic black leather jacket, topped with a fur collar and sleeve cuffs. 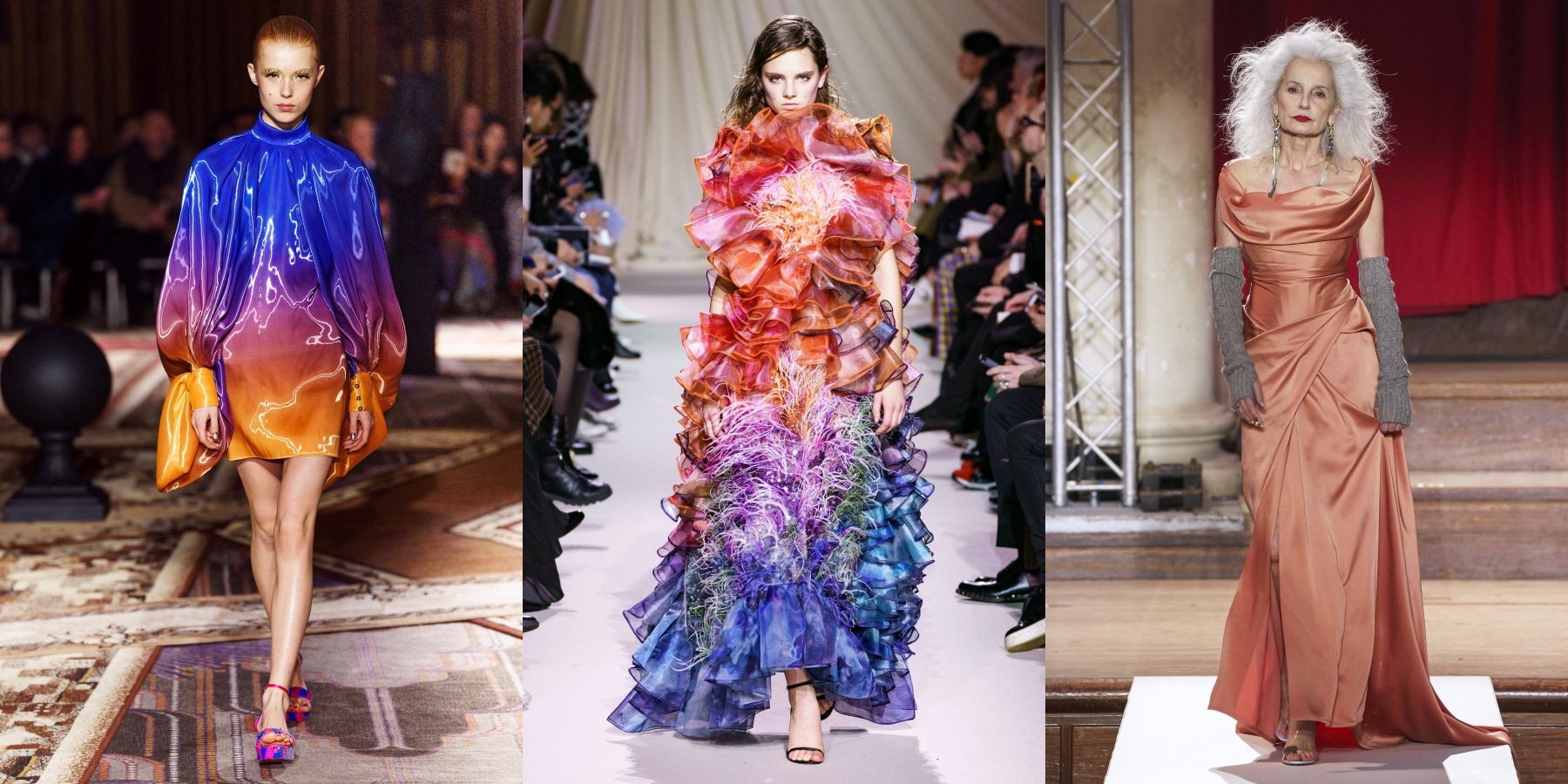 It wouldn’t be London Fashion Week without any statement pieces and boy were there aplenty. The use of colours was a sight to behold with the likes of both Halpern and Mary Katrantzou knocking it out of the park. The former went with an iridescent spectrum while the latter decided to go with feathers and frills to combine with its colour palette. Lastly, Vivienne Westwood stuck with a single tone of bronze gold.

Victoria Beckham Burberry Mary Katrantzou Vivienne Westwood Christopher Kane Preen by Thornton Bregazzi London Fashion Week Simone Rocha Roland Mouret jw anderson fall winter 2019 FW 2019 molly goddard asai alexachung
Wi-Liam Teh
Senior Writer
Wi-Liam is a geek at heart with a penchant for tattoos. Never without a drink in hand (preferably whisky, gin, or Guinness), he is also a writer by day and a keyboard warrior by night. On his day off, he masquerades as a streetwear and sneakerhead enthusiast while his bank account says otherwise.
Tech Cars Watches Entertainment Food Drinks