Space age sunglasses have come a long way since the 60s when it started being popularised in the media. It was a decade of wonder; when humanity made its first steps on the moon and inspired a host of outer space-themed movies such as Star Trek and Planet of the Apes.

That phenomenon soon spread to fashion and one of British supermodel Twiggy’s most iconic looks was a close up shot of an asymmetrical pair by Pierre Cardin.

Today, it’s a look that hasn’t gone out of style. In fact, all signs point to a comeback as more celebs in recent times are seen wearing these futuristic shades. The Hadid sisters, and Lily Rose Depp for instance took their pair to Cannes Film Festival. And let’s not forget Rihanna’s space age sunglasses — a collaboration with Dior released last year.

While we wouldn’t recommend them for everyone, the truly bold and confident can wear them to clubs (at your own risk) but given our intense tropical climate, putting on a pair as you pound the streets would make more sense. After all, what good would a pair of sunglasses do if they’re not used to to shield our eyes from the blazing sun? Here’s our list of space age sunglasses that could soon be yours. 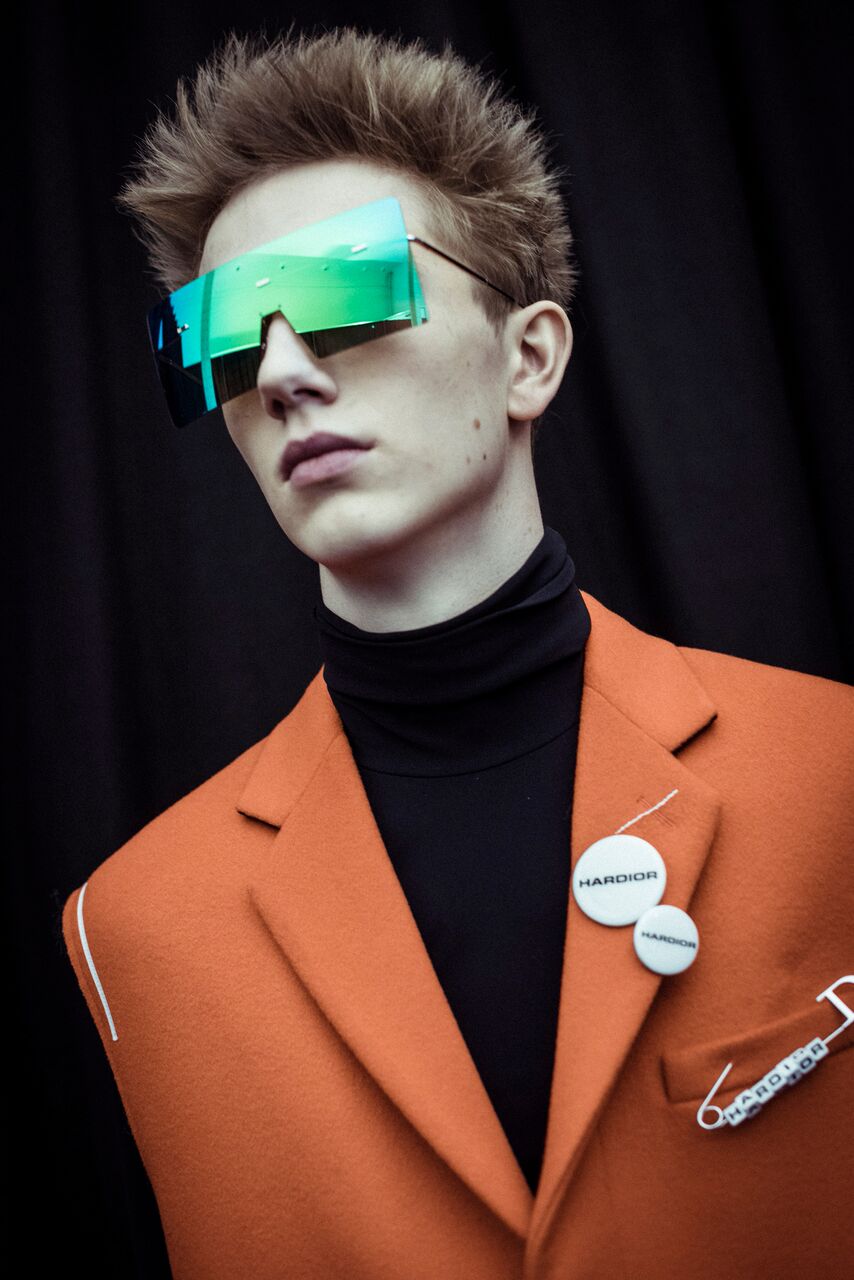 This one is for the Daft Punk fans. Released for Dior’s Winter 2017 show, the Hardior resembles a flat rectangular mask, and comes in orange, green, and grey. The lenses are mirrored to ensure 100 percent UV protection, and the silver-tone metal structure is lighter than it looks. Despite its cutting edge design, the collection still keeps to its strong brand aesthetics as the matt black lacquered end tips is cut in the emblematic Dior Homme style. White frames are all the rage now, and we love these angular cat eye ones from Linda Farrow. Fashioned from hand polished baby pink Italian acetate with complementing solid grey nylon lenses, these sunglasses are just the thing if you’re gunning for a glamorous mod getup.

Available at Linda Farrow for RM1,118. 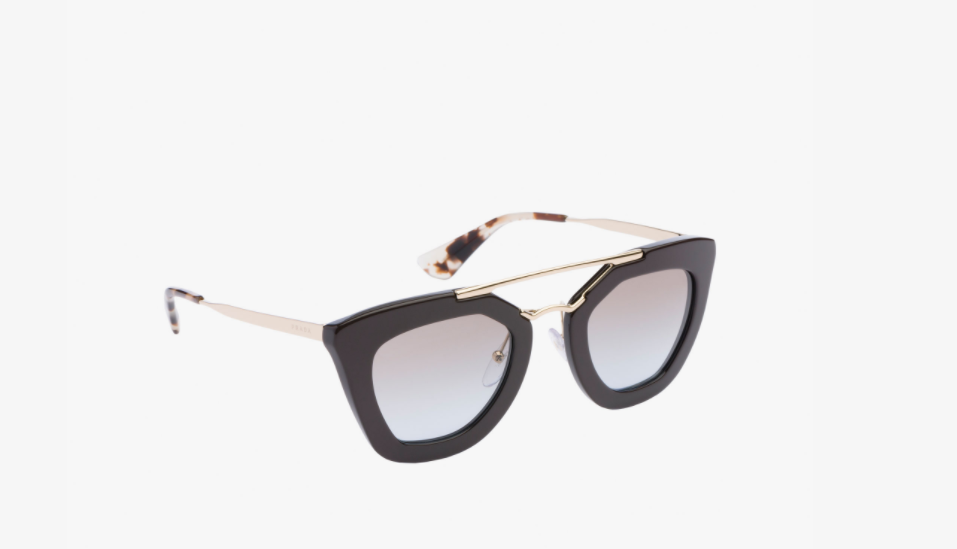 Those who prefer thinner temples on their sunglasses could opt for the Prada cinema — an aviator inspired piece that takes the form of cat eye lenses but with acetate frames. It comes in gradient tainted shades which makes it the perfect pair if you’re not one for reflective surfaces. We love the play of shapes on these Bulgari piece for its round frames punctuated with the angular trademark of cat eyed lenses. The shades are slightly oversized which makes it perfect for days when you want to make a bold fashion statement while chilling out by the pool. 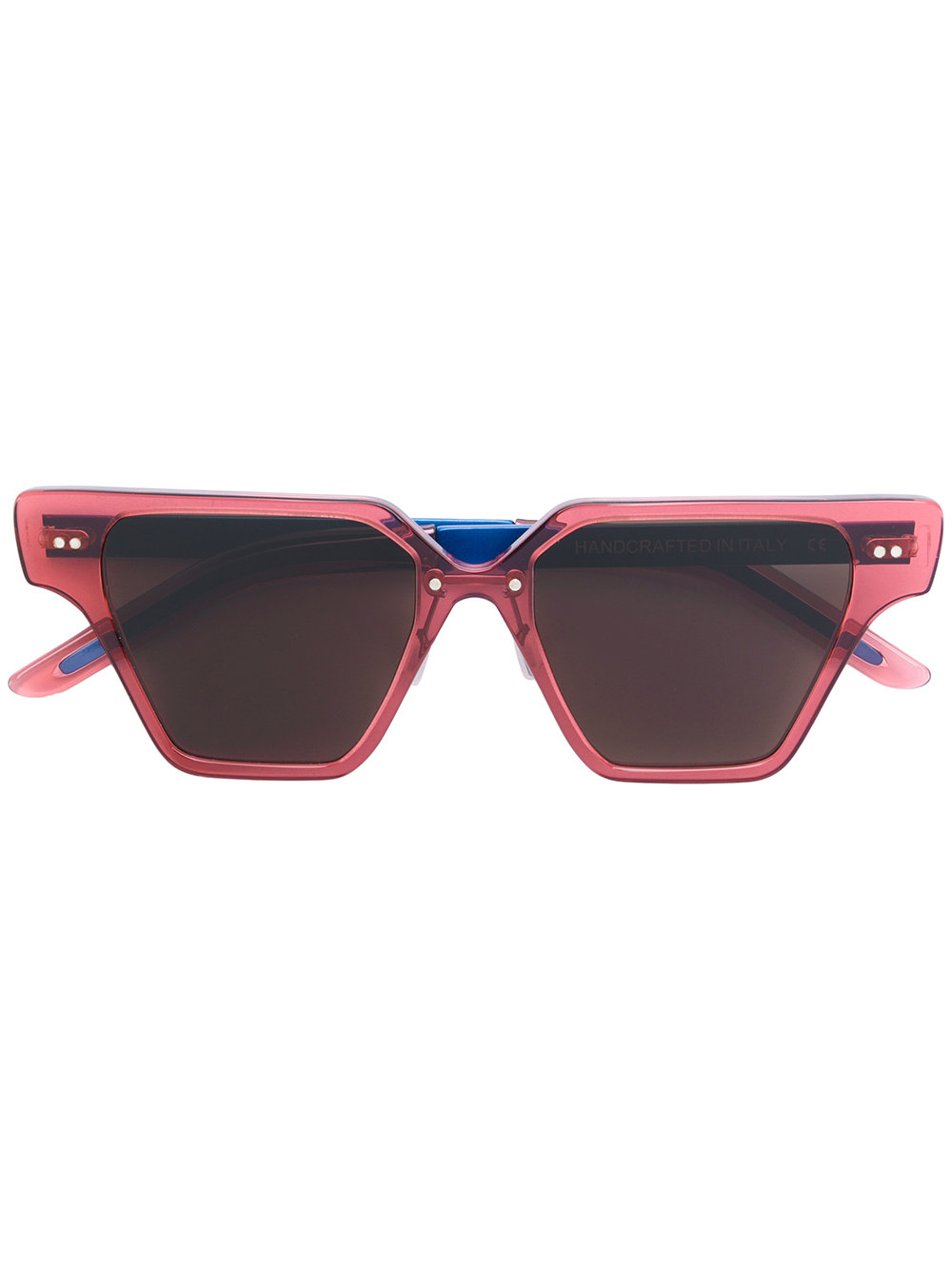 Travel into the future with these raving pink and blue steel geometric Cheetah Flamingo sunglasses. The shape and colours scream space-age and futuristic so pair them with a pant-suit and you’re ready to go.

Beauty & Grooming
Beauty Buys: 5 new beauty releases to get your hands on this June 2020
Food & Drink
The Conditional Reviews: Dining out at Nadodi KL during the CMCO
Style
Gucci hits the court with a Tennis Clash collaboration
Gear
These wholesome video games will nurture and relax you
Style
An official look at the Nigo x Virgil Abloh LV² capsule collection
Beauty & Grooming
Sulwhasoo unveils a newly upgraded First Care Activating Serum
Style
Louis Vuitton introduces the LV Pont 9, a new leather bag for all occasions
Beauty & Grooming
6 tutorials on how to achieve the trendy foxy eye makeup
Living
A complete guide to all alternative milk varieties
Sign up for our newsletters to have the latest stories delivered straight to your inbox every week.