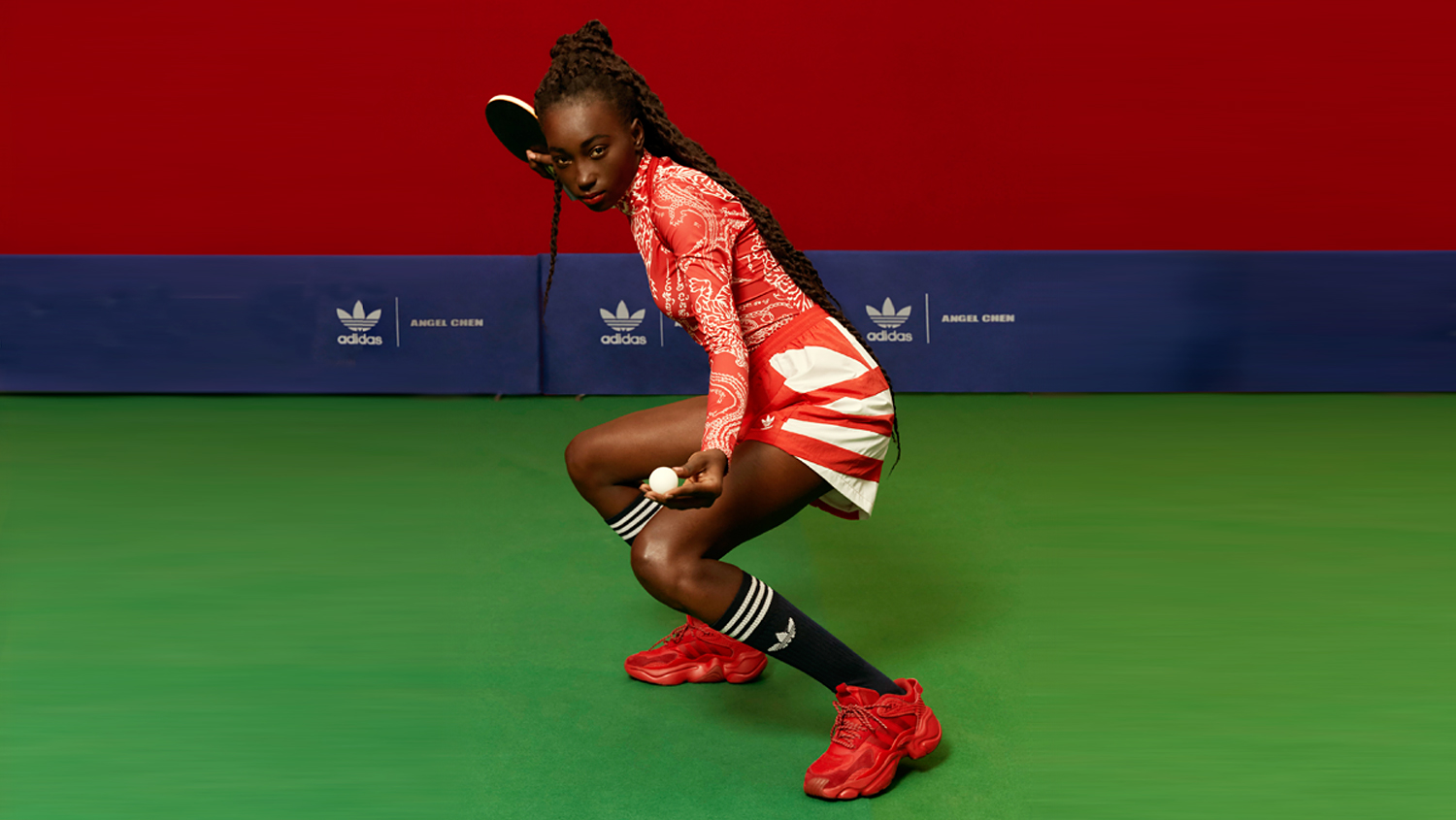 Everybody was kung fu fighting.

Most of you would recognise Chinese fashion designer Angel Chen as one of the ‘dragon princesses’ from Netflix’s Next in Fashion competition (the other is, of course, Minju Kim), but those really in the know will recognise that Chen got her break long before the fashion reality show.

The Central Saint Martins graduate established her eponymous brand in 2014 following internships at high-profile brands in New York. Her work was quickly noticed by industry leaders such as i-D, BoF and Forbes, which praised her talent and distinctive East-meets-West aesthetic that is — as she self-proclaims — “innovative, colourful, unrestrained and expressive.”

Named one of the hottest rising stars in the global fashion scene, Chen was recently invited by Adidas to come up with a collection of four new footwear styles that channel the bright and playful mood of the 80s and 90s. For example, the Sleek Super comes in black and white versions, featuring a minimalistic upper while splashes of rainbow colours — inspired by Chinese calligraphy — appear through the thick semi-translucent outsoles.

The same Eastern influence extends throughout the collection. You’ll find it on the tongue and vamp of the rugged all-weather Kiellor, available in two iterations: multicoloured or all-blue with a cool white speckled midsole. It also appears on the bright yellow Ozweego, adorned with black ink blotches and base. Meanwhile, the blacked-out version of the latter features eye-catching colour-block embellishments, featuring bright hues taken from the standard belt colour system of traditional Chinese martial arts.

There is also the Magmur Runner, which draws inspiration from another significant sport in China: ping pong. The shoe features a retro-looking chunky silhouette that recalls the rubber layer of a table tennis racket. Just like the Kiellor and Ozweego, the Magmur also comes in two colourways — a monochromatic iteration in scarlet red, and a light grey version topped with flashes of vibrant primary colours — bringing forth the idea of adding colour to what could sometimes feel like a gloomy grey world.

The Adidas Originals by Angel Chen collection will be available for purchase online from 30 May.