Pop culture sneaker collaborations to have in your collection

More often than not, the streetwear scene as a whole are generally accepting when it comes to collaborations with their favourite brands. Whether its clothing labels or sneaker brands, streetwear enthusiasts are more than willing to stand in line for days just to be one of the few to be able to cop a fresh pair of kicks or even the latest collection drop.

Nike and Adidas are two of the biggest names in the game right now with Nike dominating the more athleisure approach while Adidas takes a more lifestyle approach to its clothing and footwear. Of course, you can’t leave out the other big players as these are the types of collaboration that make up the masses of the streetwear community.

Because many Nike and Adidas collaborations are sometimes too rare or too exclusive for everyone to get their hands on without shelling out an arm and a leg, this is where brands like Puma, Vans, and Asics thrive on. While the collaborations may not generate the same level of clout or hype Nike and Adidas can capture, it’s more than enough in terms of its sales numbers.

While pop culture sneaker collaborations are still fairly new, it’s safe to say that it is creating plenty of hype along the way. Be sure to scroll down to find out which of these sneakers you should cop next. 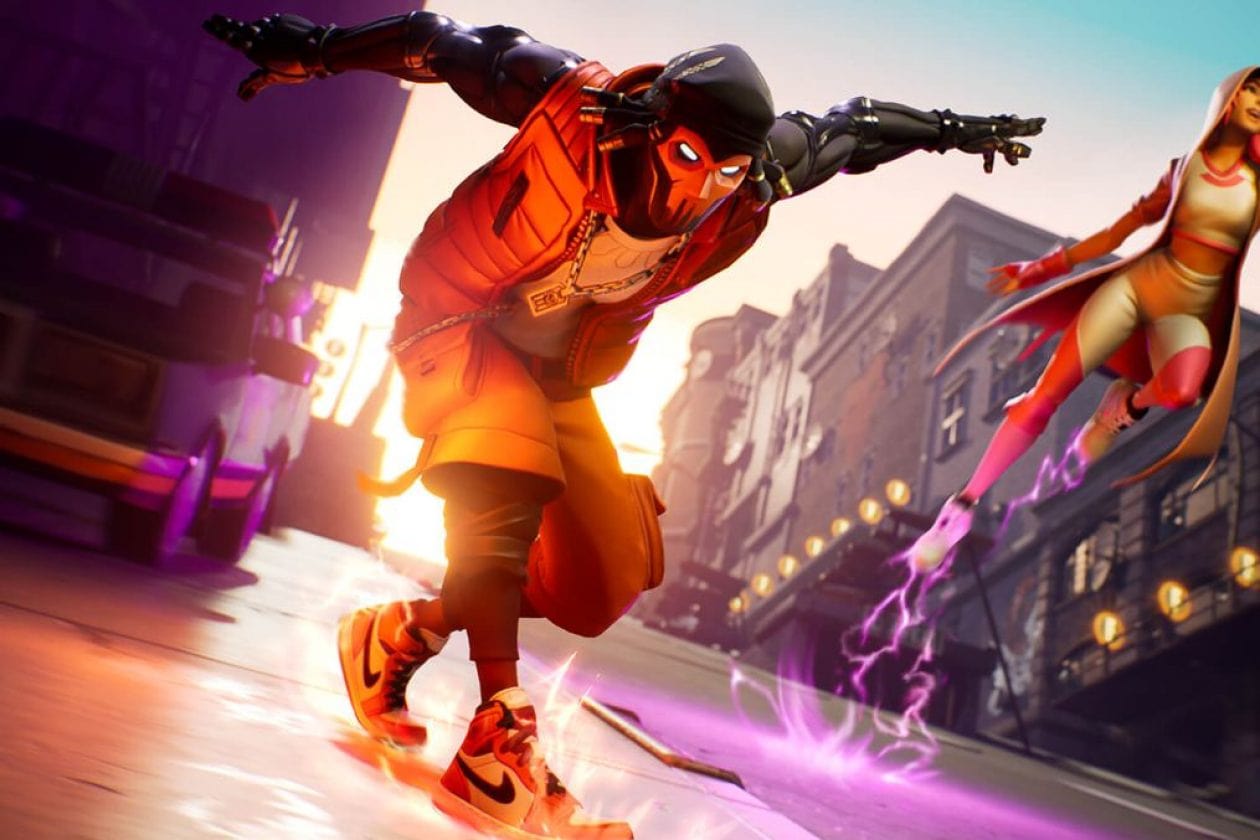 Both Nike and Fortnite are one of the two biggest brands in its market — Nike in all thing apparel and Fortnite in the battle royale video game segment. It only seemed natural to have both parties form a partnership and it’s one that nobody can actually physically own. With Fortnite’s gameplay having a heavy emphasis on in-game cosmetics and skins, the Nike x Fortnite collaboration will see the introduction of two new characters sporting Nike’s very own Jordan line of sneakers, which includes many colourways of the classic Air Jordan 1. These skins are now available only on Fortnite for a limited time only and it wouldn’t be the first time Fortnite has collaborated on such projects. Last year, it teamed up with the National Football League (NFL) to bring virtual jerseys into the game.

Skechers follows along a similar path with Adidas when it comes to collaborating with popular Japanese animated TV series. While the latter went with Dragon Ball Z, the former decided to collaborate with none other than the characters from One Piece. This collaboration between Skechers and One Piece introduces the same pair of sneakers but in seven different colourways to match the character. This allows you to perfectly decide on your favourite pair to go along with your favourite character from the TV series. Onitsuka Tiger is a subsidiary of its parent company, Asics, which is well-known throughout the world of sneakers and streetwear. This is the first time the Japanese brand has ever collaborated with a video game while it’s the second one on this list. The video game in question is Street Fighter V, a cult classic in the video game industry. To sweeten the deal, Onitsuka Tiger chose one of the most iconic characters to model its sneakers — Chun-Li. The shoe in question is the Onitsuka Tiger Mexico 66, an icon in its own right and it has been redesigned to reflect Chun-Li’s signature outfit of yellow and blue in two different styles.

Adidas is another brand that has propelled itself to being one of the very best in its industry. It’s known for breaking the mould when it comes to introducing new technology into its clothing and sneaker line (think boost and 4D printing).  The Dragon Ball Z collaboration goes down to be one of its best for Adidas. This partnership with one of the most loved Japanese animated TV series brought seven different pairs of Adidas sneakers, all with a distinct colourway to match a specific character from the show. A cool nod towards the the show is also evident in the shoe boxes, which when stacked together create an original illustration of the Dragon Ball Z characters from the manga. 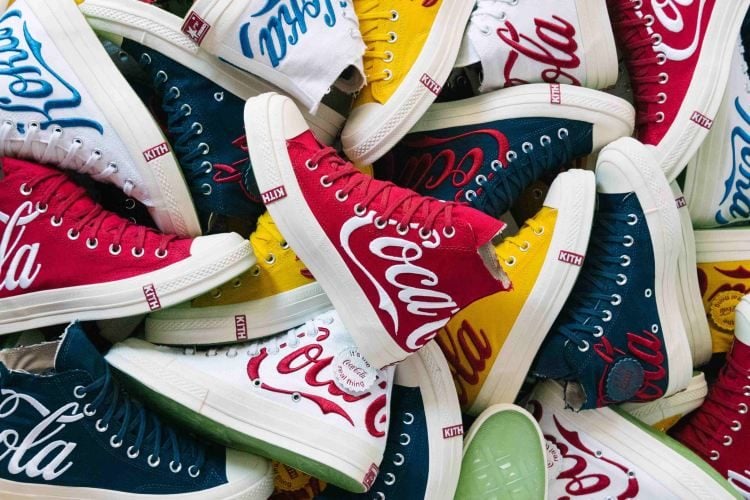 Streetwear retailer KITH is no stranger to collaborations with the likes of Versace, Tommy Hilfiger, and Greg Lauren. However, it’s partnership with both Converse and Coca-Cola is a unique take on what a triple threat looks like. Having already collaborated with both brands on separate occasions, KITH brings both parties on-board for a single co-collection by plastering the soda conglomerate’s logo on the Converse Chucks 70. The sneakers are available in four colourways as well as having Coca-Cola written in four languages: English, Russian, Chinese, and French.

Adidas Nike Onitsuka Tiger Kith Converse sneaker collaborations pop culture sneaker collaborations skechers
Wi-Liam Teh
Senior Writer
Wi-Liam is a geek at heart with a penchant for tattoos. Never without a drink in hand (preferably whisky, gin, or Guinness), he is also a writer by day and a keyboard warrior by night. On his day off, he masquerades as a streetwear and sneakerhead enthusiast while his bank account says otherwise.
Tech Cars Watches Entertainment Food Drinks

Feel cool for the summer in the Staud x New Balance 3.0 collection

Are jelly sandals back in style this summer? Yes, they are