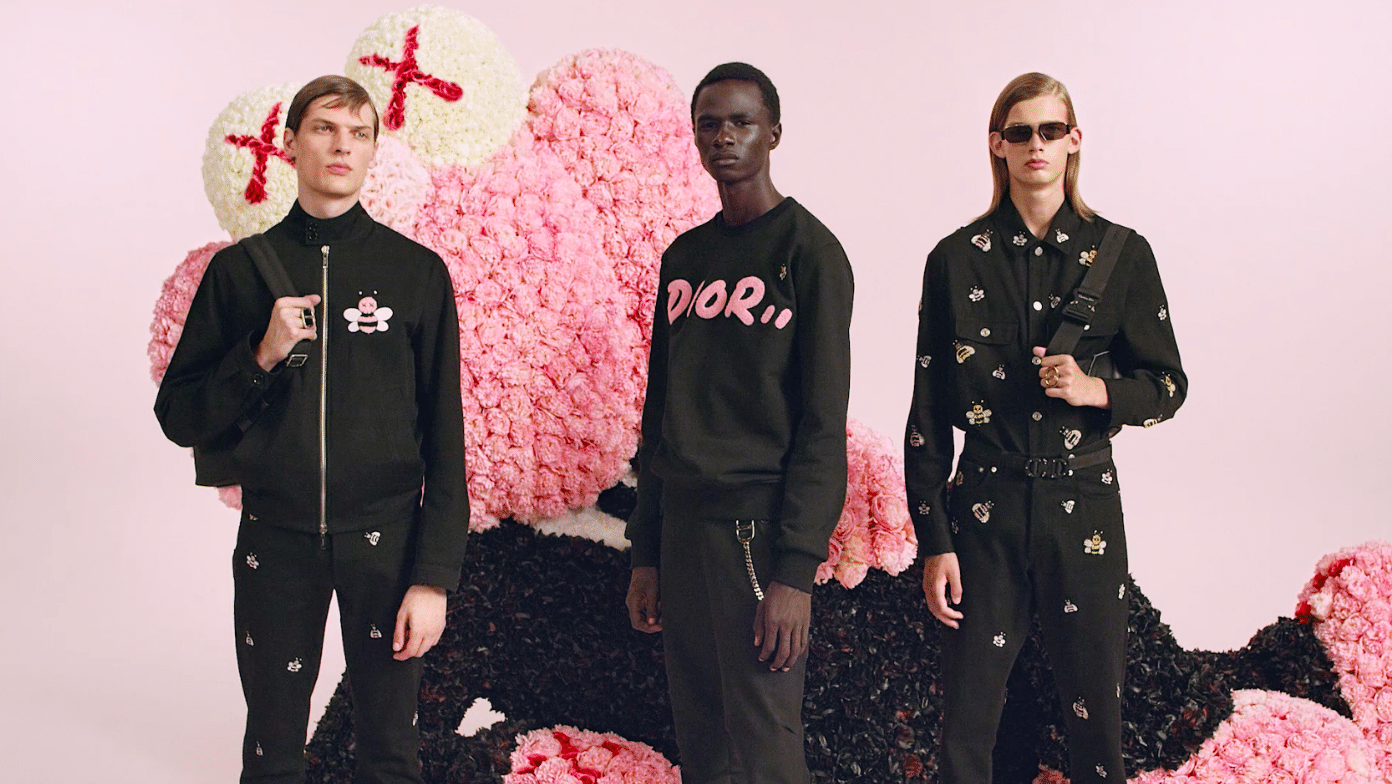 Kim Jones has always had his finger on the pulse of zeitgeist. His debut collection for Dior Homme in June 2018 is said to have liberated the house of Dior from its conformist approach in fashion design – breaking away from its clean lines and structure with a new interpretation of romance.

In between the pastel suits, laced blousons, and floral prints, Jones rattled through the nuances – how he had toile de Jouy patterns made to imitate the fabric on the walls of Christian Dior’s first boutique in 1947; why the bee motif represents a symbol Dior used in 1955; and why rose pink suits popped up. Monsieur Dior was after all, a rose fanatic.

Jones threw in delightful morsels for the millennials with his first capsule collection, which celebrates the man of today who enjoys freedom and fun, with an energetic dash of irony.

The Dior Summer 2019 Men’s Capsule collection, which will be available in Kuala Lumpur on 11th January 2019 includes CD-logo stud earrings and cute crystal-studded KAWS bee pins by Yoon Ahn, as well as sunglasses and utility buckle belts by Matthew Williams of Alyx.

Jones commissioned the artist KAWS to reimagine the iconic bee in a more playful and offhand way. Along with the Dior name, the two elements were featured prominently on t-shirts, trousers, backpacks and pouches.

He also revisited the craftsmanship of the 17th-century Boro style embroidery technique on casual pieces like jeans, shirts and blousons. Japanese selvedge denim is embroidered with coloured threads and left intentionally visible on the blue or grey denim to simultaneously give a ‘couture’ and vintage vibe.

The saddle bag, which was one of the biggest fashion cults in 2018 for women’s fashion is also being reinterpreted for the first time by Jones for the Summer 2019 collection. These bean-shaped bag made famous during John Galliano Dio-era also comes in smaller versions with a CD-logo buckle for an extra edge to your day-to-day look.

Expect more also from the Dior Oblique line with sneakers and pouches embodying the asymmetrical cuts of the 1955 Dior couture collection.

Dior Homme Kim Jones Dior SS19 Capsule Collection
Martin Teo
Editor
Martin has a bent for history and food culture, especially of the Peranakan heritage. Since the pandemic, he finds joy in plant parenting and continues to expand his collection of Philodendrons, Anthuriums, and Syngoniums. He's now on a lookout for the elusive Philodendron Florida Beauty to add to his urban garden.
Dining Living Home