The Oscars 2019 have just ceased, and with that comes a series of unexpected wins and twists that will set the tone for the cinematic industry for the rest of the year. Green Book, a film that charts a real-life road trip through the South in the ’60s, won Best Picture despite the controversies surrounding its director and producer — the former came under fire for sexual misconduct while the latter, anti-Muslim sentiments — raising eyebrows across the world. Olivia Colman of The Favourite also won Best Actress, usurping favourite Glenn Close, whose role in The Wife was more than deserving of a win, especially given how the icon has not yet won an Academy Award throughout her prolific career. On the Best Actor front, Rami Malek bags the acclaim after his success at the Golden Globes, BAFTAs and more for the same award thanks to his stellar performance of Freddie Mercury in Bohemian Rhapsody.

The awards ceremony may have had its ups and downs, but the red carpet was filled with moments that left us starry-eyed. Here’s a recap of our favourite outfits this Oscars 2019. The Best Actress nominee for A Star is Born has been fronting some serious Hollywood glamour on the red carpets as of late, including this elegant black gown accented by sleek gloves and a jaw-dropping yellow diamond necklace from the archives of Tiffany & Co. — a piece last worn by Audrey Hepburn. All-velvet tuxes were a menswear mainstay on the red carpet this evening. Here’s Stephen James from If Beale Street Could Talk rocking a maroon version. 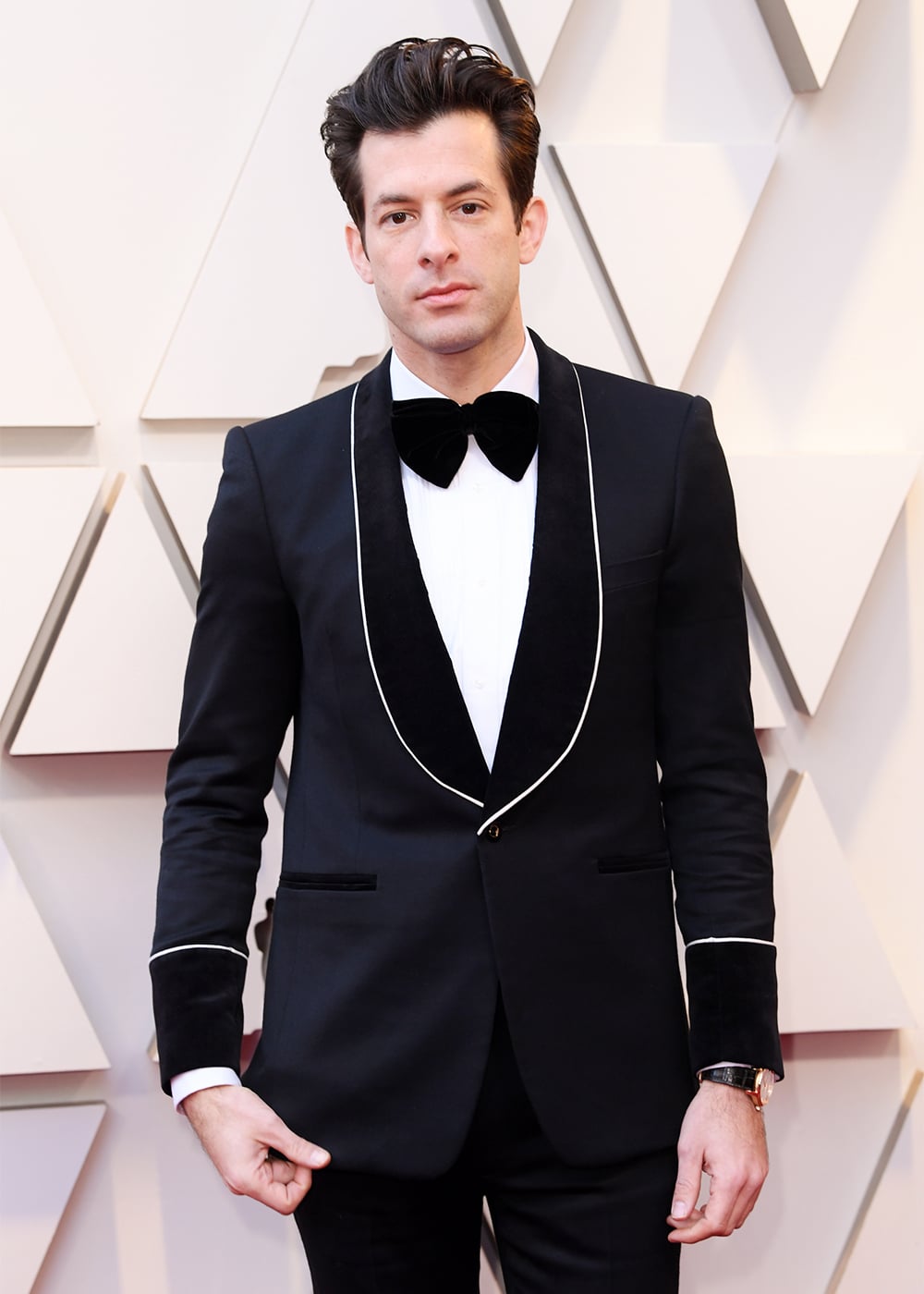 You know Mark Ronson from top hits like Shallow and Nothing Breaks Like A Heart, but this campy tuxedo gives us plenty more to remember the producer for.

The most talked about outfit tonight definitely goes to Pose star Billy Porter, who made all heads turn with his Christian Siriano tuxedo gown. 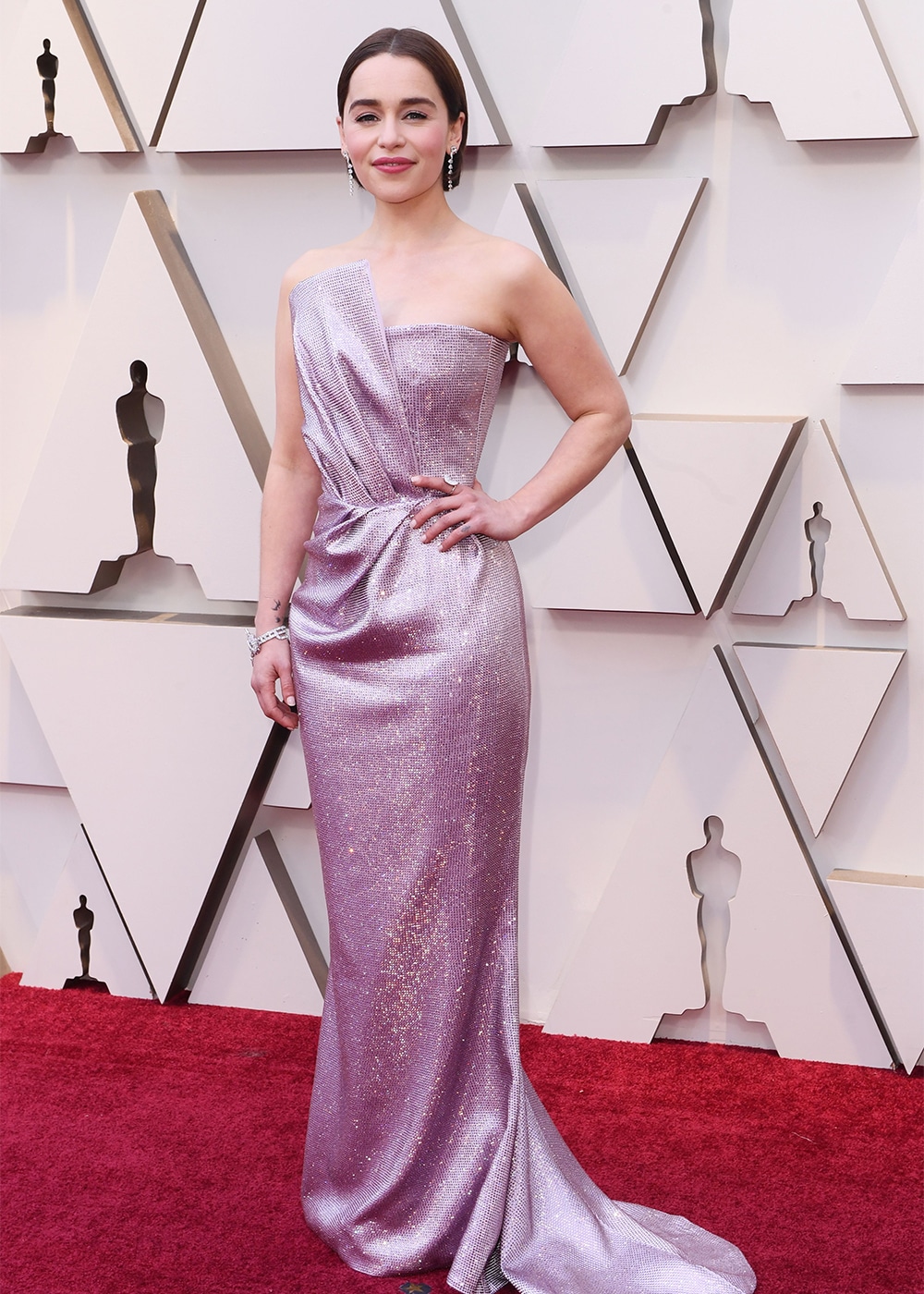 Emilia Clarke is an ethereal dream in this iridescent purple custom Balmain gown with gold flecks from Swarovski crystals sewn onto the body. 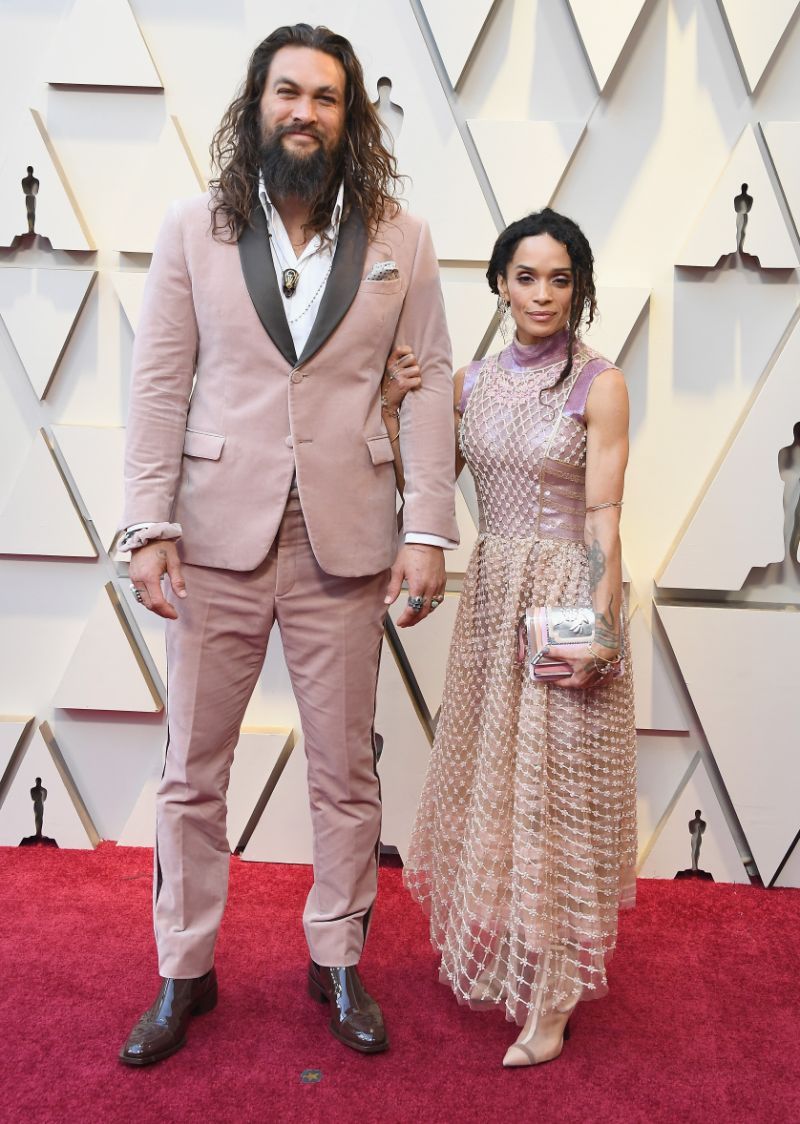 Glenn Close goes for gold in this fluid gown by Carolina Herrera, which reportedly weighs 42 pounds. 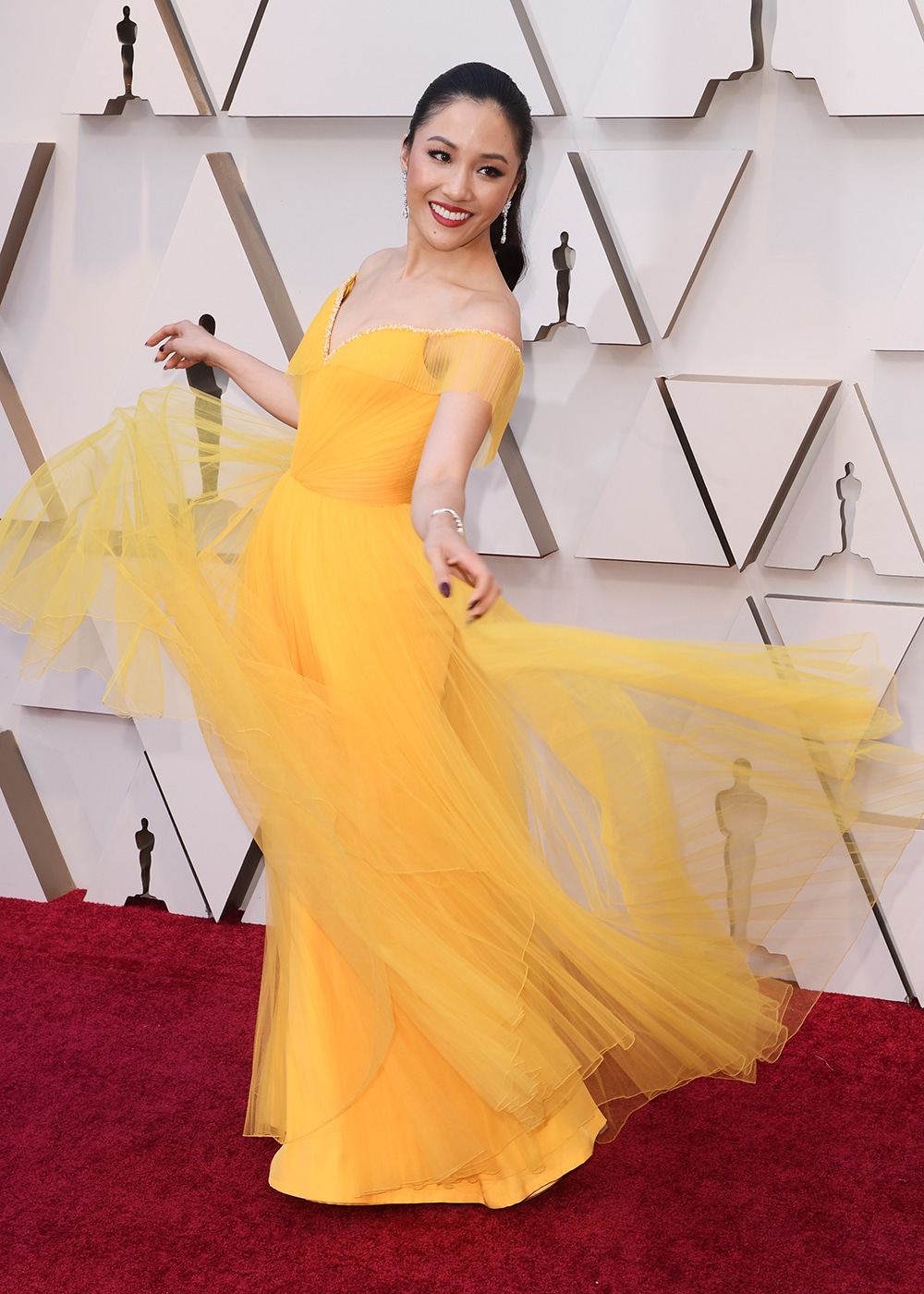 The Crazy Rich Asians lead actress is a ray of sunshine in this sunny yellow ensemble dressed in tulle. 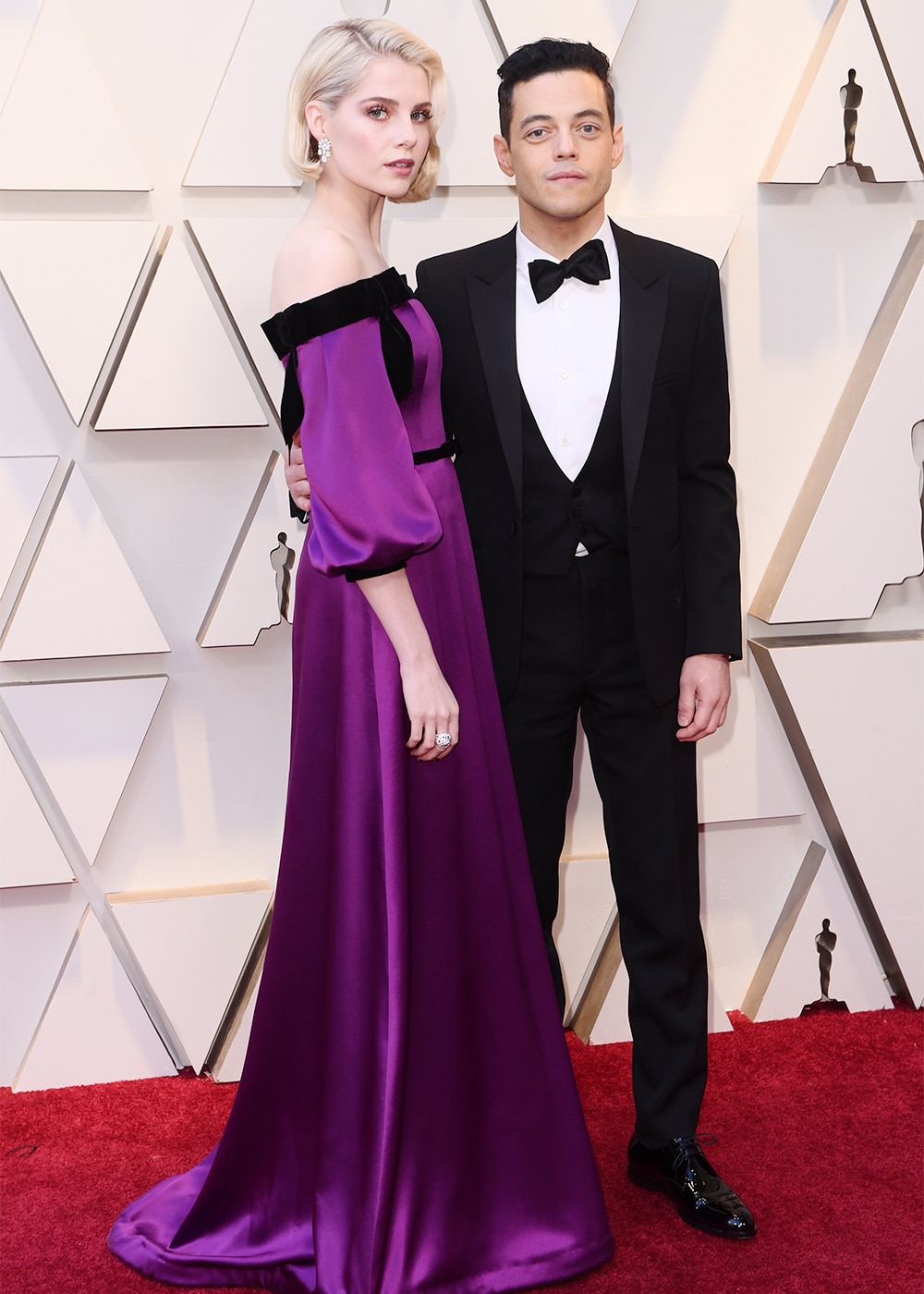 The Bohemian Rhapsody couple is a portrait of elegance on the red carpet.

Red Carpet Style oscars 2019
Beatrice Bowers
Features Editor
Beatrice Bowers writes about beauty, drinks, and other nice things. When not bound to her keyboard, she moonlights as a Niffler for novels and can be found en route to bankruptcy at your nearest bookstore. Don't tell her boss.
Drinks Beauty