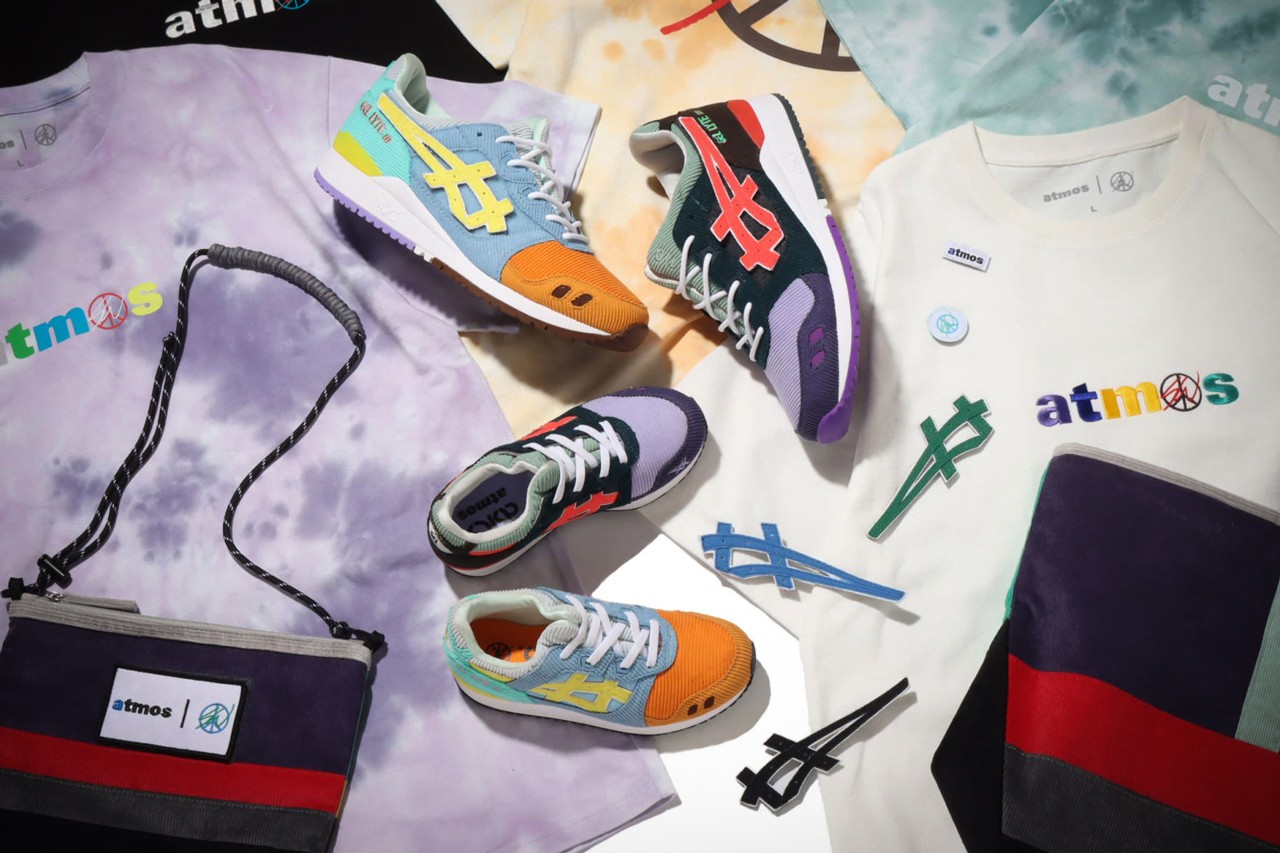 The GEL-LYTE III OG is one of Asics most popular sneakers and it now comes in a new colourway thanks to Sean Wotherspoon and Atmos.

This celebratory collaboration marks two special anniversaries: it commemorates the 30th anniversary of the GEL-LYTE III OG as well as the 20th anniversary of Atmos. As for Sean Wotherspoon, many already know him as the owner of vintage sneaker and streetwear store, Round Two.

Of course, there’s no forgetting his work with Nike on a special Air Max Day sneaker, which won numerous ‘Sneaker of the Year’ awards back in 2018.

Much like his Air Max 1/97 design, the GEL-LYTE III OG upper will feature corduroy, a signature staple of Wotherspoon. Each shoe will pay homage to a specific city — the right shoe represents Los Angeles with bright hues and vibrant florals. As for the left shoe, it takes after downtown Tokyo, which was visualised by Atmos.

Another key design feature that is signature to Wotherspoon is customisation. The sneaker comes with five interchangeable Asics stripes in different colours. It also has a tear-away Sean Wotherspoon and Atmos patches, all of which can be moved around thanks to the use of velcro. There will also be three different sets of laces to go along with the shoe for greater customisation.

All images courtesy of Asics Malaysia and Atmos.

Sneakers Asics sean wotherspoon atmos
You might also like ...
Style
Chase the clout during COVID-19 with these streetwear face masks
Culture
Styling tips on how to give yourself a hypebeast home makeover
Culture
#BlackAF talks about slavery amidst its mockumentary-style setting
Style
Check out our step-by-step guide to cleaning your sneakers
Wi-Liam Teh
Senior Writer
Wi-Liam is a geek at heart with a penchant for tattoos. Never without a drink in hand (preferably whisky, gin, or Guinness), he is also a writer by day and a keyboard warrior by night. On his day off, he masquerades as a streetwear and sneakerhead enthusiast while his bank account says otherwise.
Tech Cars Watches Entertainment Food Drinks