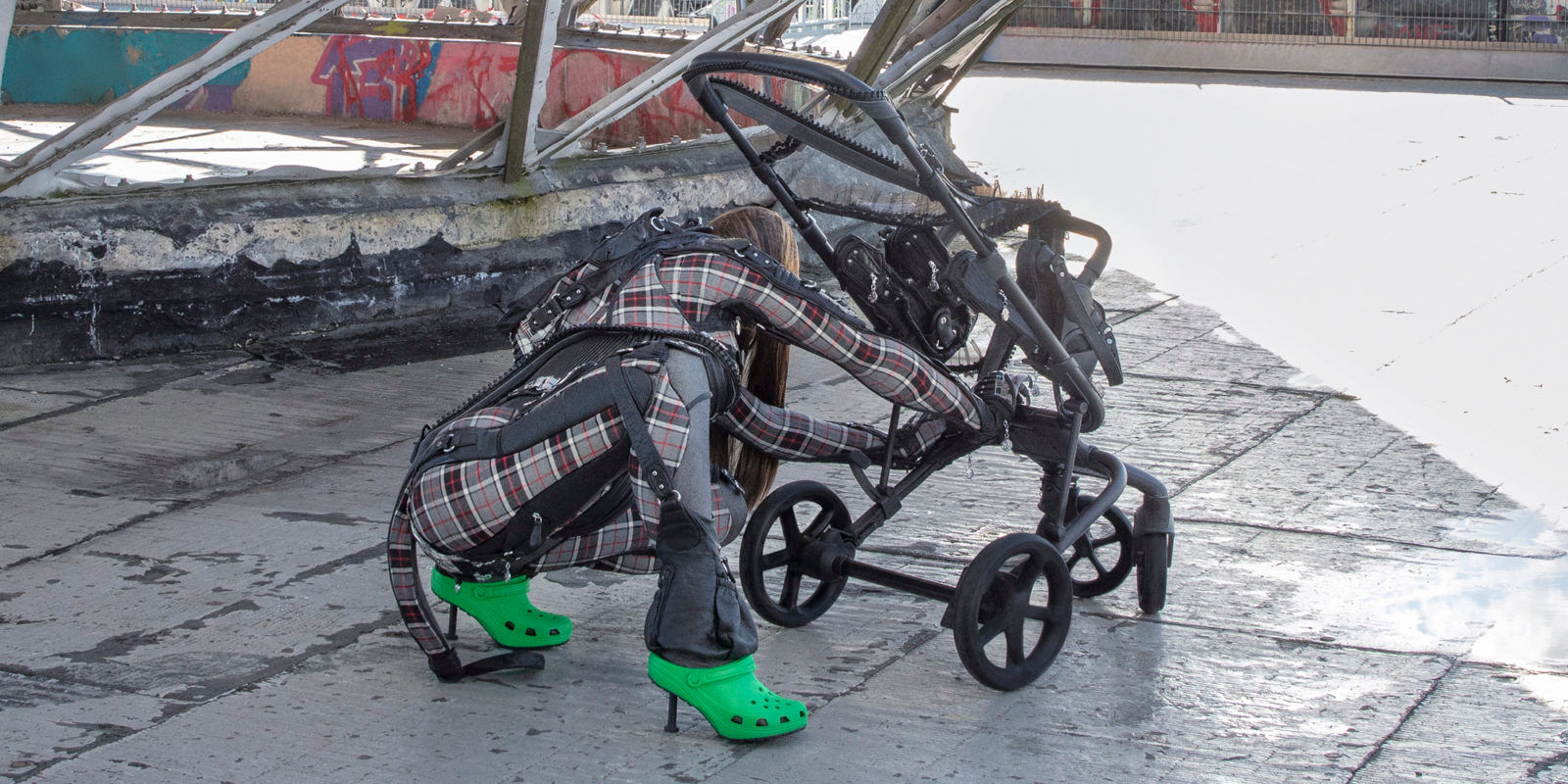 Balenciaga Crocs Stiletto? If you dig it, why not?

The new silhouettes — named Crocs Boots and Crocs Madame (get it?) — are even more bizarre than the last drop of platform shoes, but yet still manage to perfectly encapsulate both brands’ identities. Their outlandish aesthetics were brought to life with a campaign by mixed media artists Anna Uddenberg and Kristina Nagel, who used contorted body parts, repurposed fashion items and more Crocs to create a world described as “combining the alien with the familiar”.

Both custom sculptures were staged and photographed by Nagel on the streets of Berlin, but if you were hoping to see them in person, you’ll have to make your way to the Balenciaga boutiques on London’s Sloane Street and New York’s Madison Square.

If you’re in the market for just the very cool shoes, however, both the Crocs Boots and Crocs Madame have dropped in Balenciaga boutiques and online, and will retail for HK$5,800 and HK$5,200 respectively.

Scroll down for a closer look at the Balenciaga Crocs 2.0 collection, and shop the shoes online here

(All images courtesy of Balenciaga)

Fashion Style Balenciaga Footwear Crocs lab report
Shatricia Nair
Managing Editor
Shatricia Nair is a motoring, watches, and wellness writer who is perpetually knee-deep in the world of V8s, tourbillons, and the latest fitness trends. She is fuelled by peanut butter and three cups of coffee a day.
Motoring Wellness Watches Beauty Style
Sign up for our newsletters to have the latest stories delivered straight to your inbox every week.

From Chanel to Gucci: 10 classic handbags that last a lifetime