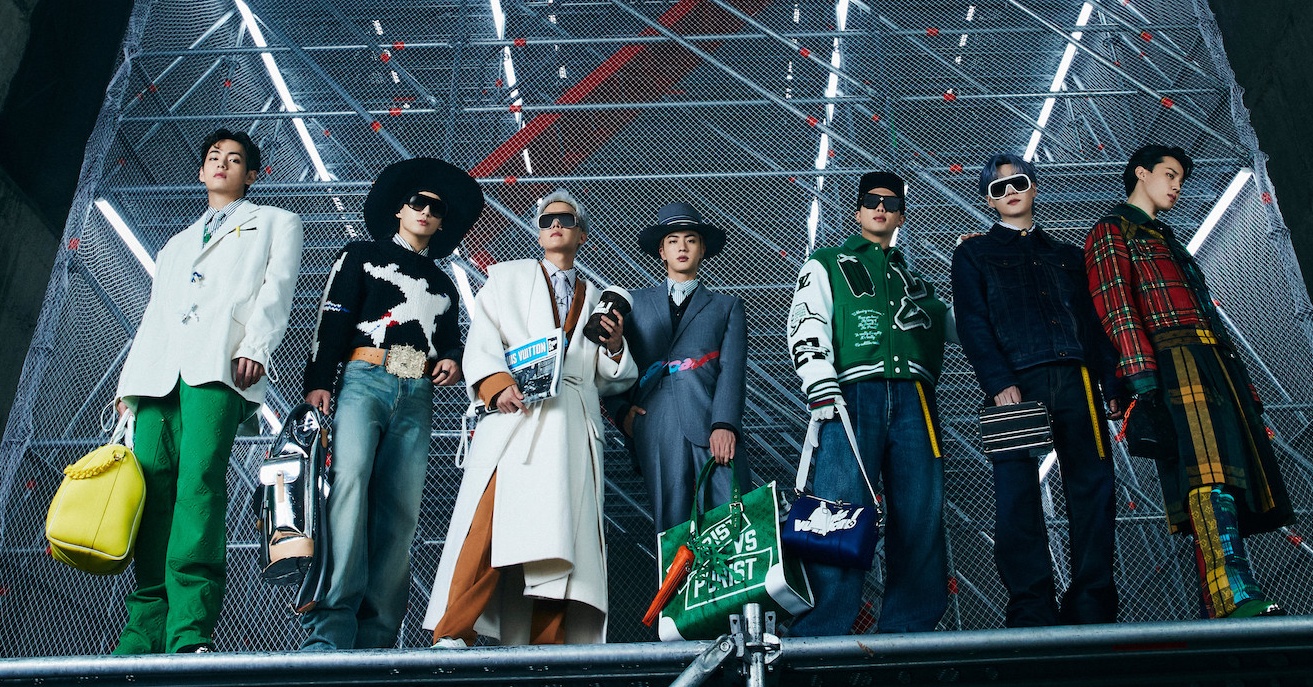 Did you catch BTS making its runway debut at the Louis Vuitton F/W 2021 show?

Style
Did you catch BTS making its runway debut at the Louis Vuitton F/W 2021 show?
Share this article
Next article

Are you ready to fall in love with BTS all over again?

In the ultimate crossover between high fashion and K-Pop, BTS have modelled for the new Louis Vuitton men’s fashion show.

All seven members of the South Korean boyband appeared in Louis Vuitton’s Fall/Winter 2021 menswear show in Seoul, officially marking their runway debut. The fashion show, a spin-off of the one that was held by the French luxury brand earlier this year, was presented through a fashion film by Korean director Jeon Go-woon, titled “Hope”.

The film was livestreamed across Louis Vuitton’s social media channels, following teasers featuring BTS members. Set in Art Bunker B39, a repurposed bunker that now serves as an art and culture space outside of Seoul, the film opens with the first look: a marble-print suit and a pair of gold, monogrammed sunglasses, sported by BTS singer Jimin.

The film then follows the group’s leader, RM, who models a long coat adorned with airplanes — a key motif of the travel-inspired collection that was designed by creative director Virgil Abloh. The rapper also carries a silver monogrammed briefcase, one of the collection’s standout accessories.

The other BTS members follow suit, spruced up in the collection’s coats or tailored ensembles as they move through the industrial art space. Notably, rapper Suga sports a suit paired with white and green LV trainers, the same sneakers that his fellow member J-Hope wore to the Grammys red carpet earlier this year. Both Jungkook and Jin showed off the season’s latest leather bags, while V held the Louis Vuitton coffee cup, crafted from the French brand’s Monogram Ebene leather.

While BTS modelled looks from the original Louis Vuitton F/W 2021 men’s collection, there were also several new looks spotted on the other models in the fashion film.

The film marks the first of many “exciting projects” with BTS that Abloh had promised were in the works, after the K-Pop group joined Louis Vuitton’s star-studded list of ambassadors back in April. The South Korean superstars already had an affinity with the French fashion brand, having worn Abloh’s street-meets-luxe menswear designs in past public appearances like the Grammys. Most notably, the music group also performed in Louis Vuitton looks in their record-breaking music video of “Dynamite”, their first single entirely in English.

BTS is also a familiar name within the larger sphere of luxury fashion, having sported looks by Dior, Gucci and Saint Laurent for their concerts and red carpet appearances. They’ve previously modelled for ad campaigns, but this is the first time the Big Hit boyband has ever hit the runway. And it might not be the last, if the success of the spin-off show is anything to go by — it has already racked up over 1.7 million views on YouTube.

“I am looking forward to this wonderful partnership which adds a modern chapter to the House, merging luxury and contemporary culture,” shared Abloh earlier this year. “I can’t wait to share all the very exciting projects we are working on.”

Louis Vuitton Virgil Abloh bts FW21
Lifestyle Asia
Here's where you can read the latest news and stories from Lifestyle Asia and our sister titles PrestigeOnline and Augustman, curated from all of our editions in Hong Kong, Singapore, Kuala Lumpur, Bangkok and India.
Luxury