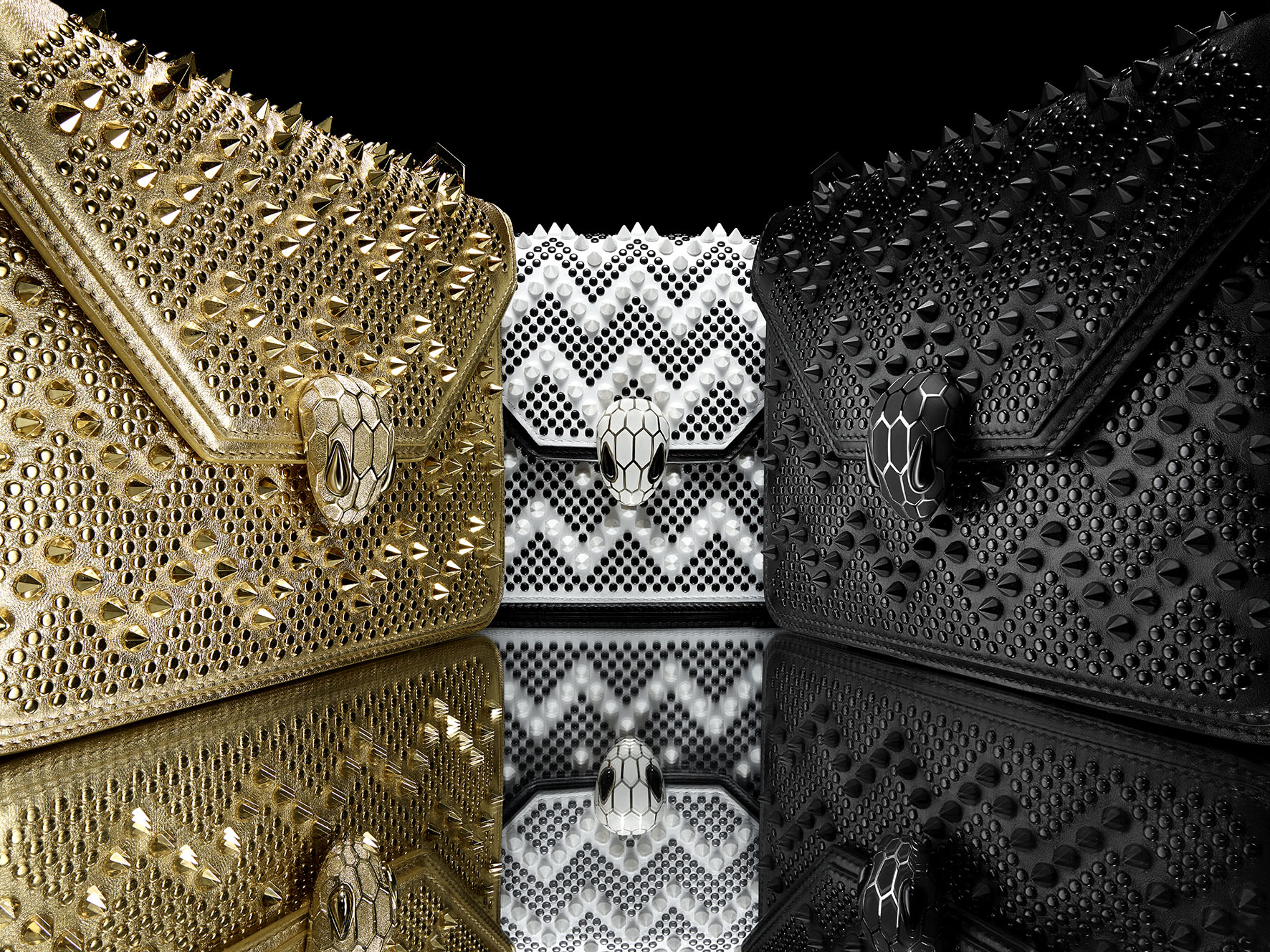 Another season, another collaboration. But Nicholas Kirkwood dipping his toes into a bag-making journey with Bulgari? Groundbreaking, and we mean this sans Miranda Priestly sarcasm.

The British shoe designer’s moniker is synonymous with his footwear empire. Casually drop his name alongside the word “sale” in a conversation and there will be high chance of visible, wheeze-triggering panic attack symptoms from the other party. And although that scenario may be a bit of a stretch, it’s true that Kirkwood’s irreverent-edged heels are what ‘It’ girls’ dreams are made of.

When designing, his creative ethos has always been about pushing the boundaries and constantly innovating — and here’s where the similar-minded Bulgari comes in. Lending his visionary eye for a series of Serpenti Forever bags, Nicholas Kirkwood teamed up with Italian luxury house Bulgari to reinterpret their snake-clasped classic.

The outcome is a range of Serpenti Forever leather goods taking on four forms comprising a cross-body bag, backpack, envelope clutch, and wallet on chain. As expected from the ever-unconventional Kirkwood, these arm candies are made to stand out in the most crowded of rooms: Festooned with a splendour of studs patterned in a zigzagging motif to evoke the movements of a serpent, these hypnotic creations come in black, white-black, royal sapphire blue, spinel pink and gold.

Kirkwood pinpointed his inspiration as his visit to Bulgari’s Serpenti Form showcase in Rome, which exhibited how the iconic snake motif has inspired a mélange of creatives ranging from sculptors to filmmakers. Seeing craftsmen breathing life into eclectic rare gems at the house’s jewellery atelier in Rome made a major mark on the shoemaker too.

“I created the chevron [V-shaped] patterns using rubberised studs, which have faceted ends that reminded me of diamond settings and some of the spectacular gemstones I had seen in the Bulgari High Jewellery atelier in Rome,” said Kirkwood.

The limited edition Bulgari x Nicholas Kirkwood collection will be available at Bulgari’s The Shoppes at Marina Bay Sands boutique come September or October. Prices range from S$1,470 to S$3,980.