Home > Style > Fashion > We should all be feminists, Dior explores in its new book with Maria Grazia Chiuri 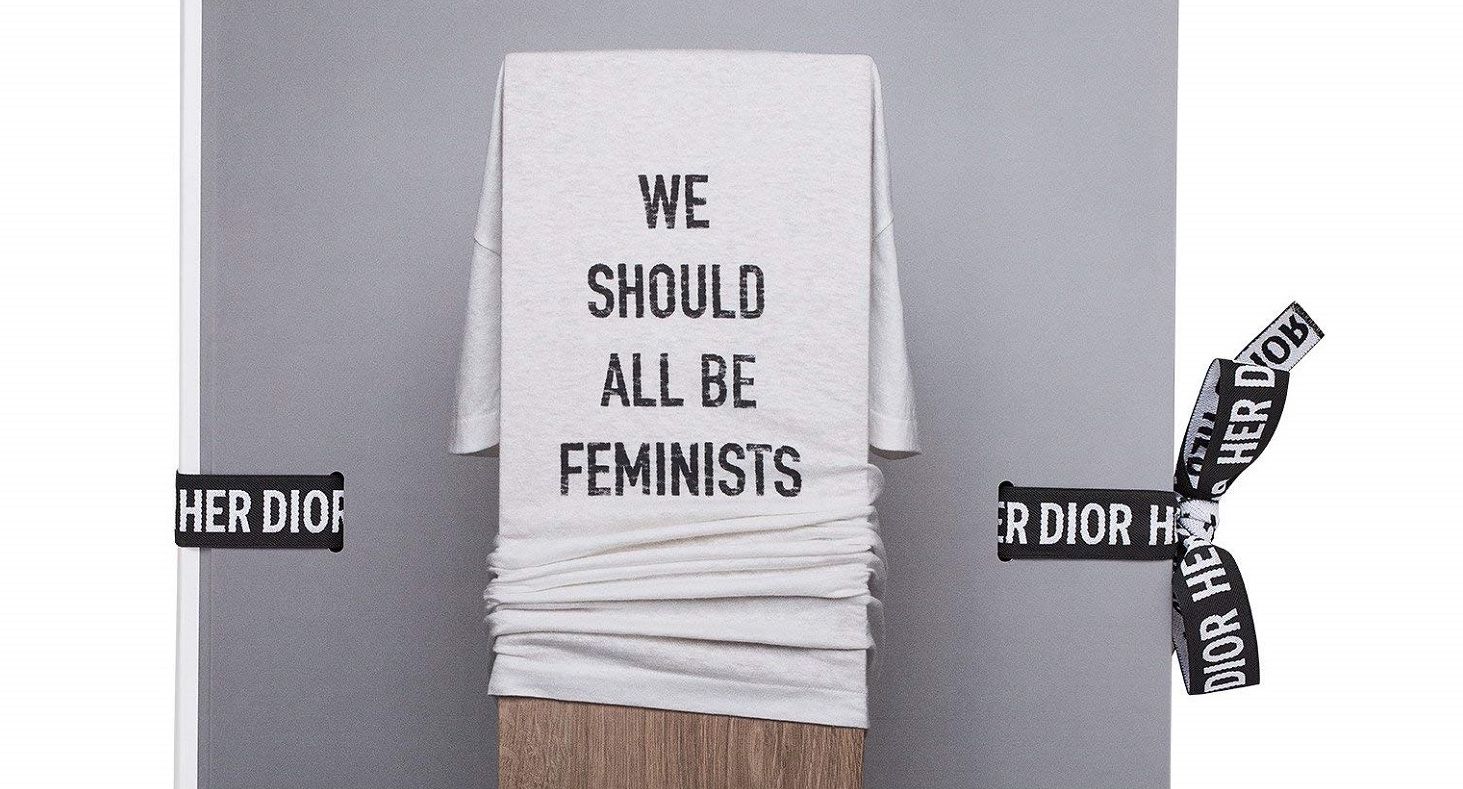 We should all be feminists, Dior explores in its new book with Maria Grazia Chiuri

Style
We should all be feminists, Dior explores in its new book with Maria Grazia Chiuri
Share this article
Next article

Make room for your next favourite coffee table book.

How do women see Dior? A new book attempts to answer this question by putting the work of the French house’s creative director, Maria Grazia Chiuri, in front of the lens of some 30 renowned women photographers.

Maria Grazia Chiuri, the first woman to hold the position of artistic director at Dior, is constantly striving to change the way we look at women and fashion. At the presentation of her first collection for the French house in 2017, she made a lasting impression with a white t-shirt marked “We should all be feminists”. A slogan borrowed from Nigerian writer Chimamanda Ngozi Adichie sets the tone: for Maria Grazia Chiuri, the Dior woman is feminine, but above all feminist.

This militant t-shirt is now on the cover of “Her Dior: Maria Grazia Chiuri’s New Voice”, which will be released on March 2 by Rizzoli New York. The 240-page book features a selection of photographs and essays that pay tribute to the Italian designer’s feminist commitment to Dior. Fashion lovers will be able to discover photos by some 30 women photographers, including Nan Goldin, Sarah Moon, Brigitte Niedermair, Zoë Ghertner and Bettina Rheims. Chimamanda Ngozi Adichie, Claire Fontaine, Judy Chicago and Tomaso Binga have lent their pens to write quotes and poems around these photos.

“My dream, my aspiration is that we women should look at each other with our own eyes. And this is also why I believe it is so important to use a woman’s eye in the images that talk about all of us,” writes Maria Grazia Chiuri in the book preface, according to WWD.

“Her Dior: Maria Grazia Chiuri’s New Voice” is a continuation of “The Female Gaze” podcasts, in which British journalist and author Charlotte Jansen gives the floor to women close to the Dior universe, including Maria Grazia Chiuri. A series based around the view of women. The “female gaze” claims a woman’s point of view, where attention is focused on women and their life experiences. A defiant reference to the dominance of the famous “male gaze,” inherited from several centuries of male control over art.

Fashion Style Dior Entertainment Books
Staff Writer
Style
Sign up for our newsletters to have the latest stories delivered straight to your inbox every week.

Father’s Day Gift Guide 2022: The best gifts for every type of dad