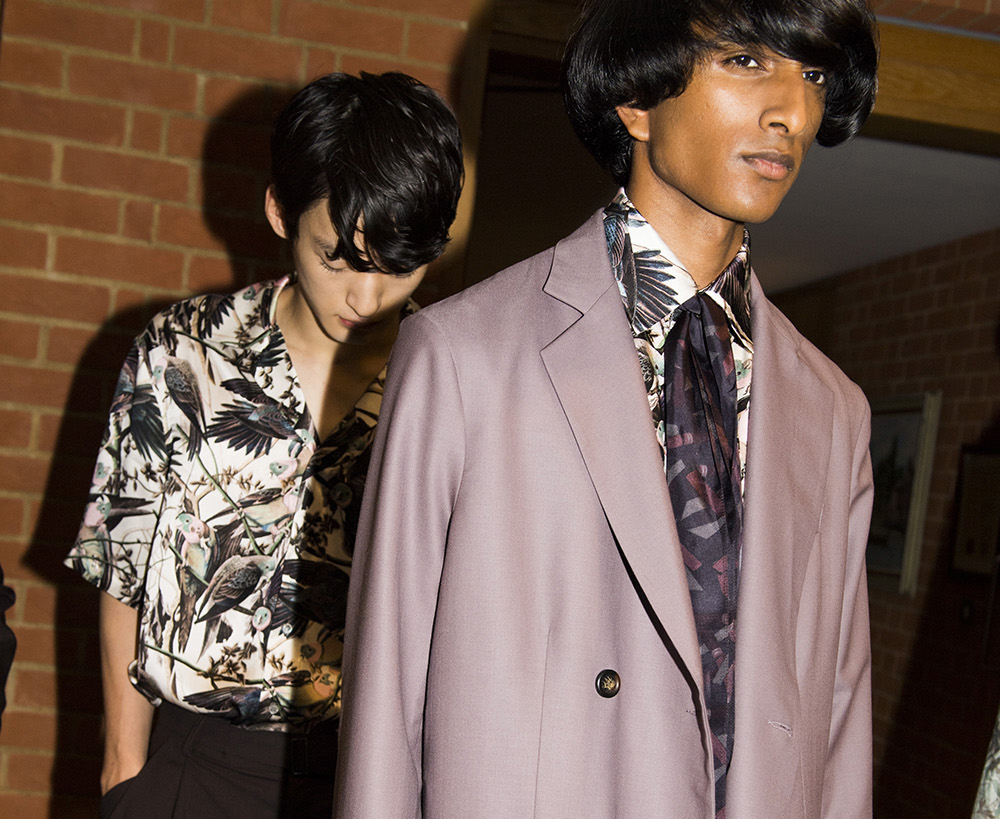 Before we move on to Milan Men’s Fashion Week, let’s recap some of the most exciting things that took place in London during its Men’s Fashion Week. A couple of designers made their political angst clear on the catwalk especially with no resolution to Brexit in sight at the moment in the UK. But for most, it was a three-day celebration of colours as a gesture of hope and optimism during a time clouded with shades of grey.

The main highlight was obviously Alexander McQueen, which made its return to the London runway after many seasons. Creative director Sarah Burton chose to showcase her Spring/Summer 2020 collection in the English surrounds of Charterhouse, a 14th century complex near its headquarters, presenting a total of 31 looks that resonated with the Fall/Winter 2019 women’s collection showcased in Paris earlier this year.

Traditional tailoring techniques were given an inventive spin in McQueen’s latest repertoire. Heritage fabrics largely sourced from the mills in Northern England were also reinterpreted in various silhouettes from double-layered jackets to wooden pleated half-shirts layered over ankle-skimming pants, a favourite of the late fashion designer himself in the 1990s.

There seemed to also be a strong dialogue now between men’s and women’s fashion with next-gen talents taking over the fashion scene with their own codes of aesthetics. A significant shift from the grunge and goth of British fashion, these upcoming fashion designers are showing how it’s done with a fresh yet unapologetic sensibility to menswear. Take a look at these upcoming menswear designers who are turning the pages of fashion, from London to the world. (Featured image: Jason Lloyd-Evans)

Style
The lowdown on menswear trends for Spring/Summer 2019 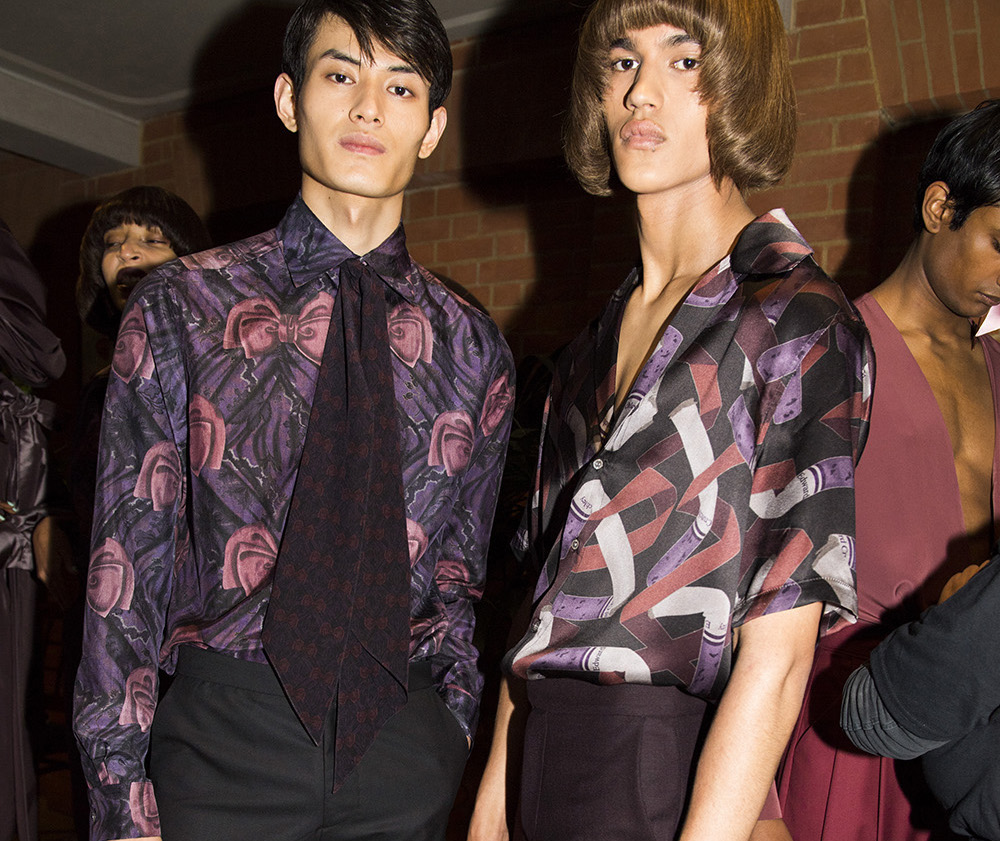 Edward Crutchley, Kim Jones’ longtime right-hand man for nine years, is stepping into the spotlight with a collection that celebrates nostalgia without being nostalgic — a nod to the bourgeois Britain int he 80s and 90s. Power suits in shades of pink and blue, high-waisted pants, and snake-hipped merino tailoring anchors his sumptuous ensemble while suggesting a hint of androgyny in each combination. Crutchley also employs prints — from one with bows and parrots, to opulent jacquard florals. (Credit: Jason Lloyd-Evans) 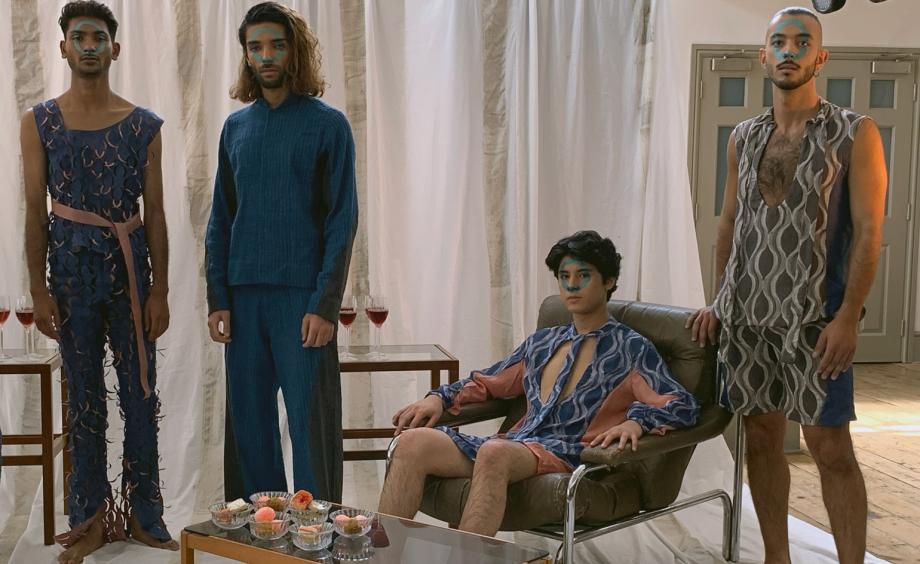 Rahemur Rahman recently came out to his family. And with the weightlessness that he’s feeling, he attributed his latest collection for Spring/Summer 2020 to his Bangladeshi family — his grandparents in 1960s Bangladesh, his father in 1980s London and memories of himself growing up in the 1990s. “It’s a weird mix but every era kept an aspect of home,” he said in an interview with Wallpaper. In this beautiful collection, Rahman introduces traditional printmaking from South Asia into his clothes with textiles inspired by a six-colour woodblock khaki print. It is a clever way of using cultural identity as a pass for freedom rather than a passing fad. His collection has a easy sense of comfort but heavily rooted in his heritage. (Credit: Rahemur Rahman) 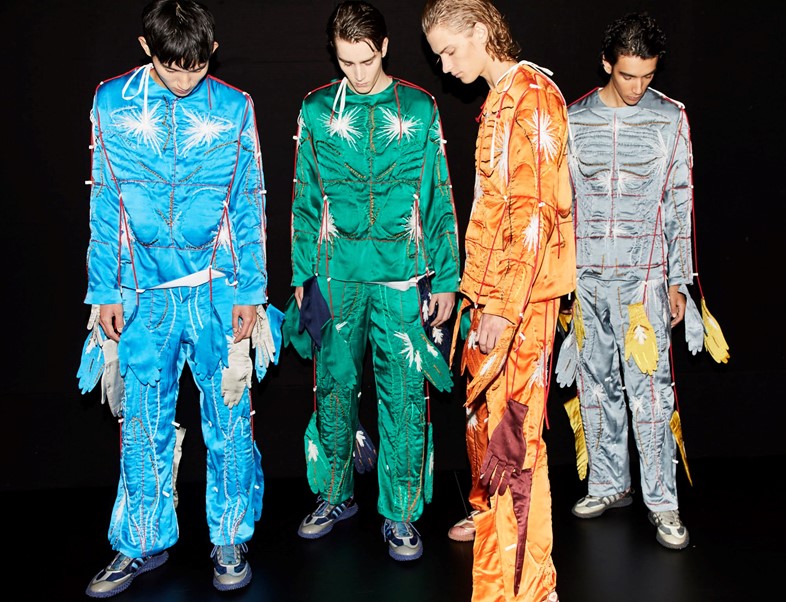 The past few years have seen London’s next-gen menswear talents seizing the runway with an upbeat energy in functional fashion and one breakout star is Craig Green. Green focuses on the construction of his outfits — more specifically, what defines the man he’s designing for. The affable London-born designer combines his imaginative aesthetics with commercial nous in his utilitarian work wear that is heavily influenced by the idea of the nomadic community. This Spring/Summer 2020 presentation comprises boxy panelled leather looks, followed by luxurious quilted suits, signature uniform staples and cutout silhouettes inspired by Mexican lanterns. (Credit: Amy Gwatkin) 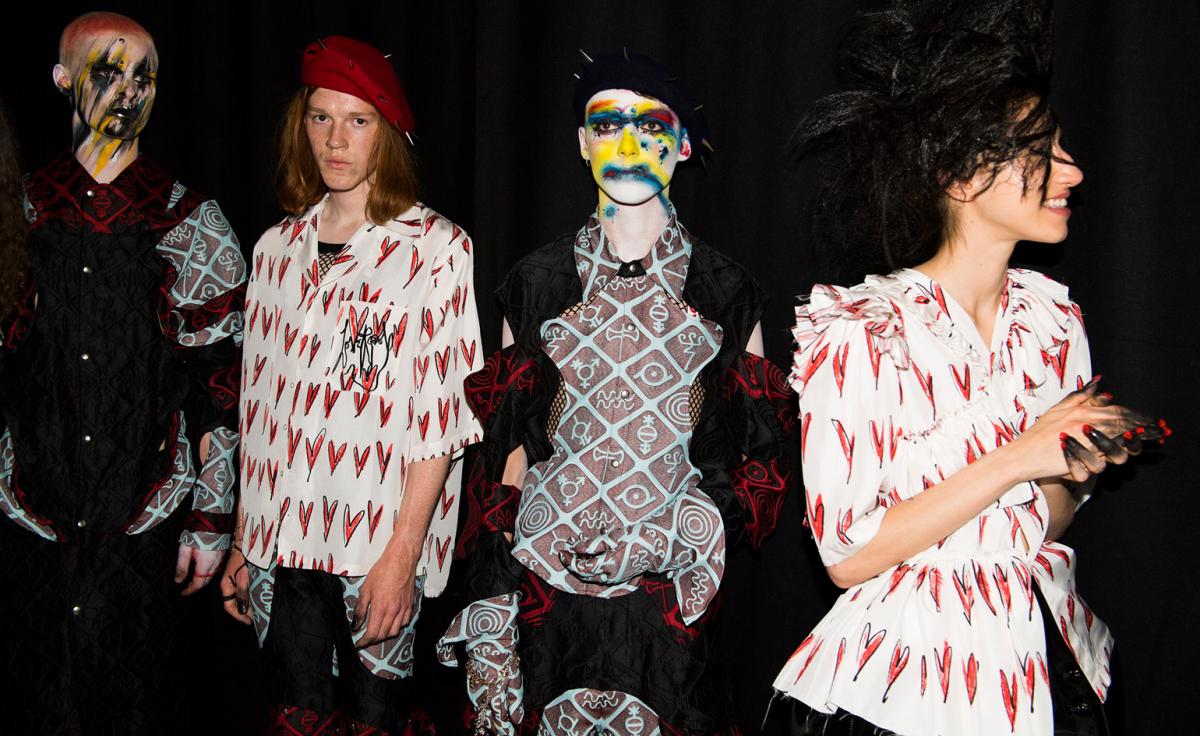 The LVMH prize finalist is praised for his exaggerated gender-fluid collections that blend a couture fashion with underground influences. The young Scot is flamboyant by nature but yet sophisticated when it comes to his sense of art. Jeffrey’s Loverboy collection started with poetry reading and how it ushered in the spirit of rebellion, followed by his usual theatrics on the catwalk. His designs for Spring/Summer 2020 has a military bent, splashed with bold colours, punk tartans and clashing prints. (Credit: Jason Lloyd-Evans) 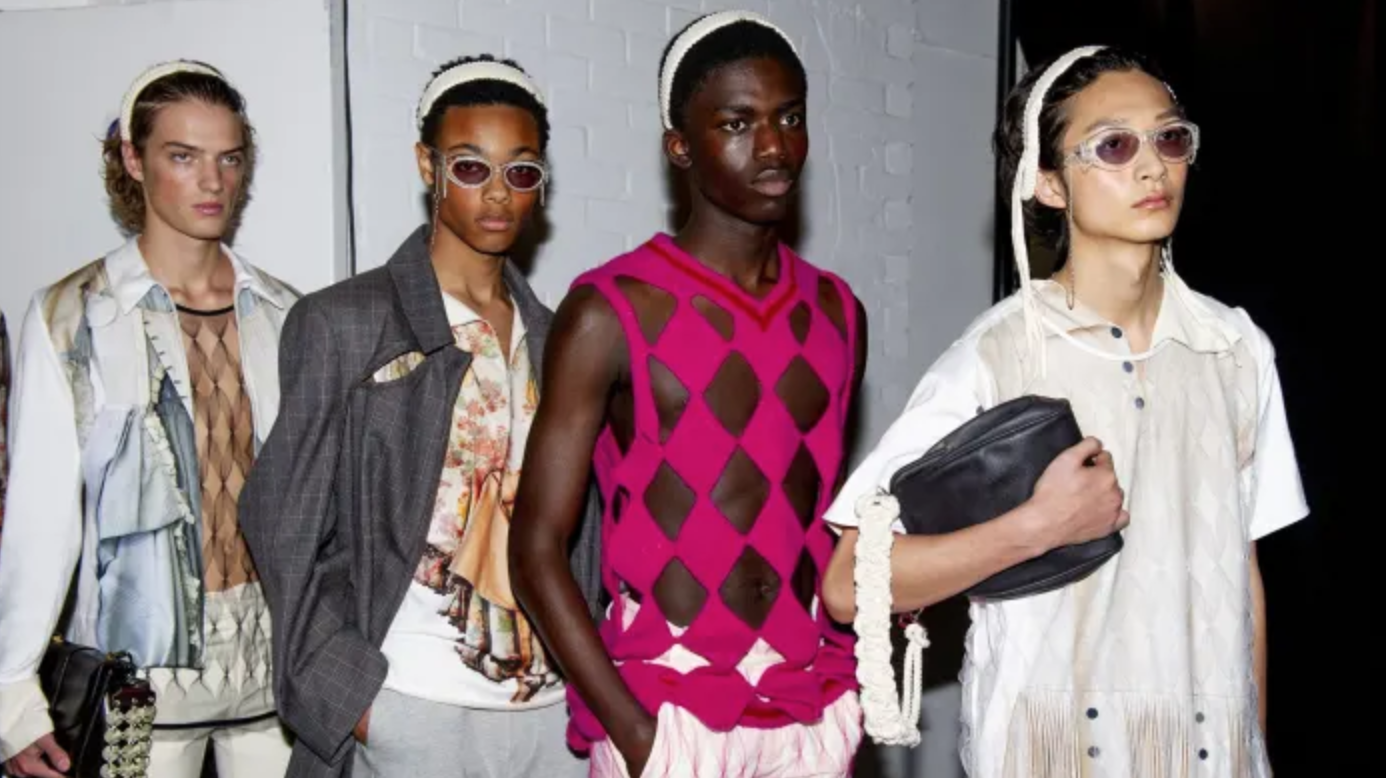 Stefan Cooke pushed the boundaries this season with a relaxed yet intricate silhouette that inspired by tromp l’oeil. Working with his partner Jake Burt, Cooke injected elements of costume into every day clothing by incorporating sweat pants with a regal aesthetic. Taking cues from college kids on the streets of New York, the designer celebrated the orchestrated style seen in the most mundane of settings. The duality in these fabrics might trick the eye but the details of diagonal motifs of argyle dissected into a complex woven lattice, to multidimensional knits, made the collection unique in its own rights. There is a strong sense of comfort in each ensemble, suggesting that the clothes may look challenging but are extremely wearable at the same time. (Credit: Jason Lloyd-Evans) 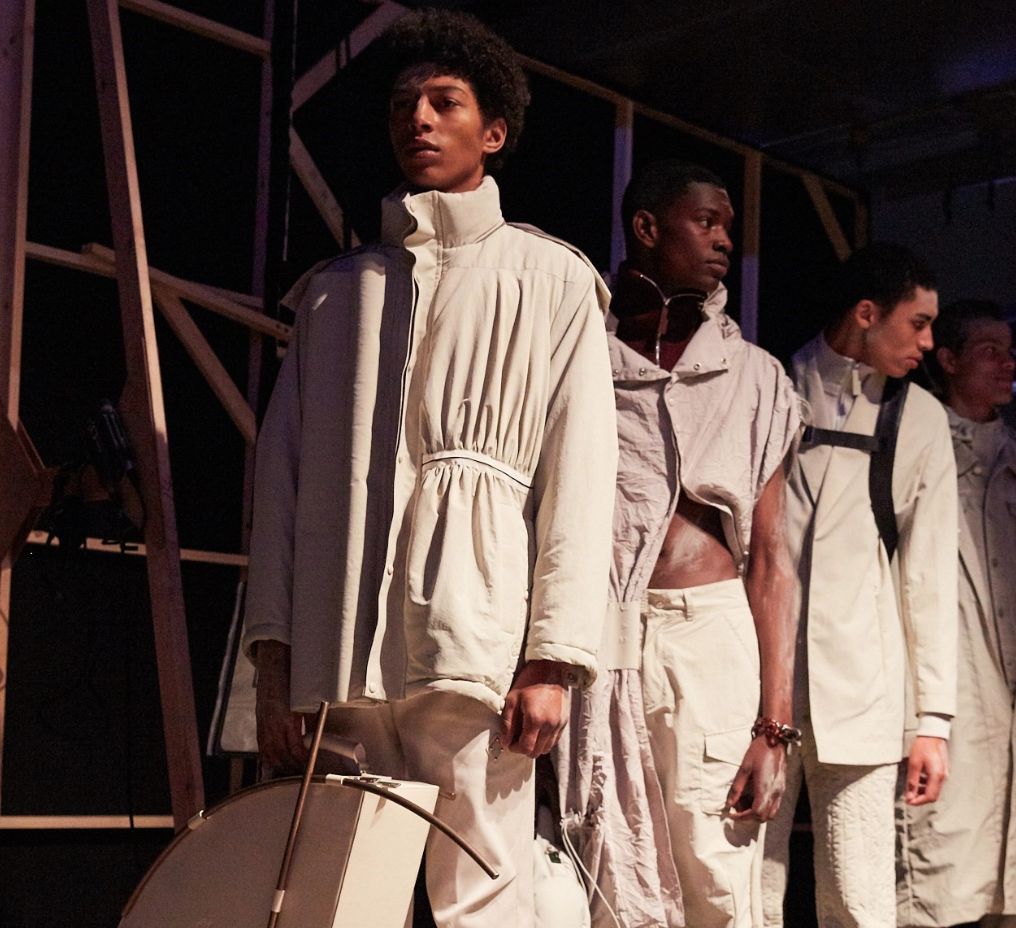 The latest recipient of the Fashion Award’s British Emerging Men’s Wear Designer prize presented a controversial collection that raised the eyebrows of many fashion critics. Samuel Ross described his A-Cold-Wall collection as ‘the scaffolds of society’, bringing in a new definition to luxury street wear. Anoraks, Macs and jackets in chalky earthy tones were panelled and cinched with precise construction, sometimes layered with harnesses. With a fresh and singular direction in design, Ross has a good number of exciting years ahead of him. (Credit: Jess Segal)

see more
London Fashion Week Menswear Designers Men's Fashion Week 2019 Spring Summer 2020
Martin Teo
Editor
Martin has a bent for history and food culture, especially of the Peranakan heritage. Since the pandemic, he finds joy in plant parenting and continues to expand his collection of Philodendrons, Anthuriums, and Syngoniums. He's now on a lookout for the elusive Philodendron Florida Beauty to add to his urban garden.
Dining Living Home

The Dior Silk Scarves caught your attention? Here are 4 ways to style them