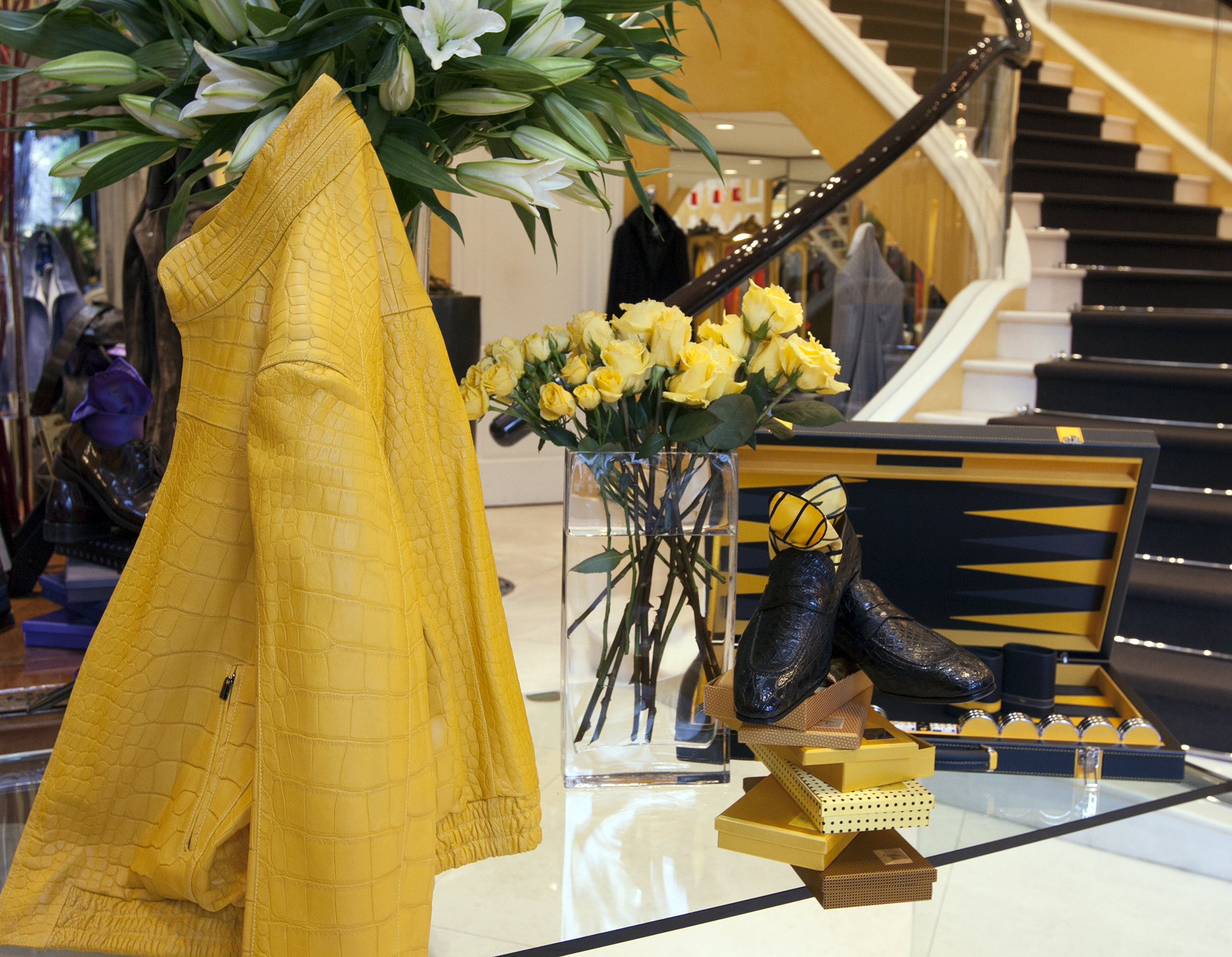 Until recent events, few would know what The House of Bijan was. Described as “the most expensive store in the world”, the exclusive boutique sits at the heart of Rodeo Drive in Beverly Hills. It is the only appointment-only storefront that caters to the upper echelons of society.

But what is it and why is it so exclusive?

First, a primer on the label. The brand was founded by none other than Bijan Pakzad, an Iranian designer who immigrated to America and settled in Los Angeles in 1973. His career as a fashion designer first began in Tehran, Iran with the Pink Panther Boutique before embarking on his American dream with the House of Bijan.

Having married twice, Bijan fathered three children, one of which took over the House of Bijan after his untimely demise in 2011. After building his entire legacy through a brand that is highly sought after, the reigns of the House of Bijan was passed over to his son, Nicholas Bijan Pakzad.

In 1976, the House of Bijan focused primarily on menswear before releasing its first-ever fragrance for men in 1979. It came in a crystal bottle with Bijan’s signature touch and manufactured by Baccarat of Paris. France.

Then in August 2016, LVMH bought over the land that the House of Bijan sits on in Rodeo Drive for a whopping US$122 million. This amounts to US$19, 405 per square foot, breaking the record previously set by Chanel in 2013 when it paid US$13, 217 for a plot of land it was leasing. So far, there are no mentions of what will happen to the House of Bijan after its sale to LVMH.

But what was it that brought Bijan to light in Malaysia? Up until recently, only the who’s who would know about the brand. As it turns out, everyone’s “favourite” former Prime Minister of Malaysia was recently ousted and with it came a landslide of allegations and revelations. One such discovery was the absurd amount of cash stored in his house alongside an abundance of jewellery, handbags, and watches.

Amongst the many Hermès Birkins found, Bijan stood out. In total, the full amount of assets seized by the authorities came up between a staggering RM900 million to RM1.1 billion. Of the total amount, the one-of-a-kind Bijan made-to-order handbag costs RM1.6 million.

It’s a funny coincidence too that if you spell Bijan backwards, you get the name of Malaysia’s beleaguered former PM.

The price tag though is just the easiest of all barriers. Bijan also employs a similar strategy to what Hermes does with its Birkin bags, keeping itself exclusive and rare at the same time. Boasting materials like kangaroo hide or crocodile skin, the House of Bijan deals with only the finest of materials, which just raises the ante for its namesake handbag. As each handbag is made-to-order, it increases the need for only those who can afford to buy one.

In fact, one will need to make an appointment to even stand a chance of getting to see what the interior looks like. Bijan also prides itself on providing a full experience once you step into its stores as it will provide you with all the garments you will ever need. This ranges from one-off suits to ties, shoes, and jackets, all tailor-made to your specific requests.

If you wonder why it goes to such lengths, one must consider the fact that Bijan has serviced the likes of Barrack Obama, Bill Clinton, Prince Charles, and both George and George W. Bush, to name a few.

However, it wasn’t only clothing and fragrances that Bijan became known for as both Rolls Royce and Bugatti have collaborated with the brand through its one-off, exclusive designs. There were only 30 of bright yellow (Bijan’s signature colour) Rolls Royce Phantom made, one of which sits right outside the House of Bijan boutique on Rodeo Drive.

If you were wondering, the price tag for one starts at US$1,000,000. The customised Bugatti Veyron also sits in front of the boutique alongside the Rolls Royce Phantom, featuring a black-and-yellow paint job — a far cry from its early days of just selling men’s clothes.

Rolls-Royce Beverly Hills Rodeo Drive Bugatti Veyron luxury menswear bijan house of bijan
Wi-Liam Teh
Senior Writer
Wi-Liam is a geek at heart with a penchant for tattoos. Never without a drink in hand (preferably whisky, gin, or Guinness), he is also a writer by day and a keyboard warrior by night. On his day off, he masquerades as a streetwear and sneakerhead enthusiast while his bank account says otherwise.
Tech Cars Watches Entertainment Food Drinks