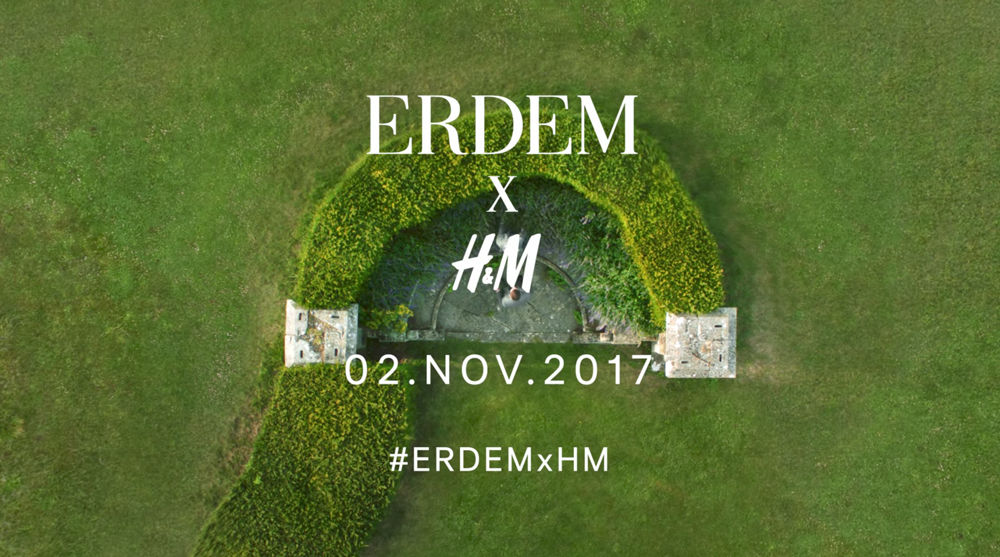 First look: Erdem is H&M’s designer of the year

Style
First look: Erdem is H&M’s designer of the year
Share this article
Next article

H&M has announced that Erdem is the designer it has joined forces with for its annual designer collaboration of 2017. Entering the cohort that features the likes of Karl Lagerfeld, Marni, Maison Margiela, Versace and most recently, Kenzo, Erdem is set to unveil the collection come autumn.

Canadian designer Erdem Moralioglu is the mastermind behind his eponymously named London label, which is known for its penchant for romantic antics. Having debuted its first collection more than a decade ago, Erdem is one of the handful of labels to have remained independent, while being backed by the support of a wide spectrum of high-profile women — from film stars and royalty to gallerists and executives — for its unabashed celebration of female strength and femininity.

Moralioglu is venturing into a brave new world for the collection. “He gets to try out a few things he hasn’t done before,” said Ann-Sofie Johansson, H&M’s creative advisor, to Vogue. “Like, it’s my first menswear,” Moralioglu explained. “And the menswear informs the women and vice-versa; I’m thinking of my sister wearing a tweed jacket over a tea dress and trainers. And what our parents were wearing when they met in the ’60s.”

Although not much has been revealed of the collection, Moralioglu’s inspiration was of a romantic scene set in the countryside. “There’s a video by Bruce Weber for the Pet Shop Boys song Being Boring that I’ve always loved. It’s about a group of young people at a country house mansion. It’s that idea of a country getaway with boys and girls dressing up and playing with their look, with girls in ball gowns and sneakers, and also sharing a wardrobe with guys,” the designer explained.

If that’s not enough to satiate your blooming curiosity, sit back and watch the Baz Luhrmann-directed teaser below.

The Erdem x H&M collection will be available in selected stores and online on 2 November.