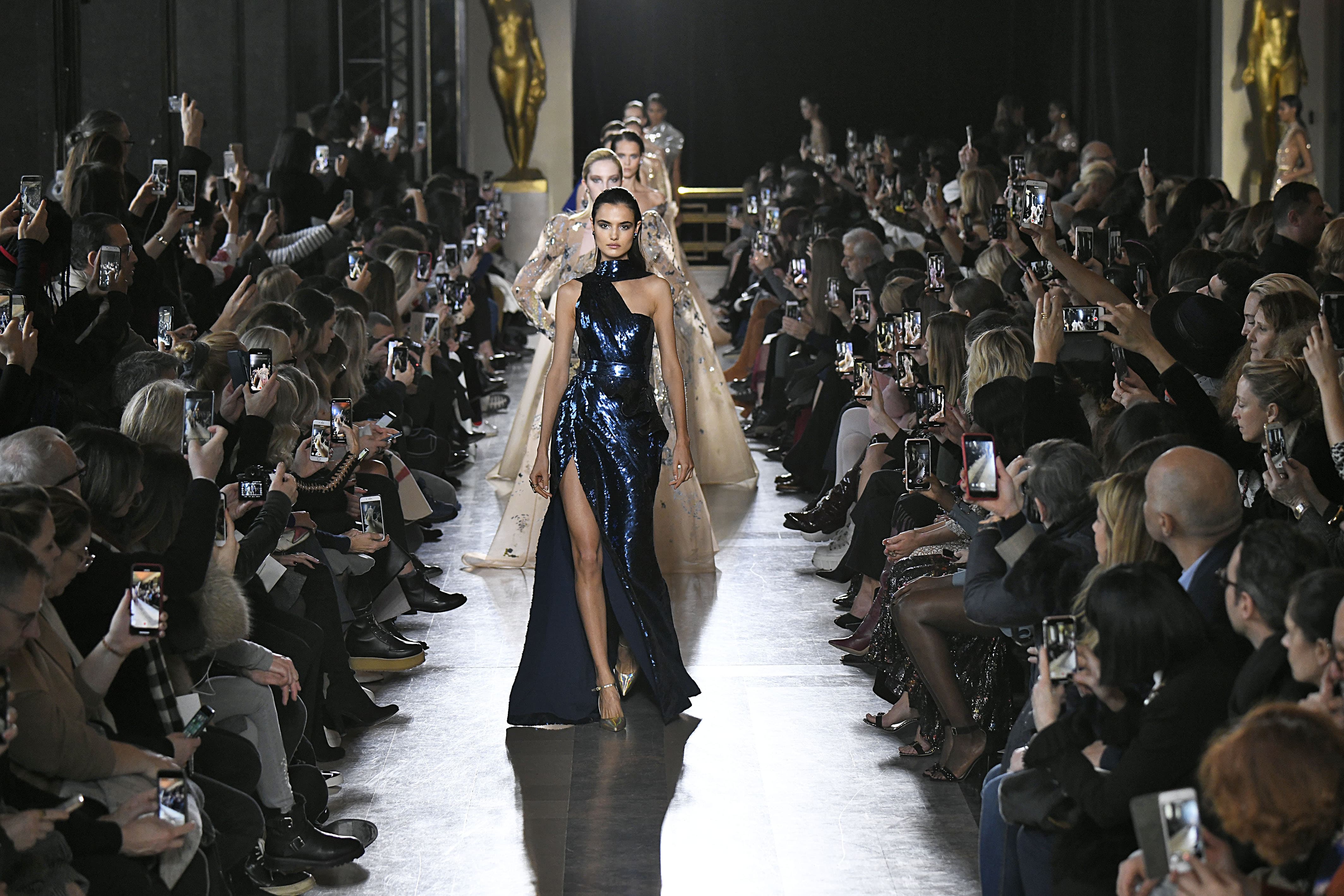 While Pierpaolo Piccioli’s couture offerings made the likes of Céline Dion emotional, Lebanese couturier Elie Saab rolled out fresh stock of everything red carpet worthy for the award season to come. After launching an app for Balmain, Olivier Rousteing took the legacy of Oscar De La Renta forward and showcased his first couture collection for the house.

Here is everything you need to know about Paris Couture Week Spring 19 day 3.

Pierpaolo Piccioli masters the ability to deliver a message via couture. For his latest presentation, diversity became an underlying theme. Besides his unapologetic use of colour, superb embroidery and overall celebration of craftsmanship, what stood out was his impactful casting. Some of the most prominent models took to the runway. While Natalia Vodianova made her way through a gathering full of fashion heavyweights such as Raf Simons, Clare Waight Keller, Giambattista Valli, Christian Louboutin, and Valentino Garavni, in an off-shoulder floral gown, Liya Kebede was seen in a ruched, high-neck floor sweeping pink number. South Sudanese model Duckie Thot, Jamaican model Naki Depass and the Caribbean beauty Karly Loyce were also a part of the diverse lineup put together by Piccioli. To close the show be ensured Naomi Campbell’s return to the runway after 14 years. She was seen in a panelled black number with a see-through top. Besides his signature show-stopping gowns, Piccioli rolled out some neatly done trousers in neon orange, greys and greens contrasted against layers of hues such as copper, hints of powder blues and rust. Summing up couture in all its glory were master strokes by makeup artist Pat McGrath; feathered eyelashes were everything.

In 2002, when Halle Berry descended on Oscar stage to claim her best actress trophy clad in an Elie Saab couture piece, the Lebanese couturier shot to global fame. And since then Saab’s creations have become red carpet fixtures. Be it Royalty and Hollywood’s best, those attuned to fashion trends swear by his sense of detail. And his recent show proved the same. Saab took to oceanic hues such aqua, coral and turquoise. Sharp sequinned pantsuits, cocktail tulle dresses, embroidered and embellished organza gowns and voluminous taffeta dresses summed up his collection. However, the hero pieces were a floor-sweeping aqua blue sequinned overcoat and a minidress covered in feather flowers.

Olivier Rousteing showcased his first couture show for the house of Balmain. Given the fact that the storied fashion label showcased couture when the late Oscar De La Renta was heading the house, there were certain hints of past but with a futuristic appeal. Rousteing whipped up a perfect concoction of metal chains, feather and leather. With an inspiration for new-age couture and with an idea to re-imagine ‘high fashion’ beyond traditional silhouettes, Rousteing presented an edgy line of robe-inspired, power shouldered gowns, tops with exaggerated bows and dresses with architectural attachments. Pearls in different shapes and sizes were a recurring element throughout the show; skirts, Balmain logo emblazoned pearl clutches, to even oversized pearl shaped shoulders.

Balmain Valentino Elie Saab Paris Couture Week
Anupam Dabral
Sr. Associate Editor
It was while studying fashion journalism at London College of Fashion that Anupam developed a keen interest in the anthropological aspect of the discipline; for him, fashion only makes sense when seen in the context of its environment. He is always on the hunt for great stories, and in his spare time binge-watches films/shows starring Whoopi Goldberg, Dawn French and Jennifer Saunders.
Fashion Jewellery Style

Living
If you need to start somewhere with houseplants, these are the most popular ones ranked
Beauty & Grooming
High-tech face masks that will upgrade your self-care days at home
Style
Watch the Dior Haute Couture Fall Winter 2020/2021 show live
Style
Are fashion shows no longer in vogue?
Beauty & Grooming
What does space smell like? NASA has just bottled it into a perfume
Food & Drink
6 tofu recipes to try if you’re trying to cut down on meat
Culture
Art imitates life in these movies based on true events
Style
Celine’s Belt bag has been given a mini makeover
Beauty & Grooming
Forget YouTube – TikTok is your newest platform for beauty education
Sign up for our newsletters to have the latest stories delivered straight to your inbox every week.